Dads told us what they really want for Father’s Day 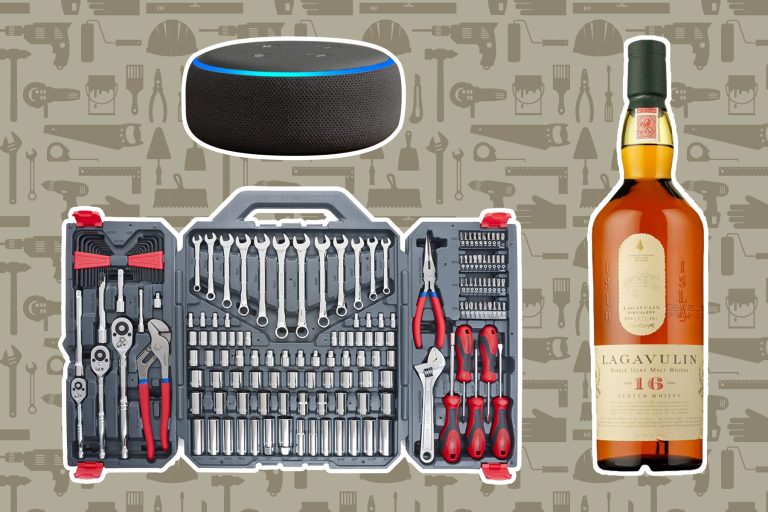 Despite what years upon years of habit would have us believe, neckties should not, in fact, be the go-to gift for Father’s Day. For starters, Dad probably already has a drawer full of them, some distinguished and some downright silly (in your defense, you were, like, 5 when you gifted him the Tweety Bird tie). But also, a Father’s Day gift should be more personal — something that suits his personality or needs, or that he loves so much he might actually want 100 of the item.

Now that we’ve taken the default Father’s Day gift out of rotation, you’re going to need to figure out a replacement. And since we feel a little guilty about pulling the whole necktie-gifting rug out from under you, we asked real-life dads what they really want for Father’s Day.

Before you head out to do your shopping, mull over what fathers are really hoping you’ll get them on this celebratory day for dads.

“Silence. Haha, just joking. Well, not really. But I don’t mean it as bad as it sounds; I swear. My job requires dealing with people all day long, so I’m sort of burnt out by the time I get home. I can’t just shut down for the day, obviously, because I do want to spend time with my family. But for Father’s Day, it would be nice to just have an afternoon where I literally don’t have to talk to anyone if I don’t want to. I probably would get bored and just end up wanting to hang with my wife and kids anyway, but I would appreciate the gesture.” — John B.

MORE: The history of Father’s Day — you won’t believe who created it

“A round of golf at a really nice course. Not the municipal course down the road, but somewhere I wouldn’t normally splurge on for myself.” — Brendan P.

“An adventure trip with my kids. I don’t want to just have a vacation where everyone sits in the hotel room with their faces buried in their phones and tablets. I want to spend time with my kids doing something cool, like river rafting.” — Robert M.

“A bottle of single malt whisky. I love beer, but if someone wants to give me something special that I don’t normally buy myself, they could get me a really nice bottle of something.” — Kevin S.

Card with the perks

“A movie pass card. I’m not sure if this is still a thing; I know that one company was in the news for going under or something. But if there is, I would love some sort of prepaid movie credit card that has perks like free snacks from the concession stand or something. And getting one would imply that I would get to go see a movie for Father’s Day, which sounds like a great day to me.” — Michael C.

for outside. Every time I’m in the backyard grilling or we take our camper to a campground and are hanging out outside, I say we need to get a portable Bluetooth speaker so we can listen to music.” — Jacob H.

“A new tool set. I don’t care how many tools I already have. You can never have too many tools.” — Brandon R.

“Can I say sex? You don’t have to include this if it’s not allowed, but I’m just being honest. This is what I’m thinking about when I picture a great Father’s Day: getting time alone with my wife, and the night ending with amazing sex.” — Jay S.

“A tattoo. It doesn’t matter what it is; if you’re like me and you want one, you probably already have ideas in mind. It would be cool to get one that represents my kids on Father’s Day.” — Melvin H.