How other countries celebrate Father’s Day 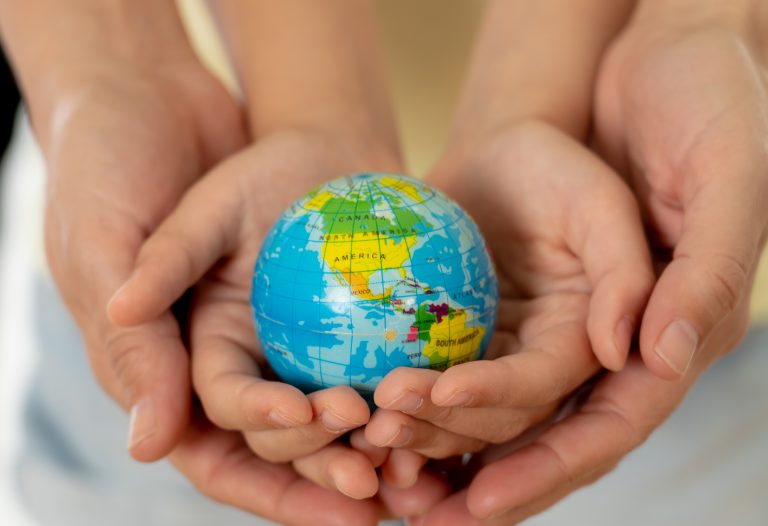 How will you celebrate Father’s Day? Will you take the dad in your life out to lunch? Maybe you’ll get him a present — the best-selling historical fiction book he’s been eyeing, or a brand-new ball cap since the old one is falling apart. A greeting card will undoubtedly be involved, funny or sentimental, depending on your relationship with dear ol’ dad.

Now, for another question: Do you know how other countries celebrate Father’s Day?

It’s an interesting question, because we’ll be the first to admit we’ve basically always taken for granted that Father’s Day is pretty much the same no matter where you are. So, if you’re anything like us, you might be surprised to learn that this special day involves some decidedly unique customs in other parts of the world.

Here’s how a few other countries celebrate Father’s Day.

For starters, Father’s Day does not take place in June in Australia. Rather, it is celebrated in September. As far as the festivities, the sentiment is similar to the U.S., where fathers are appreciated for their role in the family. This might entail treating Dad to a special meal (breakfast in bed never hurt anyone!) or — since it coincides with the start of spring in Australia — spending time together doing outdoorsy things like camping or fishing.

Unlike the U.S., Brazil observes Father’s Day — or “Dia dos Pais” in Portuguese — on the second Sunday in August, as opposed to the third Sunday in June. Dads are presented with gifts and cards, yes, but the holiday in Brazil really centers on family. And food. In fact, according to the Rio Times, many families gather the family together for a big meal at a churrascaria, or Brazilian steakhouse.

Celebrated on the third Sunday in June, Father’s Day in France is known as Fête des Pères. Its roots can be traced to Catholic tradition, which saw fathers honored every year on March 19th, or St. Joseph’s Day. This makes sense if you view it through the lens of religion — Joseph was the husband of Mary, who gave birth to Jesus. The carpenter worked hard to ensure God’s will was carried out, and that Mary and Jesus were taken care of.

Don’t tell Dad how Father’s Day is celebrated in Germany, or he might just book a plane ticket to be part of their festivities. Father’s Day in Germany, aka Vatertag, is a federal holiday. Historically, this involved men hauling wagons filled with beer and schnapps while they hiked in the woods. The celebration has since evolved into something known as Männertag, or “man’s day,” which is basically just an excuse for dudes to get boozy, go bike riding (because those are always a good combination) and generally indulge their machismo.

MORE: The history of Father’s Day — you won’t believe who created it

Father’s Day in Mexico, also known as “El Dia del Padre,” isn’t an official holiday — but it is celebrated. Falling on the third Sunday in June every year, El Dia del Padre is a day to pay respects to all father-like figures: dads, granddads, brothers, uncles, what-have-you.

Although there are certain similarities to the U.S. holiday (think gift-giving, greeting cards), Mexico’s version separates itself with a fiesta-like flair. Food plays a huge role, not surprisingly, and a race called the Carrera Dia del Padre 21k Bosque de Tlalpan is held in Mexico City as a way to bring together fathers and their families.

While Father’s Day is celebrated in Russia, it isn’t considered an official holiday. Still, who ever let that get in the way of fun? The “unofficial” Father’s Day goes by different names in Russia, depending on where you are. In Moscow, Novosibirsk, and Orenburg, it’s called “Father Fest.” In St. Petersburg, a large celebration called “Daddy-Starts” takes place. But they’re all rooted in ways that dads can spend time with their kids: doing arts and crafts, playing video games, dancing, participating in sports and more — all of which are done via games and activities in public centers.

Technically, Father’s Day in Thailand isn’t so much about all fathers as it is about one in particular: late leader King Bhumibol Adulyadej, Rama IX. Because he was considered the “father of the nation,” Father’s Day in this country is observed on the anniversary of his birthday, Dec. 5.

However, the Thai people do traditionally gift their fathers and grandfathers with a Canna flower, chosen because it is considered to be masculine. Other customs of the day include wearing yellow out of respect for King Bhumibol (the color of the day he was born), holding special events at schools to honor fathers, and ending the night watching fireworks and singing the Thai national anthem.