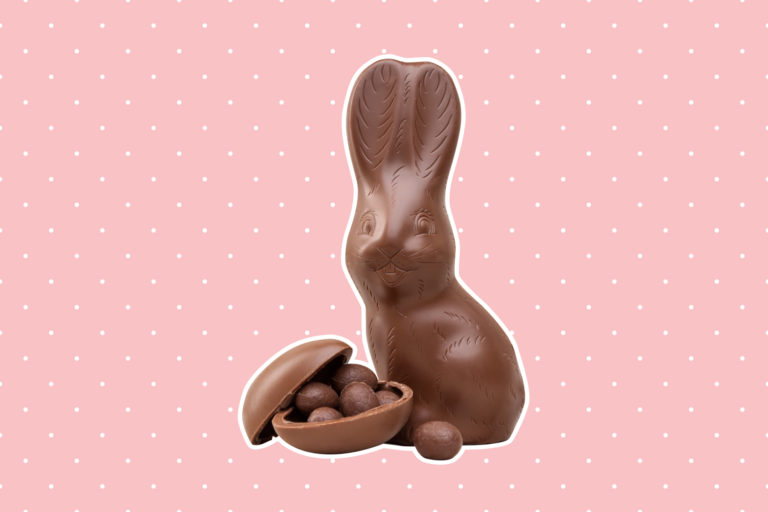 Let’s dig into all the Easter fun facts, numbers and history, from its pagan beginnings, to its current condition, to exactly how many jelly beans we ingest during the big weekend.

Turns out, it’s a lot. But even these numbers exceeded our expectations. To sum it up: People really love Easter. And they really love celebrating Easter with all their favorites like eggs, ham, church and, of course, candy. (Gotta have those Peeps.)

About 80 percent of Americans celebrate Easter.

35 percent have an Easter egg hunt.

ALSO CHECK OUT: How to make the perfect hard boiled eggs

An estimated 11 million Easter lilies are sold in North America each year.

Americans spend over $17 billion celebrating Easter each year — that’s an average of about $150 per family. The most expensive part of the tradition? Easter dinner, which costs the country about $5.5 million in hams and deviled eggs.

The only holiday that involves more candy-eating than Easter is Halloween.

A solid 81 percent of parents admit to stealing candy from their kids’ Easter baskets.

Ninety-one million chocolate bunnies are sold each year in the United States leading up to Easter.

The most popular kind of Easter candy is chocolate eggs — which were invented in Europe during the early 1800s.

ALSO CHECK OUT: 6 new Easter candy and cookies coming in 2019

Peeps are the most popular non-chocolate Easter candy in the country, with 700 million of the little marshmallow guys eaten every year in the United States. Five million Peeps are made every day, year-round, in preparation for Easter (maybe this is why some of them taste stale).

Yellow Peeps are the most popular color of Peeps, followed by pink, lavender, blue and white. We honestly didn’t even know they made white.

When it comes to chocolate Easter bunny consumption, 89 percent of people think you should eat the ears first. Six percent start at the feet, and 5 percent gnaw the tail first (who are these people!?).

Historians believe that eggs are part of the Easter holiday because of the event’s ties to ancient pagan celebrations, where eggs symbolized fertility, birth and the coming of spring.

The Easter Bunny himself might also be a symbol of older traditions tied to fertility and spring. And he was originally a she. Rabbits are famously fertile, and baby bunnies are a sign of new life after a long winter. More specifically, the pagan god of fertility, Eostre, was symbolized by the rabbit.

Having lamb for Easter dinner is tied to the Jewish roots of Easter and Passover — as the animal was often offered as a sacrifice way back when.

Jelly beans were invented during the Civil War and first advertised when a Boston candy-maker suggested sending the candies to Union soldiers. Jelly beans didn’t become a popular part of Easter until the 1930s, though, and only then because of their egg-like shape.

Before jellybeans and chocolate bunnies became synonymous with the holiday, hot cross buns were a popular Easter treat.

According to Guinness World Records, the largest Easter egg was over 34 feet high and weighed nearly 16,000 pounds.

ALSO CHECK OUT: How to create all-natural Easter egg dye

The largest chocolate bunny ever made (also according to Guinness) weighed 6,635 pounds and was 12 feet tall. A four-person team in South Africa sculpted it over three days.

The largest Easter egg hunt on record was held in 2007 at Cypress Gardens Adventure Park in Florida. It involved just over half a million eggs.