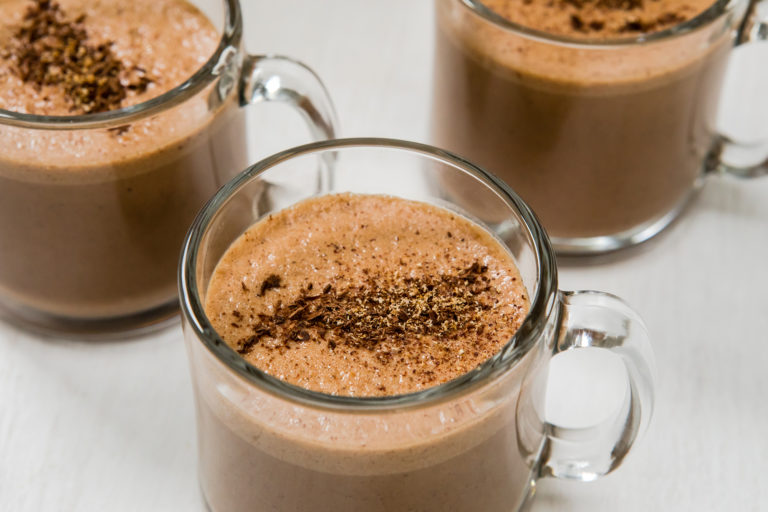 Eggnog is as much a part of American holiday traditions as twinkling lights and Santa Claus. It’s a drink that some adore and others — well, not so much.

Those who love eggnog will tell you that if you don’t like it, it’s because you have never had homemade eggnog.

The rich but simple ingredients in made-from-scratch nog are light-years beyond anything you will taste in a store-bought carton. For this mocha eggnog, we have added a new twist to the old favorite with the addition of rich, creamy chocolate.

Chunks of chocolate for this rich mocha eggnog recipe 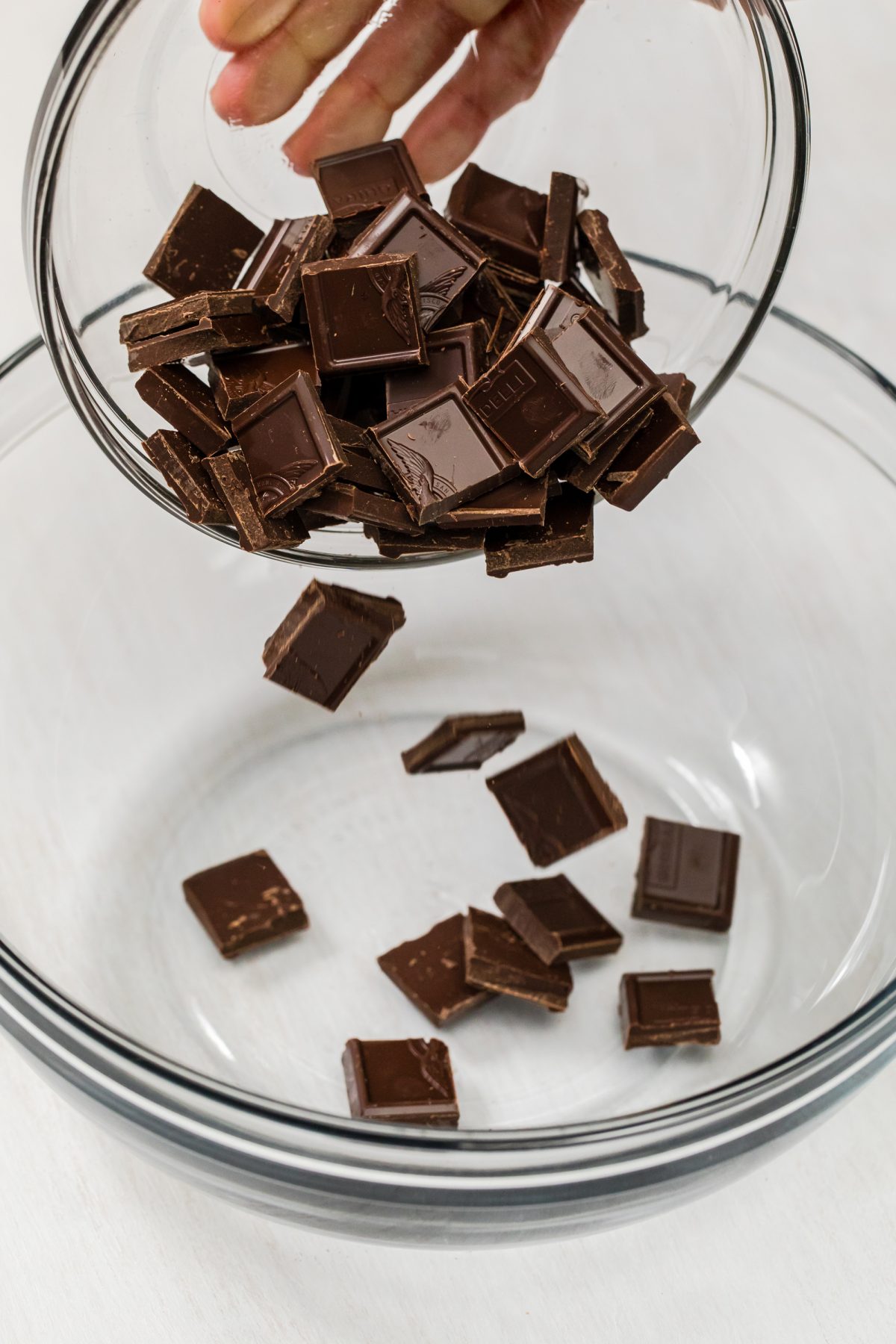 The rich, sweetened cream is reminiscent of home-churned ice cream, and, when combined with a hot cocoa made from melted chunks of real chocolate, you get a delectable drink that is sure to make anyone merry. Serve it up with a garnish of nutmeg and a splash of bourbon, brandy or cognac for a holiday treat.

The history of eggnog

Like many holiday dishes that seem like strange combinations — such as sweet potatoes and marshmallows or green beans and canned soup — eggnog leaves one wondering how and where it originated. How did anyone ever decide that drinking a mixture of milk, eggs and alcohol was a good idea? 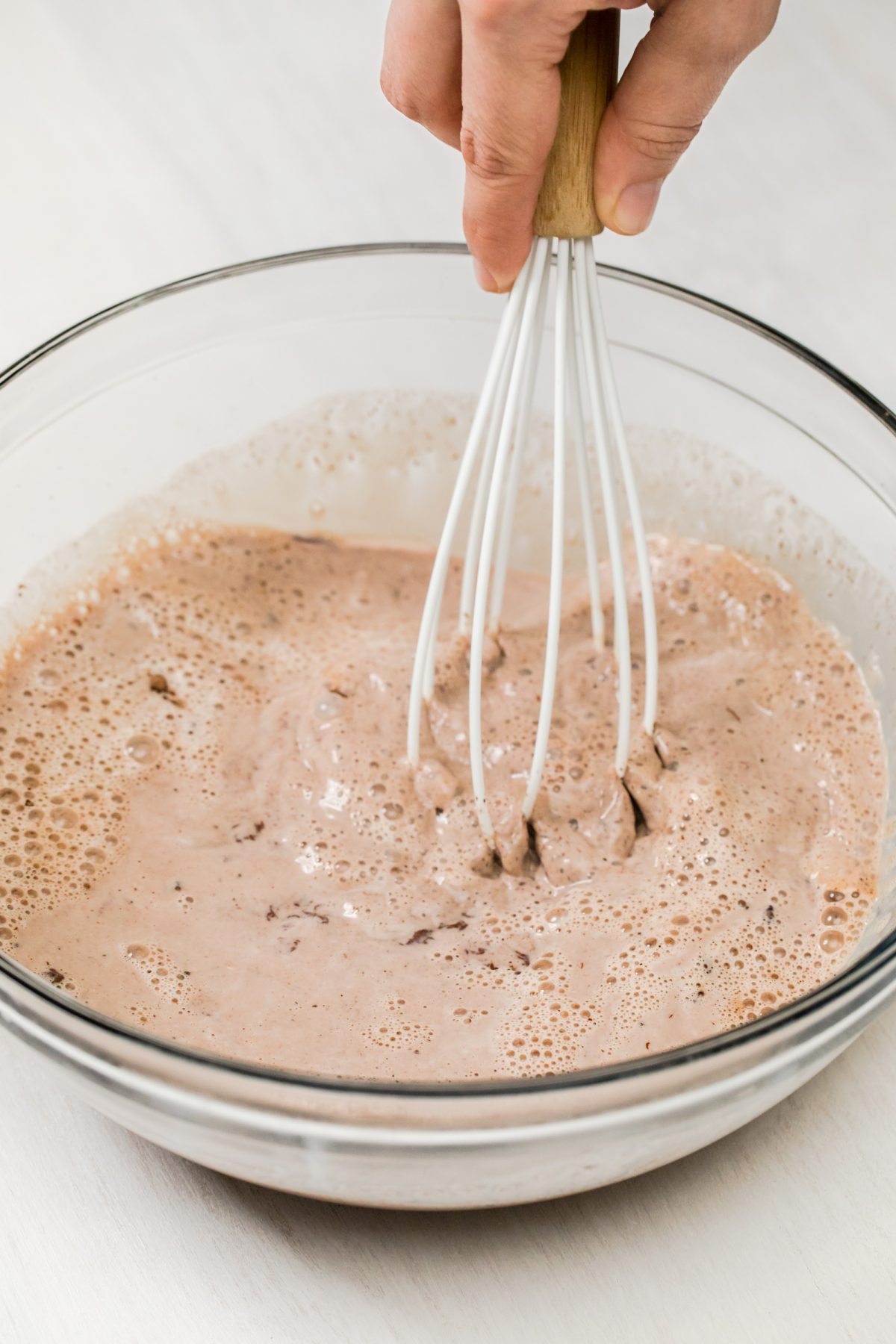 Eggnog probably comes from the medieval British drink called posset, which was a milky, hot ale. In 1885, one newspaper noted, “This drink was held as a great luxury, and found use both as a drink and a medicine.”

Posset was later taken to the new colonies in North America, where the abundance of livestock made it possible for the early settlers to re-create the drink with plenty of eggs, milk, cream, and whiskey or rum, which were easier to come by in that part of the world. The name may have come from “egg-n-grog,” a description of the beverage (with grog being one of many different alcoholic drinks).

That’s how we put the egg in eggnog 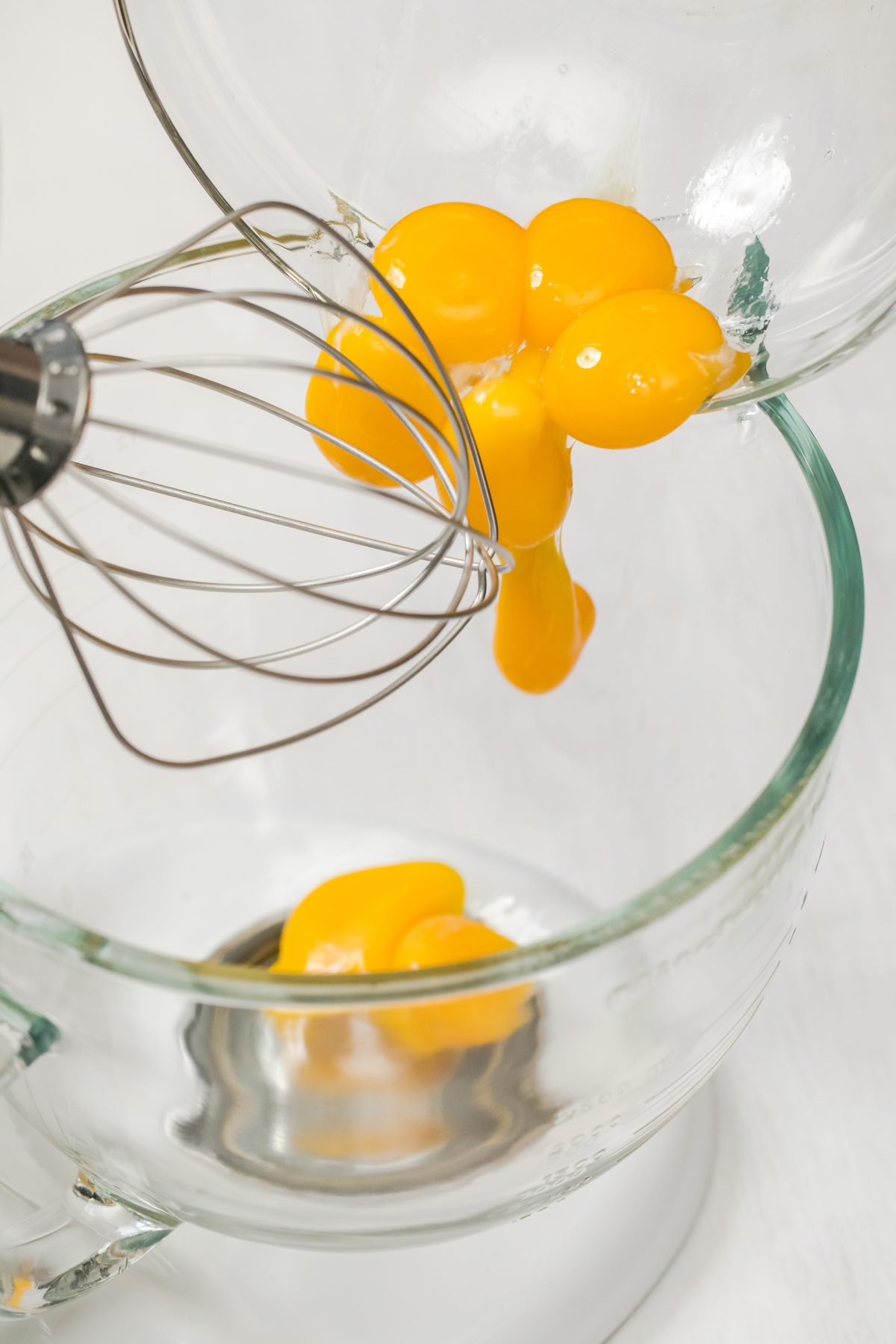 The popularity of this creamy winter drink spread, and many other versions of eggnog — such as Eierlikör in Germany and Coquito in Puerto Rico — can now be found around the world. 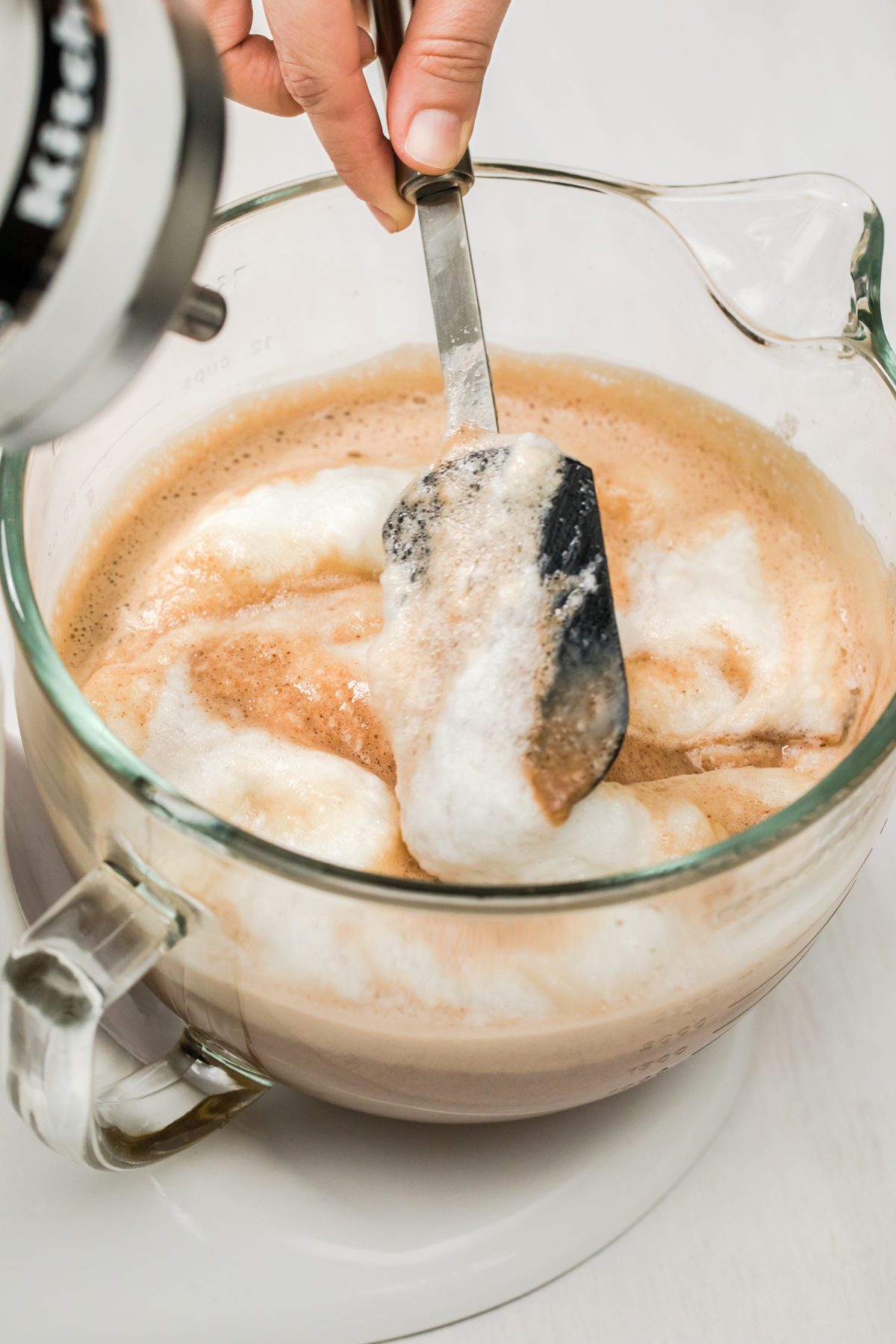 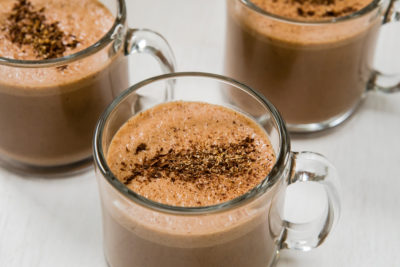 Shave some chocolate then grate a little nutmeg on top 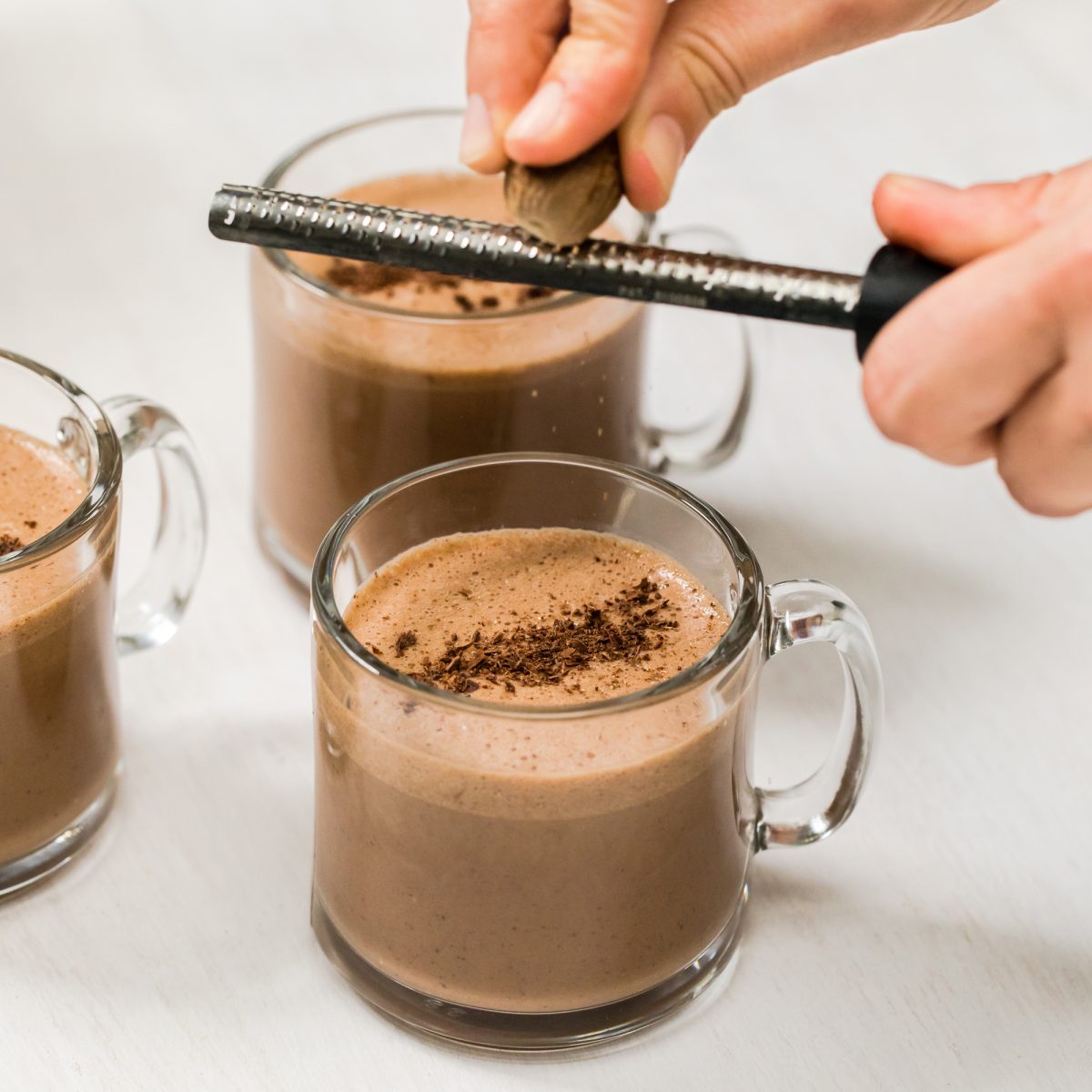 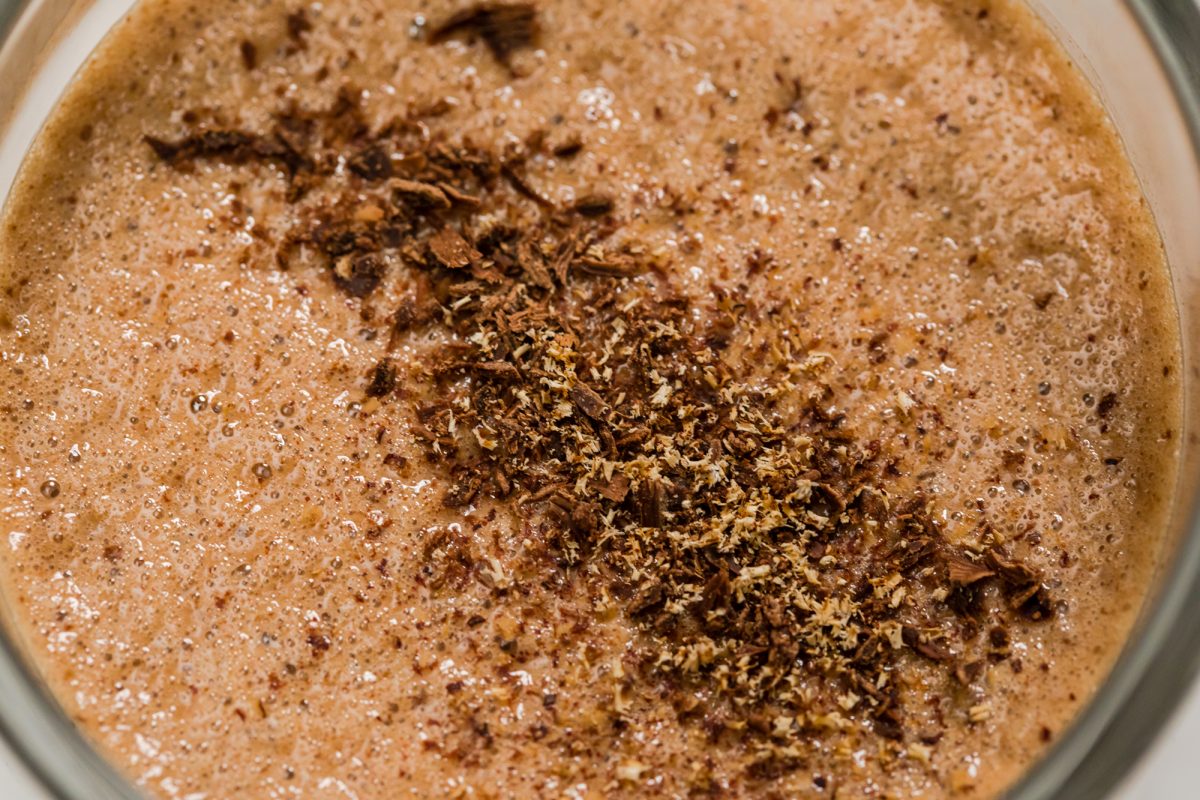