5 recycling myths & what you should actually be doing 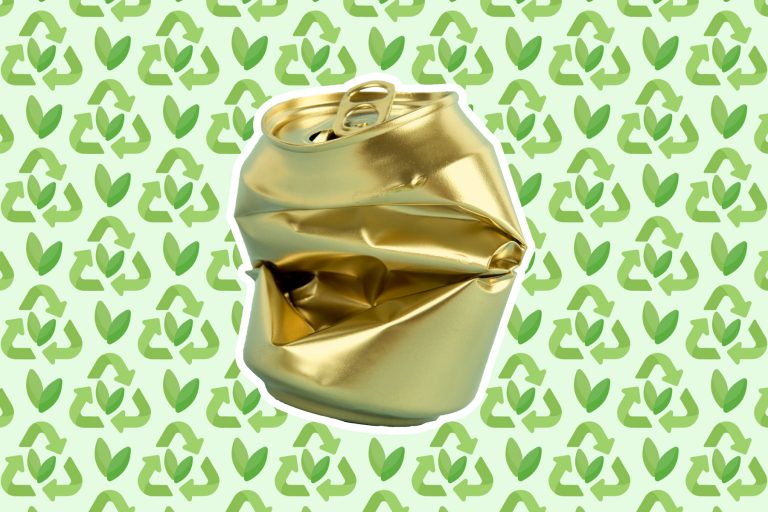 In the United States, over 250 million tons of trash are generated annually and, of that, more than half ends up in landfills. Yes, you read that right. So, what’s the holdup? How come more people aren’t recycling? Well, maybe it has something to do with the fact that myths (and, let’s be real, excuses) about recycling seem impossible to dispel.

In debunking some of these myths, hopefully we can prove recycling is easy and no more work than you’re already putting into your trash. In addition to reducing the amount of waste sent to landfills, recycling boasts myriad benefits: It conserves natural resources, saves energy, helps create jobs in the recycling and manufacturing industries, and ore.

Let’s get to it then, right? Here are a few common myths about recycling, and what you can do now that you know they’re bogus.

MYTH 1: It requires more energy than it’s worth.

Despite the fact that this myth has been kicked around for decades, it lacks real merit. Per the United States Environmental Protection Agency (EPA), recycling one ton of aluminum cans conserves in excess of 152 million Btu — or, in other words, the equivalent of 1,024 gallons of gasoline or 21 barrels of oil consumed. Recycling just 10 plastic bottles saves enough energy to power a laptop for more than 25 years.

WHAT TO DO: Take some of that energy you’re saving and use it to not only start recycling yourself but to encourage others to do so, too.

MORE: How to upcycle mismatched Tupperware

MYTH 2: Trash needs to be in “good shape” to be recycled.

You’re having lunch and, without thinking, you crunch the can you’re drinking out of. It’s now dented and crumpled, so you decide just to throw it into the regular trash when you’re finished with your meal. “When items become damaged, they differ from the ‘prototype’ or idea version of that product, and as a result, they are perceived as being less useful. As consumers, we tend to equate things that are useless with garbage,” explained Jennifer Argo, a marketing professor at University of Alberta’s School of Business, in a study published in the Journal of Consumer Research.

WHAT TO DO: Even if a recyclable isn’t in pristine condition, you can still recycle it — with one exception. Broken glass can be hazardous to the workers who collect recyclables and should be sealed in a box or wrapped in newspaper before being placed in the regular trash. Having said that, some municipalities accept broken bottles in recycling as long as the pieces are 3 inches or larger, so always check your local recycling info.

You see a bin for plastics. A bin for glass. A bin for paper. Thus begins your existential crisis, because where the heck do you put items that blur the lines between the different materials? If you’ve always assumed that just because something is made of mixed material it can’t be recycled, well, guess again. Admittedly, this type of packaging’s multi-material composition does make it harder to recover and recycle. That doesn’t mean it can’t be recycled at all, though. Organizations like the Sustainable Packaging Coalition’s Industry Leadership Committee are hard at work trying to find “sustainable end-of-life solutions” for this type of packaging.

WHAT TO DO: Be as mindful as possible of the type of packaging being used for products you buy. When possible, stick to items that are recycled or recyclable. Since it may be difficult to avoid mixed-materials flexible packaging altogether, familiarize yourself with facilities across the country that accept this sort of packaging for recovery. You can find that map here.

Whether you swear you saw your garbage guy toss your recyclables in with the rest of your trash or you’ve been told someone plucks recyclables out of the trash before it heads to the landfill, you might believe separating recyclables isn’t a big deal. But it is, and there are a few logical reasons. Per the EPA, “Putting items in the recycling bin that can’t be recycled can contaminate the recycling stream. After these unrecyclable items arrive at recycling centers, they can cause costly damage to the equipment.” Also, when recycling center workers do have to sort trash from recyclables, it unnecessarily raises costs for the facility.

WHAT TO DO: Check with your local recycling center to find out what recyclables they accept and how they prefer to receive them. And just get in the habit of sorting so that it becomes second nature.

MORE: How to use old neckties to make cool scrunchies

MYTH 5: Things can only be recycled once.

If something can only be recycled once, you might be thinking it’s effectively a waste of time to go through the trouble. The reality, though, is that some recyclables can be recycled over and over again.

WHAT TO DO: Research. Plastics, as predominant as they are, are one of the materials with the short recyclable life. Alternatively, metals like aluminum can be recycled time and again without degrading. Glass is the same. When possible, use (and recycle) these materials instead of plastic.

Got an old pair of Vans? Don’t throw them away! Upcycle them to reflect your favorite comic book or movie characters. Learn how in the video below.