Ask the Pros: 5 things a minimalist says you should get rid of right now 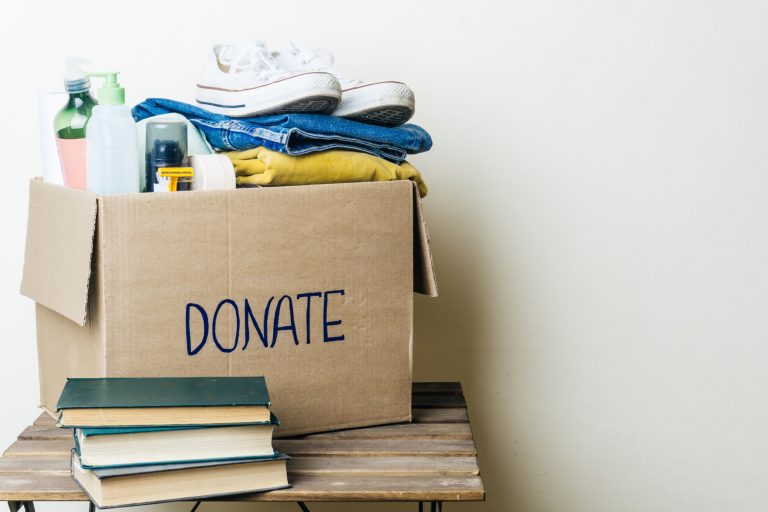 As a minimalism and simplicity coach, Rose Lounsbury helps people find freedom and clarity by clearing the clutter in their lives.

The busy mother of young triplets started her business seven years ago after a friend introduced her to minimalism. After slowly removing all of the extra mess from her life, Lounsbury realized how rewarding it was to not have to manage so many extra, unnecessary items.

Because she created a successful business based on her own lifestyle, Lounsbury’s personal beliefs go hand in hand with her career. She uses this personal passion in private sessions and public speaking events to help others organize and declutter their lives.

We chatted with Lounsbury to get her best tips and tricks so you, too, can start your minimalist journey.

GRATEFUL: If you could choose five things everyone should throw away right now, what are they, and why?

ROSE LOUNSBURY: First, VHS tapes. I really can’t think of a reason anybody would need those. If they’re old home movies, get those converted to digital and then throw away the VHS tapes. Anyone with VHS tapes needs to let those go.

Second, user manuals. For products like your coffee maker, DVD player, iPhone … all of that stuff. You can just throw those away because all of them are online. If you’re nervous about it, just Google it first and see if it’s online. It probably is.

Third, projects and things related to projects or hobbies that you’re no longer interested in. A lot of people get into something like scrapbooking, and they buy all the paper, cutters, stamps … and then make one and a half scrapbooks. They’re hanging on to all this stuff, and there’s tons. They spent a lot of money on it. The thing is, an adult can outgrow a project the same way a kid can outgrow a pair of pants. You would not hang onto a pair of pants that no longer fit your child. You’re not going to get the child back in the pants. The same thing with the project. Now you’ve outgrown it, you look at these scrapbooks, and you feel bad and guilty. It’s actually adding negativity to your life. Move onto a project you’re actually excited about. A project is not usually a necessary thing. So, my God, why would you keep projects you don’t like?

Fourth, clothing that no longer fits. The only exception being if you are a woman who has had a baby within the last year: You’ve got to give your body time to return to [its original] state. A lot of people hang onto clothes for when they lose weight and that sort of thing. We’ve all done that, and so I tell [people] that, when you lose the weight, you owe it to yourself to go buy yourself new clothes that you love. That’s a huge reward for having done the hard work.

And last, stuff in kitchens that [people] never use: china, serving platters, things like that. [If] you don’t ever use those … let them go, because they’re just taking up space. They probably make you feel guilty because, a lot of time, [they] were given as gifts or from someone who passed away. You’ve got Grandma’s china, or [your] aunt always buys these glass dishes or whatever. That’s not what the person who loves you wants you to feel. They want you to feel happy. They want you to feel joyful. They want you to enjoy your life. So, let go of those dishes.

G: How do you practice minimalism with children, who need so much stuff?

Approach [your child] as you would approach any other person. Say, “Hey, I noticed that you have a lot of Barbies and that you can’t play with all of them. There are lots of kids who don’t have as many toys as you have. I was wondering if we could go through and pick your favorite ones to keep and let the other ones go to a kid who may not have as much as you do.”

Your kids, no matter how young they are, are smart enough to [notice] if your bedroom is a disaster, if your bathroom is a disaster, if the garage is so packed that you can’t park there. If you’re going to [suggest] that they pare down their stuff and you haven’t done that first, it is hypocritical, and it will not get you what you want. First, you have to deal with your own stuff. Then you approach. And if they say no, you say, “OK, that’s fine. Let’s try it again later.”

My kids have donation boxes in their rooms. When they get something new, they just automatically put something old in the donation box. They just do it. It’s very normal and natural for them, but that’s because it’s been modeled so much and talked about in their life. You have to be living the lifestyle to do this with kids.

G: What does it really mean to be a minimalist?

RL: Being a minimalist is [when you become] very clear about what you want out of life, the kind of life that you want to live and, more importantly, how you want it to feel in your life. And then having the guts to let go of everything that’s keeping you from that.

A lot of times we want to feel peaceful, we want to feel free, but we’re running around like crazy. Our schedules are jam-packed. We are in deep debt, and we work really hard to pay for the things that we have because we have so much stuff. We’re trying to fill our lives with all of these extra things.

And those things are not actually bringing us joy and peace. A lot of times, they’re doing the exact opposite: creating anxiety and stress because we have to maintain them. We have to find places for them. We have to put them back when other people get them out. It creates a lot of anxiety. It didn’t give me freedom [or] downtime. And that was what I really wanted in my life. So I realized that to get those things, I had to narrow my life down to the things that actually support me.

For some people, being a minimalist looks like living out of a backpack and traveling wherever you want. For others, being a minimalist looks like you’re living in a normal suburban house, just [without] as much physical stuff as everyone else. It’s actually kind of an internal thing … the things that [people] find useful or valuable [are] going to vary from person to person.

G: What are some stereotypes and myths about being a minimalist?

RL: People think [it] means you don’t have any stuff at all, or that you’re living in deprivation and have nothing … just the bare walls with one couch. Minimalism is actually living the opposite of that. It’s living a life of abundance, because you have what you really love and what really matters, and you have time, freedom and the ability to do the things you want to do. Nobody wants to spend their time cleaning out their garages. Nobody wants to spend their time reorganizing their pantry.

G: What emotional reactions do people feel as they transition to this lifestyle?

RL: There’s an initial fear of letting go, and that’s why a lot of people avoid dealing with their stuff. It’s because of that fear of facing it. It’s scary. It feels kind of wrong at first. I experienced this myself. Like, can I really let go of my grandma’s dishes? It’s just because we’re not used to doing it. Initially, there’s a discomfort, but people get over that really quickly. The emotion that they feel most, which is so much stronger than that discomfort, is the freedom from not having to deal with the stuff anymore.

MORE: From interior designer to nut farmer, one woman shares her side hustle success

You can also reduce the amount of waste and toxins in your home by making natural cleaning supplies. Get 3 easy DIY recipes in the video below!