How Thanksgiving has changed over the past 100 years 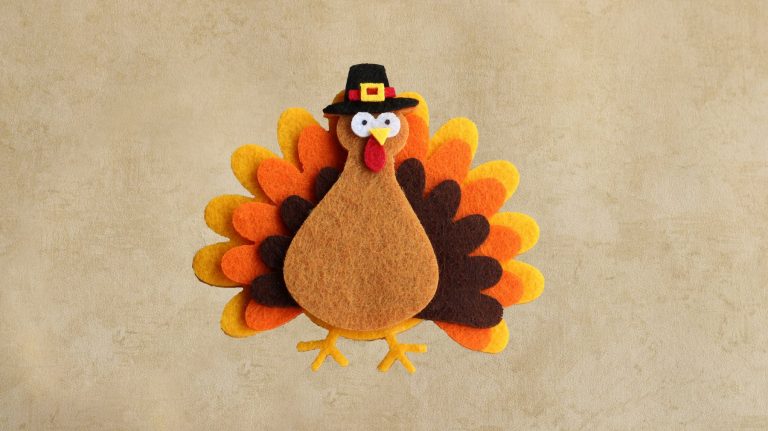 The year is 1919.  Many families are spending their first Thanksgiving dinner together since World War I ended.  It’s a time of celebration, hope, and defined gender roles. Oh, how things have changed! (Except for the menu. The menu hasn’t really changed.)

Here’s a look at Thanksgiving history and evolution from 1919 until now.

The first Thanksgiving meal was prepared 100% by women (only four of them, to be exact).

Fast-forward to 1919, Congress had just passed 19th amendment granting women the right to vote. It would be ratified the following year. And while the nation was on it’s way to gender equality, 1919 was really just the beginning. Meaning not much had changed in the way of household duties.

Today, the duties are split a little more evenly with 84% of men helping with the meal in some way, and 42% of men cooking the actual turkey.

The prohibition era was just getting started in 1919, which surprisingly (or not!), birthed some delicious cocktails that Americans still consume on the regular. Highballs, French 75s, Sidecars … the list goes on. People back then were more apt to consume these cocktails in secret, though — not around the Thanksgiving table.

It’s hard to pin down exactly when Friendsgiving became a thing. Some say it began in 2008 when the economy took a nosedive, and millenials who had moved to urban areas could no longer afford plane tickets back to their hometowns.

Others argue that the TV show Friends created Friendsgiving.  The term was coined by Urban Dictionary in 2009, so it’s been a thing for at least a decade, and it doesn’t necessarily take place on Thanksgiving Thursday.

In 1919, stuffing your face with friends wasn’t a thing. In fact, Word War I had just ended a year earlier, and the government was encouraging families to save food, not overeat.

An 1918 Thanksgiving poster from the Food Administration proclaimed, “Eat less and let us be thankful that we have enough to share with those who fought for freedom.”

MORE: 11 Unique Thanksgiving side dishes to add to your menu

Although 88% of Americans consume turkey on Thanksgiving Day, the first Thanksgiving in 1621 most likely featured deer or fowl as the main dish.  Writer Sarah Josepha Hale (also the author of “Mary Had a Little Lamb”) can take most of the credit for turkey’s Thanksgiving takeover.  She campaigned heavily for Thanksgiving to become a national holiday, and even included an entire chapter on turkey as the main dish in her book “Northwood: A Tale of New England” in 1827.

As shown in this menu from 1919, the meal remains similar a hundred years later in 2019: turkey, a cranberry dish, mashed potatoes, creamed cauliflower (a trendy replacement for mashed potatoes), pumpkin pie … not a lot has changed. Though they did include some interesting side dish suggestions like homemade relish, Nesselrode pudding (aka chestnut pudding) and creamed artichokes.

Thanksgiving may be a huge day for food consumption, but it’s also the most popular day of the year to run in a race. Thanksgiving 5Ks — “Turkey trots” — have been around since 1896, when the Buffalo YMCA hosted their first holiday 8K. Only six people ran in that first race.

Although the dismal origins of Black Friday go back to 1869, only in the last decade have stores begun to open for shopping on Thanksgiving Day — amidst massive backlash from consumers and employees.

Whatever your feelings are toward shopping on Thanksgiving Day or Black Friday, most Americans can get behind Small Business Saturday. American Express came up with the idea in 2010 to encourage spending in local shops during the holiday weekend.

In 2019, the most popular toys look a little different than teddy bears and train sets. The hot items include the Nintendo Switch, Gatchimals and Baby Shark song puppets. Basically, we still like stuffed animals, games and puzzles, as long as they have a tech twist.

We are definitely not in the prohibition era anymore. Given that many Americans don’t work on Thanksgiving Day and a fair amount of college students come home for the holiday, the night before Thanksgiving has become a night of binge drinking for many. In 2006, the term Black Wednesday (aka Blackout Wednesday or Thanksgiving Eve) was coined; since then, Mothers Against Drunk Driving (MADD) recognizes it as the deadliest holiday of the year because of an increased number of drunk drivers on the road. MADD even partnered with Uber last year to offer free rides on Thanksgiving Eve in Massachusetts and Rhode Island.

The first formal football league wasn’t established until 1920, and people definitely didn’t have televisions to watch the game.

Back in 1919, boxing was actually the most popular sport. In fact, the 1920s and 1930s are considered the golden age of boxing.

Since 2006, Thanksgiving has turned into a triple-football game day with more than 30 million viewers tuning in post-feast.