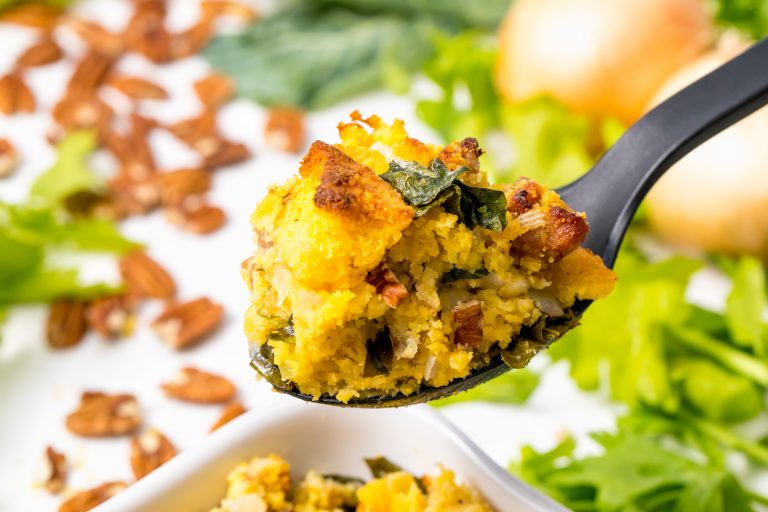 Thanksgiving is the most celebrated meal of the year and we want your stuffing to be a belly-filling reason for your holiday guests to cheer! Our all-American stuffing, inspired by Bon Appétit, delivers all the festive flavors your family and friends love.

Featuring big toasted chunks of homemade cornbread, delectable bites of sausage, and a delicious depth of flavor from onions and collard greens, this is a Thanksgiving stuffing you will want to make year-round.

Is stuffing an all-American dish? Though we don’t know if the Pilgrims actually served a stuffing at their premiere harvest feast, there is a good chance that their first Thanksgiving dinner featured wild bird, such as a turkey, and a wild rice dish, like a stuffing or dressing. Regardless, the great American turkey holiday we celebrate today wouldn’t be complete without some form of stuffing.

Our all-American cornbread-based stuffing has roots in the South, where soul-food-loving Southern cooks take great pride in their cornbread (and their collard greens!) and use it as a hallmark ingredient for the Thanksgiving side dish that accompanies the holiday bird.

This stuffing doesn’t get stuffed in the turkey. Despite the name, our stuffing is baked in a casserole dish in the oven and not in the bird. We have found that stuffing cooked in the bird boasts a richer turkey flavor but is also dense with moisture. For a lighter texture and a crisp top, we bake it separately. As a bonus, an unstuffed turkey requires a shorter roasting time, which is always a win in our book.

Note: An 8-inch square baking dish of cornbread will yield the 10 cups of cubes needed for this recipe. You can also bake a dozen generously sized cornbread muffins and have plenty of cubes for this recipe with some left over.

Never made a cornbread stuffing before? No problem! We’ll show you how.

Combine the cornbread and pecans 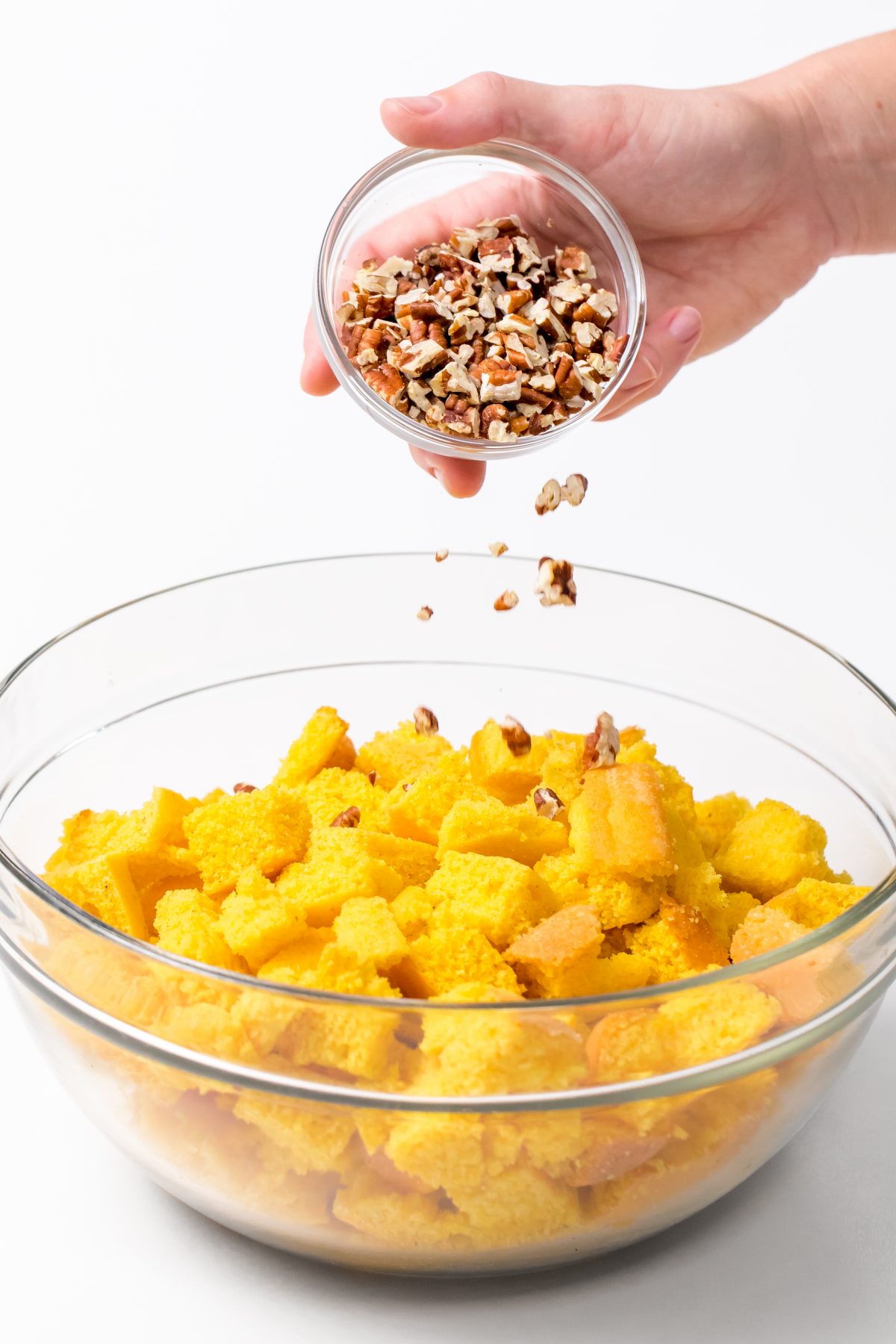 Heat the olive oil in a large skillet over medium-high heat. Remove the casings from your favorite sausage and add to the skillet. Cook, stirring often, using a spatula to break the sausage into pieces. When the sausage is browned and cooked through, transfer it to the bowl with the cornbread and pecans. 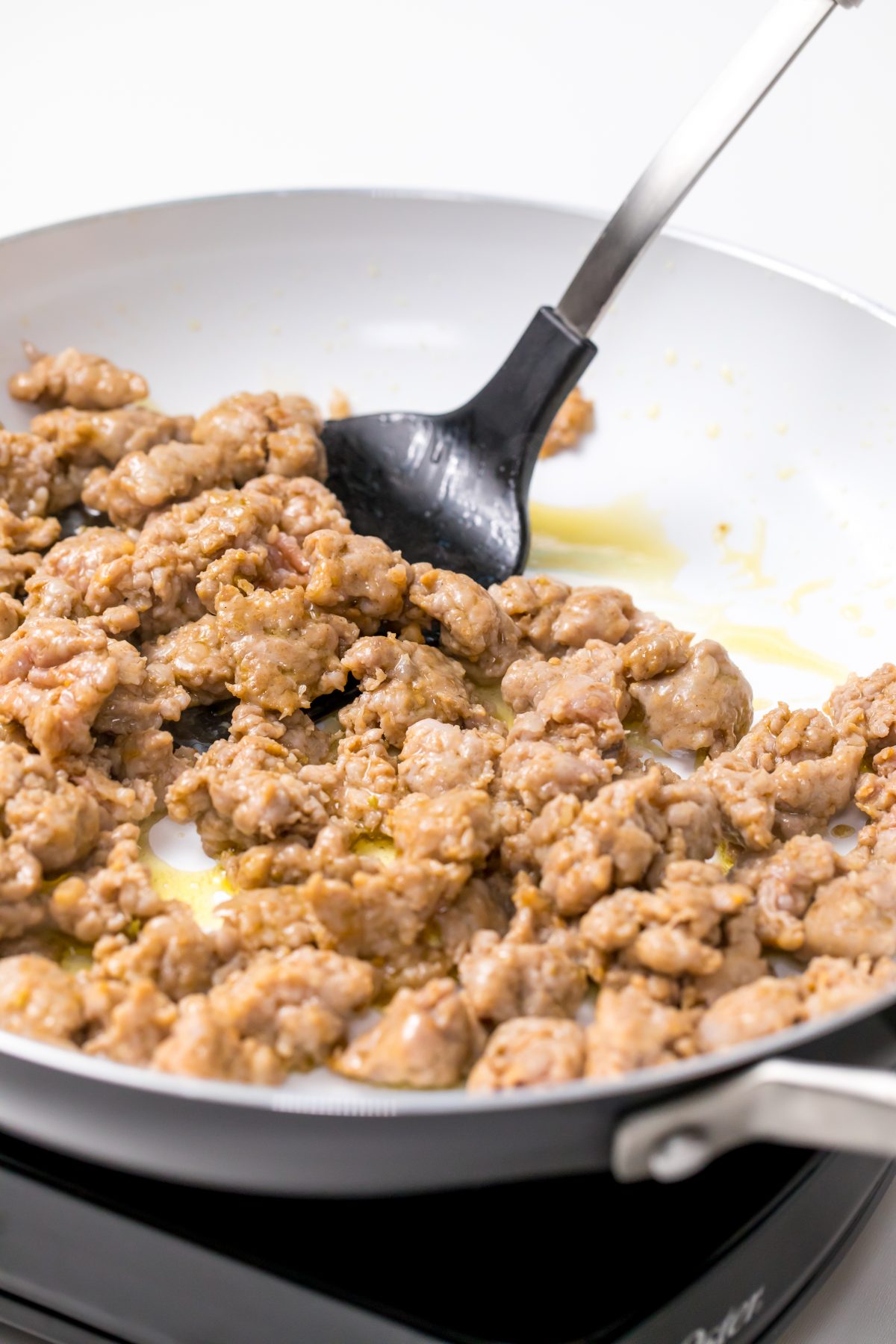 Add the onions, celery, and collard greens to the skillet and season with salt and pepper. Cook the vegetables, stirring often, until the onions are golden brown and the greens are tender. Transfer the vegetable mixture to the cornbread mixture. 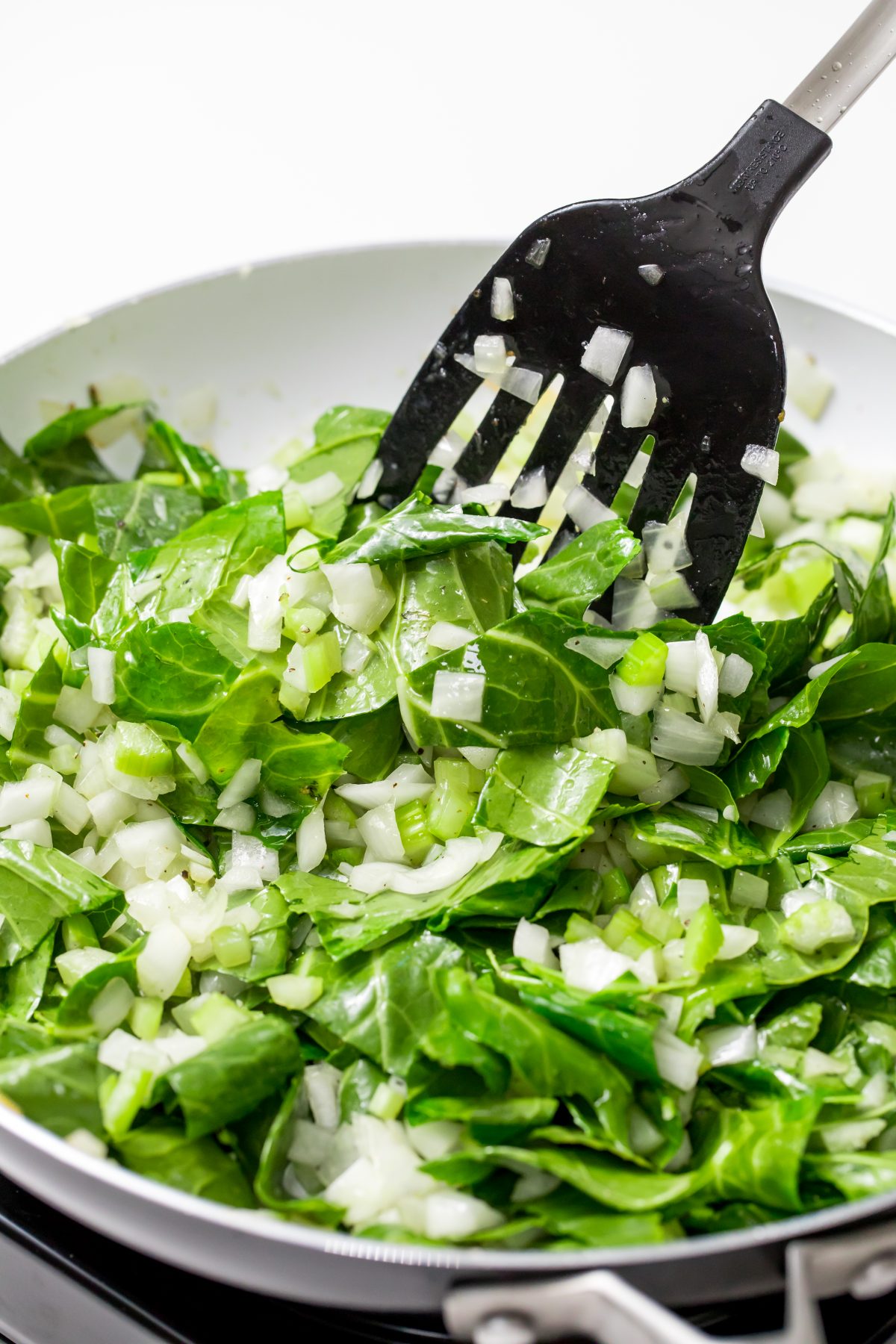 Deglaze the skillet with vinegar and add butter

Reduce the heat to medium. Add vinegar to the skillet and use the spatula to scrape up any browned bits on the bottom of the pan. Toss butter into the skillet and stir until melted. Drizzle the butter mixture over the cornbread mixture. 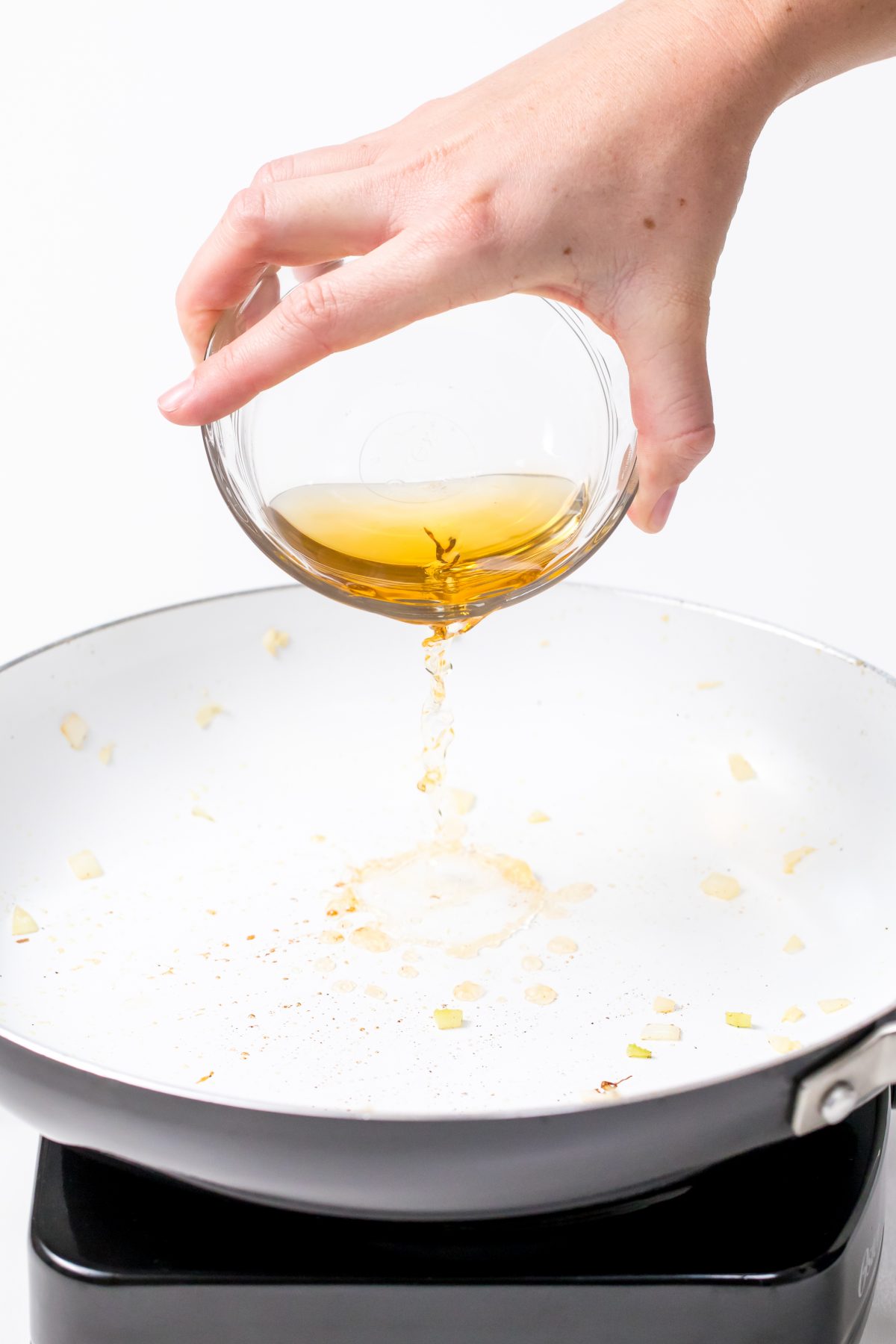 Whisk together eggs and stock

In a medium-sized bowl, whisk together eggs and chicken or turkey stock. This liquid will bind and flavor the stuffing as it bakes. 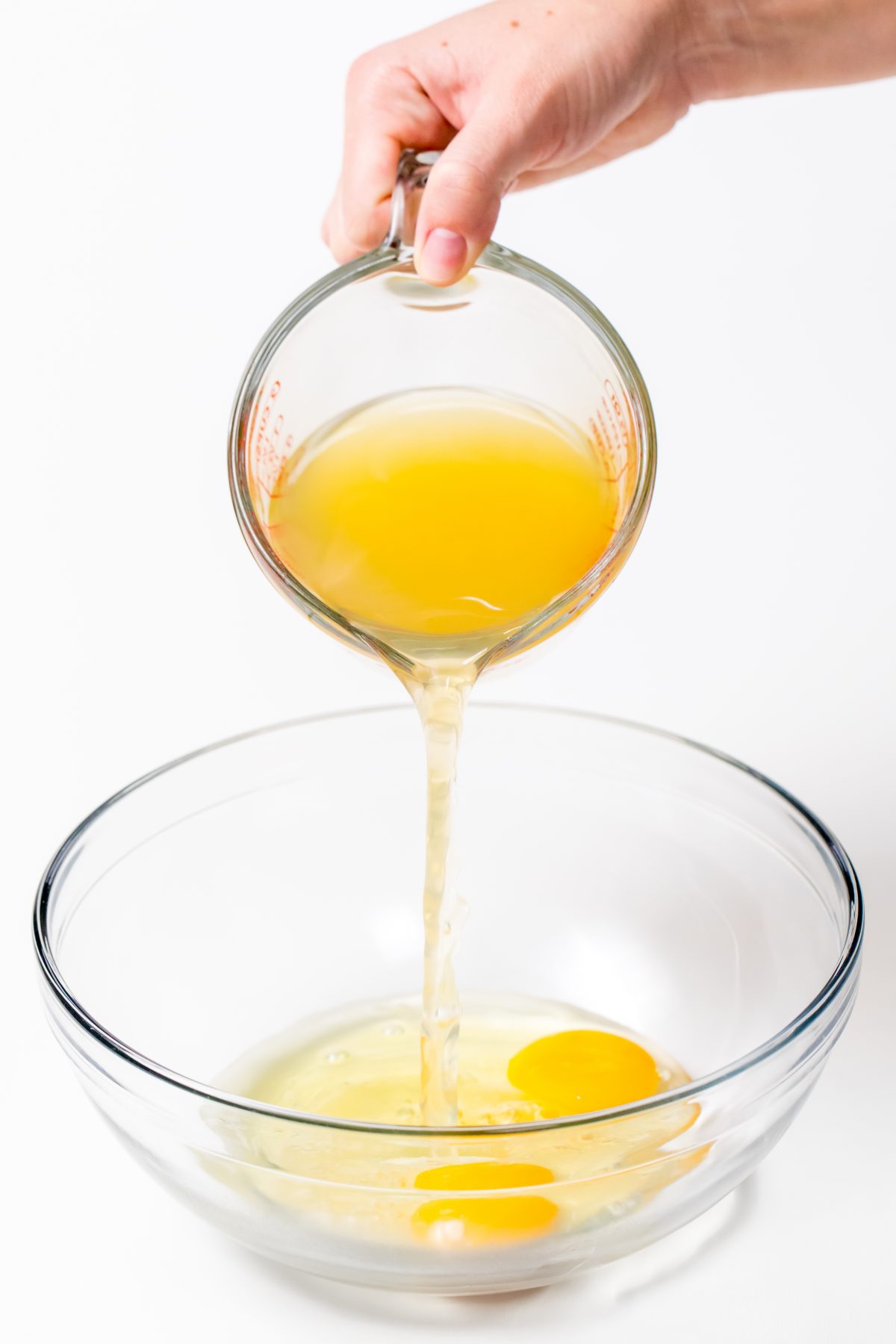 Pour egg mixture evenly over the cornbread mixture and season with salt and pepper. Toss the stuffing ingredients to combine evenly. Add more stock in small increments, if needed, until the cornbread is moist. 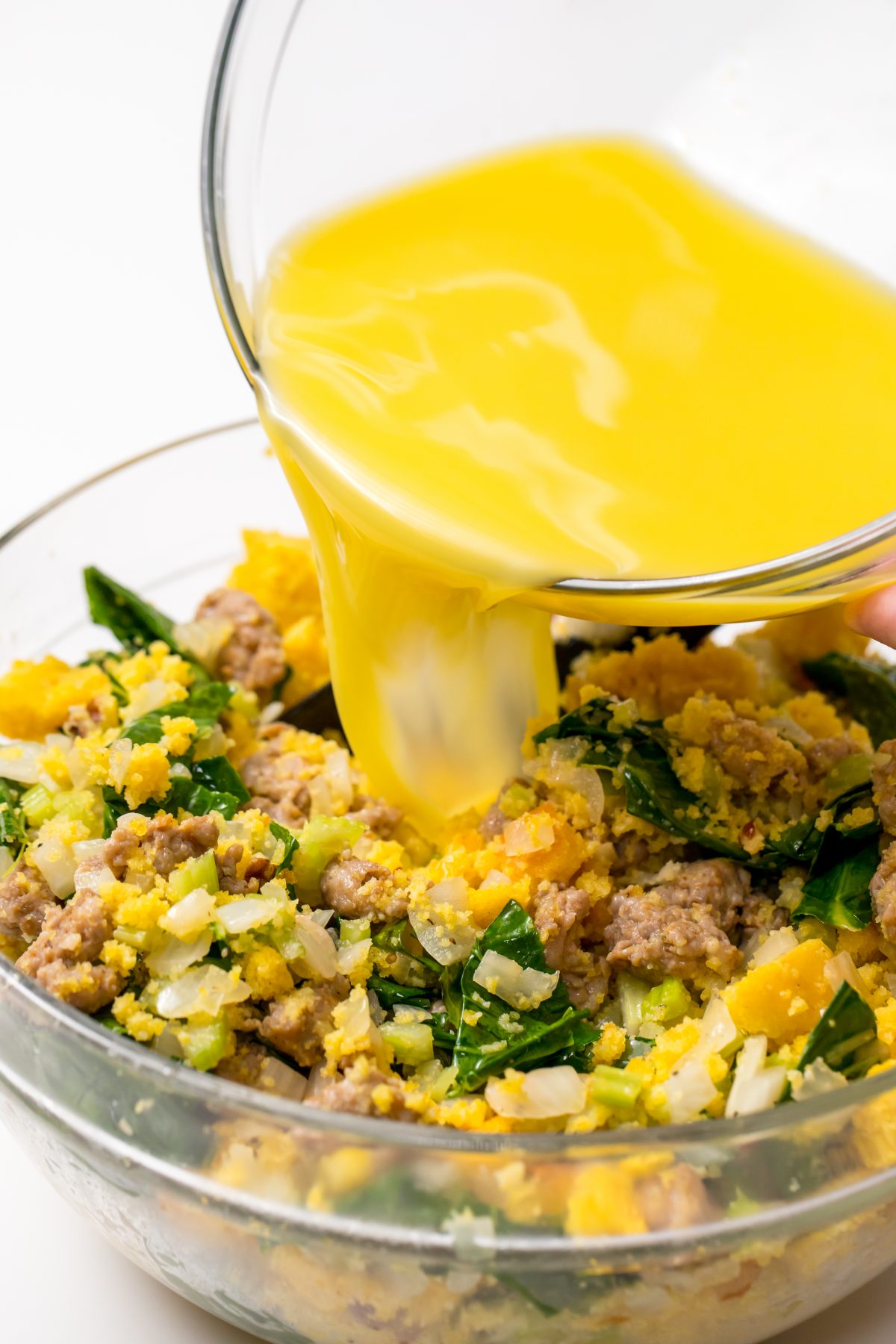 Transfer into a baking dish 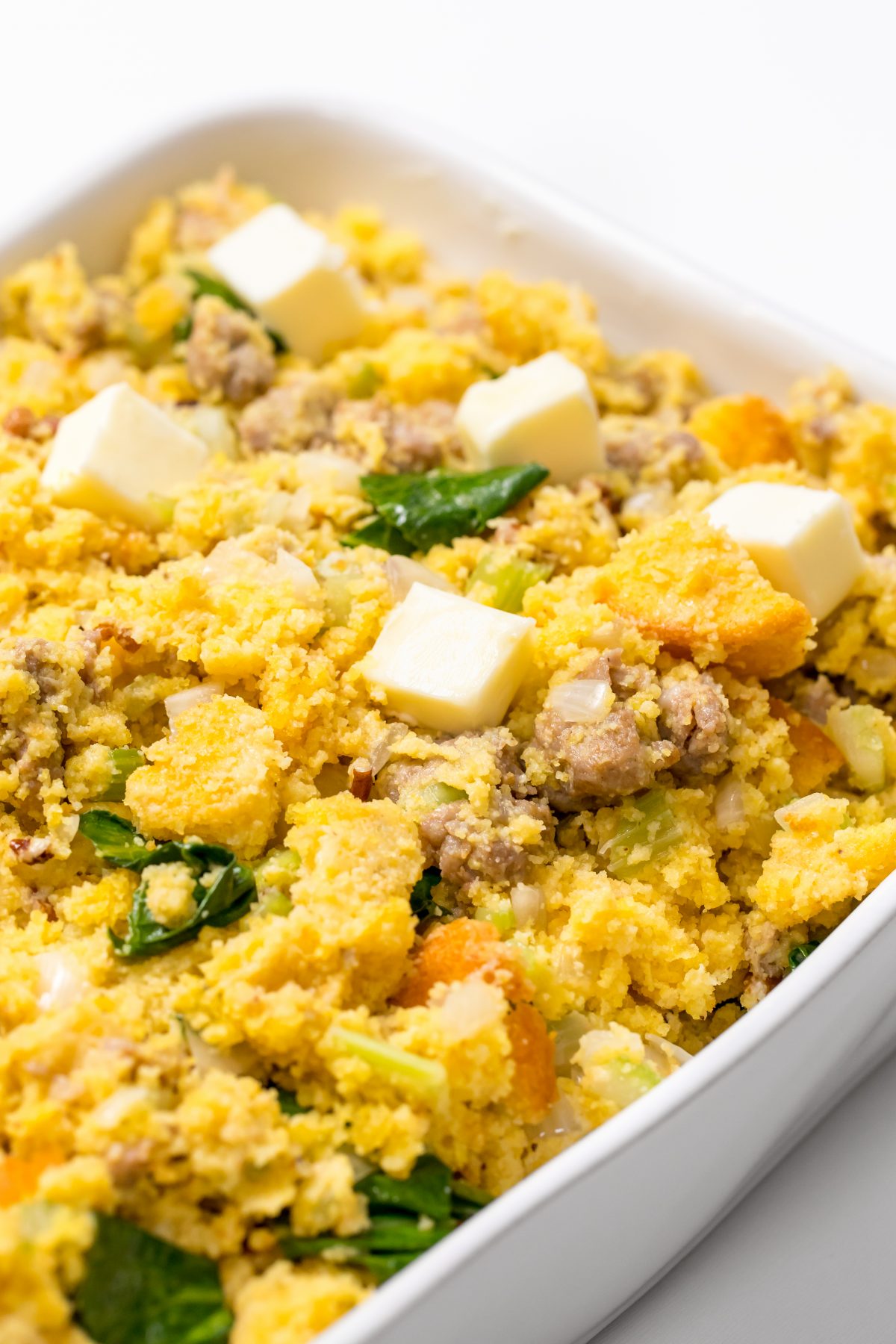 Place the stuffing in the oven and bake at 400°F for 30 to 35 minutes or until a knife inserted in the center comes out clean. Remove the foil and increase the oven heat to 450°F. Bake the stuffing until the top is golden brown and crisp. 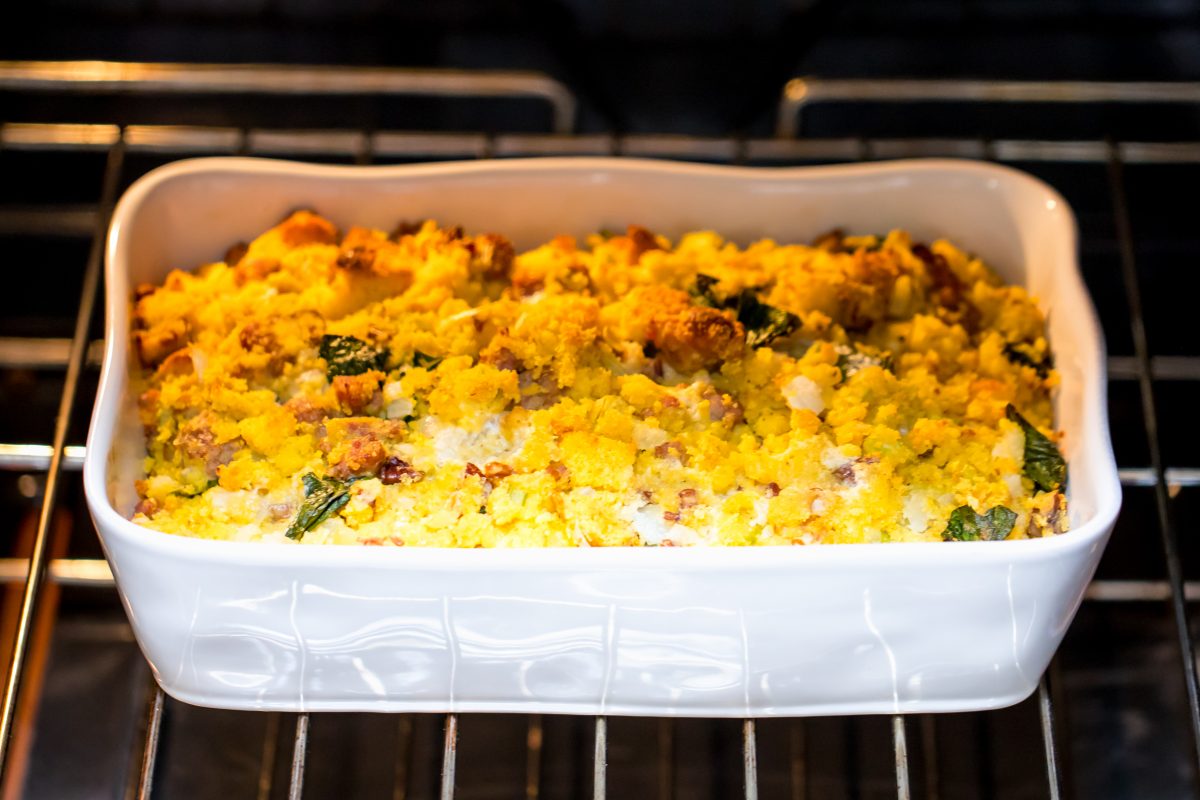 Remove the stuffing from the oven and allow it to rest for 10 minutes. Serve this all-American stuffing hot. 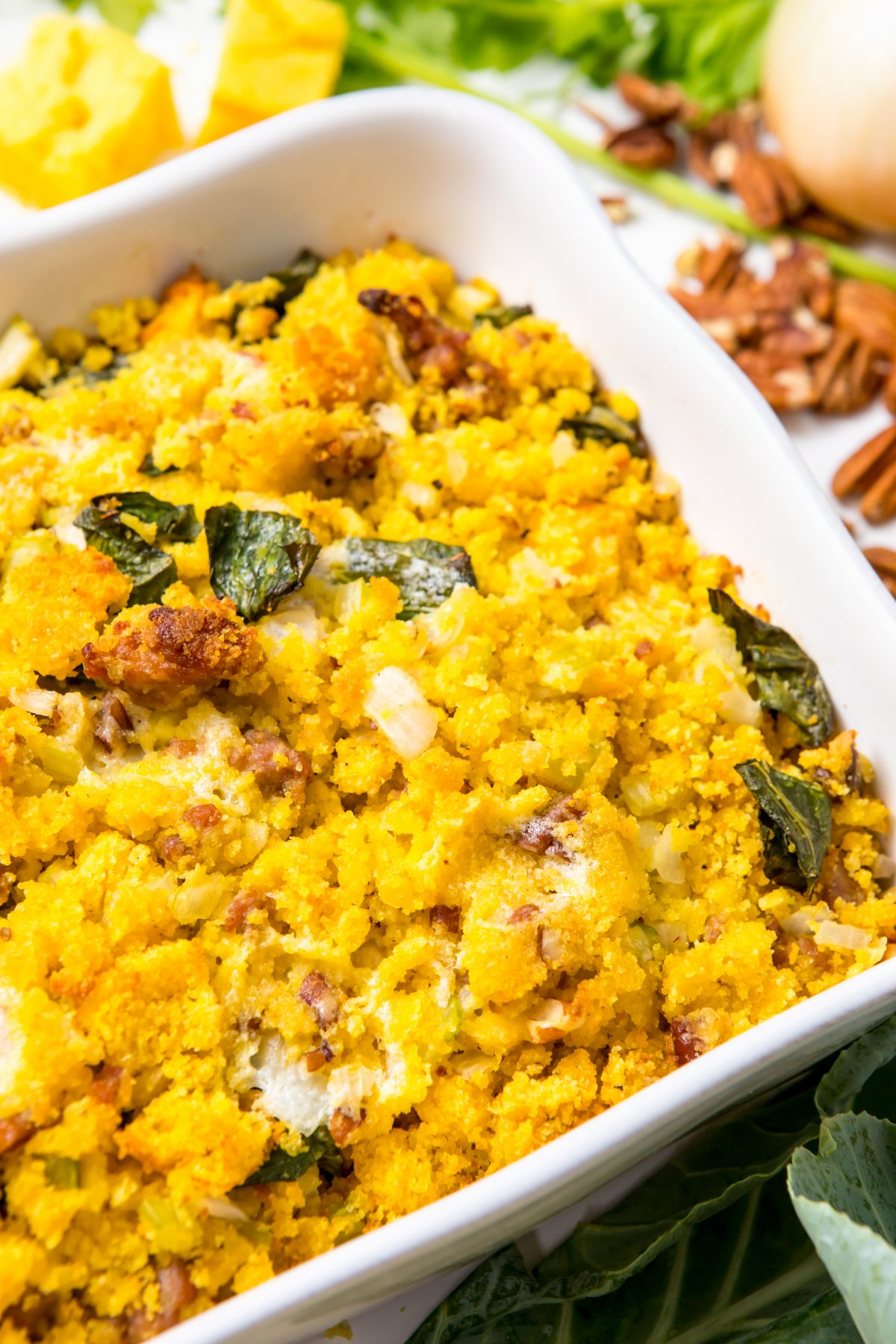 Look at all of those fantastic flavors and textures! 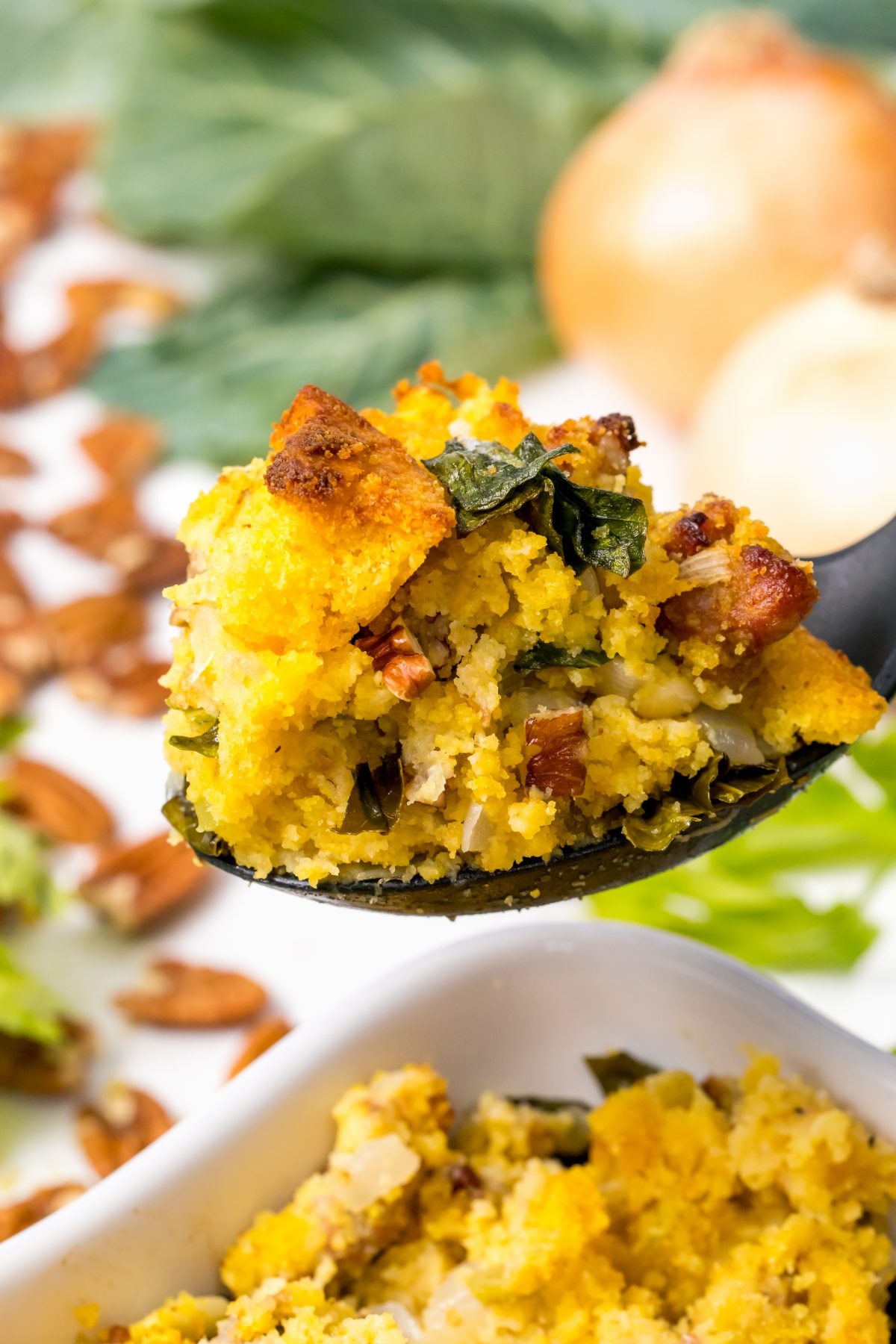 Savory and sweet, this All-American stuffing is everything you could ever want! 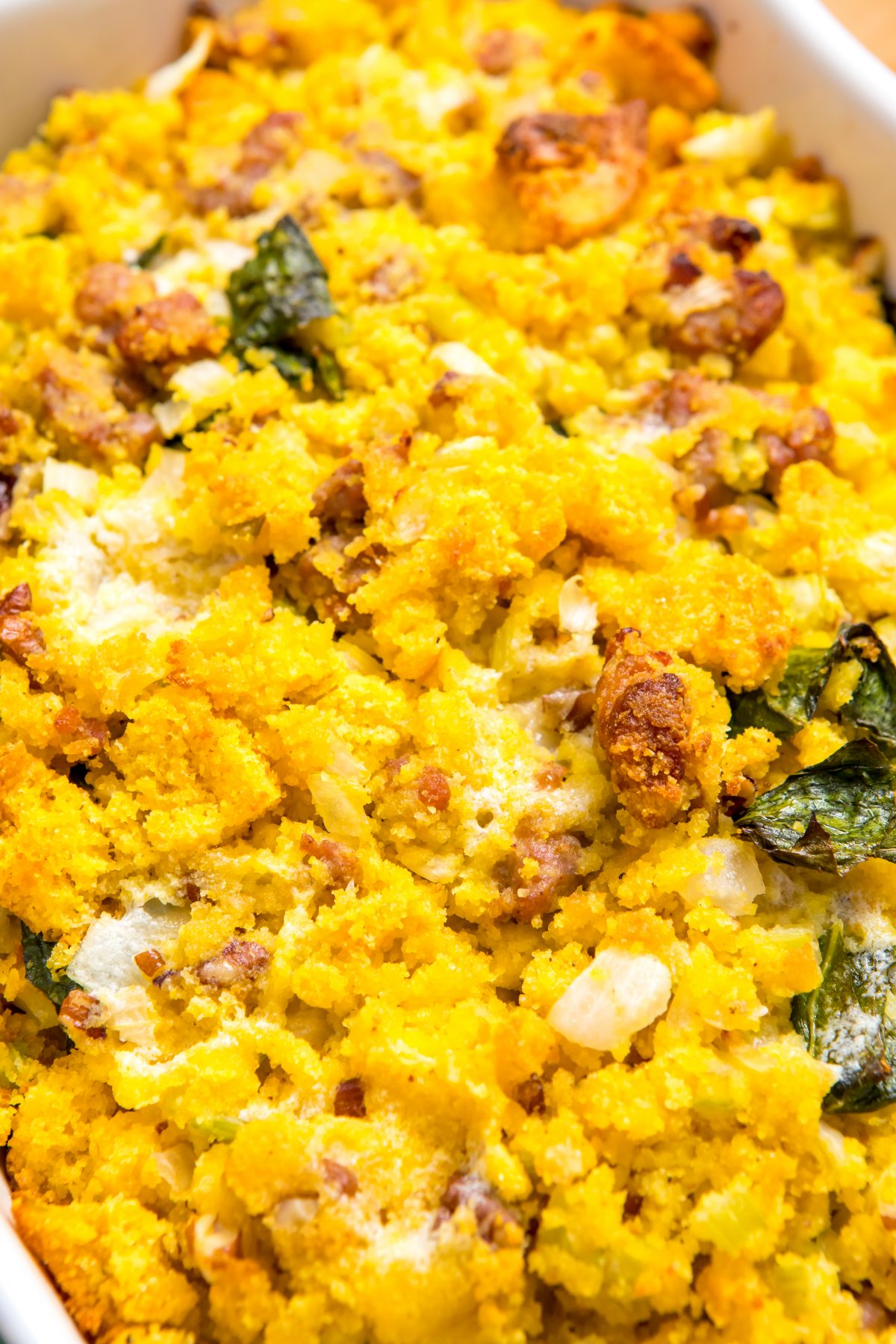 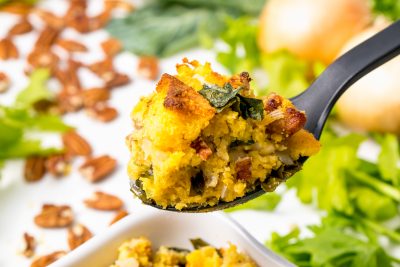 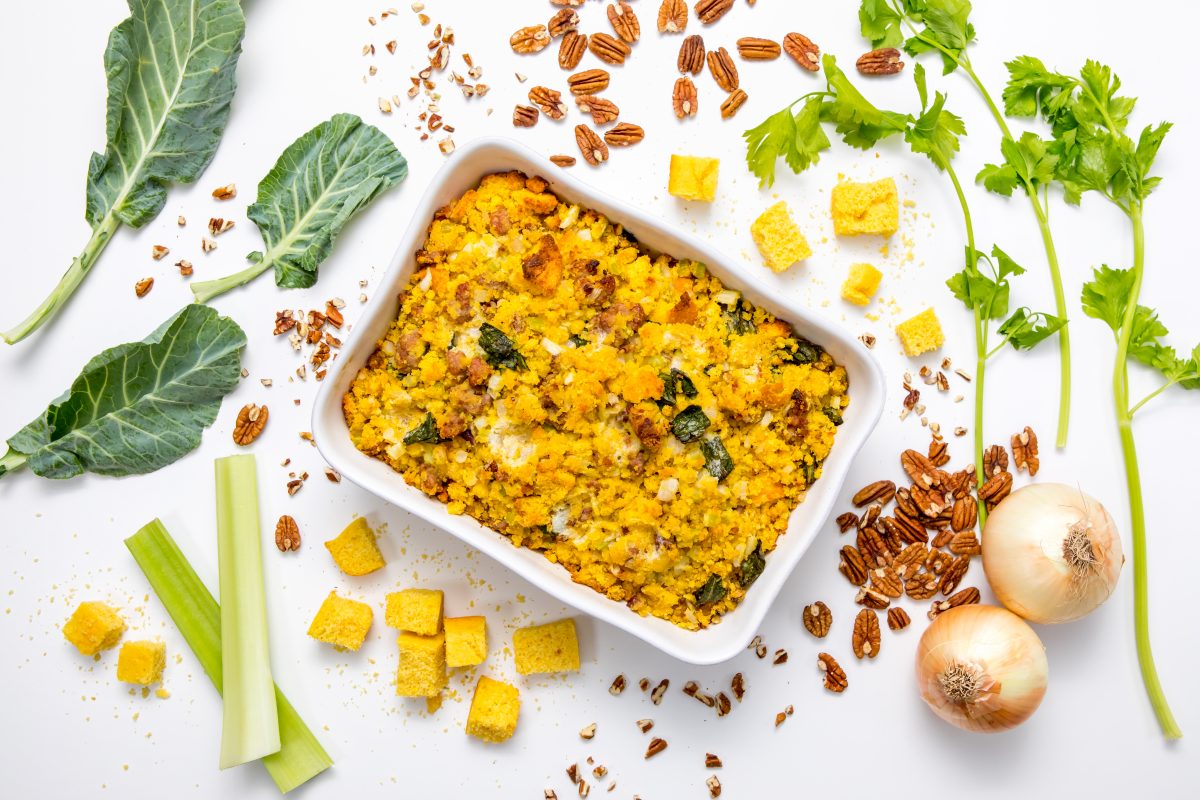