Why is there a leprechaun on St. Patrick’s Day, and is he really lucky? 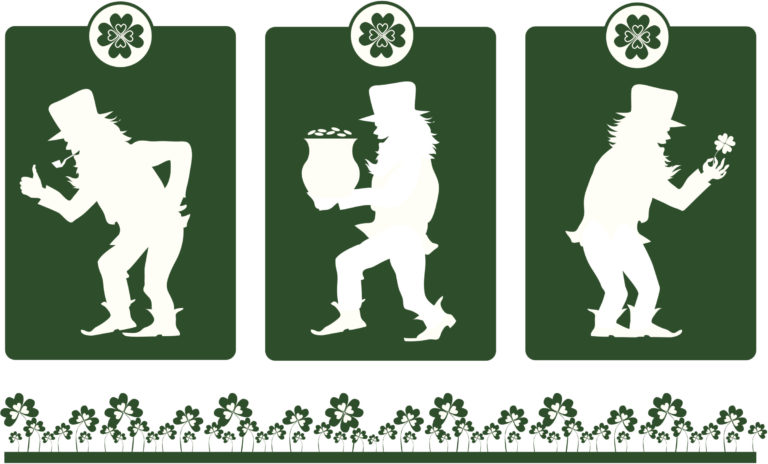 It’s time to spring something green from your wardrobe, find a four-leaf clover, and keep your eyes peeled for a tiny green man toting a pot of gold — St. Patrick’s Day is upon us! While it’s easy to get swept up in the festivities, have you ever stopped to think about the fact this celadon-hued holiday has a leprechaun for a mascot? And, more to the point, why? Also, is he really lucky?

Be forewarned, though — the lore behind leprechauns isn’t exactly cheerful. While we’re all familiar with the plucky picture painted by advertising execs encouraging you to save 10 percent at a St. Patrick’s Day sale, the history proves a bit darker than that.

Per Encyclopedia Britannica, the word “leprechaun” derives from the Old Irish “luchorpan,” which means “little body.” Researchers have also suggested the word could come from the Irish “leath bhrogan,” which means “shoemaker.” Given the latter is the most depicted vocation of these diminutive creatures, that isn’t a huge stretch of the imagination.

MORE: Who is St. Patrick and why do we celebrate him?

In Irish folklore, a leprechaun is a fairy that assumes the form of a tiny old man. This old man, although memorable, is nameless. He possesses an unpleasant disposition: crotchety, mischievous, standoffish.

His appearance gets a nod in the 1825 book Fairy Legends. “Leprechauns seem to be entirely male and solitary,” the book states. “They are often described as bearded old men dressed in green and wearing buckled shoes. Sometimes they wear a pointed cap or hat and may smoke a pipe.” Although, fun fact, leprechauns originally wore all red.

As for whether this little guy is lucky, well, that part of the folklore has more to do with how lucky you are. On one hand, leprechauns are fortunate fellows — shoe-making in the leprechaun world is apparently quite lucrative. Folklore dictates that leprechauns stash the spoils from their job in pots at the end of rainbows. But here’s where your luck comes into play.

ALSO CHECK OUT: St. Patrick’s Day symbols and traditions to help you celebrate this fun holiday

If you happen to pinpoint the precise location at which a rainbow ends, you’d wind up with a pot of gold, according to the folklore. And if you’re lucky enough to catch a leprechaun, he reportedly must grant you three wishes in exchange for his freedom. But there’s a (big) caveat: Mr. Leprechaun doesn’t like to play it straight. He’s a shifty little trickster, and legend has it he tends to misinterpret people’s wishes to avoid having to give you what you desire.

At this point, you’re probably wondering what leprechauns have to do with St. Patrick’s Day. Here’s the kicker — nothing! There doesn’t appear to be any well-defined connection between the leprechaun and St. Patrick, the patron saint of Ireland.

St. Patrick died on the holiday now named for him, so we have him to thank for the annual celebration. If we had to guess, we’d wager that leprechauns became a symbol of St. Patrick’s Day because they are well-known figures in Irish folklore — and St. Patrick’s Day is a widely celebrated Irish holiday. It might just be that simple.