A recipe from Sally's Baking Addiction 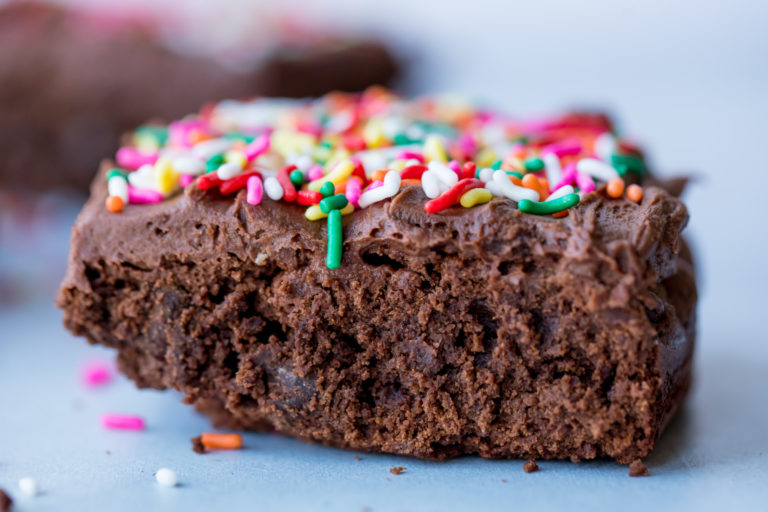 Nothing short of spectacular, these decadent brownies are a baking masterpiece crafted by Sally McKenney, creator of the sweet-tooth-satisfying blog Sally’s Baking Addiction. Her chewy, fudgy brownie recipe is ridiculously simple to whip up, and calls for ingredients you probably already have in your kitchen.

In addition to sharing her brownie how-to, Sally shares her best brownie baking tips — so even the most inexperienced baker can make irresistibly delicious brownies like a pro.

Let’s talk about the sugar. Classic brownie recipes call just for granulated sugar. Not Sally! She adds brown sugar. The brown sugar not only adds depth to the dessert’s sweetness, it also gives the treats the coveted moist, fudge-like texture that brownie lovers crave.

The dry ingredients matter. These brownies are made with a modest amount of flour because too much of a good thing can spoil the results. If you love fudgy brownies, use as little flour as possible. The more flour you add, the more cake-like your brownie becomes.

As if these chewy fudge brownies weren’t to-die-for enough, Sally slathers them with a simple chocolate buttercream frosting made with confectioners’ sugar, cocoa powder, butter, and pure vanilla extract. She even scatters them with colorful sprinkles. Sally says that adding a shake of festive sprinkles will make everyone smile, and they make any dessert more fun to eat. 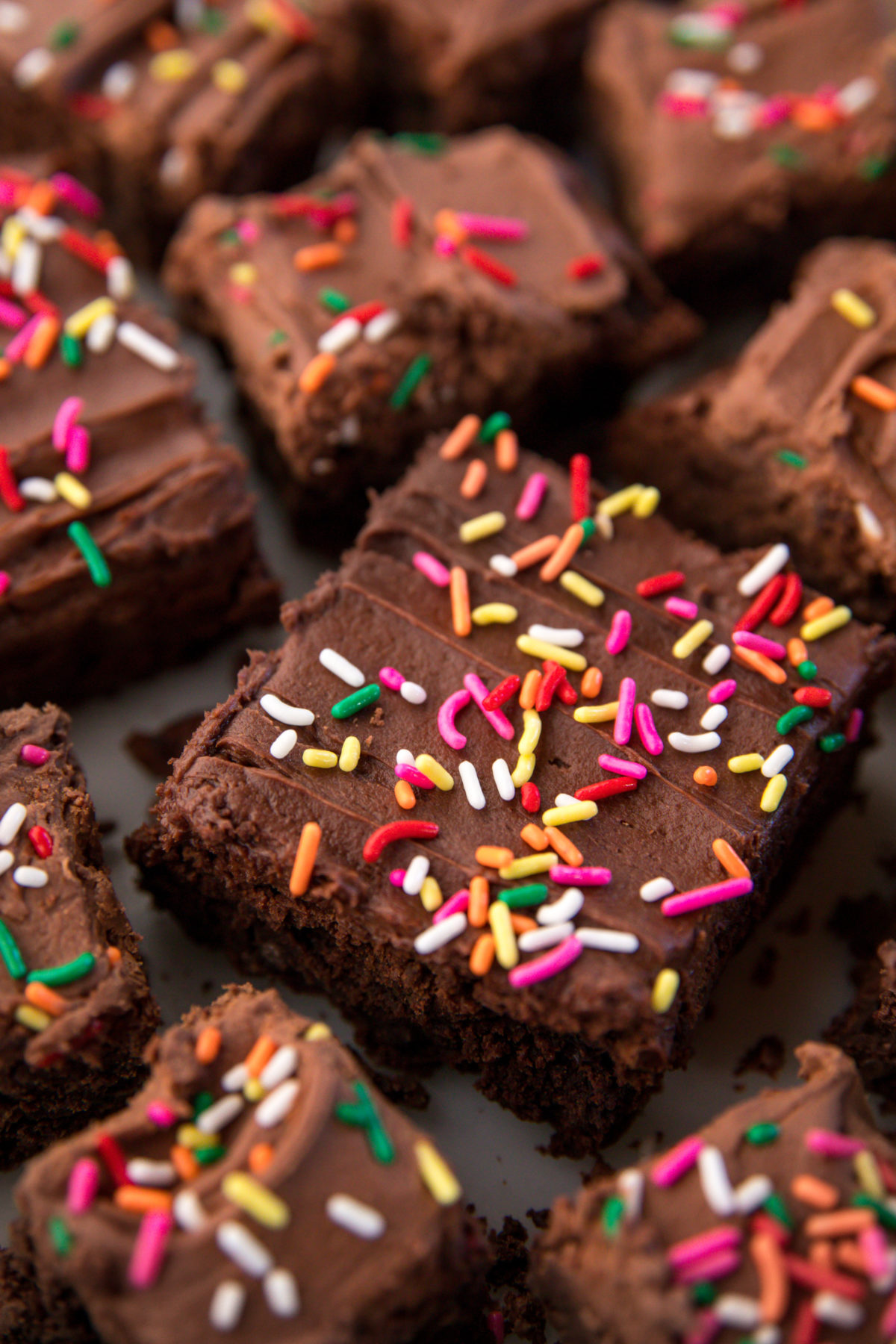 Sweet tooth still not satisfied? Follow her suggestions for fancy add-ins to the brownie batter. Simple finds like chocolate chunks or chips, white chocolate, peanut butter chips, or butterscotch chips will make bite after bite of brownie even more splurge-worthy. You can also throw some of your favorite nuts into the mix if you love the contrast of nutty crunch and brownie chew.

No matter how you like your brownies, once you make a batch of these homemade creations, you will never want to buy a boxed mix again.