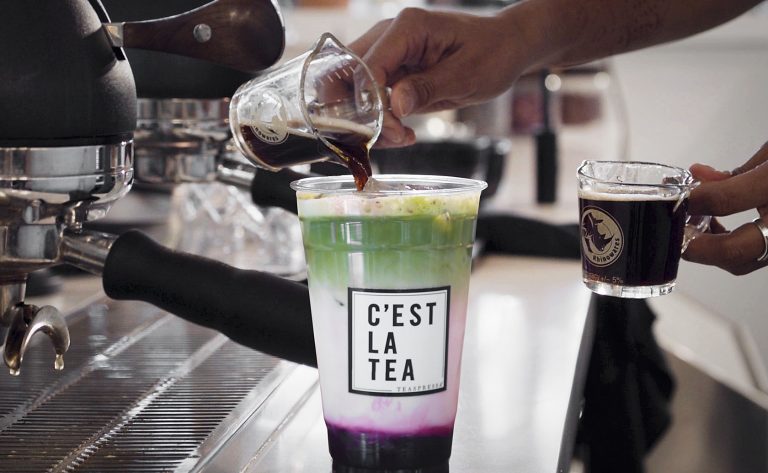 Yes, you read that right. Tea lattes, as in lattes made using tea. Because we live in a world full of possibility, such a thing exists — and not only do they exist, but there’s a veritable emporium devoted to creating them called Teaspressa. It’s the world’s first coffee-inspired tea latte shop, with its flagship location in downtown Phoenix, Arizona.

But the fact that Teaspressa is the world’s first coffee-inspired tea latte shop is far from the only interesting thing about it. Here are a few other fascinating facts about this unique, modern approach to making tea (and the woman behind it).

1. It all started with a question from founder Allison DeVane’s dad

In the beginning, DeVane knew she wanted to start her own company but was spinning her wheels over what to make it. She took the question to her dad, who asked her, “What gives you joy? If someone were to give you a million dollars to do anything, what would it be?” For DeVane, the answer was to “make coffee all day.” By finding a way to make tea like coffee, she both got her dream job and set it apart from all the other coffee shops. 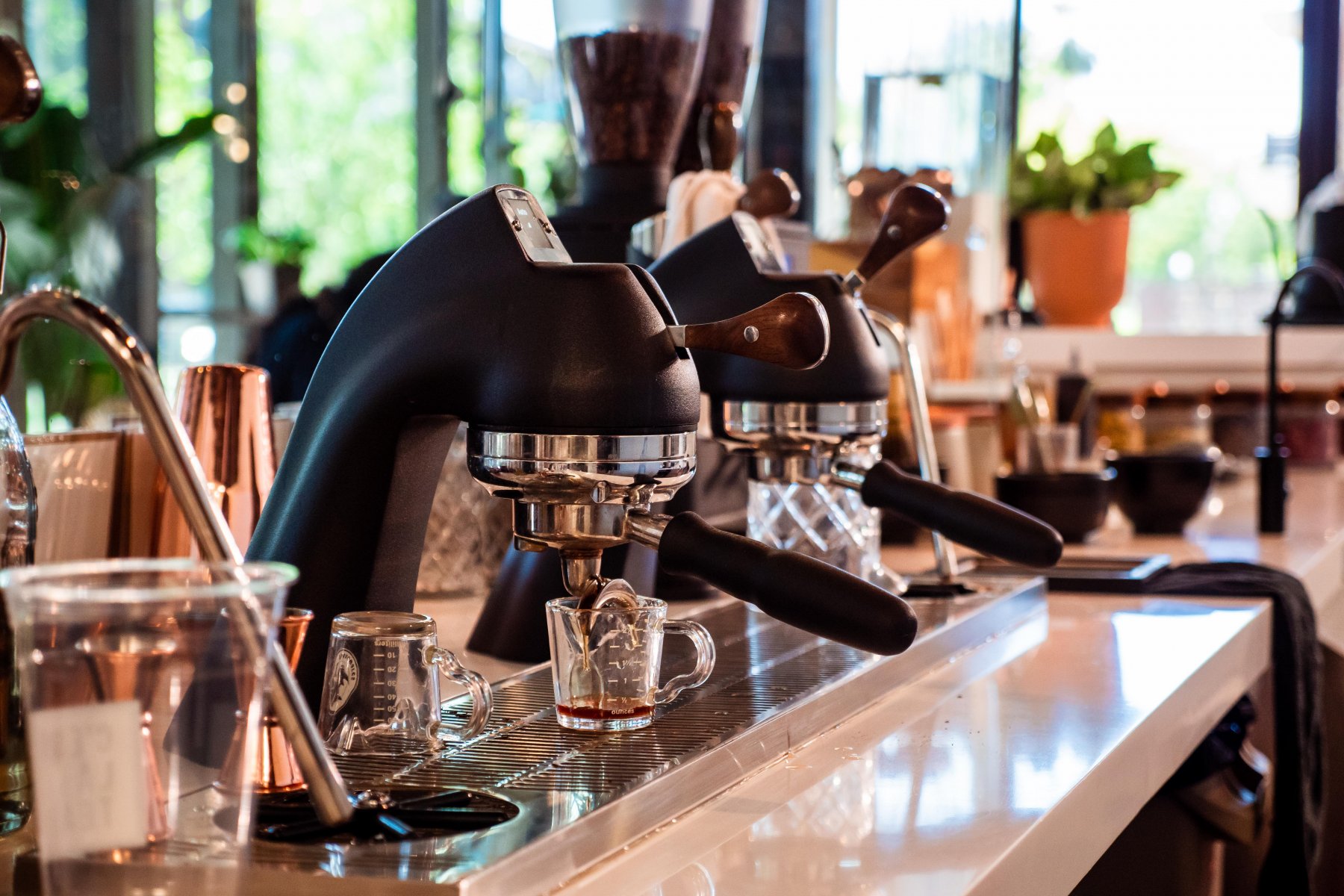 On her path to finding the perfect brewing method for her tea lattes, DeVane made a fortuitous introduction. “I basically started experimenting with the tea and, long story short, I was able to find someone who has been building espresso machines all his life,” she explained. He was able to help her adapt the machines in a way that worked with what she’d learned about tea through her research.

When you order a tea latte at Teaspressa, one of the first things you may notice is the oversized ice cubes. There’s a reason for this: larger ice cubes keep have a larger surface area and therefore melt more slowly, meaning they’ll keep your tea cooler longer without diluting it.

4. The drinks come with a gorgeous garnish

The finishing touch to any tea latte? Petals! Teaspressa offers a variety of petal garnishes, with different drinks being topped with a complementary garnish — think cornflower, lavender and rose petals. Per DeVane, these petals are aesthetic, aromatic, and offer some health benefits.

If you watch Shark Tank, you may have already been introduced to DeVane and her tea latte business. In 2016, she pitched her innovative beverage idea to Shark Tank‘s team of entrepreneurial heavyweights. While she wasn’t ultimately made an offer of any kind, DeVane says the exposure from the appearance really put Teaspressa on the map. And not getting an offer has driven her to pour even more of her heart and soul into the business to “prove them wrong.” 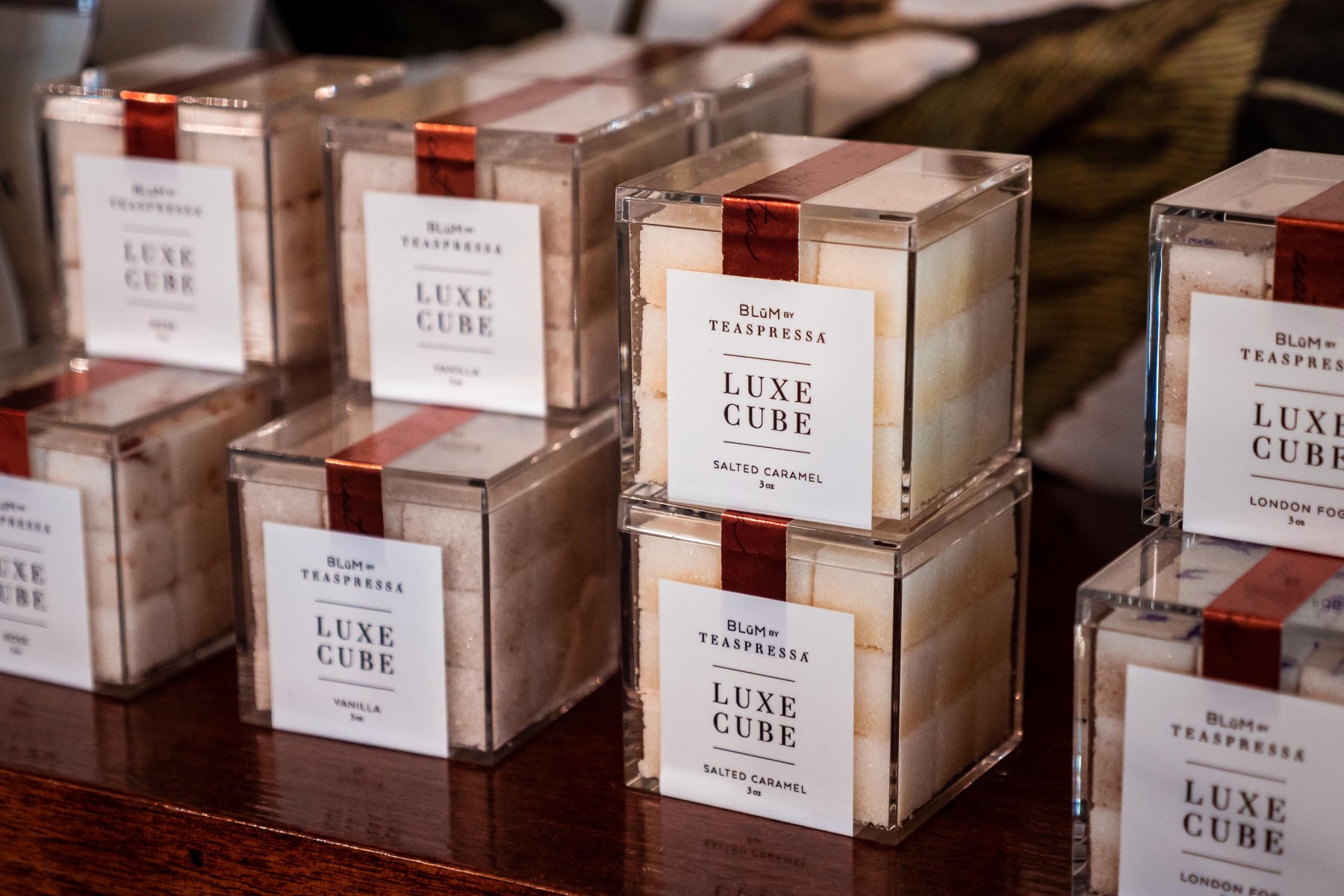 In addition to tea lattes, Teaspressa hand-makes and packages DeVane’s proprietary tea blends — so, yes, you can make tea lattes at home just like her. But there’s something even sweeter happening in their Tempe, Arizona, warehouse. Teaspressa makes flavored sugar cubes! Just one Luxe sugar cube takes 48 hours to pack full of flavor, which can then be used to make an instant latte, mimosa, or cocktail.

MORE: 4 herbal mocktails that are just as good as any cocktail

Today, Teaspressa is thriving and growing by the day with multiple locations and a growing product line. But according to DeVane, the success is mind-blowing when you consider how her tea lattes came to be. “I think I was experimenting for, like, two months straight,” she said, sharing that she stayed with her parents to save money during her start-up phase. “I would wake up every day at seven, dress up like I’m going to work… and then go to our kitchen and ‘start working.”

Learn more about Teaspressa, the world’s first coffee-inspired tea latte shop, in the video above.

Want some healthy chocolate with that tea? Learn how to make bean to bar chocolate from a Master Chocolatier in the video below!