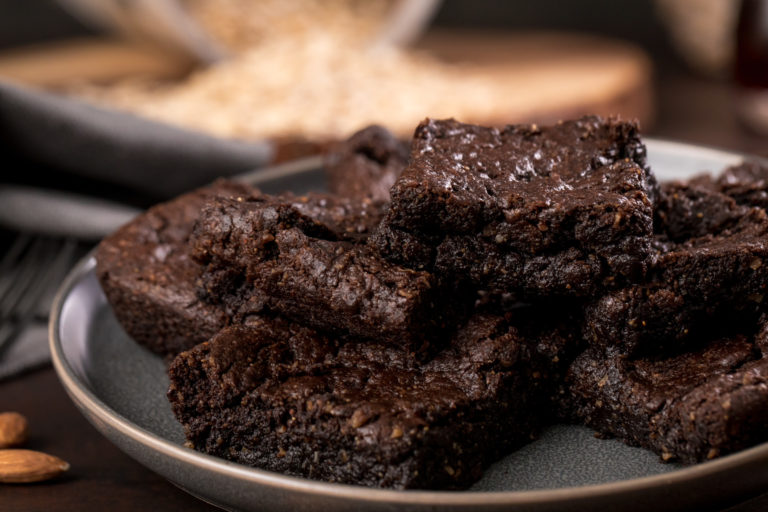 These almond butter brownies are fudgy and delicious — and the fact that they’re gluten-free and vegan is just a bonus. Katie Higgins of the popular healthy dessert blog Chocolate Covered Katie gives brownies a nutritious makeover that’s so good, you’ll forget they’re full of wholesome ingredients. What kitchen sorcery creates this masterpiece? Find out in Episode 7 of What the Fudge.

Watch Katie make this recipe in Episode 7 of What the Fudge:

“They’re one of my favorite recipes today,” Katie says of her almond butter brownies. “They’re super-easy to make. They’re much healthier than regular brownies, and they’re just as delicious. The entire recipe takes about five minutes of prep work, and then you just throw them in the oven.”

Why almond butter is perfect in brownies

Almond butter not only adds a delicious, rich flavor to the brownies, but also nutrition.

“There’s no oil in these brownies, just almond butter — which adds protein and healthy fats. Oil doesn’t really add any nutritional value at all,” Katie says.

You can use almond butter in any recipe that calls for peanut butter, and it will give your recipe a more neutral flavor.

“Almond butter is great for baking, especially recipes in which you don’t want a peanut butter aftertaste,” she says. “If you want the brownie taste to come out, as opposed to peanut butter brownies, I recommend trying almond butter.”

A healthy substitute for refined flour

Katie also likes to swap out refined flour for rolled oats in her recipes. “I really like oat flour because it gives a sweetness to recipes…and you’re not using any refined flours,” she says.

She puts half a cup of oats in a food processor to make oat flour. You can also buy oat flour at the store already prepared, or you can substitute almond flour.

In place of refined white sugar, Katie uses half a cup plus 3 tablespoons of pure maple syrup to add sweetness to her brownies. Make sure it’s pure maple syrup, not just pancake syrup — which often is just flavored corn syrup.

After adding salt and baking soda to the mixture, it’s time for the fun part: chocolate! Katie likes to use unsweetened cocoa powder for the chocolate flavor. She adds a little Dutch cocoa powder in this recipe for the best flavor, too.

“I use mostly unsweetened cocoa powder because it has more antioxidants — and if you use all Dutch cocoa powder, it might be a little too dense and heavy-tasting, and a little bit metallic. So you just want that little balance,” she says.

At the store, “cocoa processed with alkali” in the ingredients list means it’s Dutch. (If it doesn’t say this, then it’s regular unsweetened cocoa powder.) Can’t find it? No worries: Just leave it out.

Just 15 minutes in the oven, and they’re done. They’ll look undercooked, but let them sit for about 30 minutes (if you can!) and they’ll be perfect. 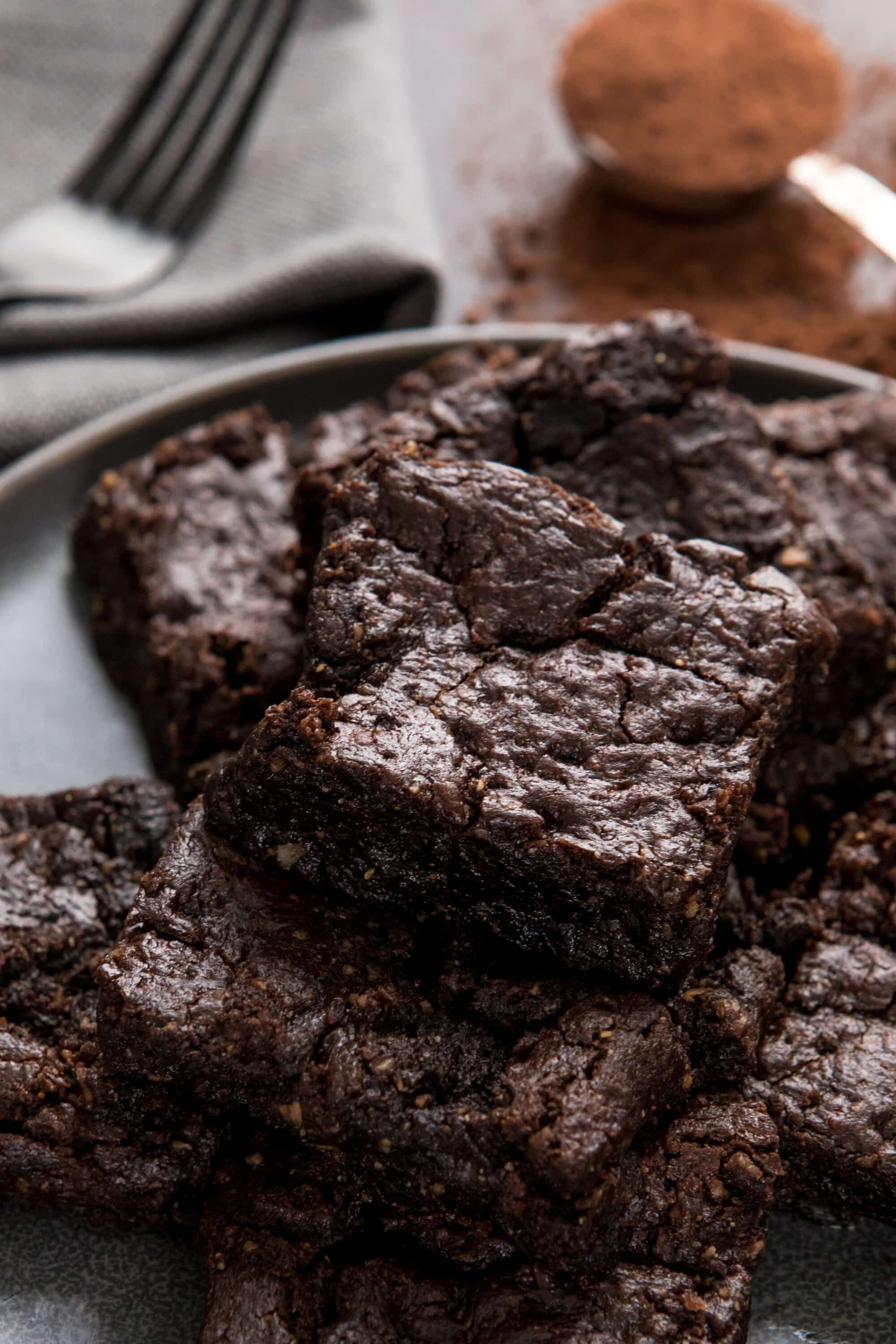 Now the best part: Eating them!

“They’re actually big, thick fudgy chocolate brownies. These are delicious and healthy,” says Katie. It’s hard to believe these brownies don’t have oil, butter or eggs, making them ideal for people on special diets (and those who aren’t).

“You get healthy fiber from the oats,” says Katie, “so these are basically healthy snack bars masquerading as brownies.”