How Thanksgiving came to be a national holiday 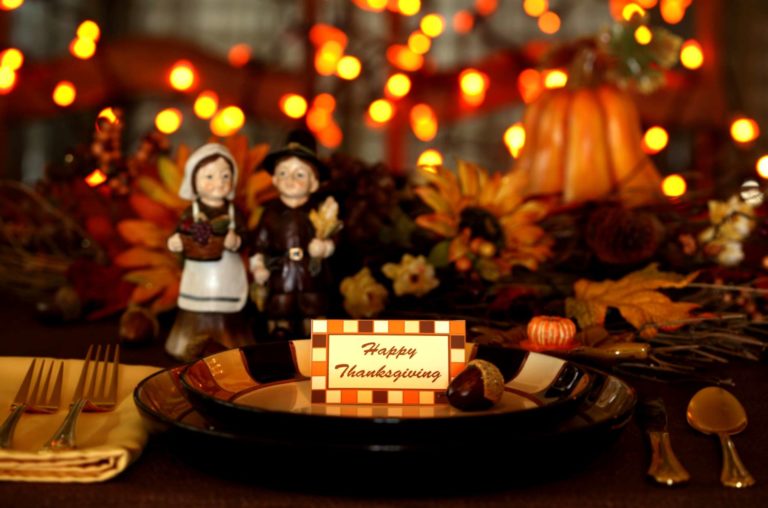 For generations of Americans, Thanksgiving has always been a national holiday.

We all think of continuing the Pilgrims’ traditions each year in this harvest-themed festival of gratitude. In reality, though, Thanksgiving was celebrated on and off during the 1700s, and people apparently stopped celebrating it around 1815.

It took decades for the idea to pick up steam again, but it wasn’t until 1863 that Thanksgiving was formally declared a holiday by none other than President Abraham Lincoln. He proclaimed that a national day of thanks would be regularly commemorated each year on the last Thursday of November.

While Lincoln gets due credit for making it official, it might not have happened (or at least happened as soon) without for the persistent efforts of Sarah Josepha Hale, editor of the influential mid-nineteenth-century magazine Godey’s Lady’s Book.

For years, she used her position at the magazine to help promote the idea of Thanksgiving, as seen in this editorial from 1862:

Oh, give thanks unto the Lord, for He is gracious, and His mercy endureth forever. PSALMS.

THE annual Festival of Thanksgiving is near at hand. Will it not be remembered and observed ? The mercy of the Lord is not slack; He has given us rich harvests and filled the garners of our land. Health has been in all our borders — would that we could add peace has reigned and good-will been extended t But we must all acknowledge that the goodness of God has not failed.

Last year this National Feast Day was celebrated in twenty-four States and three Territories; all these, excepting the States of Massachusetts and Maine, held the Festival on the same day — the last Thursday in November.

We suggested last year that, as all nations are members of one brotherhood, under the fostering care of one Beneficent Father of Humanity, it would be of much effect in promoting the kindly feelings which should be cultivated among Christian people if the universal observance of one General Festival of Thanksgiving for the bounties of Divine Providence could be established on the same day of the year throughout all Christendom.

All sects and creeds who take the Bible as their rule of faith and morals could unite in such a Festival. The Jews, who find the direct command for a Feast at the ingatheriug of harvedt, would gladly join in this Thanks-giving, and in every country in Europe it would become, as we trust it will soon be in our beloved country, an universal Holiday on the LAST THURSDAY OF NOVEMBER.

This year the DAY falls on the 27th of this month ; we earnestly hope every State in our Union will unite on that day in a fervent Thanksgiving to God for his blessing and bounties.

Not content to rally only her readers, in September of 1863, Mrs Hale reached out to President Lincoln in a long handwritten letter marked PRIVATE:

Permit me, as Editress of the “Lady’s Book”, to request a few minutes of your precious time, while laying before you a subject of deep interest to myself and — as I trust — even to the President of our Republic, of some importance. This subject is to have the day of our annual Thanksgiving made a National and fixed Union Festival.

You may have observed that, for some years past, there has been an increasing interest felt in our land to have the Thanksgiving held on the same day, in all the States; it now needs National recognition and authoritive fixation, only, to become permanently, an American custom and institution.

Enclosed are three papers (being printed these are easily read) which will make the idea and its progress clear and show also the popularity of the plan.

For the last fifteen years I have set forth this idea in the “Lady’s Book”, and placed the papers before the Governors of all the States and Territories — also I have sent these to our Ministers abroad, and our Missionaries to the heathen — and commanders in the Navy. From the recipients I have received, uniformly the most kind approval. Two of these letters, one from Governor (now General) Banks and one from Governor Morgan are enclosed; both gentlemen as you will see, have nobly aided to bring about the desired Thanksgiving Union.

But I find there are obstacles not possible to be overcome without legislative aid — that each State should, by statute, make it obligatory on the Governor to appoint the last Thursday of November, annually, as Thanksgiving Day; — or, as this way would require years to be realized, it has occurred to me that a proclamation from the President of the United States would be the best, surest and most fitting method of National appointment.

I have written to my friend, Hon. Wm. H. Seward, and requested him to confer with President Lincoln on this subject As the President of the United States has the power of appointments for the District of Columbia and the Territories; also for the Army and Navy and all American citizens abroad who claim protection from the U. S. Flag — could he not, with right as well as duty, issue his proclamation for a Day of National Thanksgiving for all the above classes of persons? And would it not be fitting and patriotic for him to appeal to the Governors of all the States, inviting and commending these to unite in issuing proclamations for the last Thursday in November as the Day of Thanksgiving for the people of each State? Thus the great Union Festival of America would be established.

Now the purpose of this letter is to entreat President Lincoln to put forth his Proclamation, appointing the last Thursday in November (which falls this year on the 26th) as the National Thanksgiving for all those classes of people who are under the National Government particularly, and commending this Union Thanksgiving to each State Executive: thus, by the noble example and action of the President of the United States, the permanency and unity of our Great American Festival of Thanksgiving would be forever secured.

And so it was proclaimed

Just a week later, the President issued the following proclamation to the nation:

By the President of the United States of America.

The year that is drawing towards its close, has been filled with the blessings of fruitful fields and healthful skies. To these bounties, which are so constantly enjoyed that we are prone to forget the source from which they come, others have been added, which are of so extraordinary a nature, that they cannot fail to penetrate and soften even the heart which is habitually insensible to the ever watchful providence of Almighty God. In the midst of a civil war of unequaled magnitude and severity, which has sometimes seemed to foreign States to invite and to provoke their aggression, peace has been preserved with all nations, order has been maintained, the laws have been respected and obeyed, and harmony has prevailed everywhere except in the theatre of military conflict; while that theatre has been greatly contracted by the advancing armies and navies of the Union. Needful diversions of wealth and of strength from the fields of peaceful industry to the national defence, have not arrested the plough, the shuttle or the ship; the axe has enlarged the borders of our settlements, and the mines, as well of iron and coal as of the precious metals, have yielded even more abundantly than heretofore. Population has steadily increased, notwithstanding the waste that has been made in the camp, the siege and the battle-field; and the country, rejoicing in the consiousness of augmented strength and vigor, is permitted to expect continuance of years with large increase of freedom. No human counsel hath devised nor hath any mortal hand worked out these great things. They are the gracious gifts of the Most High God, who, while dealing with us in anger for our sins, hath nevertheless remembered mercy. It has seemed to me fit and proper that they should be solemnly, reverently and gratefully acknowledged as with one heart and one voice by the whole American People. I do therefore invite my fellow citizens in every part of the United States, and also those who are at sea and those who are sojourning in foreign lands, to set apart and observe the last Thursday of November next, as a day of Thanksgiving and Praise to our beneficent Father who dwelleth in the Heavens. And I recommend to them that while offering up the ascriptions justly due to Him for such singular deliverances and blessings, they do also, with humble penitence for our national perverseness and disobedience, commend to His tender care all those who have become widows, orphans, mourners or sufferers in the lamentable civil strife in which we are unavoidably engaged, and fervently implore the interposition of the Almighty Hand to heal the wounds of the nation and to restore it as soon as may be consistent with the Divine purposes to the full enjoyment of peace, harmony, tranquillity and Union.

In testimony whereof, I have hereunto set my hand and caused the Seal of the United States to be affixed.

Done at the City of Washington, this Third day of October, in the year of our Lord one thousand eight hundred and sixty-three, and of the Independence of the Unites States the Eighty-eighth.

By the President: Abraham Lincoln