How chocolate bunnies, Peeps & other favorite Easter candies came to be a thing 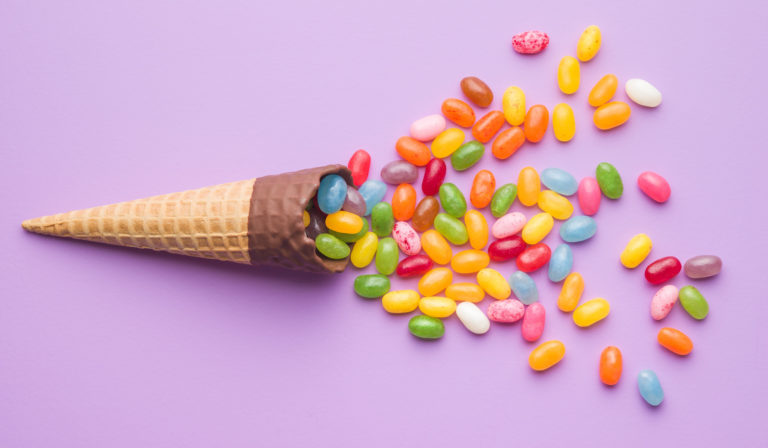 Easter is known for its signature candy like jelly beans, Peeps and those Cadbury Creme Eggs we can’t get enough of. Discover the history behind popular Easter candy and how it got, well, so popular.

Each candy is rooted in more than just our love of sweets. Many of these candies actually have a backstory that is based in tradition and history. Check it out below.

The first Cadbury chocolate eggs were released in 1875, but they weren’t filled with creme. Instead, they were filled with “dragees,” which are little sugar-coated chocolate drops.

The first creme-filled egg was released in 1923, but the version we know and love today didn’t hit the scene until 1971. These days, 500 million Cadbury Creme Eggs are made each year and they are the most popular product made by Cadbury by far.

ALSO CHECK OUT: 6 new Easter candy and cookies coming in 2019

The origins of the jelly bean are a bit unknown, though it’s believed to have been the result of a combination between Turkish Delight, which has been around for thousands of years, and Jordan Almonds.

Love jelly beans? So did Ronald Reagan — in fact, the former president proclaimed his affection for the sweet in the 1960s, helping to surge their popularity, which had been climbing since the 1930s.

These days jelly beans now come in a variety of flavors and are perfect for spring and Easter. In fact, Americans eat 16 billion jelly beans each Easter — enough to circle the globe three times.

The earliest form of this confection was made from the mallow plant, grown in marshes and harvested by ancient Egyptians as a gift for royalty.

As you’ve probably guessed, today’s standard bag of marshmallows — or package of yellow, bunny-shaped marshmallows — is not made from the mallow plant, but from gelatin. And in the late 1940s, a candy-maker named Alex Doumak discovered that he could shape marshmallow fluff into the squares we know and love. The ducks and bunnies came later.

These days, Peeps are the most popular non-chocolate Easter candy in the country, with 700 million of the little marshmallow guys eaten every year in the United States. Five million Peeps are made every day, year-round, in preparation for Easter.

Did you know that Germans were the first to decide that chocolate should be shaped into cute bunny rabbits to commemorate the arrival of spring? Similarly to dyed Easter eggs, the chocolate bunnies were then hidden for children to find.

While the well-known American candy company Whitman’s introduced bunnies made from chocolate in the mid-1800s, it still took years for them catch on. The early 20th century saw a surge in popularity for these rabbits. Whether you prefer your bunnies hollow or solid, no basket is complete without one. Ninety-one million chocolate bunnies are sold each year in the United States leading up to Easter. And, yes, most people eat the ears first.

Our smart friends at Cadbury were the first to make the chocolate egg with the crunchy outer shell in 1967. These delicious eggs came after M&M’s were invented in the 1940s, eschewing nut and other varieties to remain an Easter icon of smooth milk chocolate inside a simple sugar shell.

These days, chocolate eggs reign supreme as the most popular Easter candy.