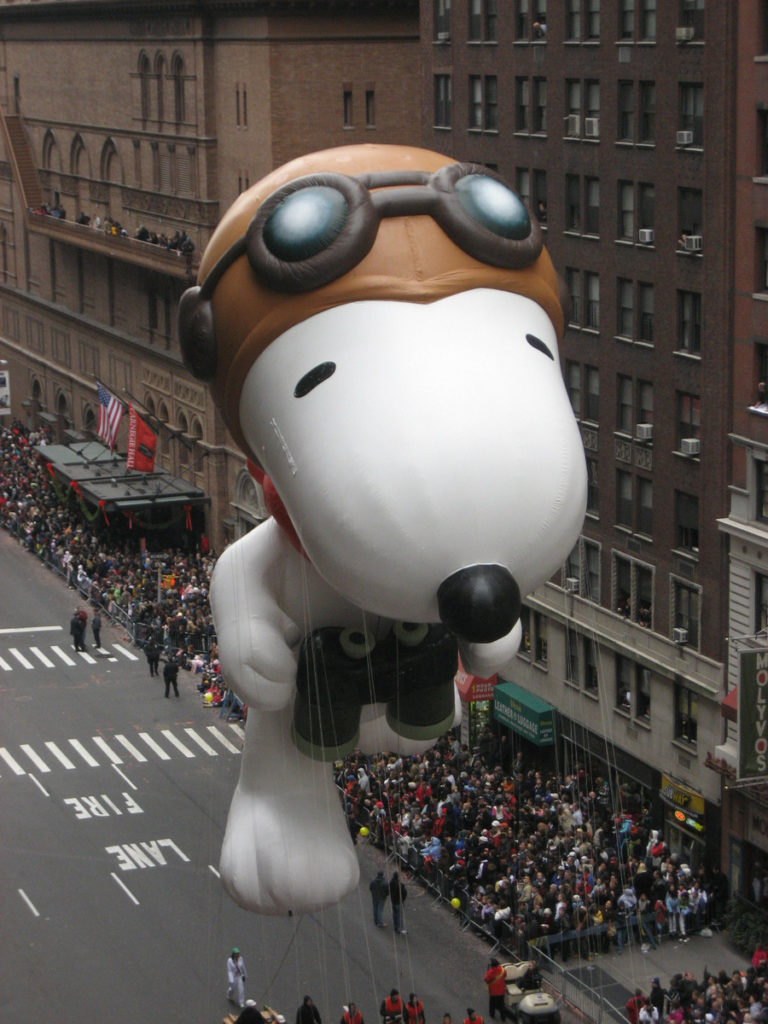 Who can participate in the Macy’s Thanksgiving Day Parade?

Since the first Macy’s Thanksgiving Day Parade on November 27, 1924, participants in the parade have always been Macy’s employees, their families and friends, or others who have a relationship with the Parade’s elements and partners. The exception to this parade participation policy is invited performing talent like marching bands, celebrities and singers. Think you’d like to participate? You’ll have to be approved by the Macy’s Parade Office. 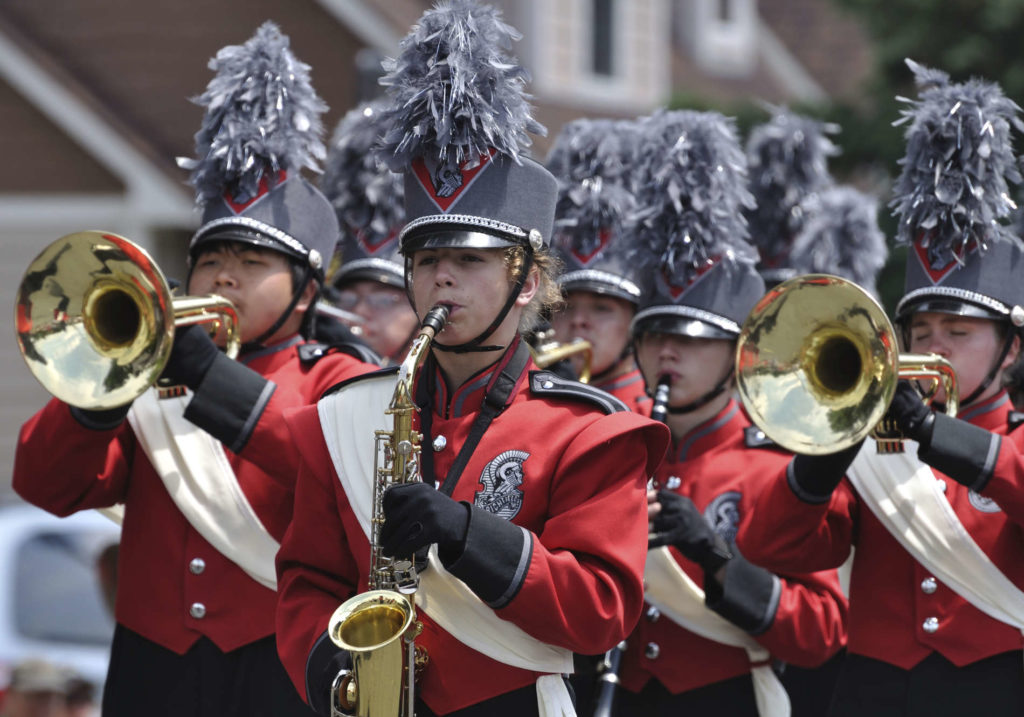 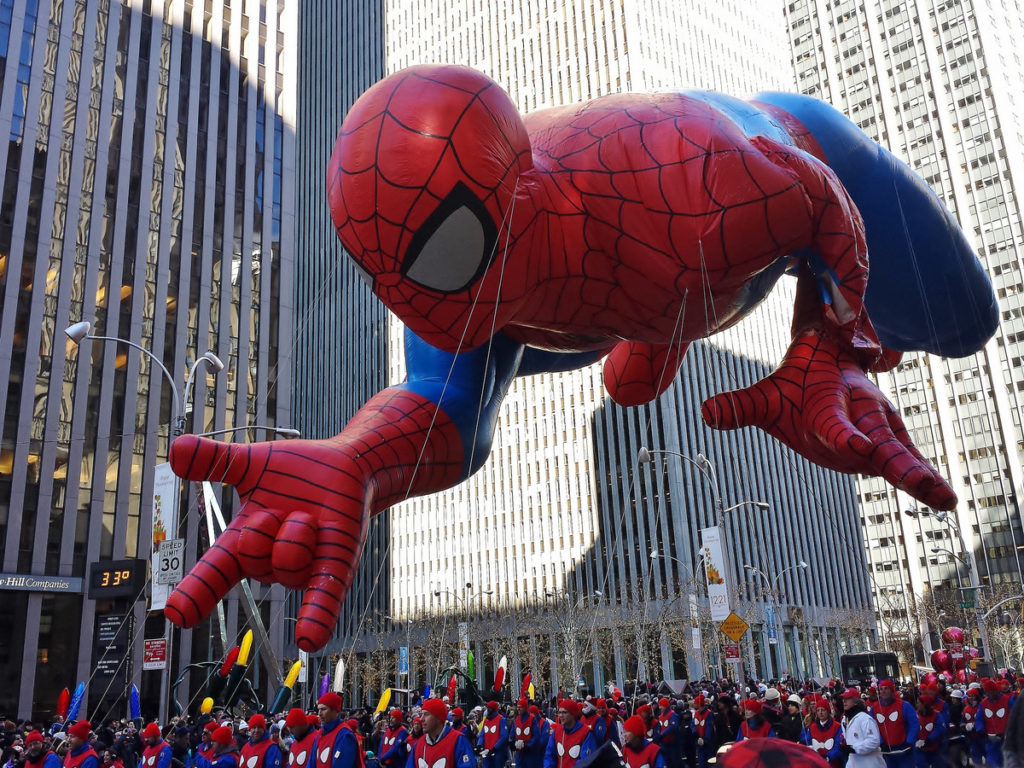 How to watch the parade

Tickets for the grandstand seating at the Macy’s Thanksgiving Day Parade aren’t available to the general public. A small amount of seats are provided to Macy’s employees, friends and family. Seats here are also donated to charitable organizations for auctions.

You could try to score a spot along the parade route. Camp out along the west side of the street on Central Park West from 59th to 75th Streets if you’re an early riser, or arrive a bit later and snag a spot along the route on 6th Avenue. It’s not advised to watch the parade near Columbus Circle because the balloons often race through this area due to increased winds.

Our advice? Sit back and enjoy the parade as it’s broadcast on NBC for the 52nd year! Besides, last year’s forecasted parade high temperature was 33 degrees. That’s a single degree above freezing and sure, if you can score a ticket you’ll be packed in tighter than Santa in his whitie-tighties so you’ll probably stay warm … but we recommend sitting back, sneaking bits of turkey and enjoying the parade on TV along with 50 million or so other spectators!

And if you’ve got a standing date with a Turkey Bowl Tournament, you better set your DVR – no reproductions or copies of the parade are distributed, EVER.

Sneak peek at the balloons!

You can get a first look at the big day balloons by attending the Macy’s Giant Balloon Inflation from 3pm to 10pm the day before Thanksgiving. Enter the special balloon inflation areas surrounding the Museum of Natural History beginning at 79th Street and Columbus Avenue.
[/symple_callout]

Map out the parade route

The Macy’s Thanksgiving Day Parade has always been in Manhattan but the route has changed over the years. Originally, the six-mile route started at 145th Street in Harlem and ended at Herald Square. Beginning in the 1930s, inflation of the balloons occurred in the area of 110th Street and Amsterdam Avenue, near St. John the Divine Cathedral. The parade then proceeded south on Amsterdam to 106th Street and turned east; at Columbus Avenue the balloons had to be lowered to go under the 9th Avenue Elevated Subway tracks. Beyond the tracks, the route continued through 106th Street to Central Park West and turned south to finally end at Macy’s.

In 2012, another new route was introduced, eliminating Times Square and rerouting the parade down Sixth Avenue. This shift was met with protest by the Times Square BID and Broadway Theatre owners.

2nd Macy’s is the second largest consumer of helium, behind the U.S. government

10 Hours to blow up all the balloons before the parade

12 Parade broadcasts have earned an Emmy for outstanding achievement

17 Gallons of paint to cover the Kung Fu Panda balloon

18 Months to plan each parade

80 Foot high balloon – Superman – is the tallest ever

1958 Due to a helium shortage, the balloons are carried by large construction cranes

18,000+ Cubic feet of helium to fill Shamu – the largest balloon ever

2.6 Million gallon jugs of milk-worth of helium to fill the balloons each year

Over 3.5 million spectators watch the annual parade in person

Over 50 million watch the parade from home

1929 Return address labels are added to the balloons, along with a safety valve, so they deflate slowly after being released

1935 The Marx Brothers and Donald Duck premiere in the parade

1940 The Tin Man, Pinocchio and Happy Hippo debut in the parade

1950 Freida the Dachshund joins the parade

1951 Mighty Mouse is featured in the parade

1952 NBC becomes the official broadcaster of the parade

1957 Popeye stars in the parade but his hat fills with water during a heavy rain, causing him to veer off course and pour water on spectators

1958 Due to a helium shortage, the balloons are carried by large construction cranes

1961 Bullwinkle the Moose first appears in the parade

1961 The televised parade moves from one-hour to two

1962 Donald Duck reappears in the parade in a new version

1965 Underdog soars by in the parade

1977 Kermit the Frog soars above the parade route

1982 Olive Oyl with Swee’Pea is the first female character in parade history!

1983 Hold on to your picnic baskets! Yogi Bear joins the parade.

1986 Baby Shamu (the largest balloon in history!) floats through the parade and Raggedy Ann crashes into a lamppost

1994 Barney tears his side on a lamppost

1997 Pink Panther hits a lamppost while being inflated

1997 High winds push Cat in the Hat into a lamppost, injuring a spectator with falling debris and leaving her in a coma for a month

1998 Babe the Pig and Dexter cruise the route

2008 To infinity and beyond! Buzz Lightyear joins the parade. A Keith Haring-inspired balloon hits the NBC Broadcast Booth.

2011 The Kool Aid Man tips over after becoming deflated

2011 On the 10th anniversary of 9/11, the parade invites family members from Tuesday’s Children to cut the ribbon

2013 Snoopy with Woodstock is the 7th version of the beloved pup to join the parade. Meanwhile, Spider-Man’s left arm partially deflates after hitting a tree

What happens when a balloon hits a lamppost?

Find out in the balloon mishaps infographic!
[/symple_callout]