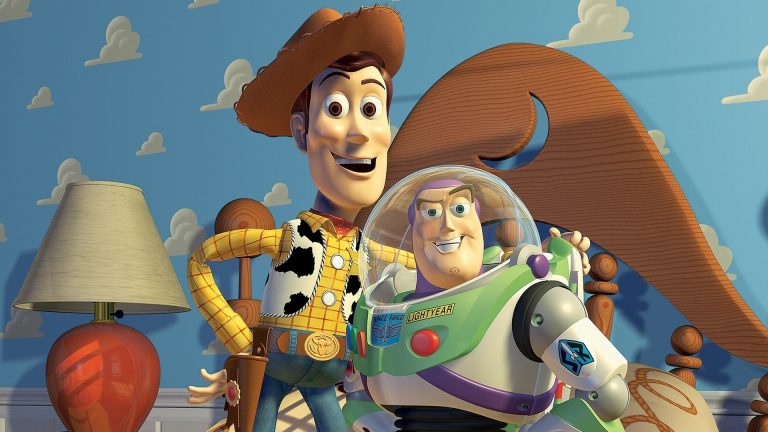 We get it; we really do. You’ve had a long week and you’re exhausted. It would be so tempting just to toss some leftovers in the microwave and let everyone do their own thing. And we’re not saying you should never do that. We’ve all been there, Mama (and surely will be again soon).

But family night is important, too — and in the immortal words of Woody, you should reach for the sky. So, lasso your little ones and get ready for a rootin’ tootin’ good time! You’ll be everyone’s favorite deputy when you cue up Disney’s “Toy Story” and serve a meal inspired by the fictional inhabitants of Andy’s room.

When you’re a member of Woody’s posse, you need to dress the part. So, round up your best western wear: cowboy (or girl) boots, a button-up shirt, some Wrangler jeans and, naturally, your trusty hat. If you’re into method acting, hang a coiled lasso from your belt loop and randomly rope people throughout the night.

If you’re more out-of-this-world than the wild west ranger, feel free to break out a spacesuit. Or, you know, a NASA t-shirt would probably suffice, too.

Get your “Toy Story” on

Before you can start chowing down, you have to get the movie ready:

Dinner and a movie: Your “Toy Story” menu

And now, for our feature presentation… get your grub on with these mighty fine eats.

First up? Thirst-quenchers. You’d be missing a real opportunity if you failed to put some RC Colas on ice in honor of — you guessed it — RC the toy car.

And since you’re headed to infini-tea and beyond, this caffeine-free (and, therefore, kid-friendly) blueberry rooibos iced tea from Salu Salo Recipes should keep everyone hydrated for the trip through hyperspace.

Then again, your offspring might actually sprout wings and blast off if they have too much added sugar. After a taste of the sweet stuff, switch them to Savory Spin’s fruit-infused sparkling water. Call it “rocket fuel” and you can even avoid watching your well-mannered kid turn into Sid.

While we don’t know for sure where Woody hails from, we’d be willing to bet our boots this cowboy came from Texas. If anyone can appreciate an appetizer like copycat Texas Roadhouse rolls with cinnamon honey butter, it’s him.

You can’t very well throw a “Toy Story”-themed dinner without reppin’ Pizza Planet. This inspired pepperoni fondue from Disney Family is so tasty it’ll make everyone say, “Golly bob howdy!” And, honestly, who would pass up an opportunity to eat alien heads dunked in gooey cheese?

If the fondue isn’t a hit with the under 6 set, you can always fall (with style) back on a fail-safe — ham and cheese, a duo as iconic as Woody and Buzz. And, just FYI, these fried sammies from Apron and Sneakers taste even better if you refer to them as “Hamm” and cheese rolls.

Side Dish: Lumberjack (or should we say cowboy?) beans

This dish may be dubbed lumberjack baked beans, but let’s look at the cold, hard facts. They’re baked beans, for starters. Plus, both bacon and a sweet-savory BBQ-like sauce make the ingredient list. So, you know what? We’re reclaiming them for Woody. Cowboy beans, it is!

These are nacho average mashed potatoes. They’ve got some Southwestern flair, thanks to a blend of tomatoes, cilantro, black beans, bell peppers and taco seasoning. We have no doubt Woody would approve, but — shhh! — it’s probably best not to mention this side around Mr. and Mrs. Potato Head.

Wondering where the vegetables are? Look no further. This autumn chopped kale and spinach salad provides a nice pop of nutrients. Hand your kids a set of tongs and let them go wild operating “the claaaaaaaw.”

Happy birthday to … Andy, of course! Had it not been for his special day, the world never would have met Buzz Lightyear (and what a sad world that would be). So, top off your “Toy Story” dinner with this big chocolate birthday cake. And if you want your family to think you can lasso the moon, plan ahead and order freeze-dried ice cream like astronauts eat.

Should you decide your kids have been good enough to delay their rendezvous with Star Command — aka go to bed — you might consider an after-dinner craft. We recommend Momdot’s DIY Nebula slime, otherwise known as galactic goo from the Gamma Quadrant.