Dinner and a movie: ‘Beetlejuice’ 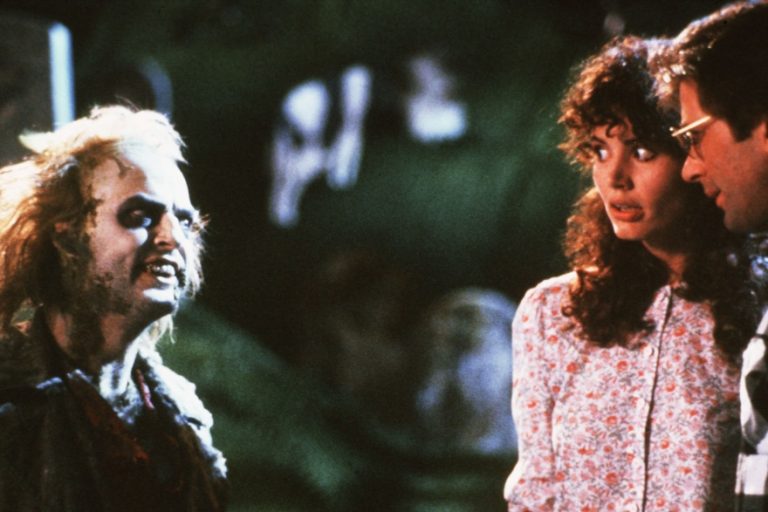 This 1988 comedy-fantasy flick stars Alec Baldwin when he was still young and devastatingly handsome, Geena Davis rockin’ her best ‘80s curls, a teen goth Winona Ryder in the role that made her a household name, and Michael Keaton as the titular Ghost with the Most.

There are so many memorable scenes in this movie that to name them all you would literally be listing every scene in it. From the sandworm to the waiting room of the afterlife, to the dinner scene and the wedding, it’s easy to see why it became an instant classic.

Bonus? It’s not too scary or gory, a plus for the squeamish. So it’s absolutely perfect for your next themed dinner and movie night.

Set your table with a black-and-white-striped tablecloth in a nod to Beetlejuice’s iconic suit.

The cover of The Handbook for the Recently Deceased would make perfect placemats. You can find the image on Pinterest and then print and laminate it.

A few days before the party, peel a few apples and carve little faces into them, impaling the bottoms on shish kebab skewers. They will turn brown and shrink a little more each day. Stand them in a flower pot filled with dirt for an unexpected centerpiece.

First, gotta take care of wardrobe! There are so many fun outfits to choose from here.

Adam Maitland has that preppy L.L. Bean, New England lumberjack thing going on. You can pull out your mom’s ‘80s wedding dress and it would probably be a dead ringer for Barbara Maitland’s gown, or you could copy her modest floral number. Adam Maitland’s wedding outfit is easy, too: a gray suit with a red bow tie and cummerbund.

Go goth for a classic Lydia look, or hit up vintage shops for a fluffy red prom dress if you have to have to have her bridal look.

And anything that a pretentious New York City artist would have worn in the ‘80s would be the perfect look for Delia.

Get your Beetlejuice on

Before you can summon some delicious food, you have to get the movie ready:

Dinner and a movie: Your Beetlejuice menu

Breakfast? Orange? Orange beetle? Close, but you won’t have to worry about accidentally saying that name three times if you sip on these orangecello and honey martinis.

For those who don’t imbibe, plain-old Minute Maid orange juice will do, just like the kind Beetlejuice uses to trick Lydia into saying his name. 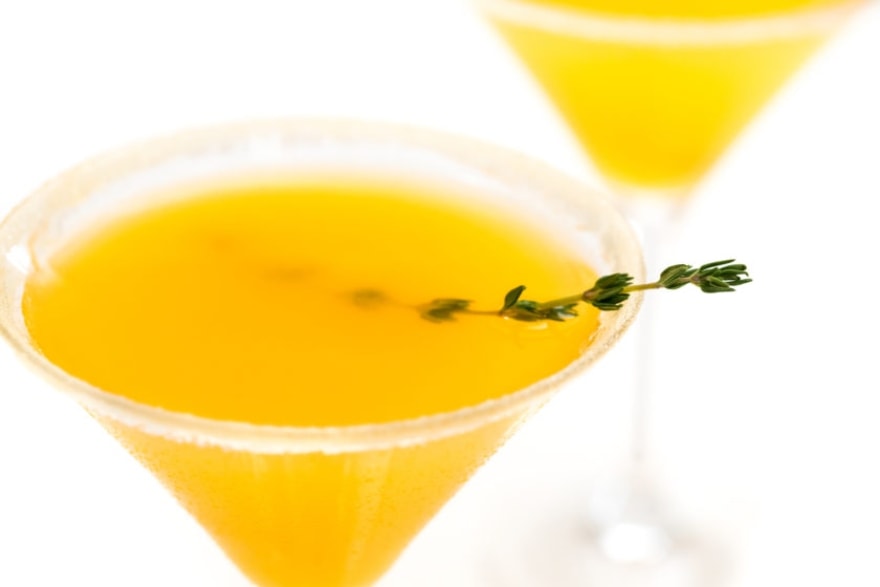 The number three holds heavy significance in this movie. Beetlejuice is summoned by saying his name three times, Lydia says “home” three times to get away from him, and one must knock on the door to the afterlife three times to gain admittance.

Start off your meal with an app that’s three times as pleasing by serving this colorful hummus trio. 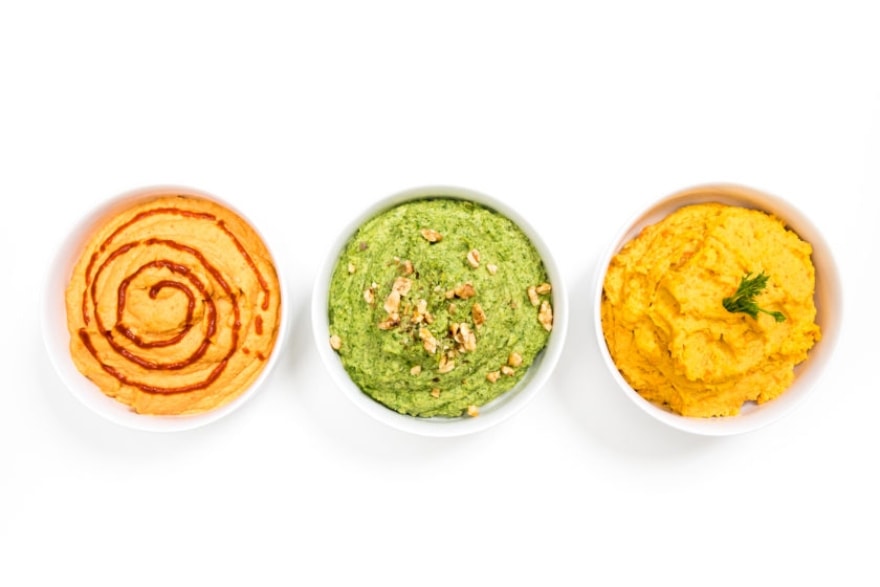 Sandworms and shrimp factor into two pivotal scenes in the movie, and our shrimp carbonara is a great way to rep both — noodle-y worms and shrimp, just like the shrimp-hands that grabbed guests at the Deetzes’ dinner party. 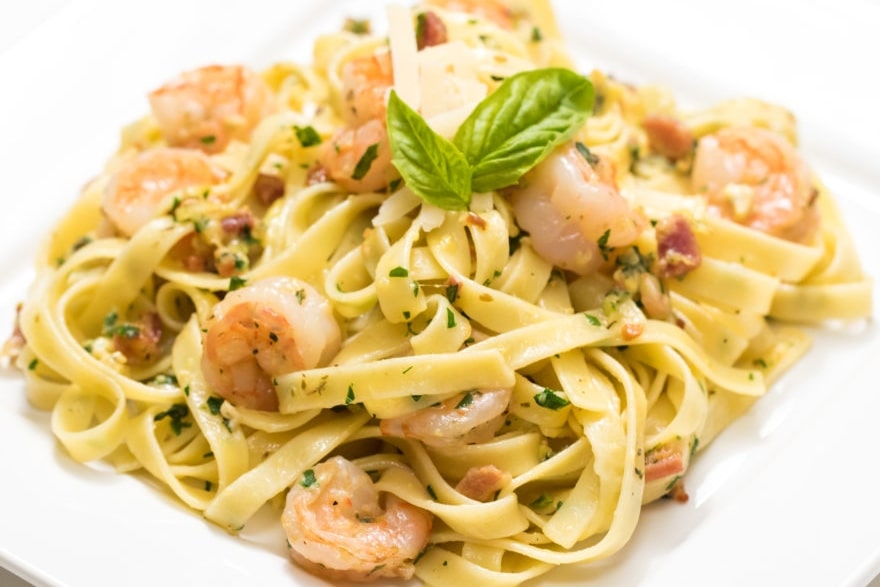 You don’t have to build an entire town in tiny scale to prove your dexterity. Step away from the model glue and try your hand at these impressive Beetlejuice cookies from Not Quite Nigella instead.

Tally your bananas with a scrumptious bananas Foster mini skillet flambé. Or you could just make a batch of our banana pancakes topped with ice-cream and drizzled with caramel sauce. 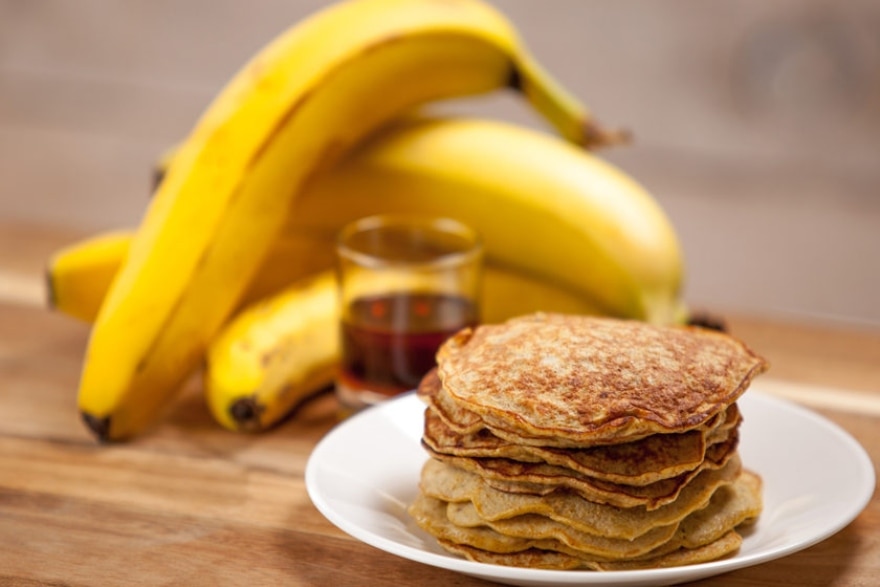 Your taste buds will float with joy (like Lydia after she gets an A on her math test) when you whip up some boozy root beer floats. Plus, the maple in this recipe by The Little Epicurean is a sweet nod to Vermont, where Beetlejuice was filmed.