Thanksgiving menus across the country 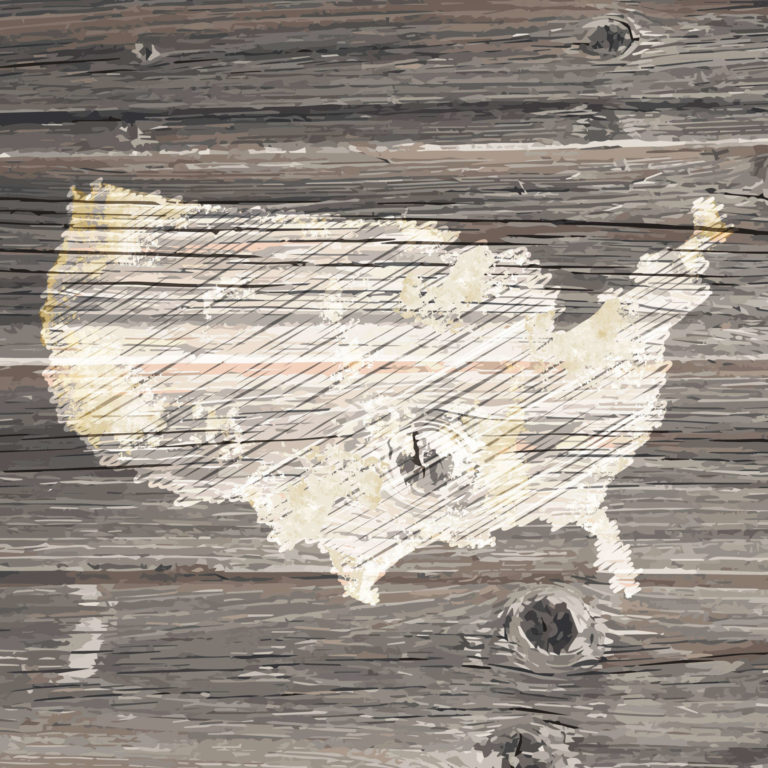 In the autumn of 1621, almost one year after the English Pilgrims landed at Plymouth Rock (in what is now Massachusetts), they gathered with the Wampanoag Indians for a feast celebrating the colonists’ first successful harvest.

A blend of Native American and English Puritan customs, the three-day celebration combined eating with expressions of gratitude and friendship. Historians believe the two groups dined on foods native to North America, such as duck, venison, lobster, crab, cranberries, pumpkin and squash.

Thanksgiving in the United States began as a way to give thanks for the year’s harvest. Food preparation often begins at dawn, and many families sit down to the main meal at midday or early afternoon. The practice not only gives diners plenty of time to enjoy the meal, but also harks back to the days before electric lighting was invented, and the biggest meal of the day would take place around noon.

Although the modern American Thanksgiving menu differs slightly from the original fare, the holiday’s essence remains the same: giving thanks for what you have and sharing with others.

Today’s Thanksgiving meal still revolves around foods native to North America. Turkey — whether brined overnight, basted with butter in the oven or deep fried outdoors — takes center stage. Although there’s no evidence that turkey was on actually on the Pilgrims’ menu, most Americans today couldn’t imagine a Thanksgiving Day dinner without “the bird.”

While the typical Thanksgiving meal includes traditional foods such as stuffing/dressing, mashed potatoes, cranberry sauce and pumpkin pie, how those staples are interpreted depends largely on who is doing the cooking. Different family traditions, ethnic backgrounds and regional flavors make each Thanksgiving meal unique, including vegetarian options that either can mimic the taste of turkey or replace it with an alternative main dish.

Northeast: In the Northeast, for example, a Thanksgiving meal might feature a turkey glazed in Vermont maple syrup and bread dressing spruced up with chestnuts, rosemary and thyme. And no Baltimore Thanksgiving would be complete without a side dish of sauerkraut — a testament to the city’s German heritage.

Southeast: Chefs in the Southeast are responsible for variations that have become popular outside their region. Southeastern concoctions such as cornbread dressing with oysters and candied sweet potatoes with roasted marshmallows are showing up on tables across America. How to finish the meal is an area for greater variation, with Floridians choosing Key lime pie, Georgians preferring pecan pie, and North Carolinians often opting for sweet potato pie.

Midwest: The bill of fare in the Midwest honors the region’s status as America’s heartland. Diners might gobble up wild rice dressing in Minnesota, green bean casserole in Illinois and Ohio, and cranberry sauce with cherries in Michigan. Folks in Indiana might finish their meal with persimmon pudding, a steamed pudding similar to England’s plum pudding that features the local persimmon fruit.

West: A region renowned for its plentiful produce, the West boasts a fresh Thanksgiving flavor. Cooks in California might season their turkeys with garlic, sage and thyme and incorporate wild mushrooms into their sourdough dressing. Their counterparts in Washington might substitute mashed yams for potatoes and sprinkle local hazelnuts into their dressing.

From maple syrup and chestnuts to garlic and hazelnuts, the regional variations of the modern Thanksgiving meal reflect not only the unique history of each cook, but also the rich diversity of America.