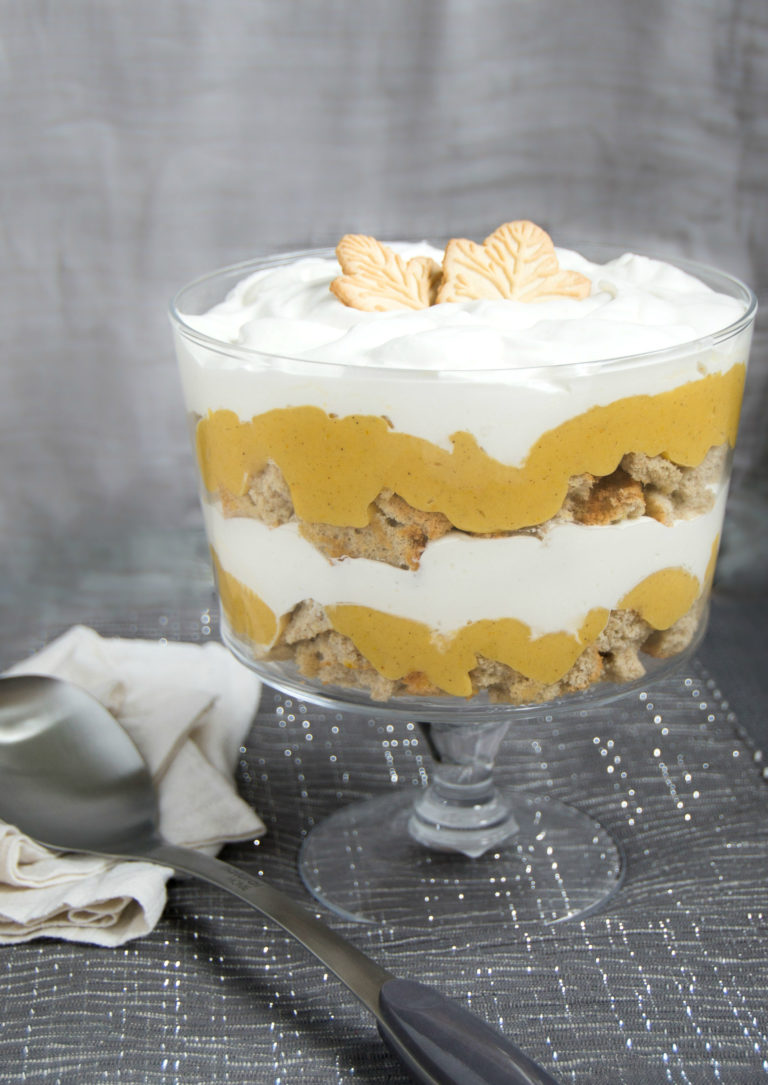 This pumpkin pie trifle is a simple, yet elegant dessert that your company is sure to enjoy on Thanksgiving Day. Chunks of light and airy spongecake soaks up a flavorful pumpkin pudding, and a fluffy, made-from-scratch whipped cream adds the finishing touch to this festive trifle.

This truly is the perfect Thanksgiving dessert for when you’re looking for something other than pie, but want a treat that still holds all the flavors of the season. Trifle is such a pretty dessert to look at and a lot easier than baking a pie. Layer together this trifle loaded with pumpkin pie flavors for a dessert your guests will remember. 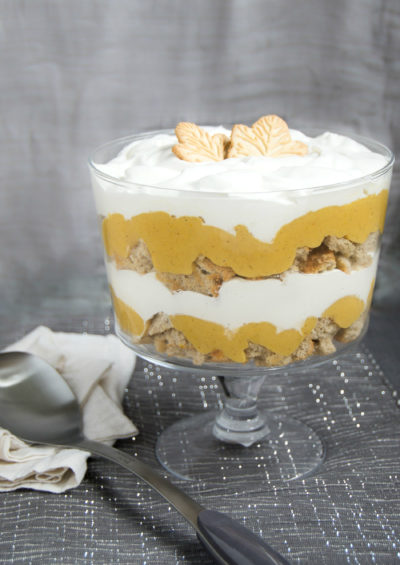 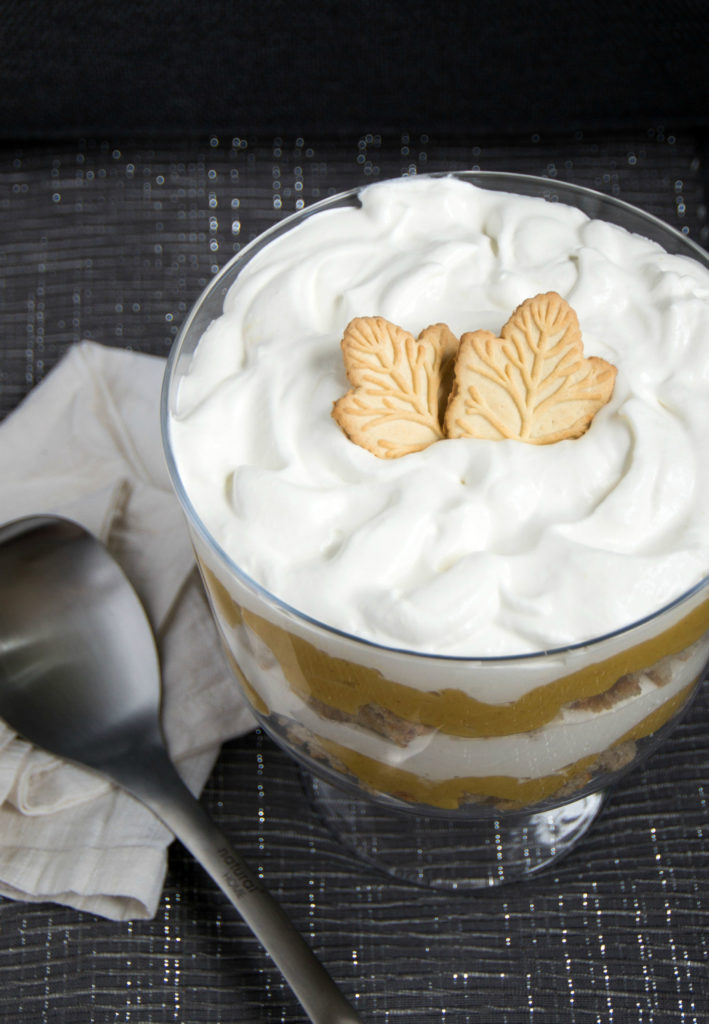