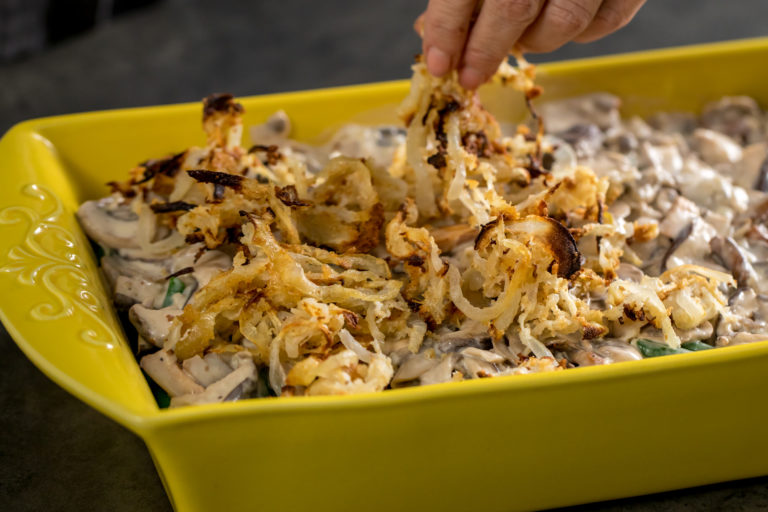 Most Americans are more than familiar with the traditional holiday side dish standby, the green bean casserole.

Believe it or not, the casserole recipe doesn’t have its roots in some old farming family tradition or WWII-era innovation. No, it was invented inside the Campbell’s Soup test kitchen back in what was a real age of kitsch — 1955. Created to promote the company’s cream of mushroom soup, their recipe for “Green Bean Bake” also made use of other newfangled convenience foods like frozen green beans and canned fried onions. 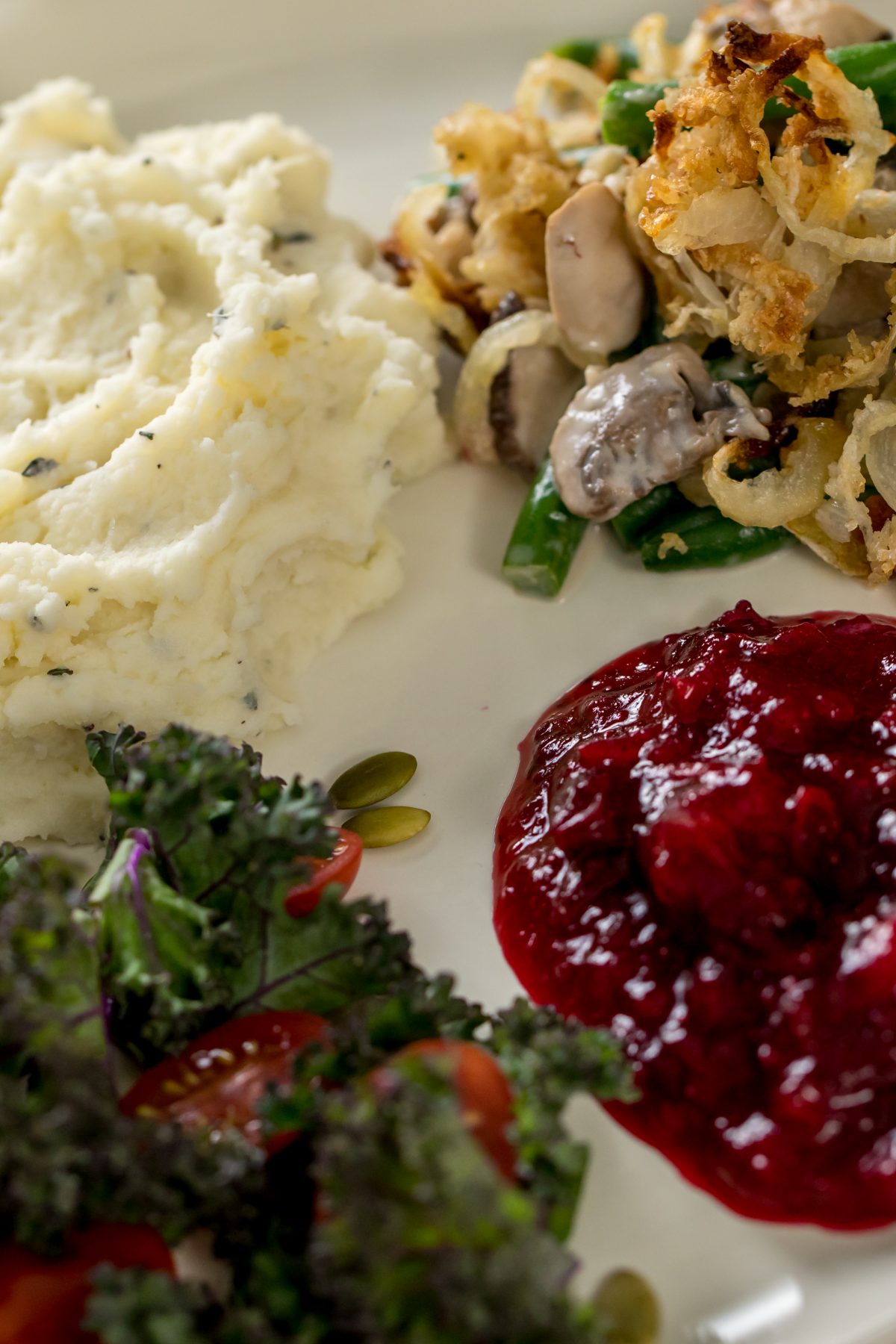 Over the past 60+ years, the green bean casserole has become an iconic dish — one that can be found on millions of tables across the country, and on multiple holidays during the year.

In fact, Campbell’s estimates that each year, more than 30 million households make a green bean casserole. That’s a whole lotta soup. (The original recipe was even donated to the National Inventors Hall of Fame archive, which puts it in the company of other noteworthy inventions, like an Apple computer circuit board from 1976.) 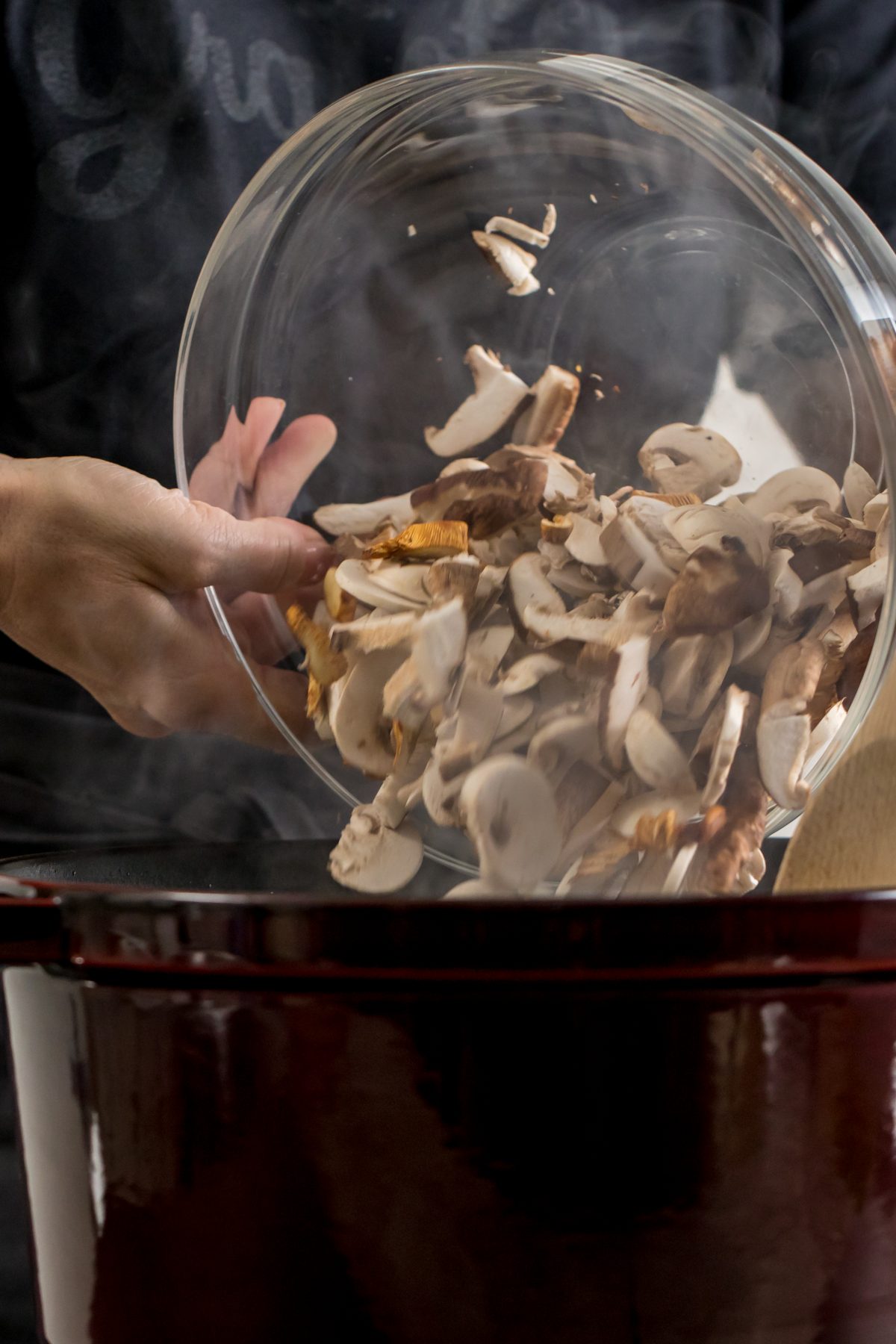 Despite such a storied history, we believe that there is always room for improvement. Our version of the classic green bean casserole recipe takes the old standby to new heights, and does not even require the use of a can opener! 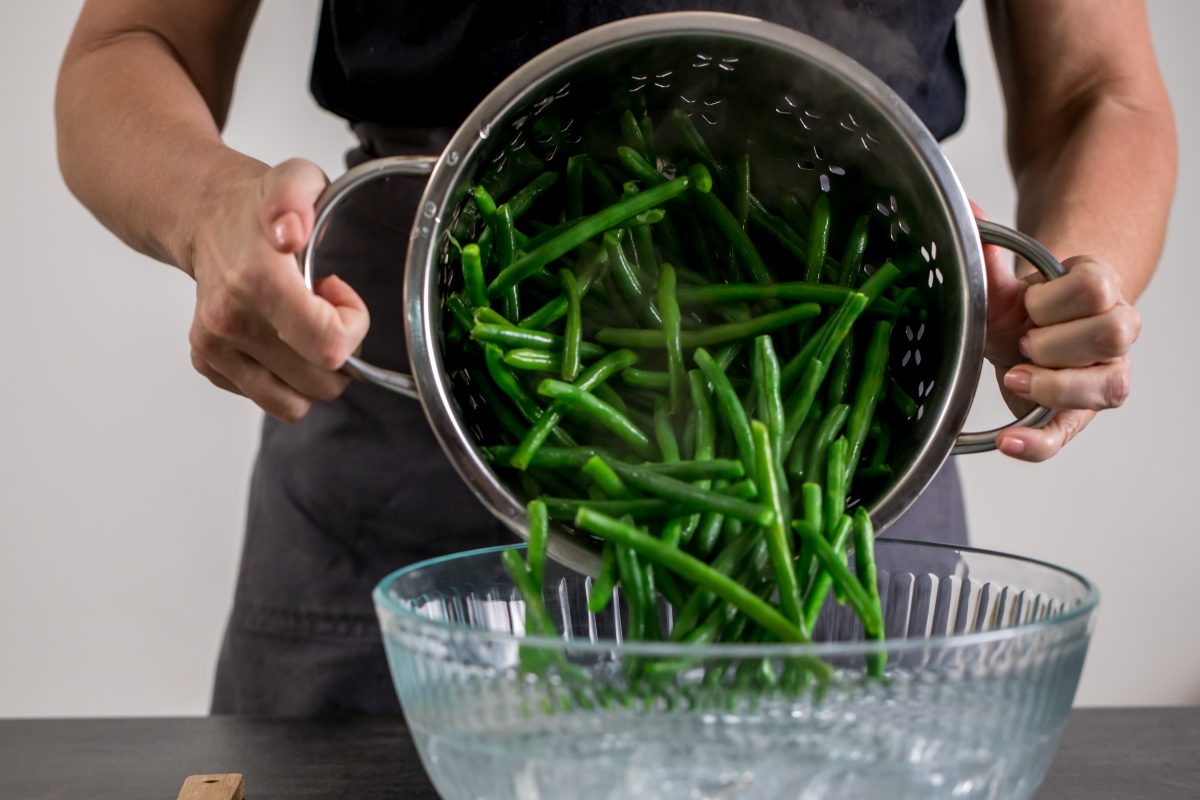 The recipe here features fresh green beans, blanched to maintain a vibrant green perfection, fresh mushrooms, garlic and shallots — all blended with a decadent cream sauce — then topped with breaded onions that have been baked to a crispy golden brown. 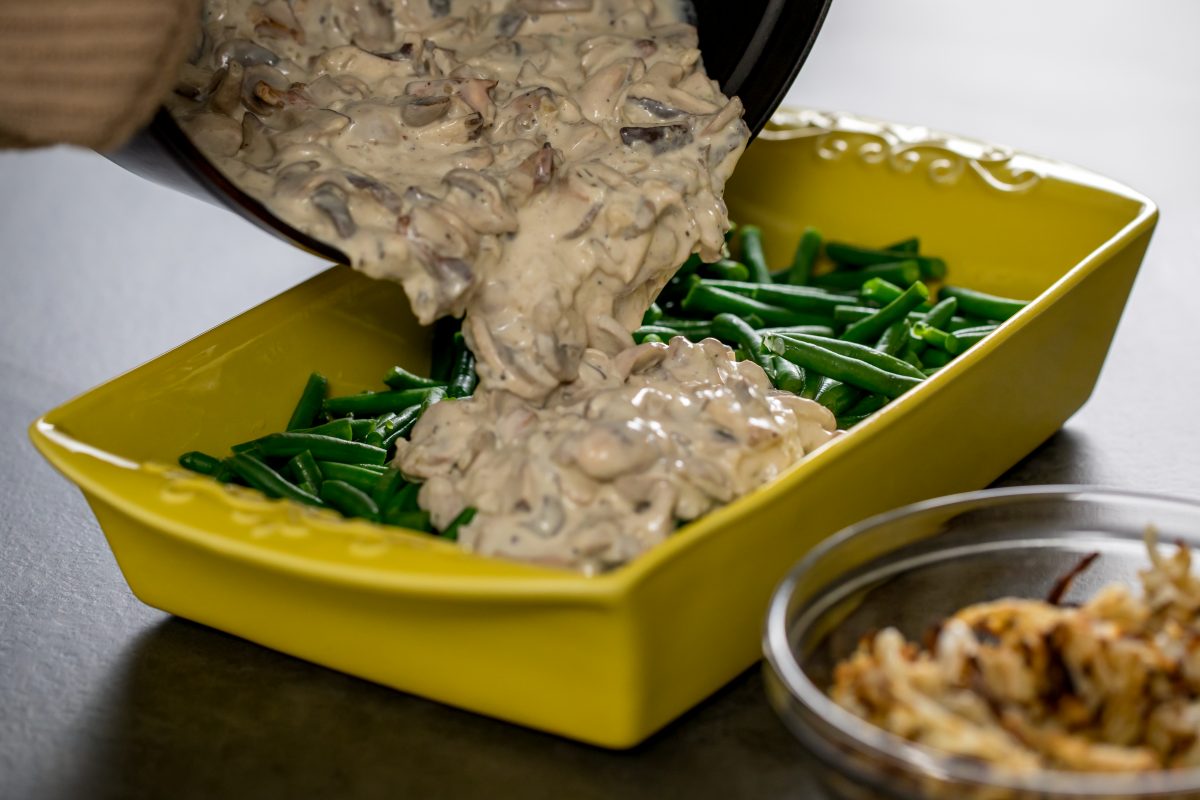 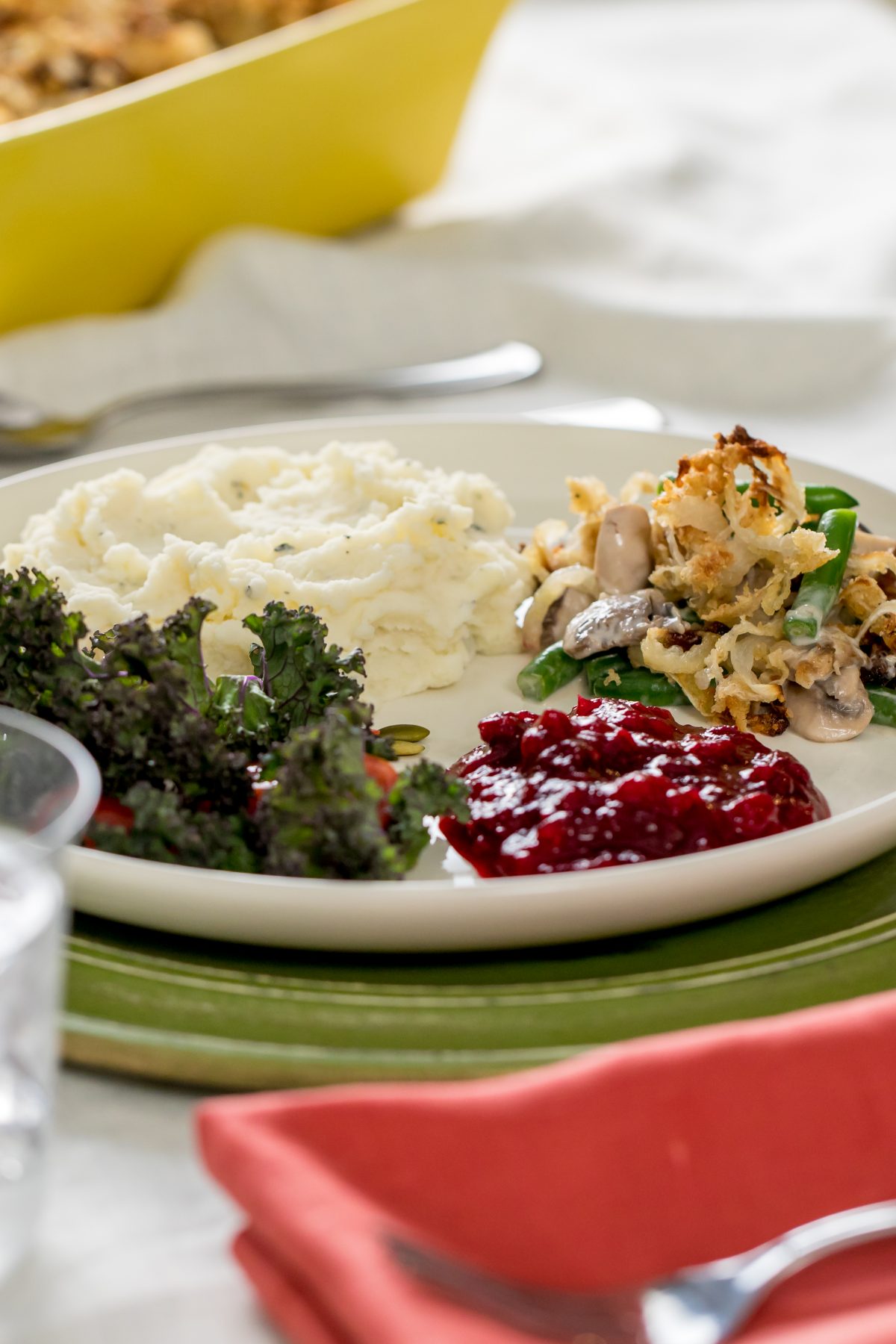 GET THE REST OF THE RECIPES featured on our Thanksgiving Day feast menu – including step-by-step video and photos! 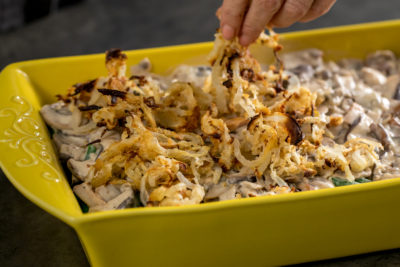 For the crunchy onion topping