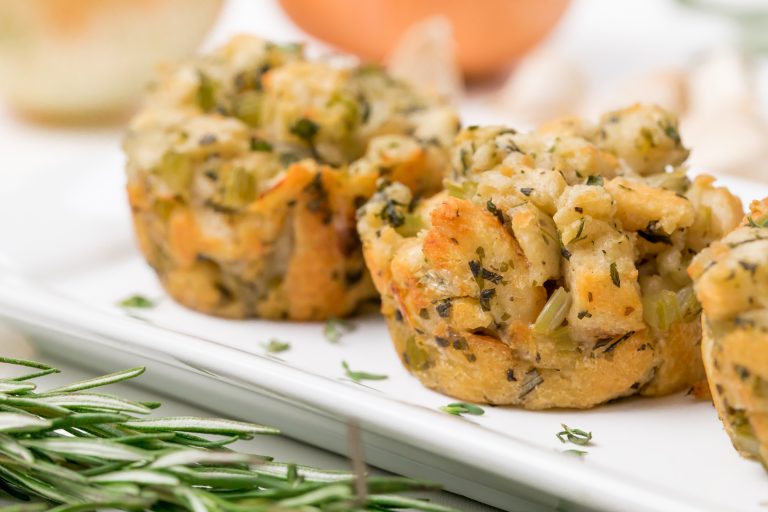 Shake up your traditional stuffing routine this Thanksgiving and make these irresistible stuffing muffins. If the name alone doesn’t excite you to get in your kitchen right now to bake them, once you nibble your way through a few, you’ll want to surprise your family with stuffing muffins, inspired by PureWow, all year round.

Never heard of stuffing muffins? Imagine your favorite holiday stuffing transformed into adorably delicious muffin-sized portions of stuffing that you can eat with your hands. They. Are. The. Best!

Our stuffing muffins feature tasty cubes of crusty bread doused with butter, generously studded with butter-sauteed onion, celery, garlic, fresh herbs and moistened with chicken broth. Baked in the oven and ready in 30 minutes or less, this quick, showy rendition of holiday stuffing comes to the table ready to be devoured.

Combine the bread and butter 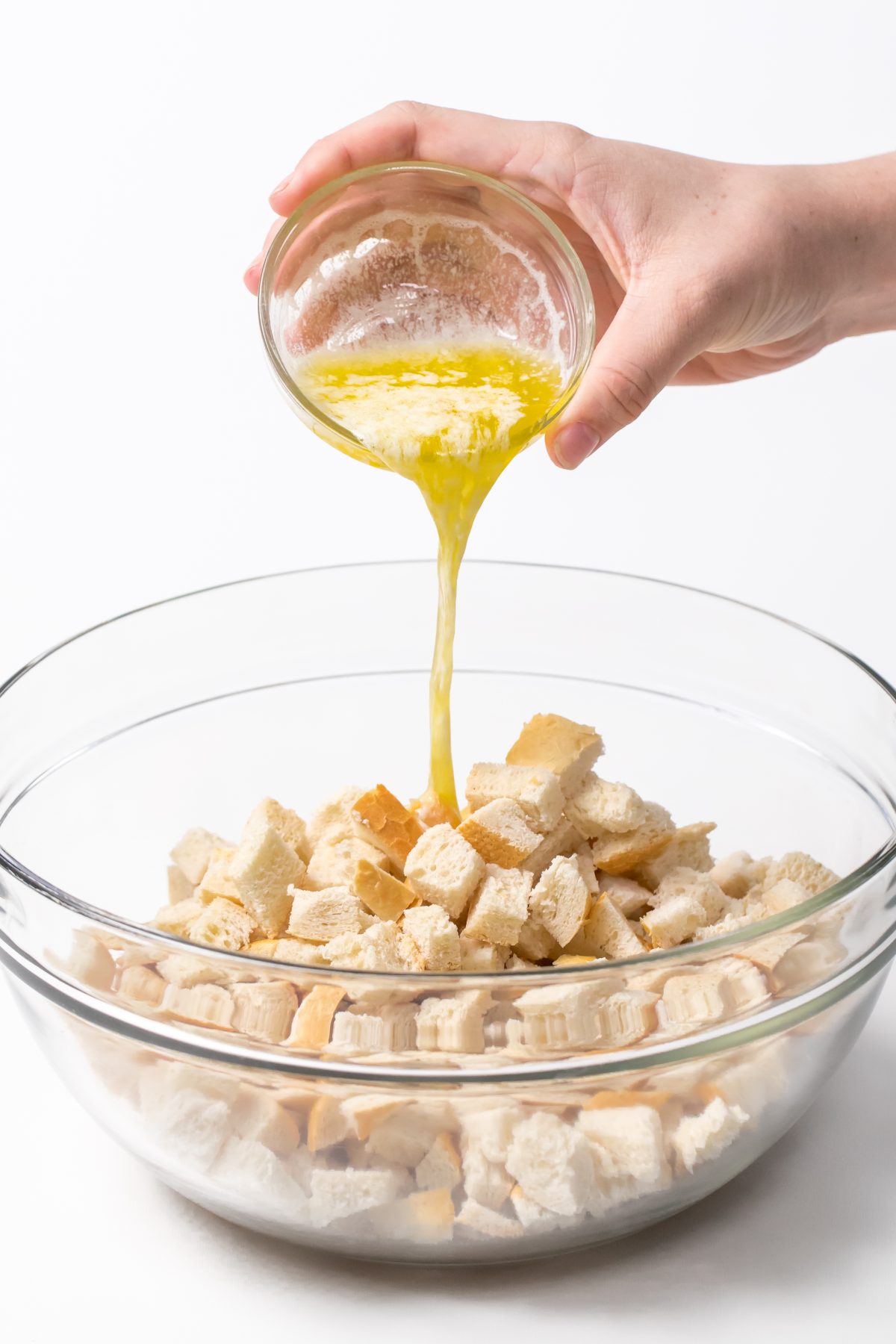 Add remaining melted butter to a large skillet over medium heat and cook the aromatics — diced onion and celery — stirring often, until they are fragrant and tender. 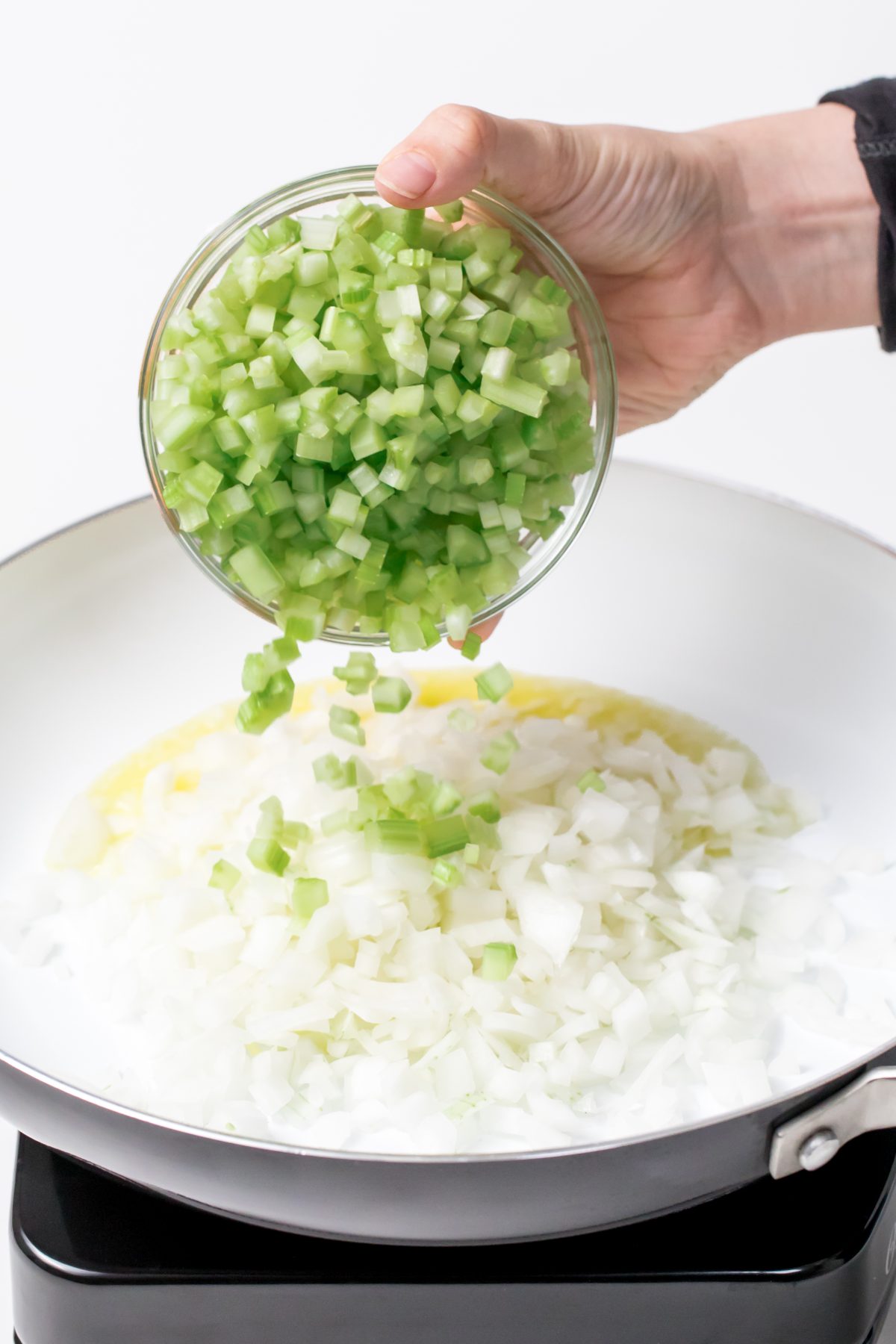 Add garlic and herbs to the skillet

Chopped garlic and fresh herbs — parsley, thyme, rosemary and sage — brighten up the stuffing muffins with flavor. Add minced garlic to the onion mixture and cook briefly, about 1 minute. Next, scatter the herbs into the skillet, stir to combine and season the vegetable mixture with salt and pepper. 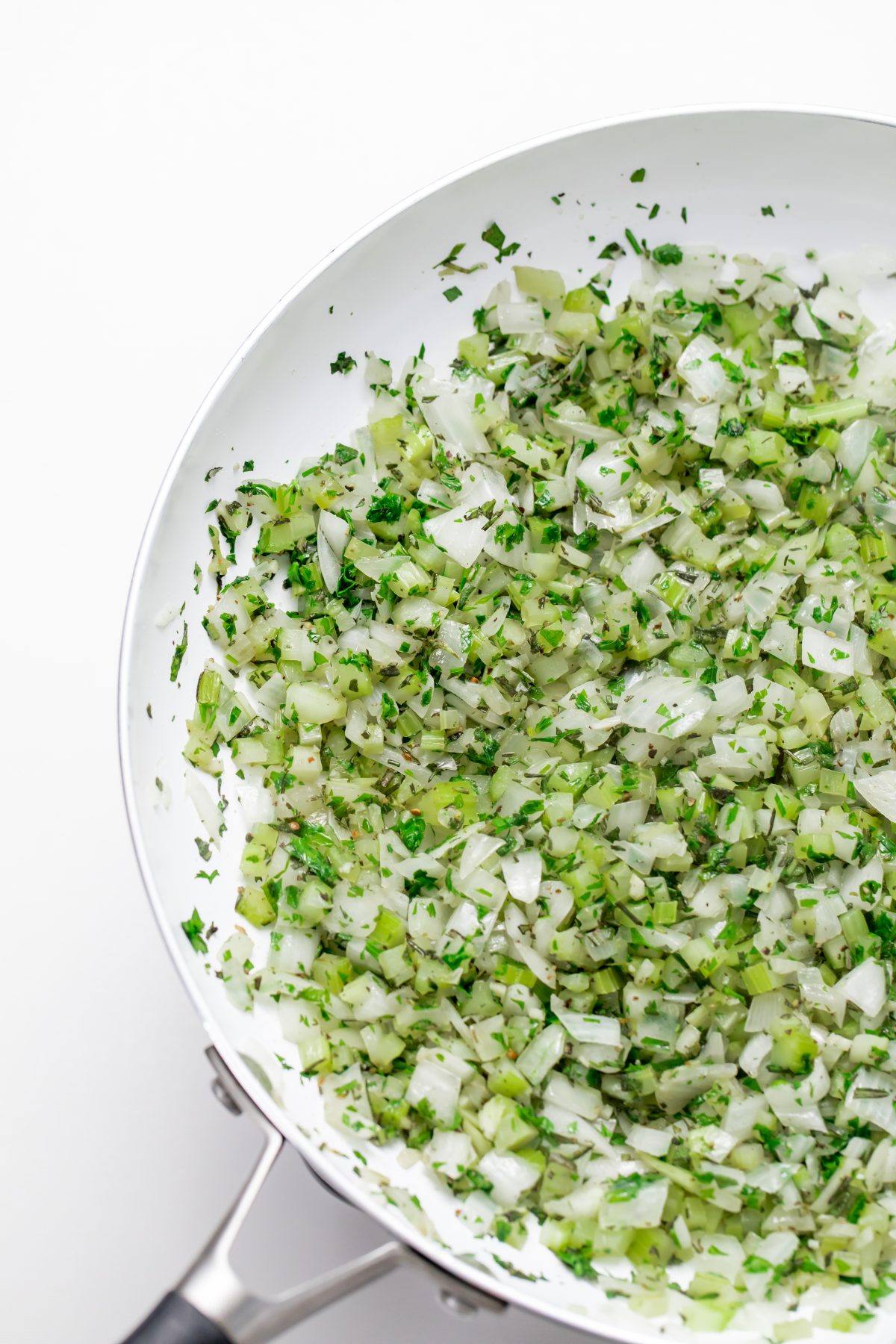 Pour the onion and celery mixture into the large bowl of buttered bread cubes. Toss until well-combined. Add chicken broth to moisten the bread cubes, gently stirring until the broth has been evenly distributed through the bread mixture. Set the stuffing aside to allow the bread to absorb the broth. 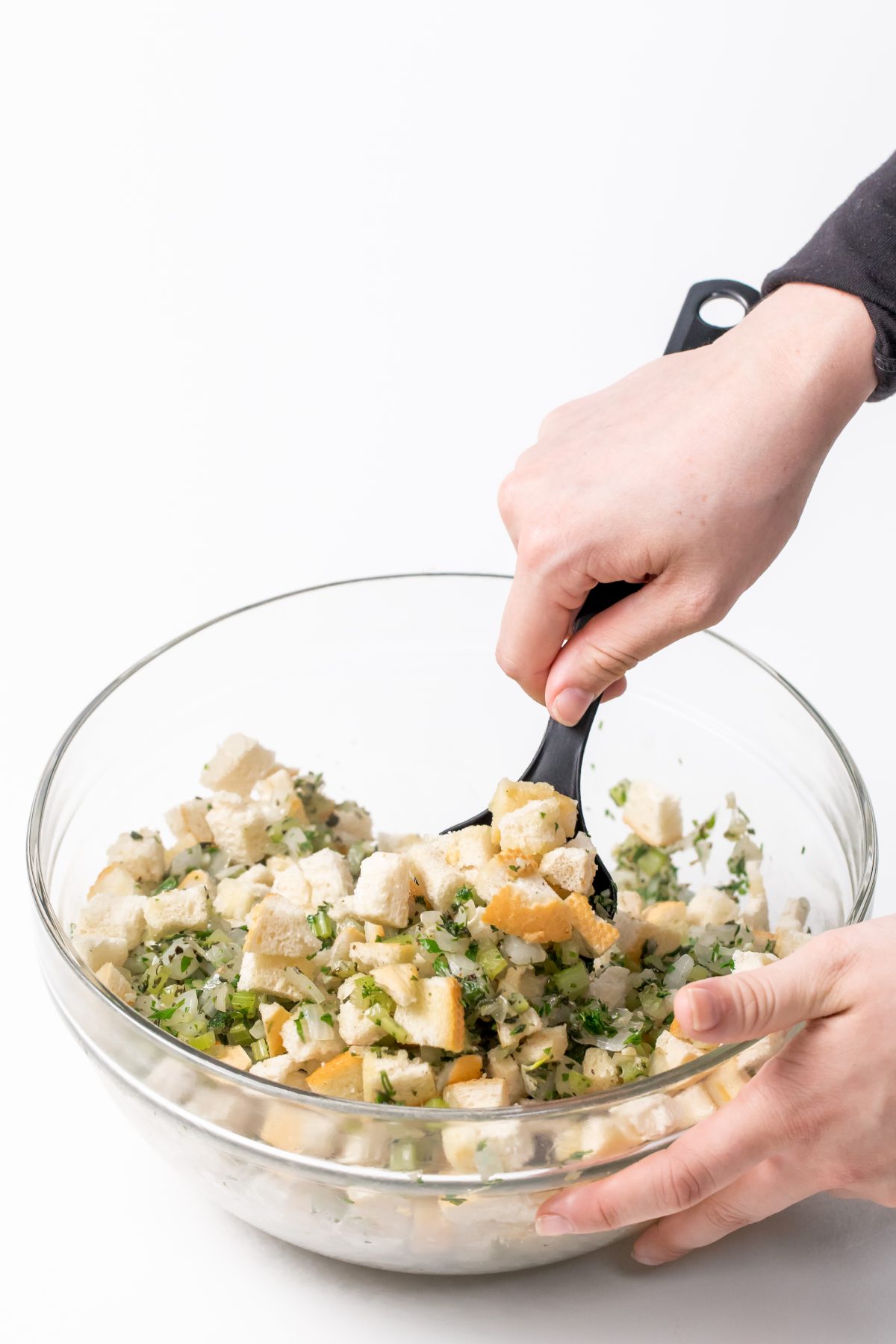 Now make the stuffing muffins. Evenly divide the stuffing mixture among the wells of a muffin pan that has been sprayed with nonstick cooking spray. Generously fill each muffin cup to the top. 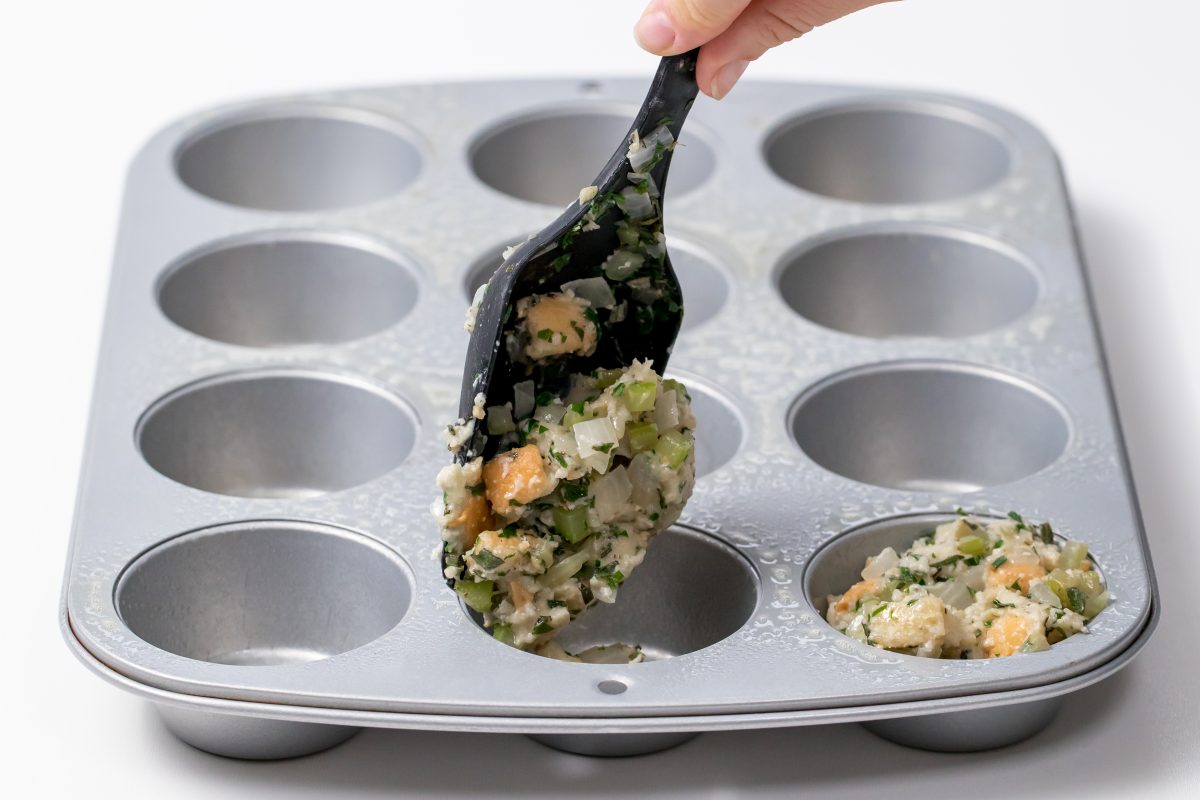 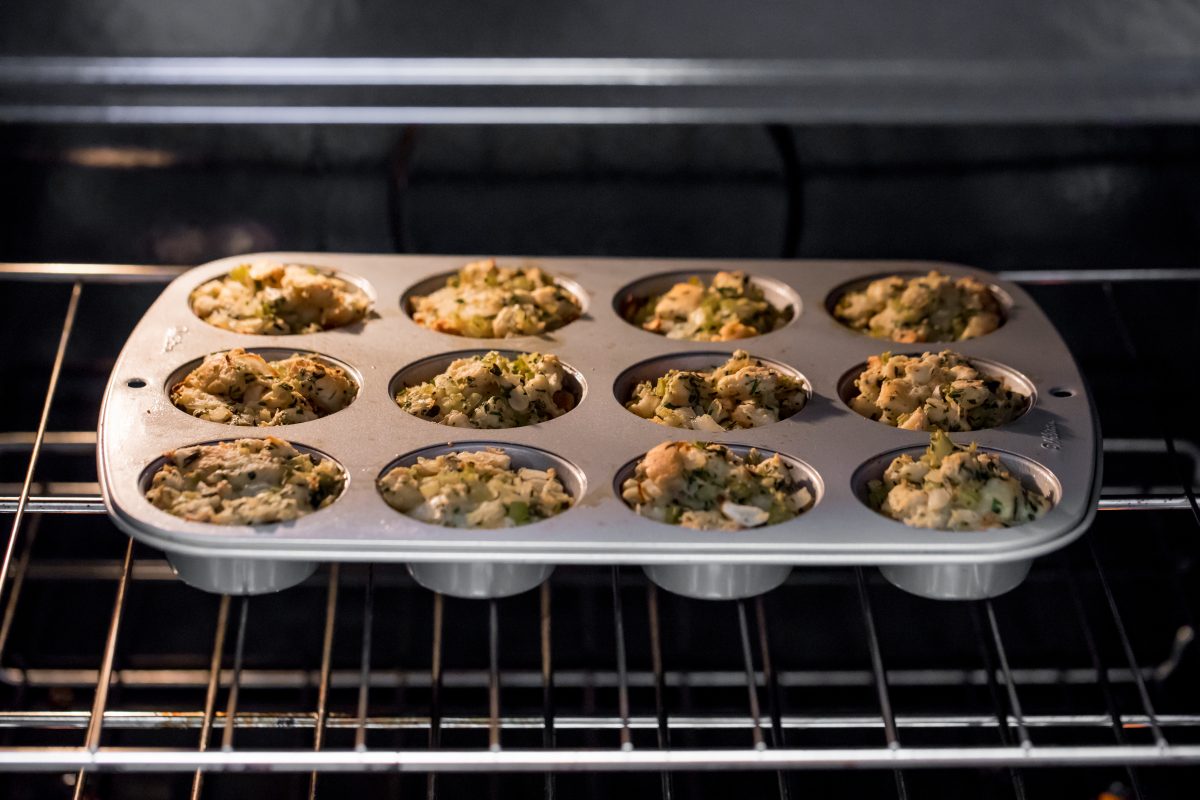 A fun twist on traditional stuffing 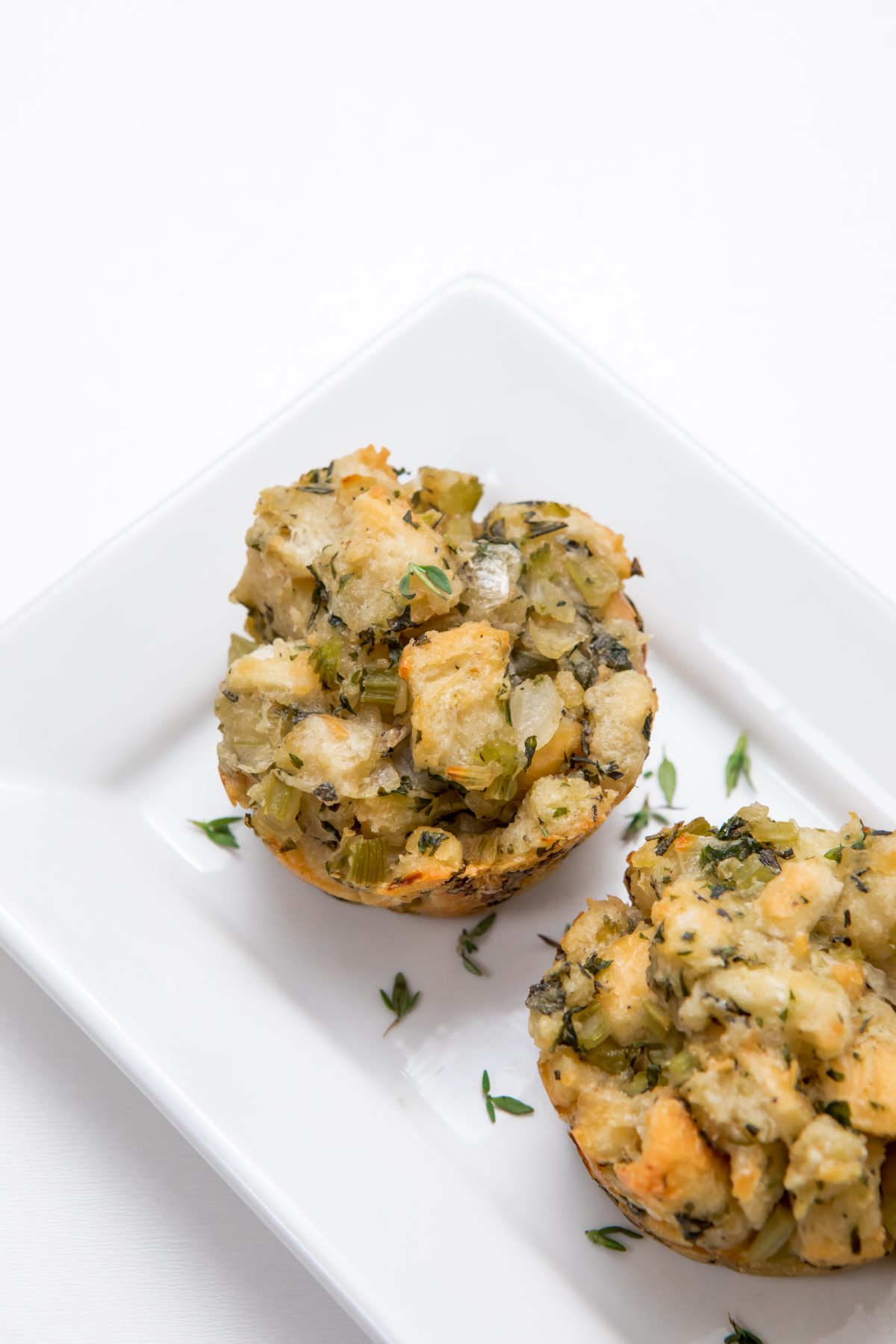 Makes for a pretty platter on your holiday table 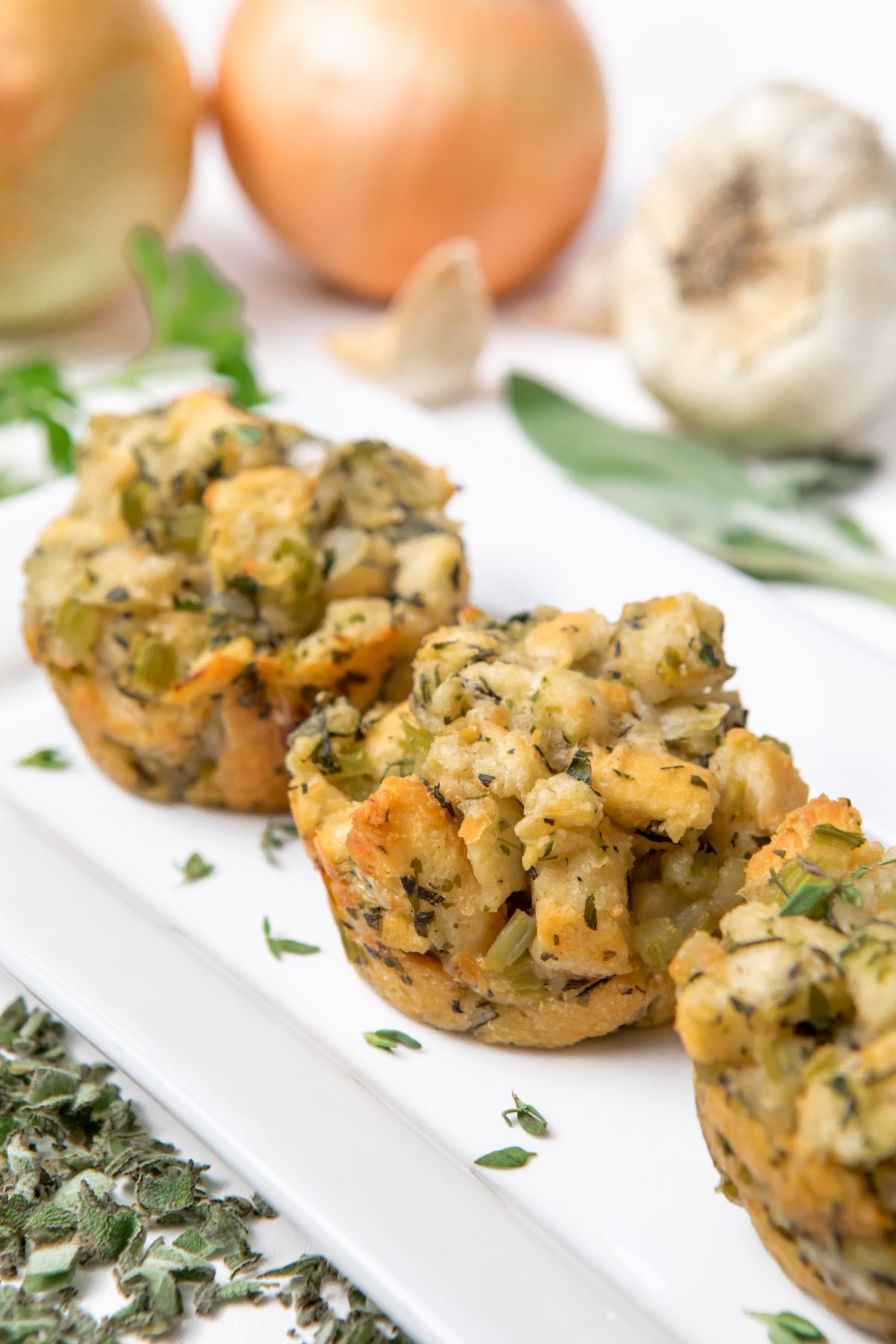 The perfect compliment to your special meal 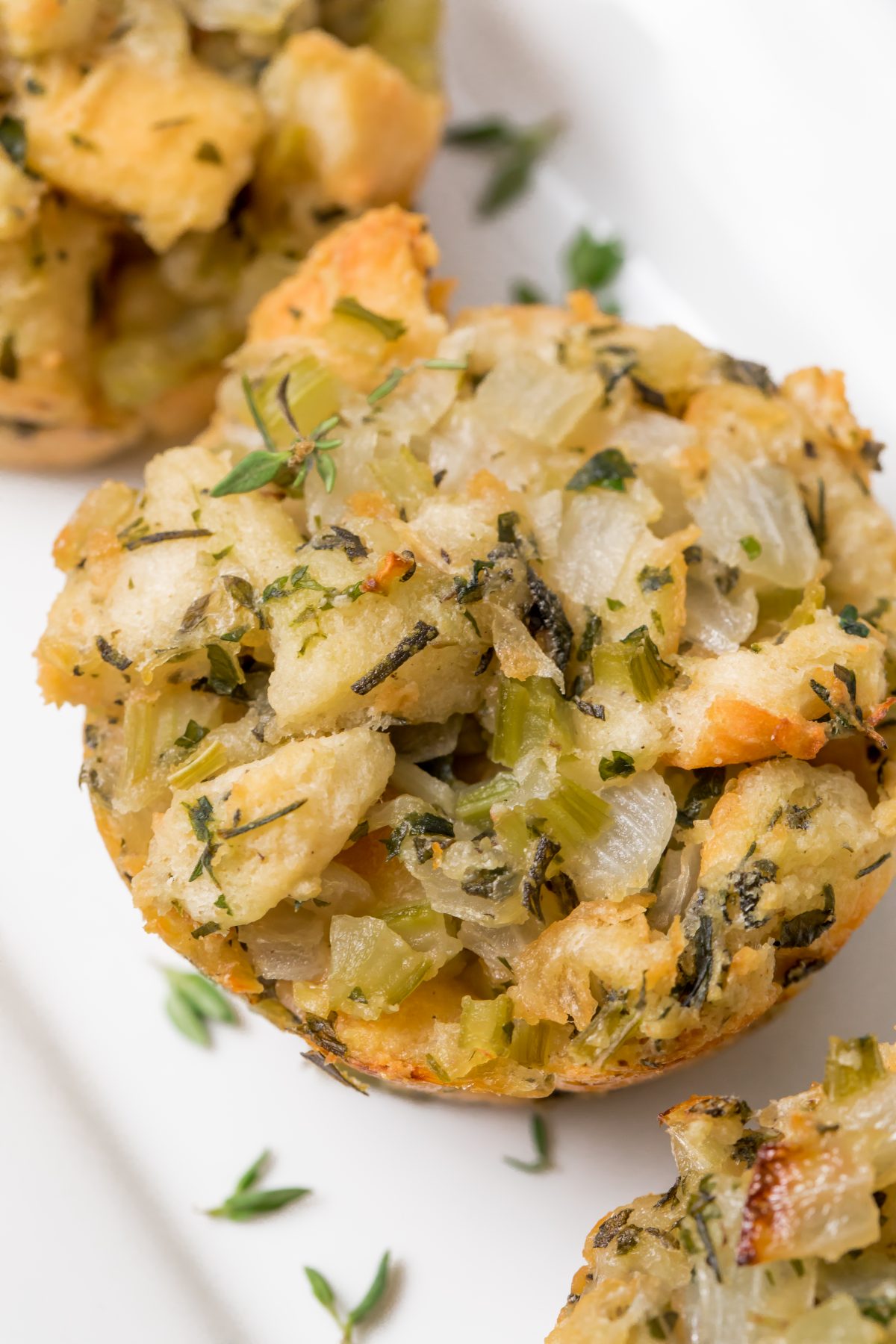 Flavor you can see! 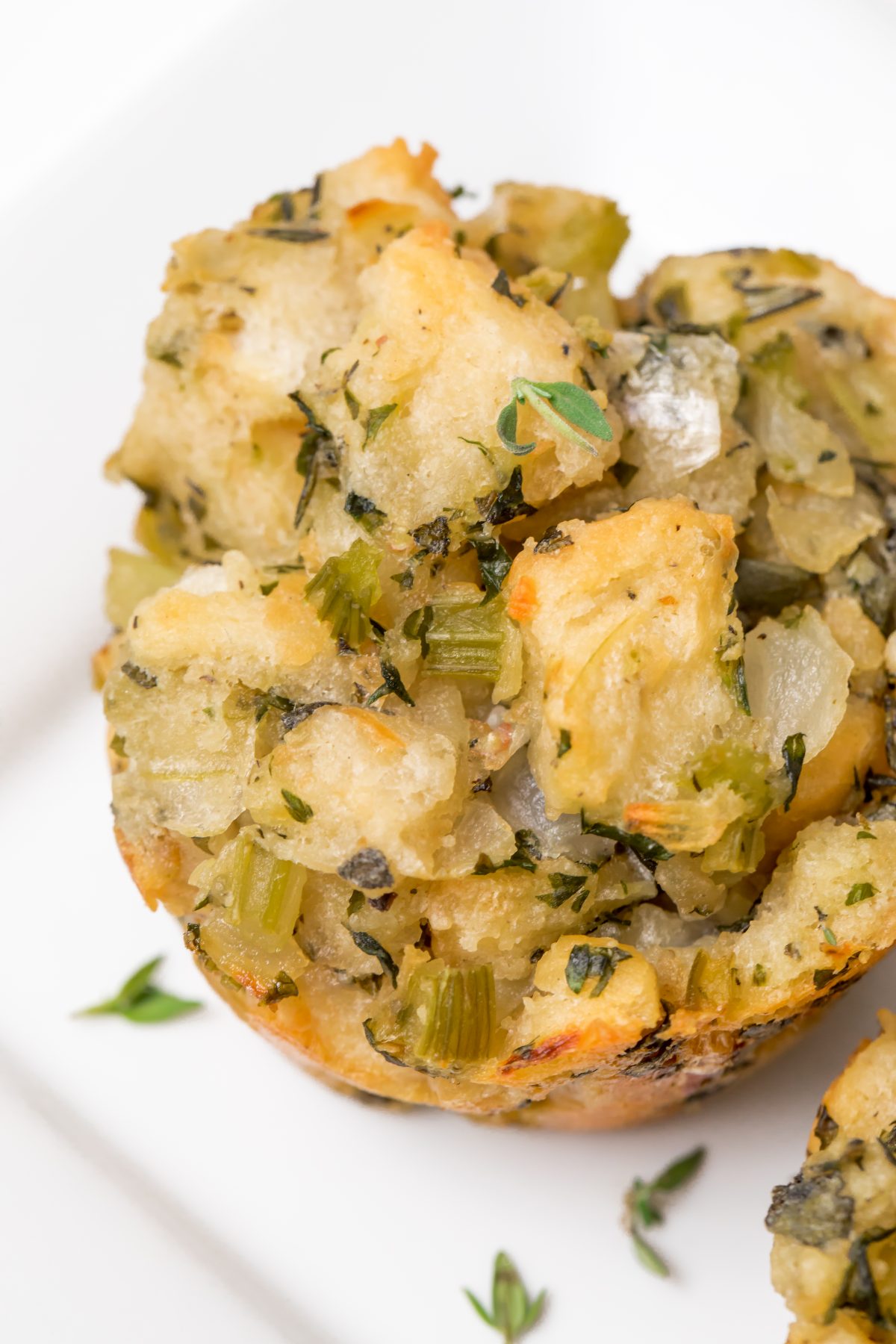 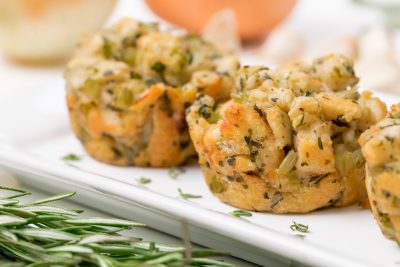 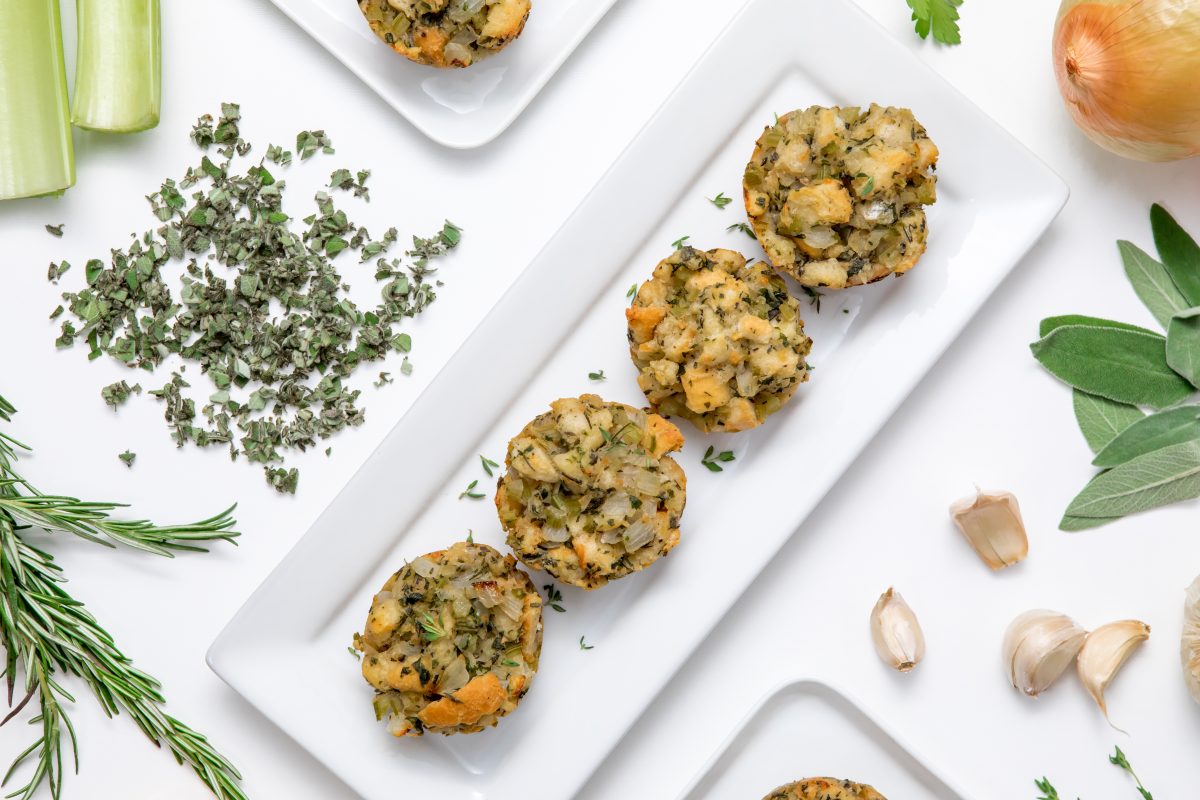