A recipe inspired by Real Food By Dad 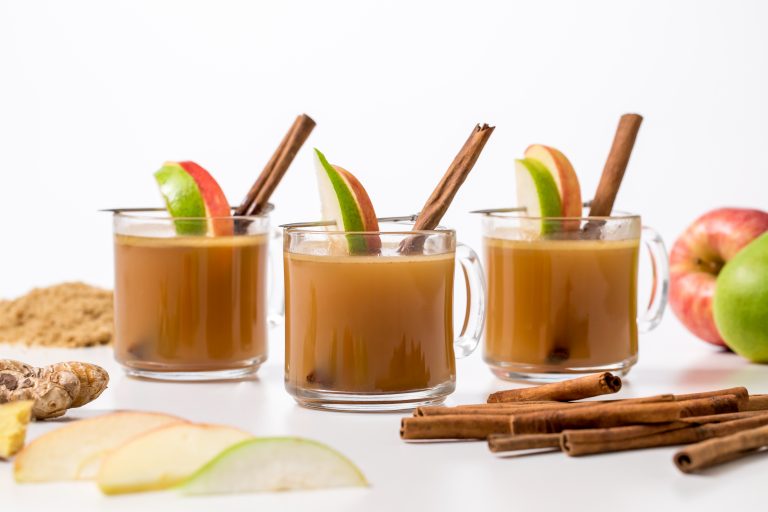 Thirsting for a holiday cocktail that is lush with your favorite fall flavors? Our hot apple cider with buttered rum, inspired by Real Food By Dad, is the drink for you! Get ready to sip on a festive autumn-inspired libation that will make you want the holiday season to last forever.

Whether you want to serve a special cocktail for your Thanksgiving guests or simply need a warm beverage at the end of a chilly day, our boozy buttered apple cider will deliciously become your go-to drink! Simmered on the stove and made with ingredients you already have on hand, you’ll be happily sipping from your steamy mug in 15 minutes or less.

Butter really does make everything better (ok, so does rum!). The classic hot buttered rum cocktail — also called a hot toddy — dates back, in America, to the colonial time as a popular quaff that warmed the bones during the frightful cold days of fall and winter. The original recipe called for hot water, a sweetener, spices, rum, and butter. Why butter? The butter bolsters this belly-filling beverage with rich flavor and a creamy texture and it gives the cocktail more sustenance than a fat-free drink can provide. When bitter weather is beating at your door, hot buttered rum is truly comfort food in a cup.

What about the apple cider? Apple cider eventually made its way into the hot buttered rum mix and became a tastier version of the original. Our lip-licking good rendition of hot buttered rum kicks up the apple flavor even more with the addition of fresh fruit. Instead of merely pouring a bottle of apple cider into the drink, our recipe calls for simmering juicy chunks of fresh apple and pear in the luscious liquid. The fruit is strained out before serving so just the festive fruit flavor is left in the drink.

A word about rum. Not all rums are created equal, which can make buying the boozy stuff a daunting affair. Let us simplify it for you by color. White (or clear) rums are the mildest, lightest, and often least expensive of the bunch. White rum is used to make mojitos and pina coladas. Gold (or pale) rum sports a medium body and a nice complexity of subtle flavors, including vanilla, coconut, almond, caramel, or even citrus depending on the barrels used for aging. Enjoy on the rocks! Dark rum, our choice for our hot apple cider with butter rum recipe, is aged longer than lighter varieties, giving it a more robust molasses-like flavor. Black rum, aged in barrels that are charred, is the darkest, richest tasting, heaviest of the rums. If you love the bold flavor of rums, a darker rum will be your best choice. 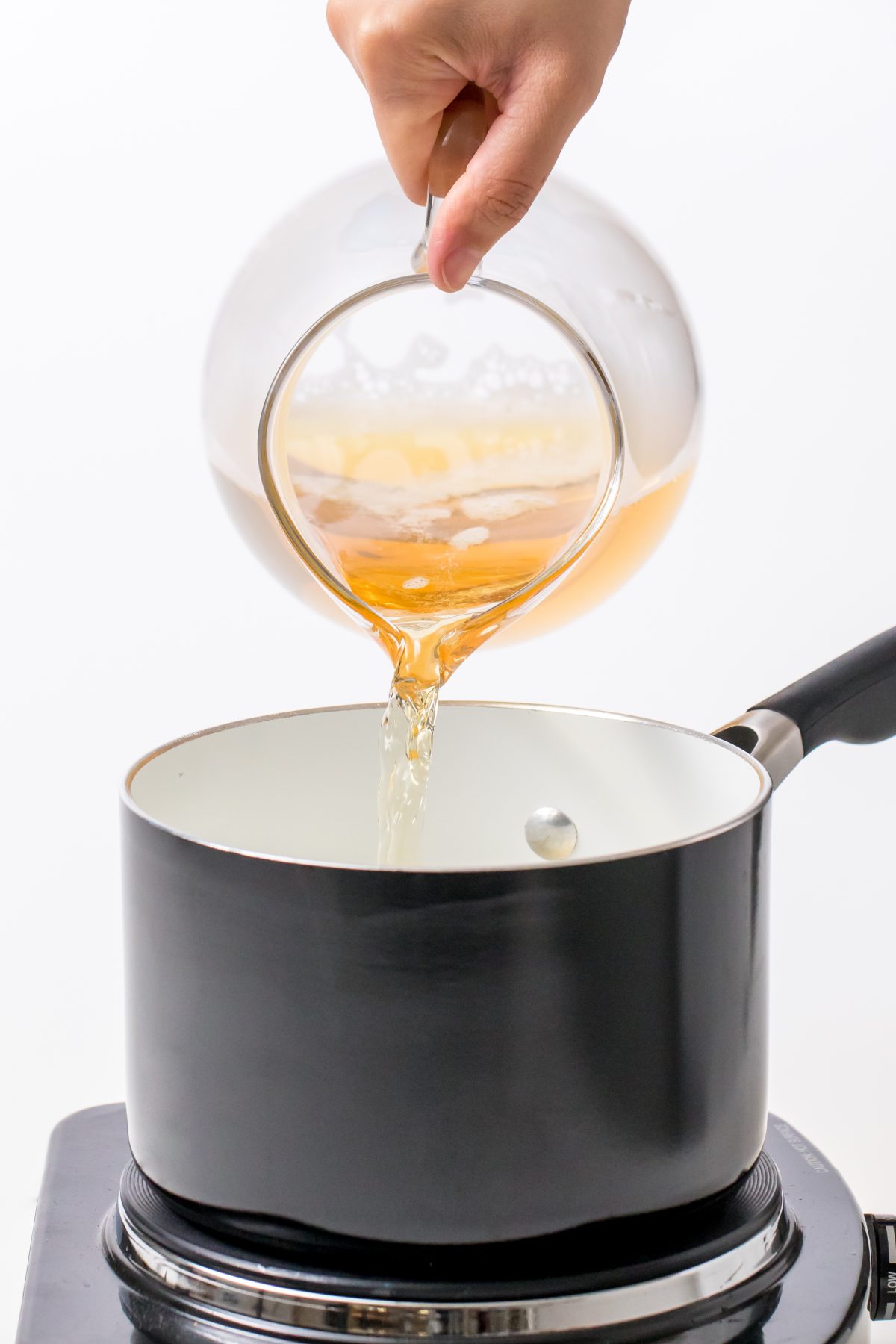 Reduce the heat and simmer the cider mixture for 10 minutes, whisking occasionally. Remove the saucepan from the heat and whisk in the rum until well-blended. 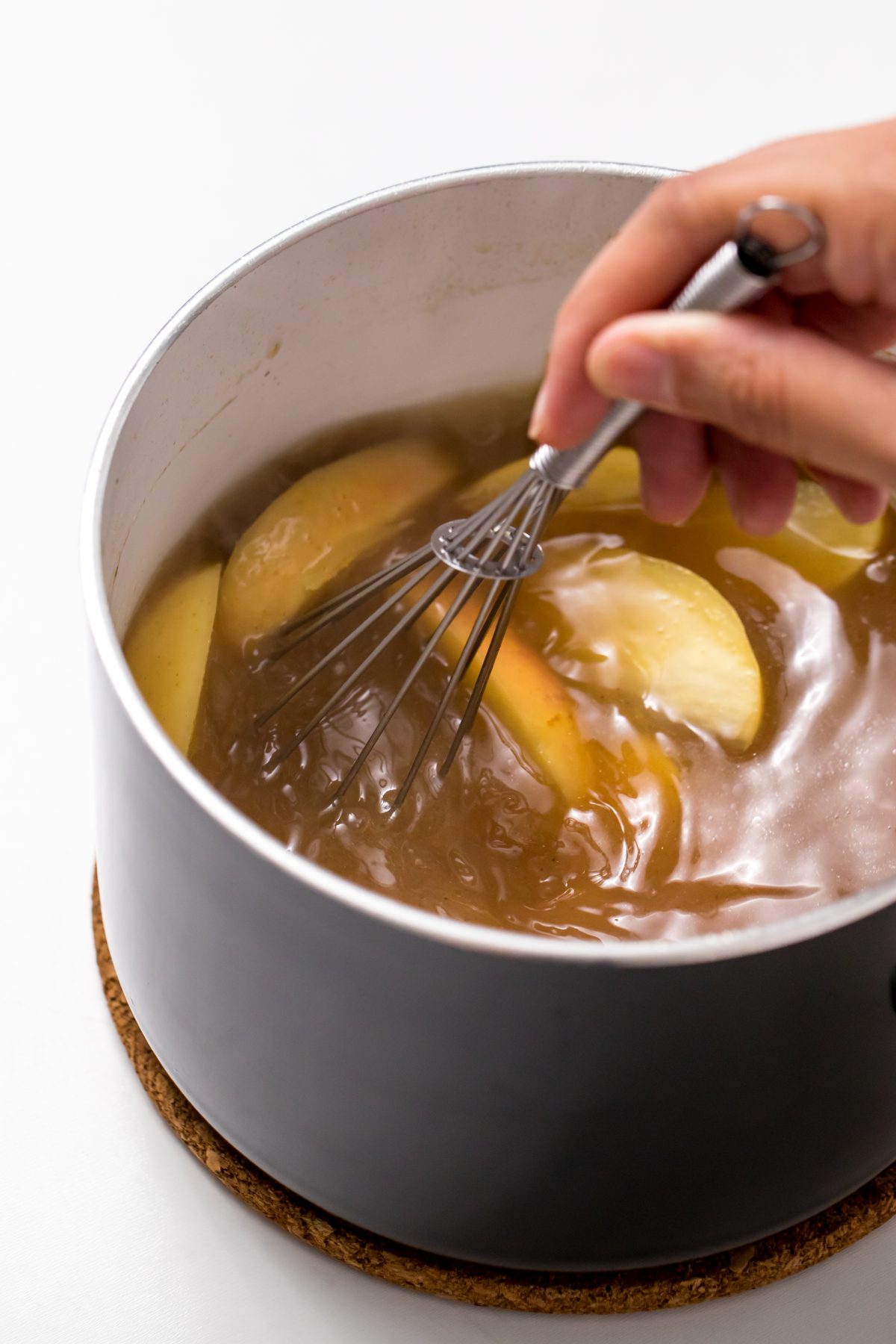 Strain the cider mixture and discard the solid fruit and spices. 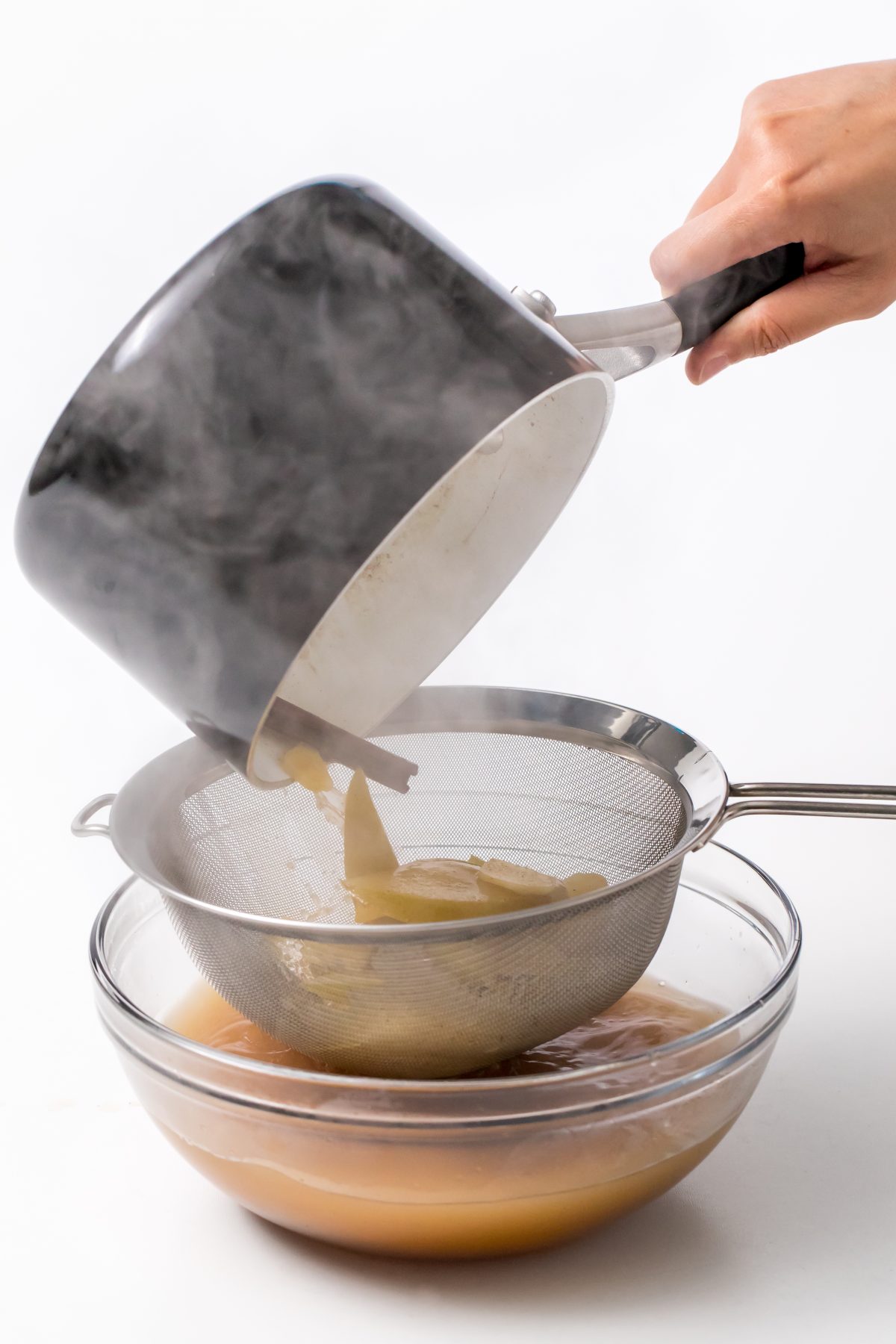 Pour into mugs and garnish 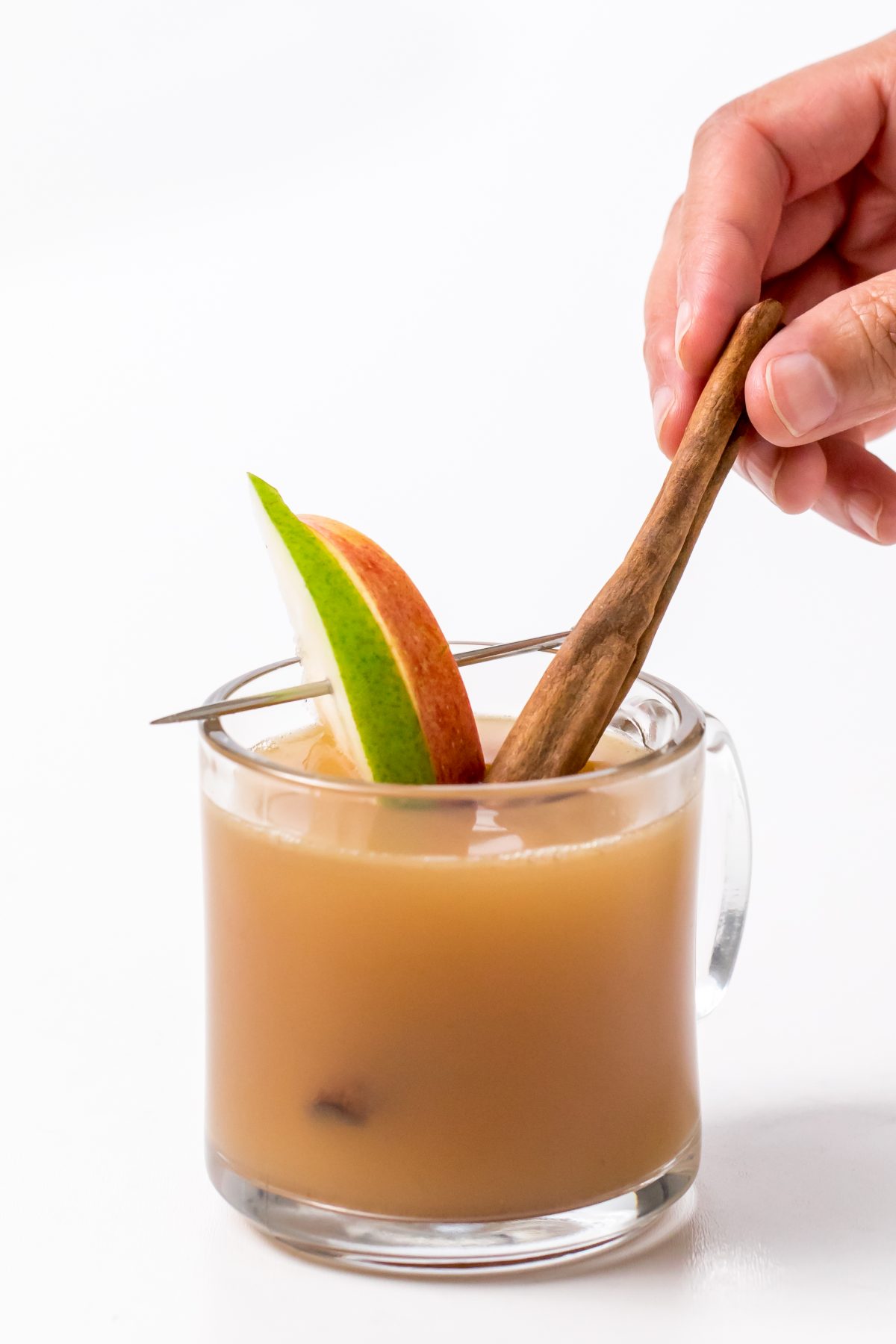 This festive cocktail was made for the holidays! 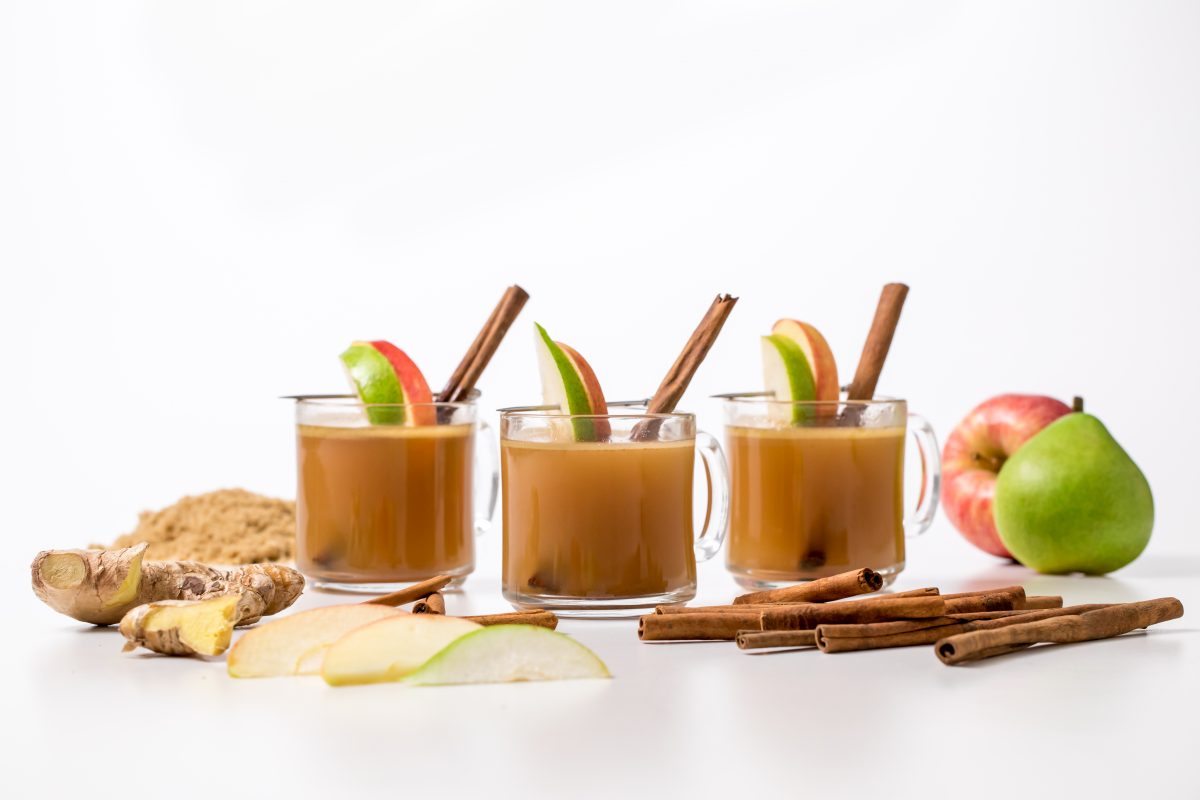 Perfect by the fire on a chilly day 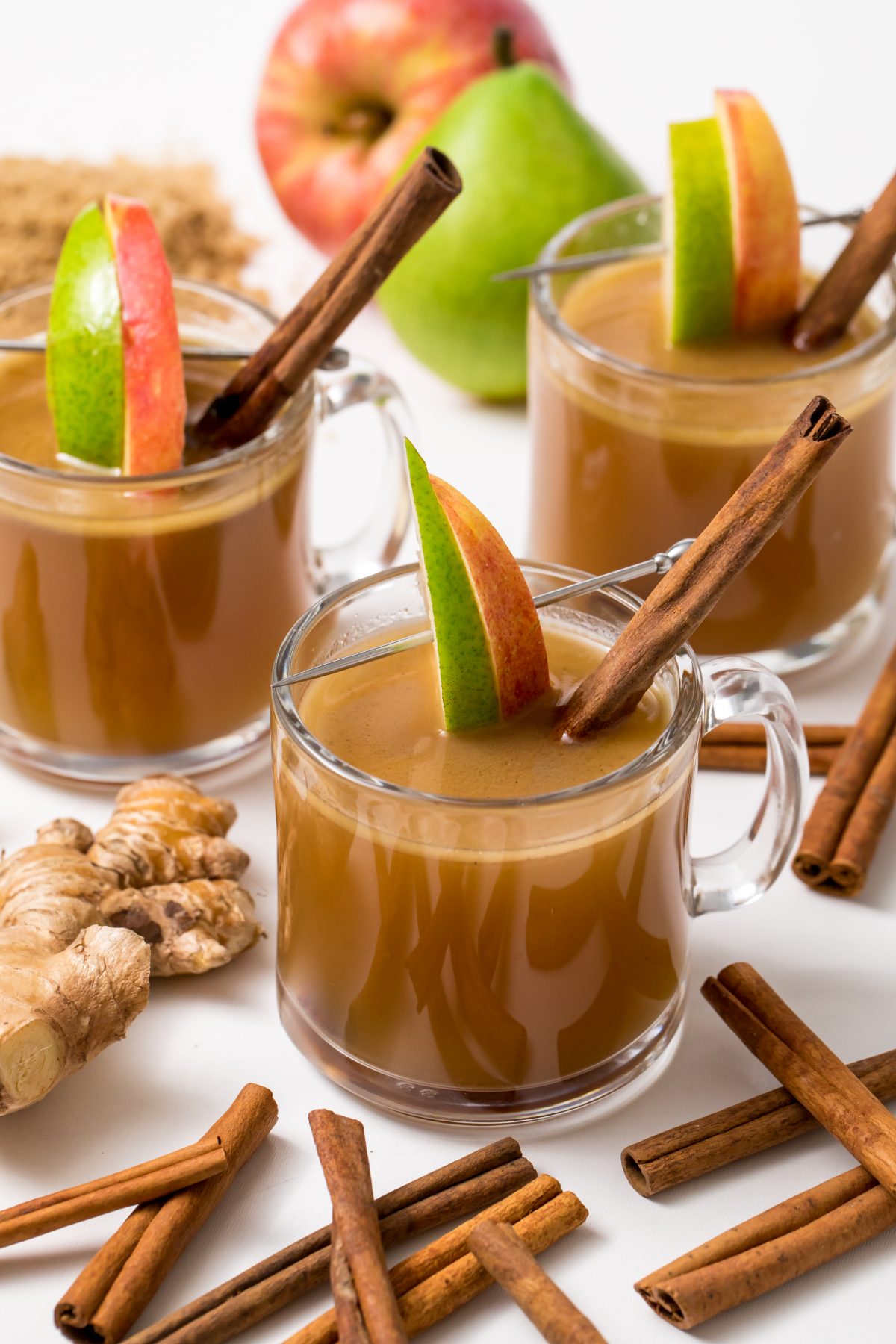 Even the garnish is fun and festive 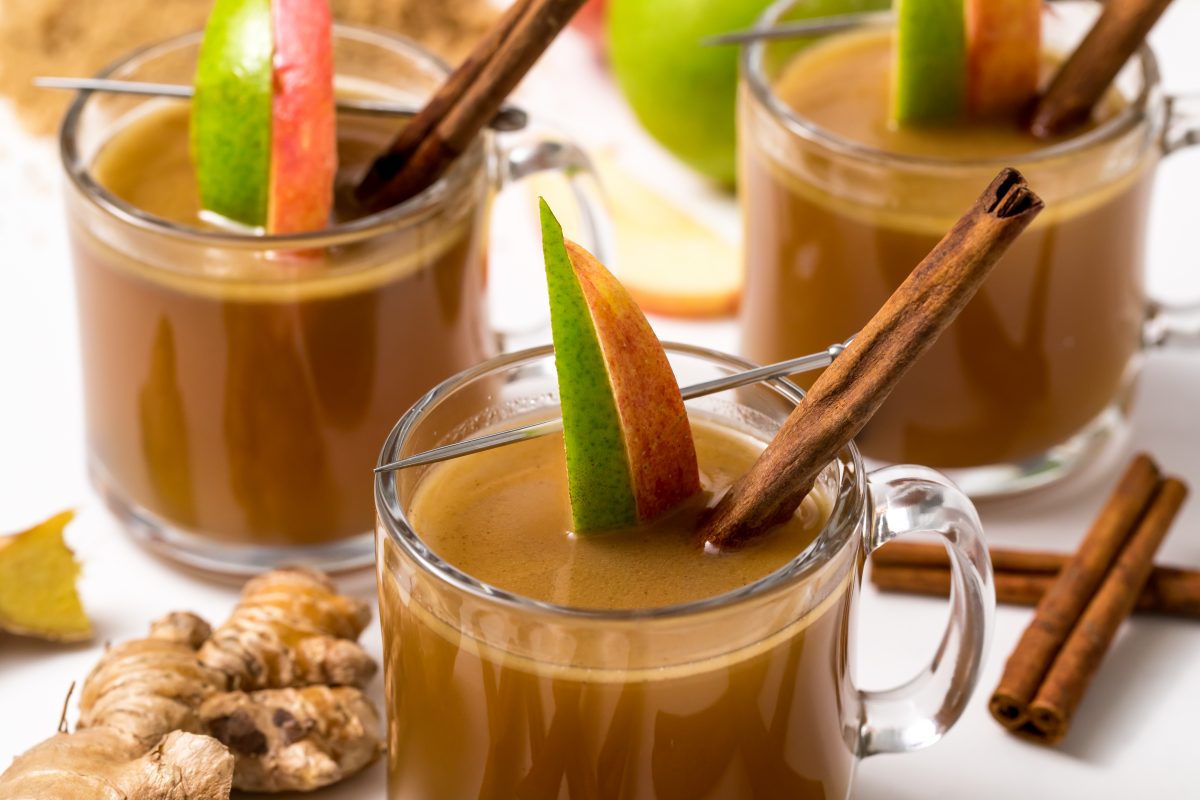 Cozy up with this delicious mug for the holidays 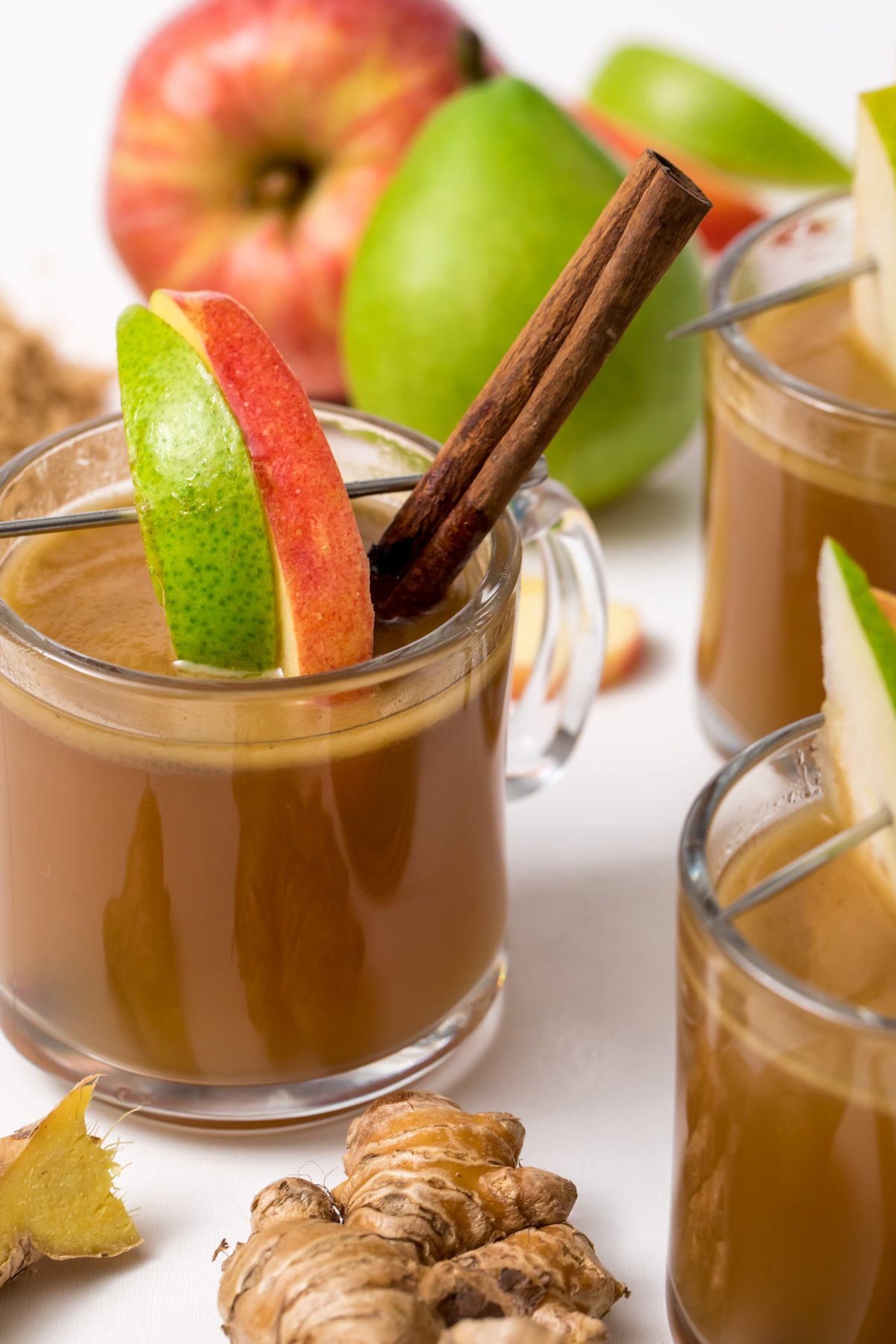 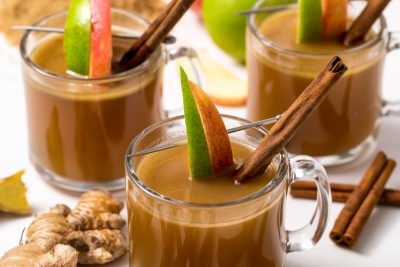 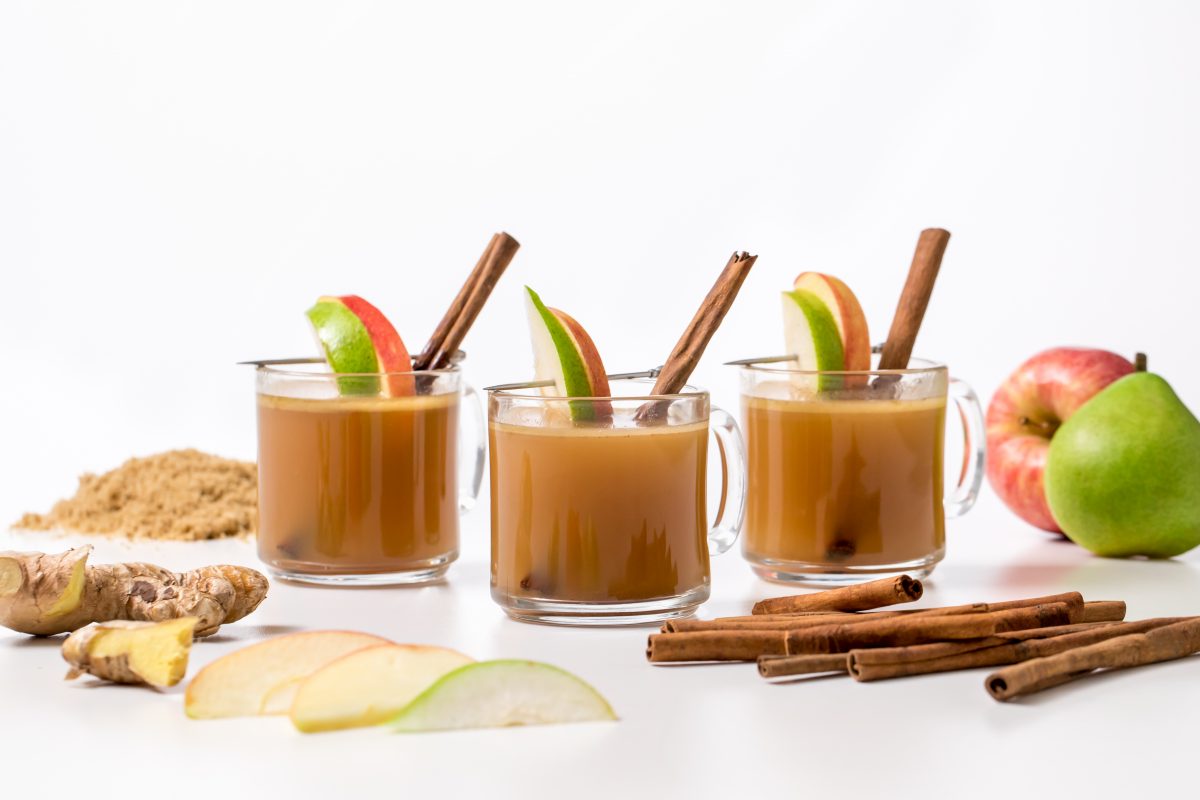