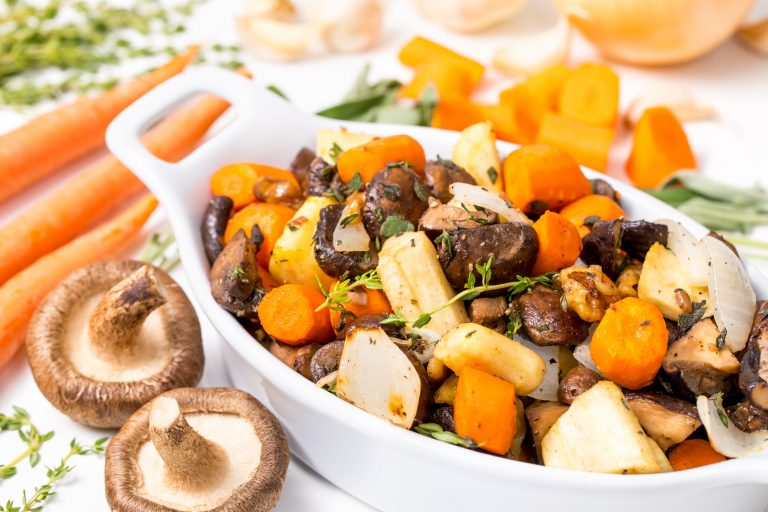 Craving a hearty Thanksgiving stuffing that isn’t loaded with carbs or unnecessary calories? Instead of serving the usual bread-based dish, sink your fork into our grain-free stuffing, inspired by Detoxinista, made with big, tender chunks of root vegetables, earthy mushrooms, toasted walnuts and fresh herbs.

If you’re unfamiliar with this oft-overlooked root vegetable, you’re going to kick yourself for not getting to know it sooner. Parsnips look like a large, ivory version of carrots but they have a nuttier flavor and a mild sweetness that makes them near-addictive after roasting. Unlike carrots, which can be eaten raw, parsnips have a naturally woodier texture and are at their delicious best when cooked. Be sure to choose the freshest, brightest, firmest parsnips in the bunch — and not too large, either. Older, larger parsnips need to be peeled before cooking.

Tip: Roasting brings forth irresistible sweetness. Roasting vegetables doesn’t just make them tender, it coaxes out their natural sugars that caramelize the exterior of the vegetables and sweetly tantalize the tongue when eaten.

Roasting brings out the natural sweetness of the vegetables. Line two baking sheets with parchment paper. Arrange the chopped parsnips and carrots in a single layer on one baking sheet. Arrange the chopped onion in a single layer on the second baking sheet. Roast both pans of vegetables at 400F for 30 minutes, stirring the vegetables with a spatula half-way through the cooking time. Check the onions during the last 15 minutes of cooking and remove them from the oven early if they begin to overcook. 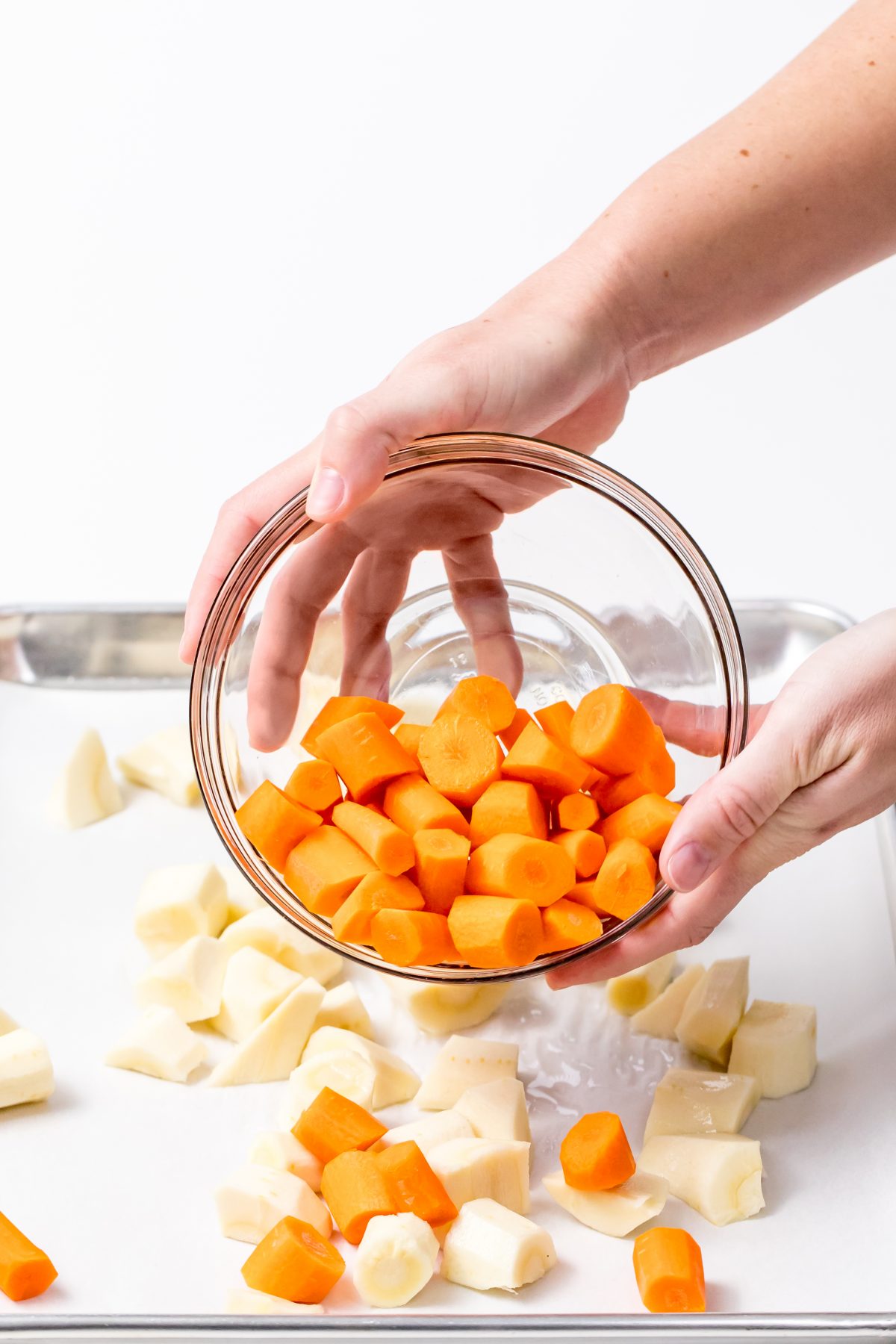 Cook the garlic and mushrooms 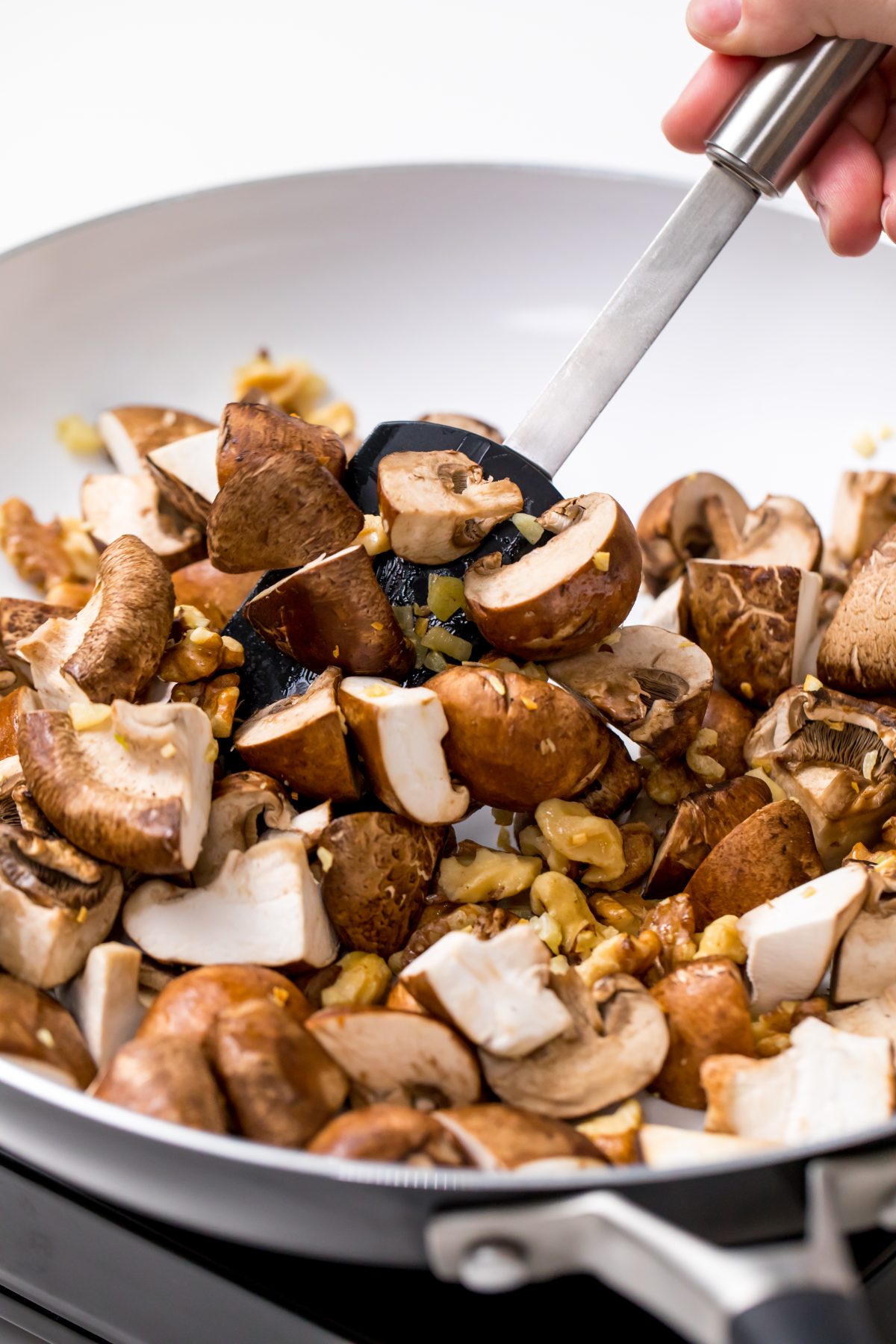 In a large bowl, combine the roasted parsnips, carrots, and onions with the garlicky mushroom-walnut mixture. Stir in the fresh thyme and sage then season with salt and pepper. Drizzle the grain-free stuffing with olive oil and serve hot. 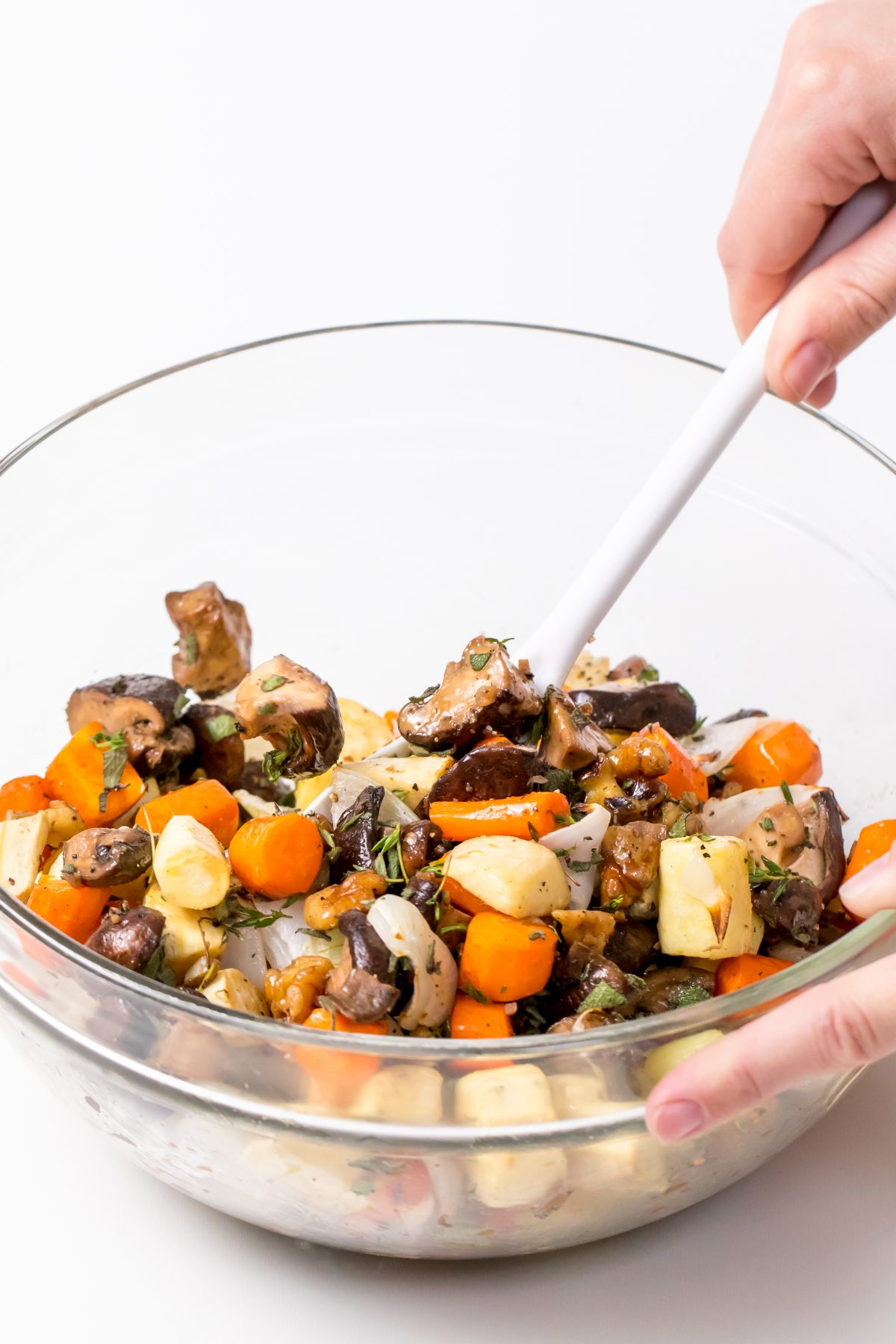 Makes a beautiful side dish on your holiday table 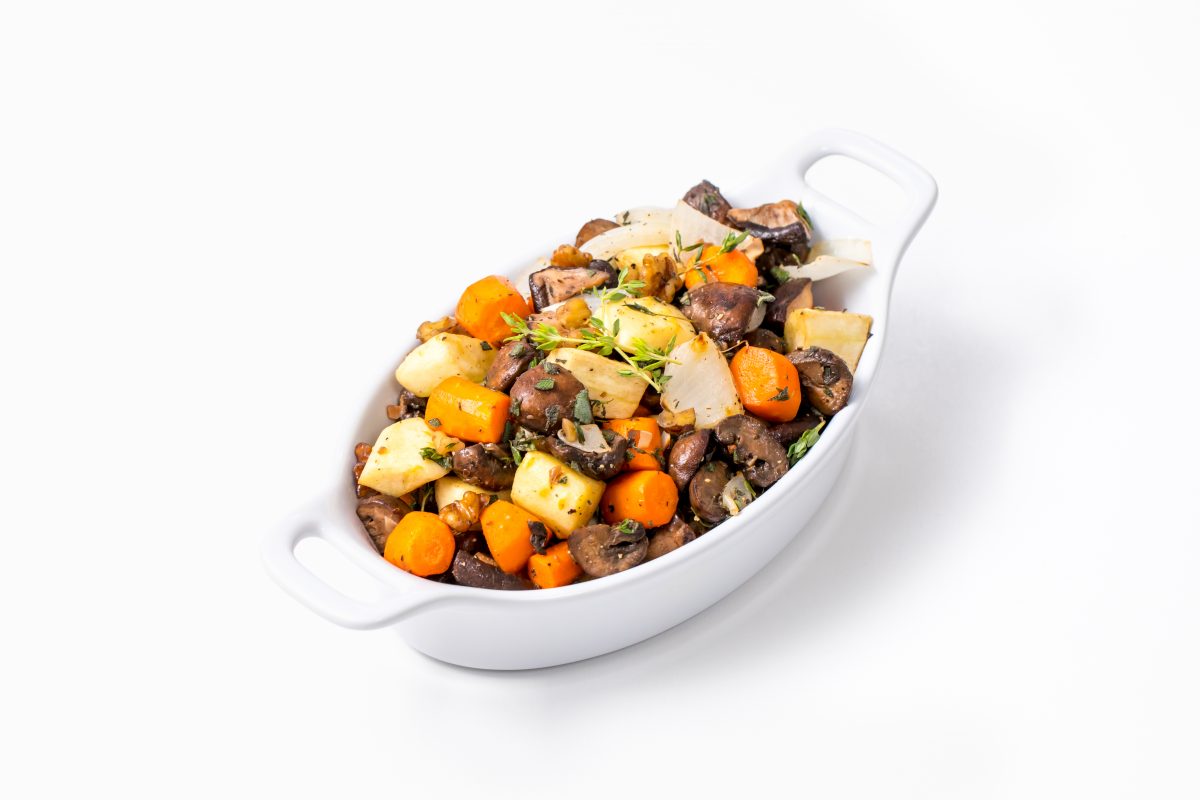 Have a bite today! 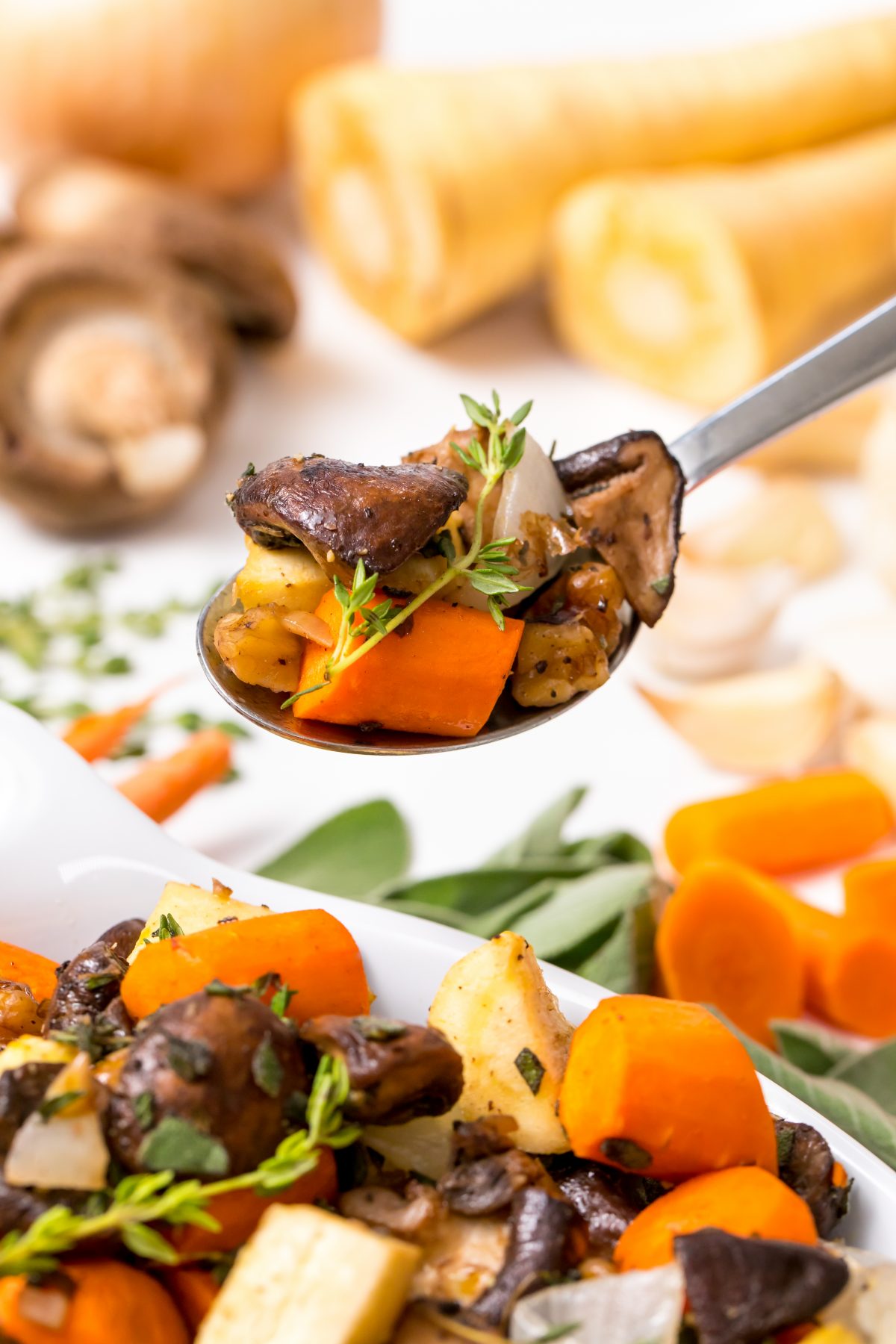 Look at all that great flavor! 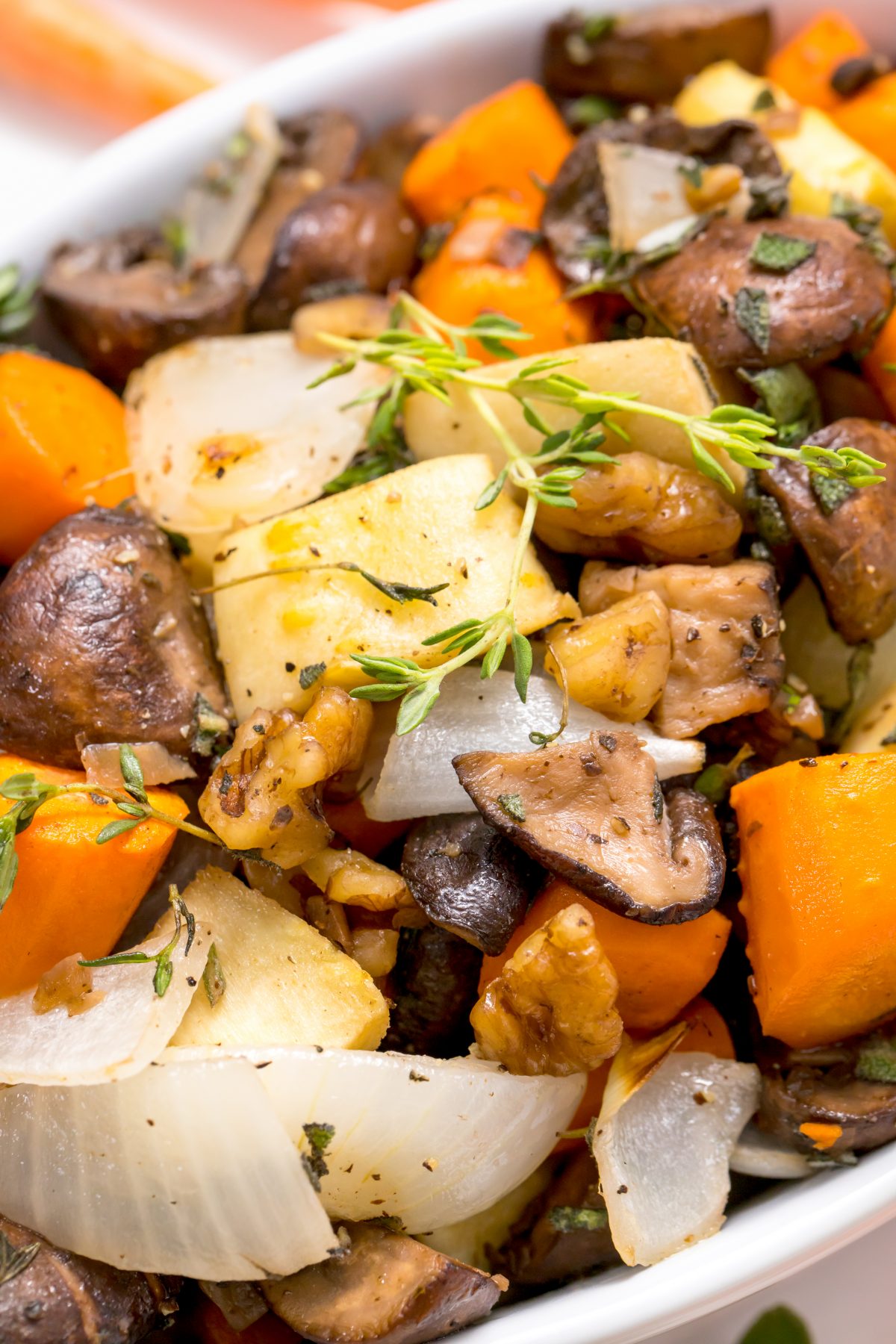 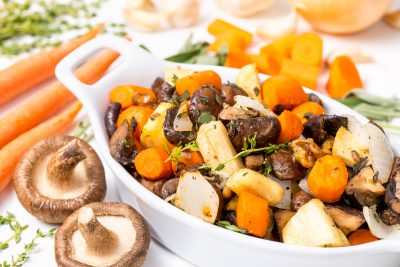 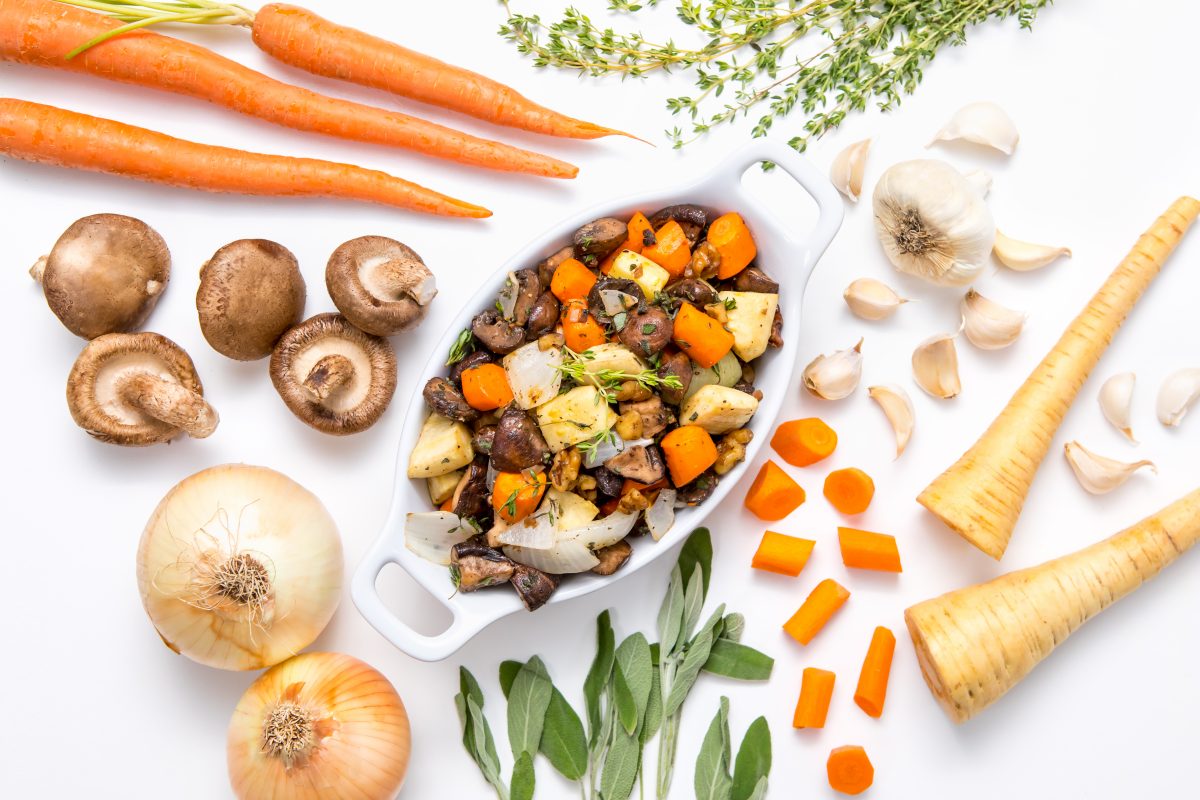