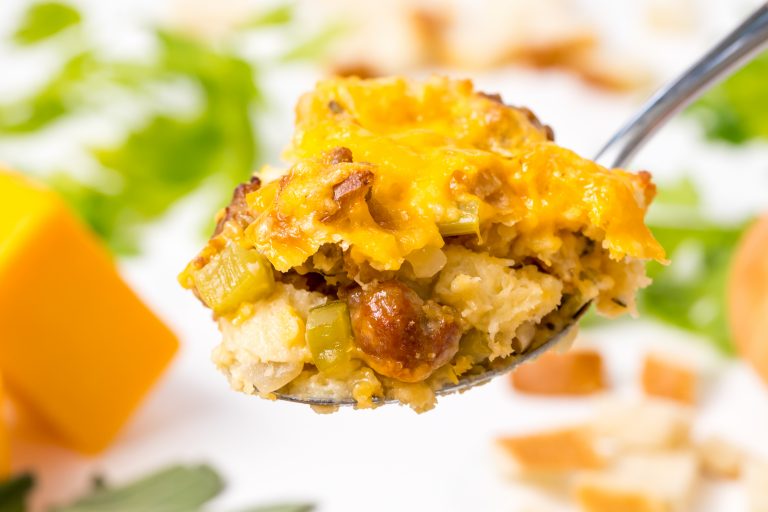 We all know that stuffing is a must-eat on Thanksgiving but the usual broth-moistened stuffings that are bound with a couple of eggs can fall flat. Been there, done that. Your family and friends are craving something more. How about a rich-in-the-mouth side-dish abounding with cheese? Our cheesy sausage and sage stuffing boasts bites and bites of sourdough bread and sweet Italian sausage with gloriously gooey melted aged cheddar, all nobly held together with half-and-half and eggs. A dry Riesling white wine is yet another knee-weakening flavor component in this sumptuous Thanksgiving dish.

Sourdough is heavenly. Though many Thanksgiving stuffings feature cornbread or white bread, sourdough delivers its distinct fermented flavor to this holiday side-dish to sublimely complement the sausage, cheddar and wine.

Make sure the sourdough bread you use has been left out overnight to dry. Dry, oven-toasted or stale bread will hold its shape when tossed into a stuffing and it will better absorb moisture and flavor from other stuffing ingredients. While you are at it, splash in a good Riesling. Why wine? If you’ve ever nibbled cheese while sipping a glass of wine, you’ll understand the palate rousing nuances wine can add to this cheesy sausage stuffing.

Sweet Italian sausage adds a lovely sweet and savory flavor to this hearty stuffing. Heat olive oil in a large skillet over medium-high heat. Add the sausage and cook, stirring often, using a wooden spoon to break it into pieces. Cook until the sausage is browned and cooked through. Transfer the sausage to a large bowl. 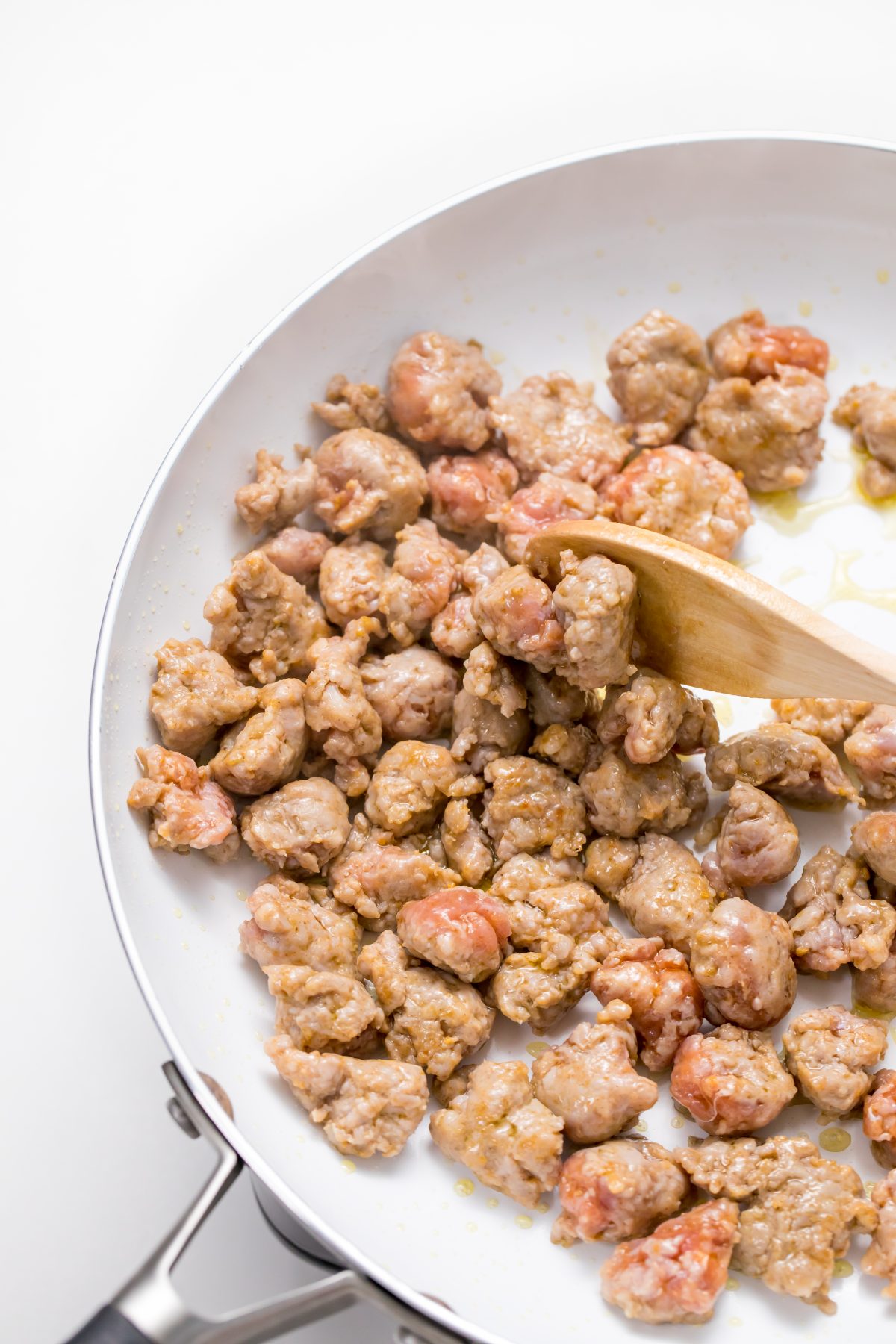 Cook the onions and celery in butter 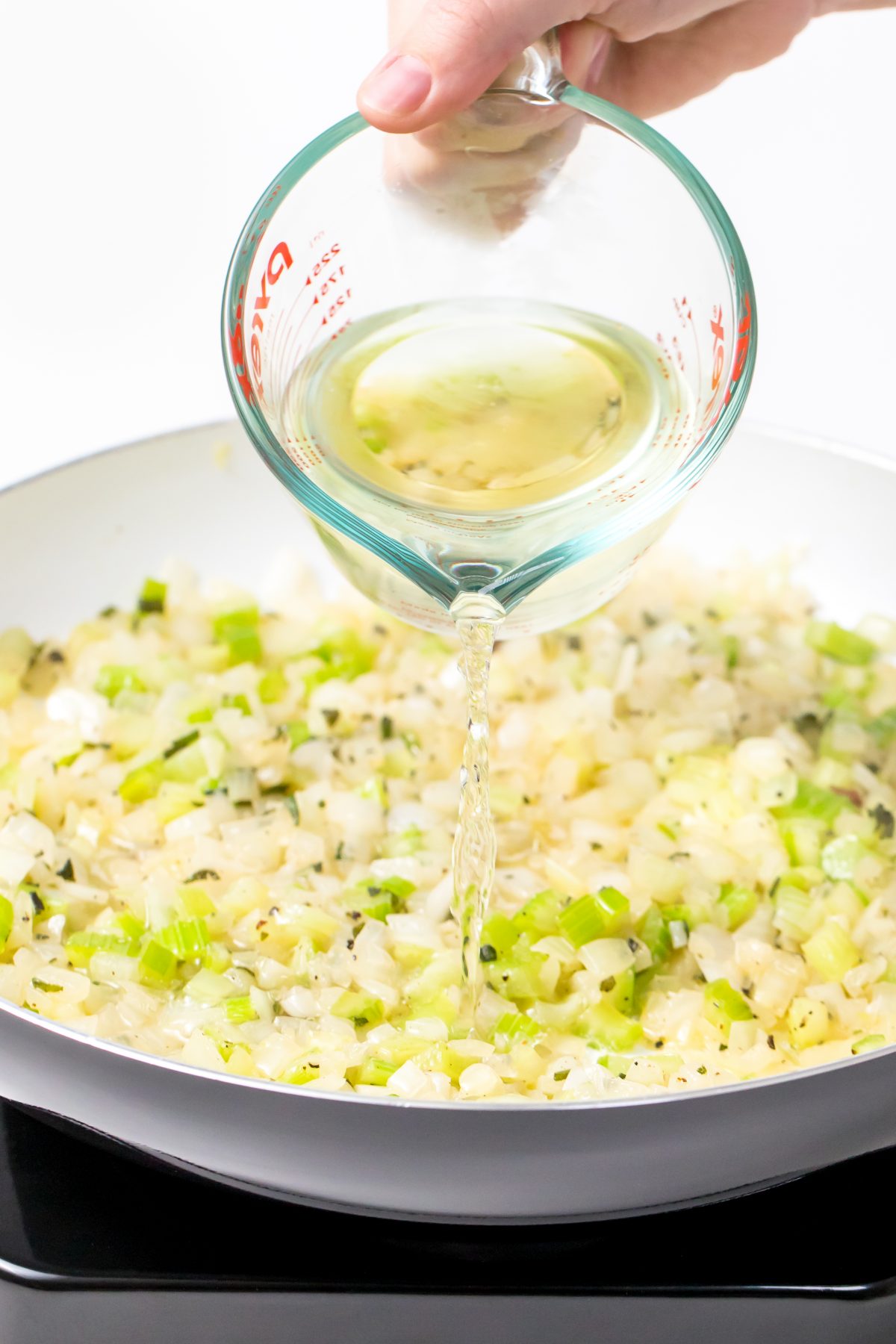 Pour the onion mixture into the large bowl with the sausage. Add the sourdough bread cubes and toss to combine. 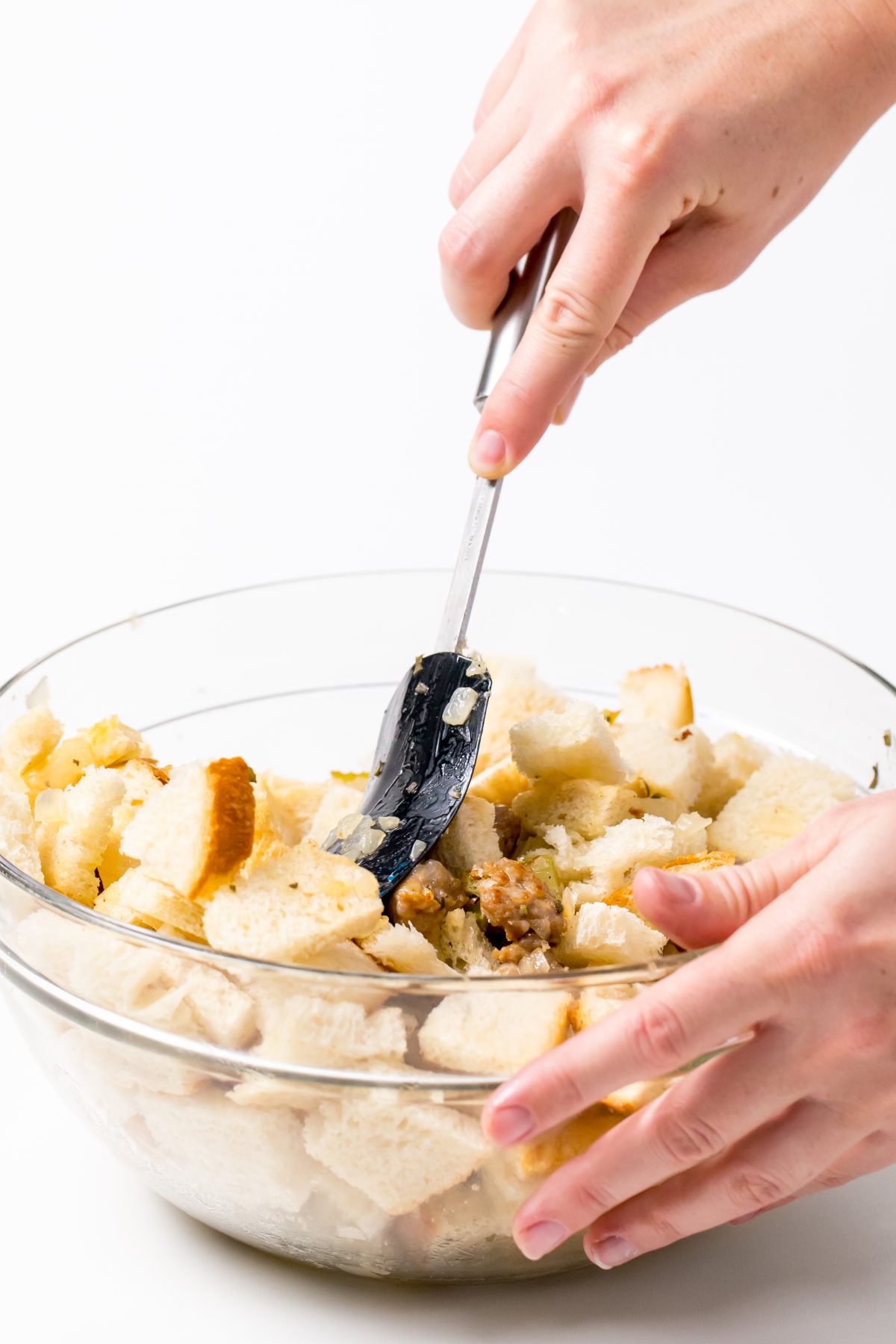 Whisk eggs and broth together

In a medium-sized bowl, whisk eggs and broth together. The egg mixture will help bind the stuffing as its baking. The broth adds a tasty poultry flavor. 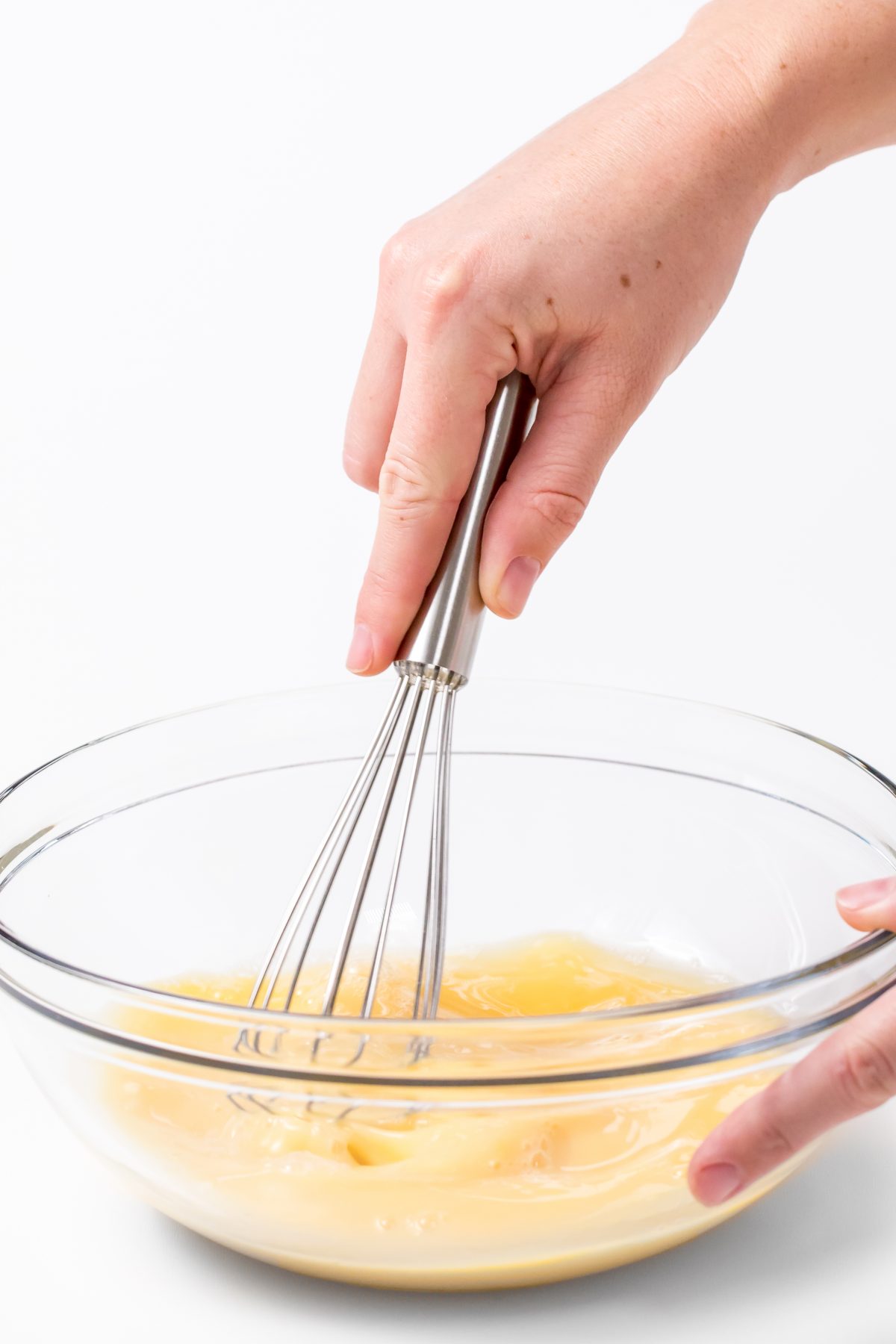 Pour the egg mixture over the bread mixture and toss to coat. Add the half and half and three cups of the shredded cheese. Gently toss to combine the stuffing ingredients. 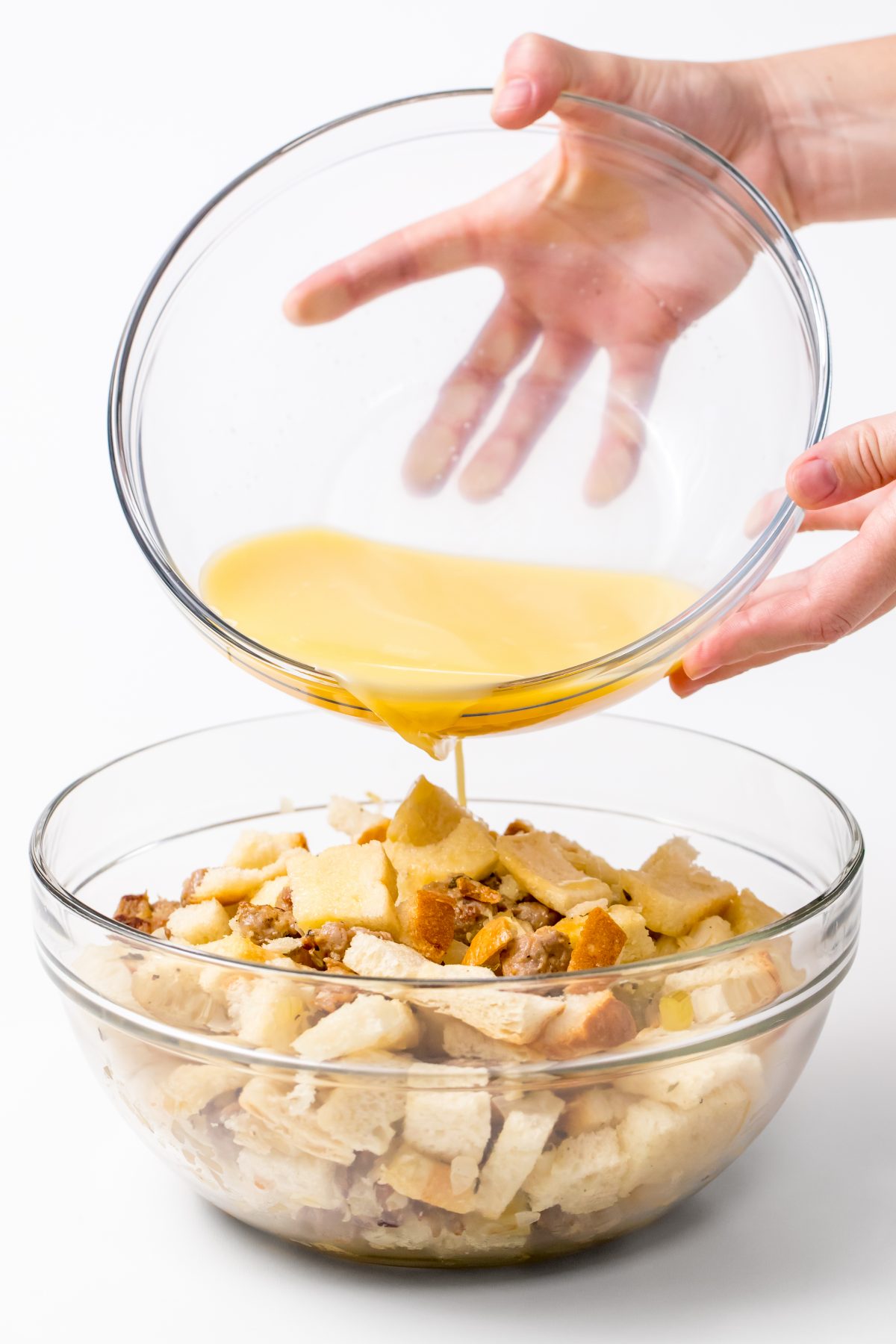 Prepare a 9×13-inch baking dish by rubbing butter all over the inside of the dish and on one side of a large piece of foil. Transfer the stuffing to the baking dish and tightly cover with the foil, buttered-side down. Bake at 300F for 40 to 50 minutes. Remove the foil and scatter the remaining two cups of shredded cheese over the stuffing. Turn the oven to broil. Broil the stuffing for four minutes or until the cheese is golden and bubbling. Allow the stuffing to rest for ten minutes, garnish with parsley then serve hot. 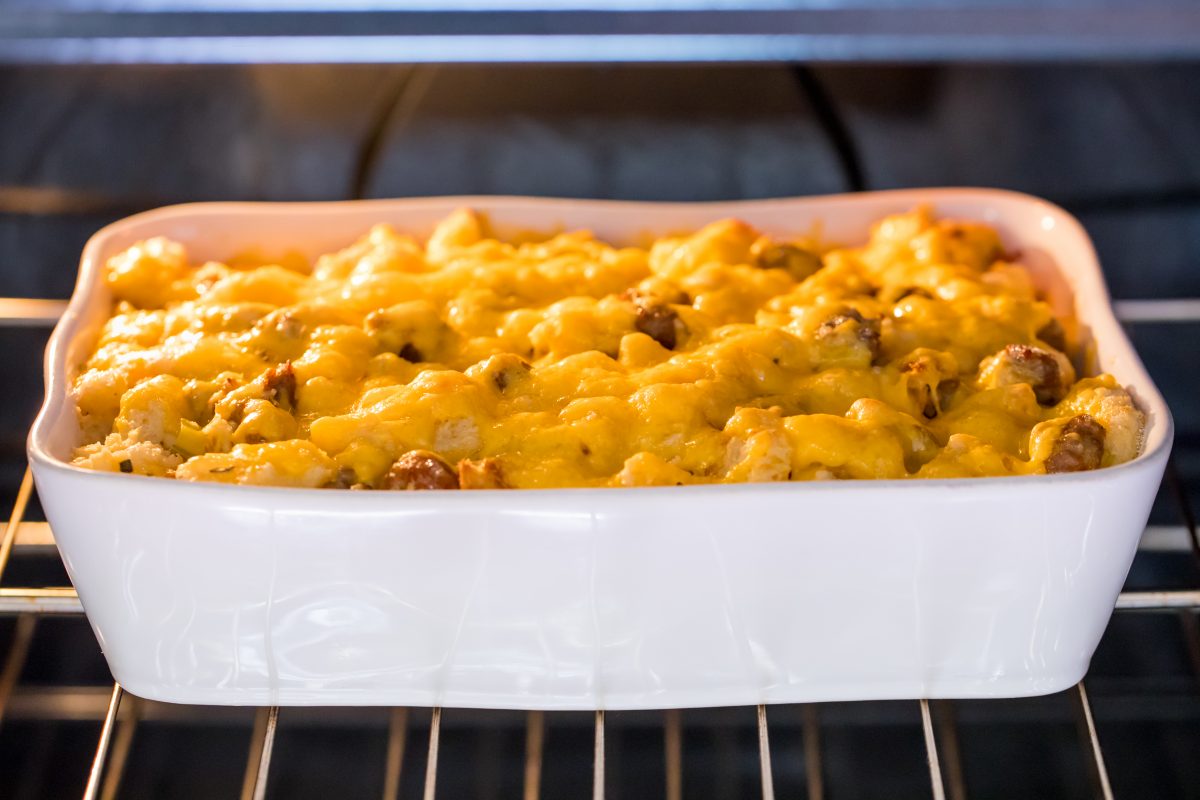 Look at all of that cheesy savory goodness 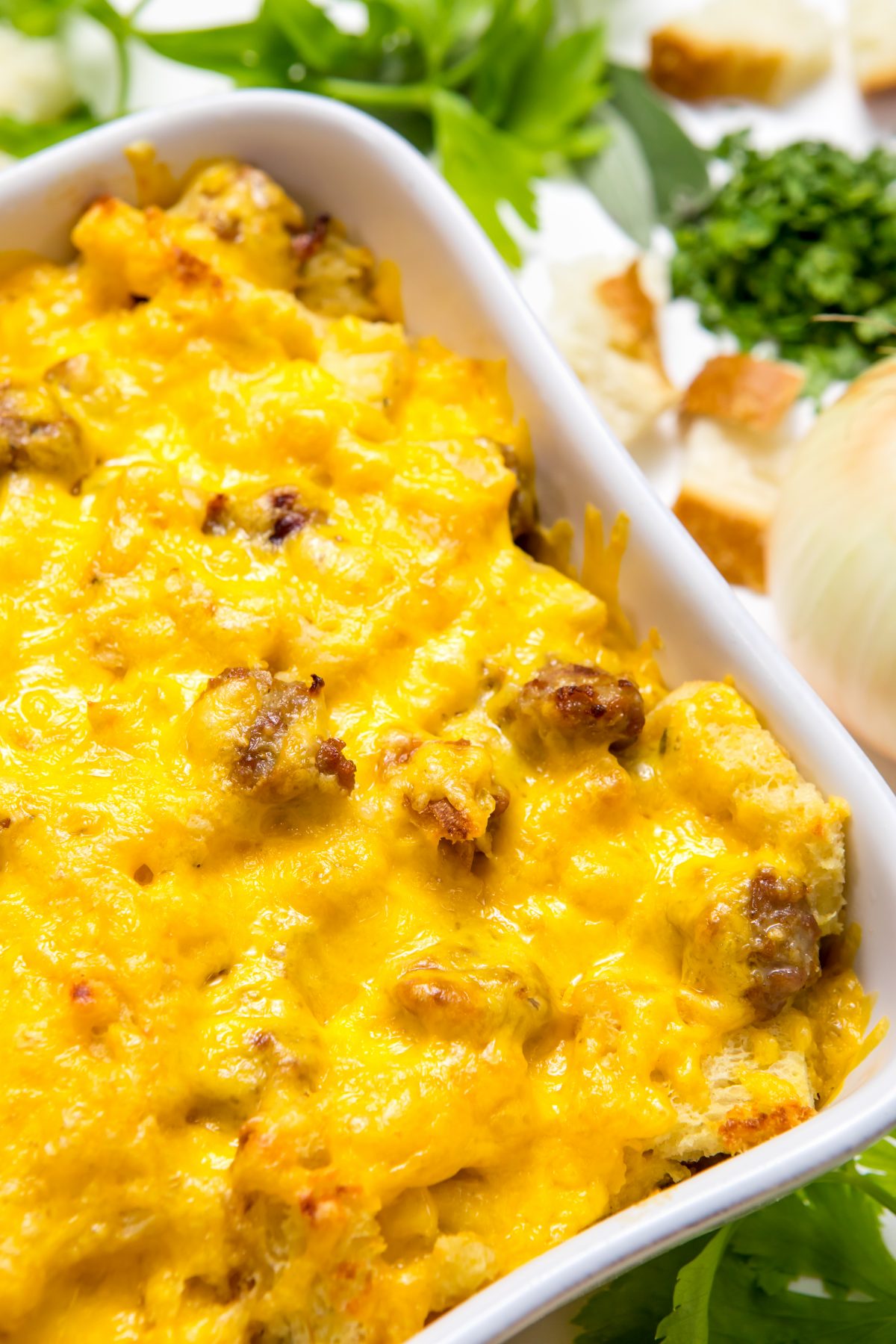 A unique and delicious side dish for your next holiday meal! 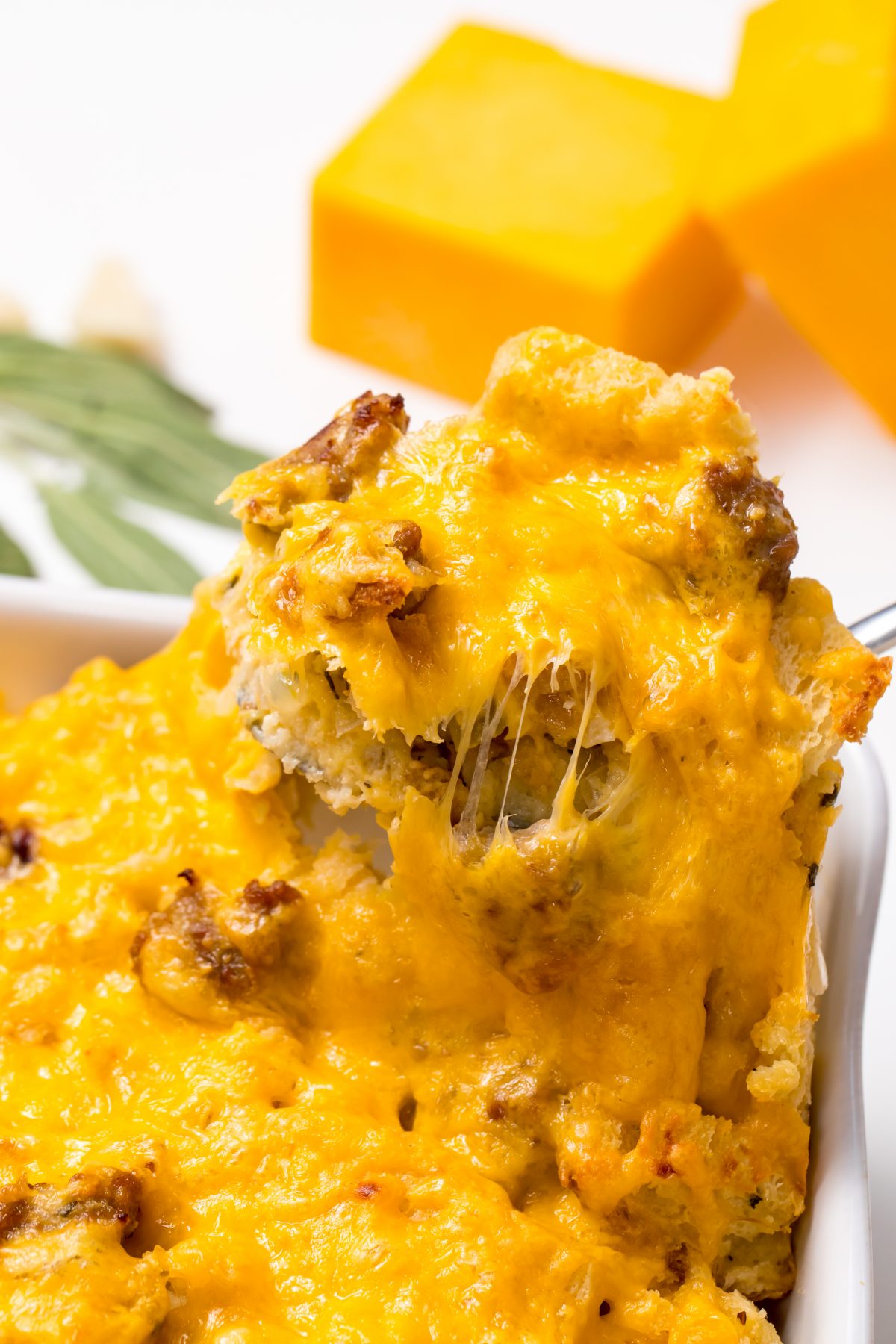 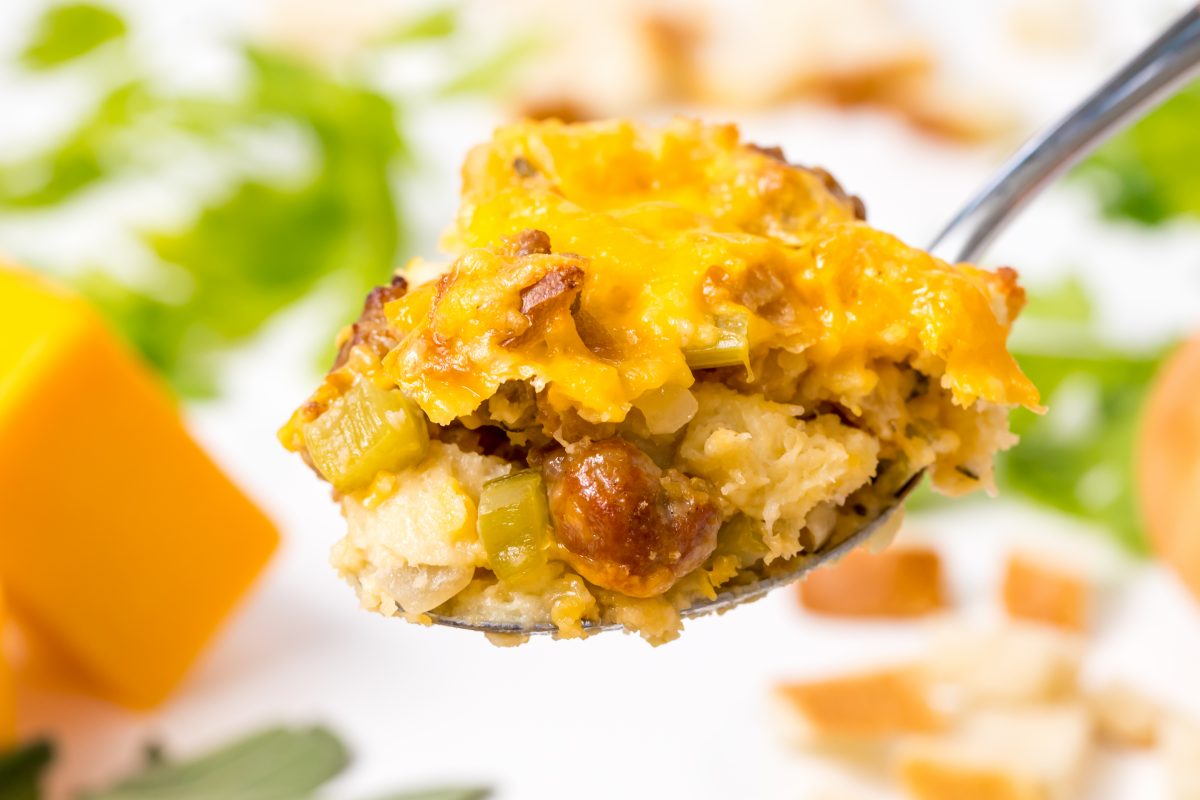 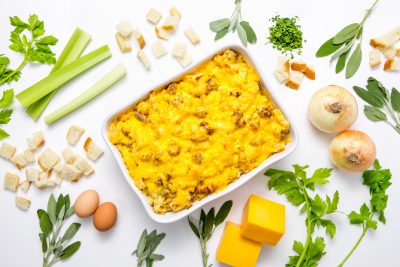 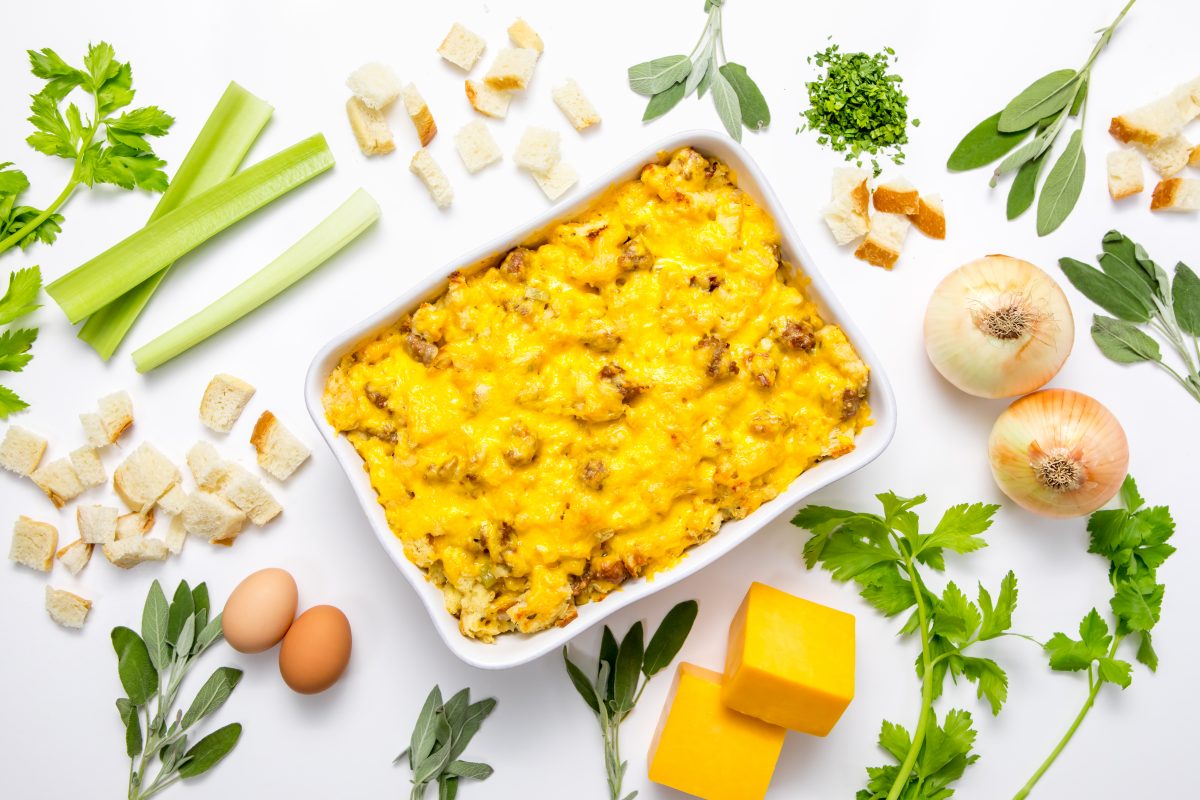