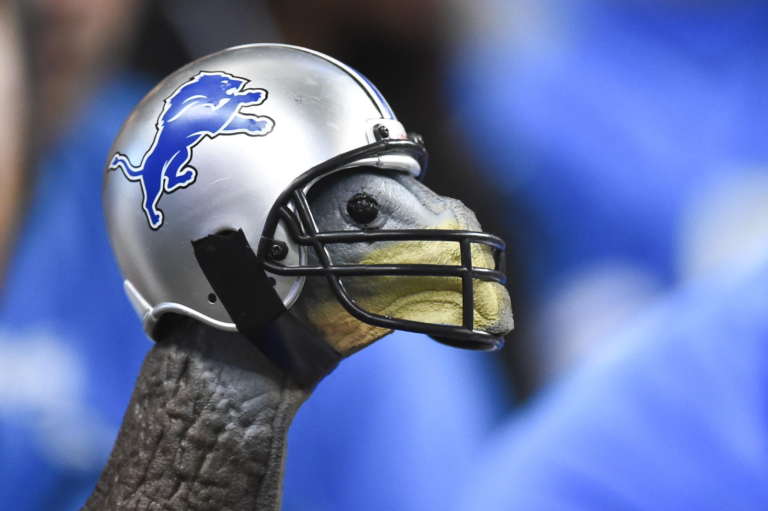 Whoever said man can’t live on football alone must have been nuts. Because nobody says that. We’ve been doing it for decades.

Especially on this holiest of football holidays, save, of course, Super Sunday. We reconnect with loved ones, start the day with hot toddies and the “early game,” while Grandma rolls out assorted plates of charcuterie.

Relatives you haven’t seen since the year prior bond over quarterback ratings, playoff predictions and next year’s draft picks. Drew Brees and the Saints are marching on to the playoffs. Yes, but how are they going to pass on Philly’s defense once they get there? Impossible.

Grandpa wells up recalling Aretha Franklin’s epic rendition of the National Anthem from last year before the Detroit Lions game. “Now that’s a singer!” he belts out, possibly already tipsy from the Irish Coffee or ready for a nap. No one can ever be sure.

One thing is certain on Thanksgiving: Everyone receives a healthy dose of the National Football League. The Detroit Lions and Dallas Cowboys host games every fourth Thursday of November.

And this year promises even bigger hits than — boom! — Madden17, including two divisional match ups with early playoff implications. Division rivals in the old “Black and Blue” NFC North Minnesota Vikings (8-2) visit Detroit (6-4) in the morning match up. Both teams are good this year and the winner will be in the driver seat to win the division.

After running back Dalvin Cook went down injured for Minnesota a couple weeks ago, and replacement Latavius Murray showing serious promise, the Vikings haven’t skipped a beat. They thrashed the Rams last week, and many think they’ll run over the Lions as well.

Just as the turkey makes its way from the oven to the carving board, the hit-and-miss Los Angeles Chargers (4-6) likely await a beat-down in Dallas (5-5).

Cowboys owner Jerry Jones cannot be satisfied with drubbing the team took last week at the hands of the Eagles and has no doubt lit a fire under the seat of head coach Jason Garrett. Garrett needs to whip the O-line into shape if we should expect anything from quarterback Dak Prescott, who came off his worst game as a pro.

But then again, the Cowboys lost to the Eagles, which clearly is the best team in football right now. Sorry, Tom Brady and the Patriots.

If the L-Tryptophan turkey overload hasn’t knocked you out, the nightcap will. The Washington Redskins (4-6) host the lowly New York Giants (2-8) in an NFC East duel that promises fireworks despite both teams’ losing records. Washington running back Samaje Perine is the difference in this one. He may be small in stature, but this dude is a beast. He reminds us a bit of Arizona’s now-injured David Johnson, who can make moves in space, catch the ball as well as run, and deliver punishing blows at the point of contact.

The Redskins also have a bad taste in their mouths after losing a close one last week in overtime and will look to right the ship.

But alas, if you (gasp!) don’t follow football, and would rather live in North Korea or somewhere other than the U.S.A., there are other good sports-viewing options available this Thursday. Former world No. 1 women’s double tennis star Sara Errani of Italy headlines an American-heavy field of the Hawaii Open on the Tennis Channel. Coverage throughout the day. The International Basketball Federation (FIBA) World Cup Americas Qualifier also kicks off on Thanksgiving in Orlando with Team USA taking on Puerto Rico at 4:30 p.m. MST on ESPN.

Pops, grab us a couple more beers. The game is about to start.