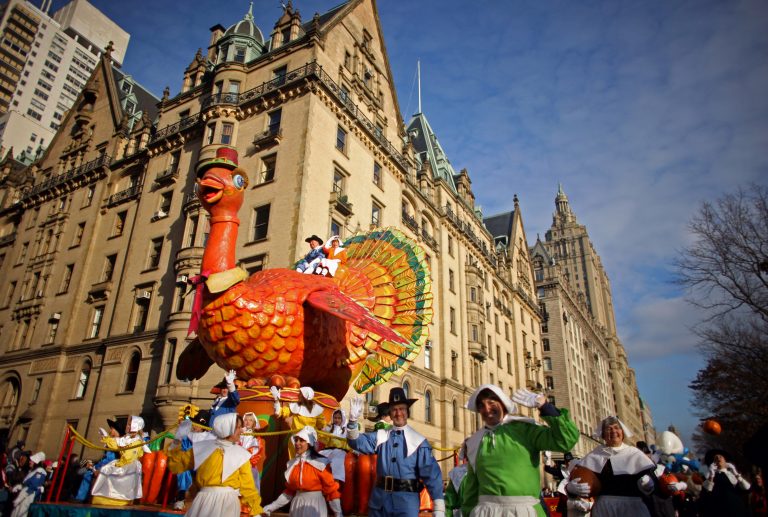 It’s rare that a turkey gets his day in the spotlight. They are the birds we rarely think about unless the holidays are rolling around and we spend our days sifting through Thanksgiving recipes or picking out our stretchy pants. However, there are five famous turkeys who beat the odds, and will forever remain in our minds as some of the most recognizable turkeys of all time!

Reggie and Jake from Free Birds

In the 2013 3D computer-animated buddy comedy film, Reggie and Jake, played by Owen Wilson and Woody Harrelson, try to change the course of history through the Turkey Freedom Front with the sole mission of getting turkeys off the annual Thanksgiving menu for good.

Turkey on Monica’s Head on Friends

What’s it take to cheer a guy up? In Chandler’s case, it was just a simple gesture from Monica as she shoved a turkey on her head, dressed it up with a hat and sunglasses, and danced a little jig. It even got him to say the “L” word!

Since 1924, the Macy’s Thanksgiving Day Parade, featuring this iconic turkey balloon, is a traditional in households nationwide, taking place in New York City at 9 a.m. and televised on NBC since 1952.

In the 1945 animated theatrical short by MGM, Jerky Turkey, a Pilgrim sets out to hunt a turkey for Thanksgiving dinner, only to be outsmarted time and time again by the “jerky turkey.”