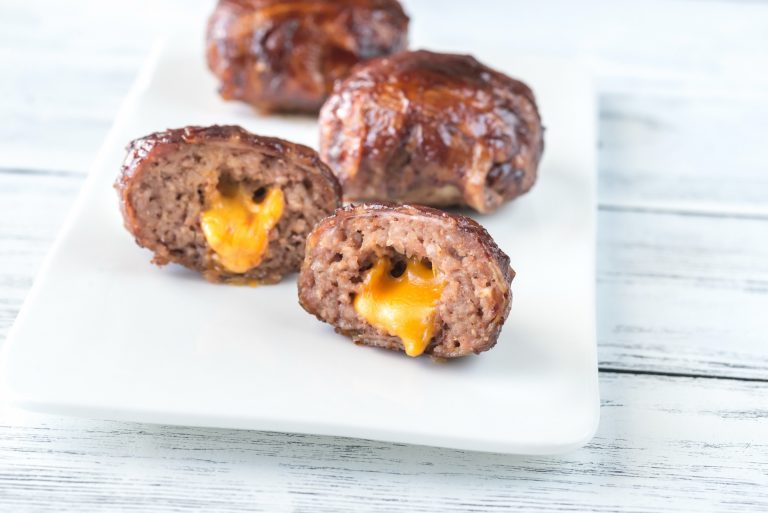 Mexico, known for its sandy beaches, ancient cities and close-knit communities, also serves up one of the best-loved cuisines in the world. The first Thanksgiving celebrated the kinship between two cultures, so adding some of these 16 Mexican dinner menu ideas to your holiday table is only natural. It’s a delicious way to spice up the usual turkey-and-stuffing Thanksgiving fare. Here’s a menu to get you started.

Cheesy Mexican meatballs from Weary Chef have a touch of spice and a lot of cheese. What could be better? You can make it ahead — that’s what.

Sure, you could go with basic enchiladas. There’s something so addicting about corn tortillas stuffed with beef and cheese, and smothered in enchilada sauce. Making enough for a crowd takes too long, however, especially when time’s at a premium. These cheesy Mexican meatballs give you all the taste with very little of the work.

You can make these in advance of your feast in a few different ways:

As a Thanksgiving appetizer, serve these tasty Mexican meatballs alongside some guacamole — or corn tortillas for a quick meatball taco.

Imagine a roast turkey recipe that needs only about 30 minutes of roasting time. ¿Imposible? Nope! This Mexican lime poached and roasted turkey from Hola Jalapeño adds some south-of-the-border flair to your table in no time flat.

Here’s the secret: You poach the turkey, then cool it overnight before roasting. The method yields a tantalizingly crisp skin, an intense flavor profile, and uber-tender meat. It’s best for turkeys that weigh less than 14 pounds, because they’re easier to store in a stockpot overnight than bigger birds.

You can use whatever ingredients you like in the broth. If you prefer a more traditional taste, omit the jalapeño, cilantro and tomatoes, and instead add celery, lemon, thyme, rosemary and sage. And keep that flavorful broth to use later for soup.

For many, Thanksgiving without a green bean casserole just isn’t Thanksgiving. The usual rendition can get a little old, though. Instead, try this recipe for a Mexican-style green bean casserole from Cozy Country Living. It includes the usual ingredients — green beans, cream of mushroom soup and French-fried onions — but adds some Mexican picante with fire-roasted tomatoes, corn, tomatoes, chiles, cheese, fried jalapeños and other tasty additions.

Want a less-spicy version? Try any (or all) of these variations:

This recipe for tres leches cake from Tastes Better from Scratch is an easy yet delicious way to wrap up your Thanksgiving meal. It’s a traditional light sponge cake that’s coated in three kinds of milk (hence the name) — evaporated, sweetened condensed and whole — and then topped with a thick whipped-cream frosting. One taste, and you’ll see why our neighbors to the south serve it for so many special occasions.