Why do we celebrate Presidents Day? 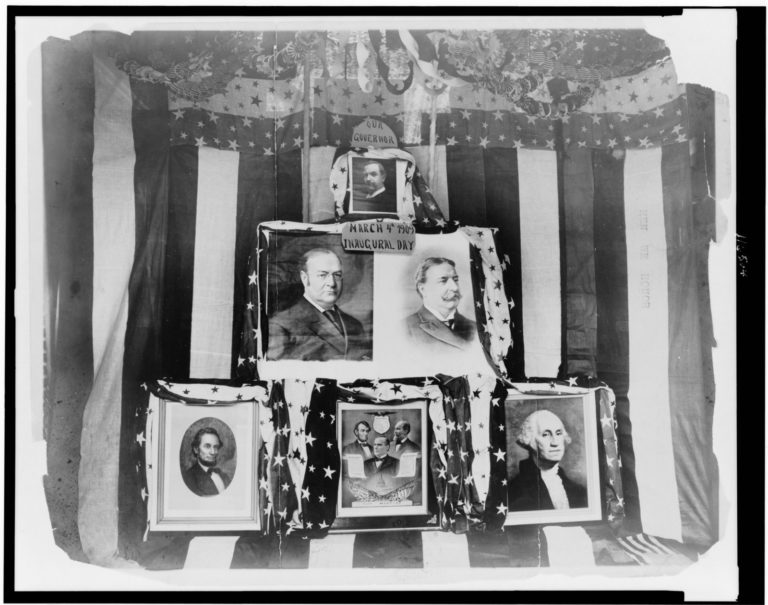 We all know Presidents Day is an American holiday that is celebrated on the third Monday of February. But have you ever wondered why we celebrate Presidents Day? Why is it in February? And how did there come to be just one day to celebrate all the great presidents of our nation? Interestingly enough, it all started with George Washington. We have the full scoop for you here!

Where it all began

George Washington, one of our greatest Founding Fathers, and the first President of the United States, was born on February 22, 1732. The day we now know as Presidents Day was originally a celebration of George Washington’s birthday.

George Washington is considered by many to be the father of the United States. He is on our currency, carved into South Dakota’s Mount Rushmore, and he has our nation’s capital named in his honor. His birthday was officially celebrated in the District of Columbia in 1880, but the day was officially made a national holiday in 1885.

MORE: Monuments, cities and roads that have been named after US Presidents

In 1971, Congress passed the Uniform Monday Holiday Bill. This moved many federal holidays to Mondays in an effort to give workers several long weekends instead of disrupted work weeks, meaning the holiday is now celebrated on the third Monday of each February.

It was also debated during this time whether to change the name of the holiday from George Washington’s Birthday to Presidents Day, as a way to honor all presidents. Abraham Lincoln, after all, was born on February 12. Although the change was officially rejected, the day came to be known publicly as Presidents Day anyway due to the use and marketing of the day by retailers to run huge sales and promotions.

Presidents Day is a public holiday in most U.S. states. Typically, banks, schools and the United States Postal Service are closed. It is an opportunity for people to salute presidents who have helped shape our nation.

Around this holiday, many schools will give lessons on specific presidents and tie in relevant history lessons on the Founding Fathers, the Constitution or politics. On the commercial and consumer side of things, many stores have huge Presidents Day sales, and you will see lots of red, white and blue in ads for everything from sheets to cell phones.

MORE: What powers does the President of the United States hold?

In short, George Washington’s birthday has become a national day to remember and honor all presidents, learn a little bit about history and savor a little patriotism. So, soak in the holiday, enjoy your family and remember some of the great people who helped make this country what it is today.