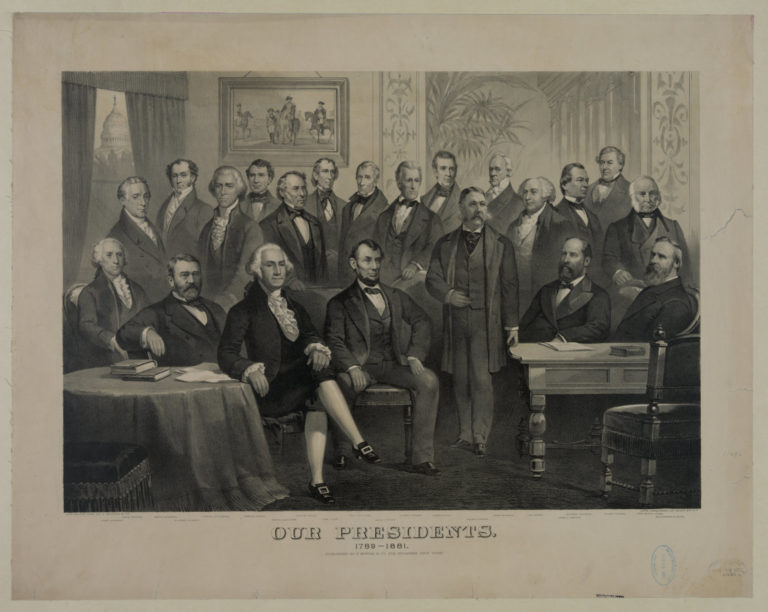 Presidents Day is a national holiday — which, for many Americans, means a day home with your kids and an opportunity to honor our country’s leaders. If your kids know more about presidents than you do, check out our quick study of the most recent presidents, along with a few notable leaders who held office!

Notable: George Washington, whose face is on our $1 bill, is best known as the first president of the United States, and one of the Founding Fathers of our nation. He was a skilled military leader, and led the Continental Army to victory over the British forces during the American Revolution. Washington also presided over the Constitutional Convention that drafted the U.S. Constitution.

MORE: The presidential first ladies have made quite the impact on US history

Notable: Abraham Lincoln, whose face is on the $5 bill, served as the 16th president of the United States. His presidency was tragically ended when he was assassinated. Lincoln is remembered as the president who led the nation through the Civil War and abolished slavery. His famous Gettysburg Address, one of the best-known speeches in American history, reiterated that our nation was conceived in liberty, and that all men are created equal.

Notable: Theodore “Teddy” Roosevelt, the 26th president of the United States, was the youngest president to date to be elected. He is remembered for his dedication to the anti-monopoly policies and environmentalism. Roosevelt, who is memorialized as one of the presidents on Mount Rushmore, also won the Nobel Peace Prize for his part in ending the Russo-Japanese War.

MORE: Why do we celebrate President’s Day

Notable: The 32nd president of the United States, Franklin Delano Roosevelt — or FDR — won four consecutive presidential elections. He is the only U.S. president to serve more than two terms, leading the nation through both the Great Depression and World War II. He is also known for his words of wisdom, as well as the implementation of the New Deal, a slate of projects and programs that aimed to restore prosperity to Americans during the Great Depression. FDR is also noted for his role in moving the United States into a position of global power.

Notable: John F. Kennedy, also known as JFK, was the 35th president of the United States, whose presidency was cut short with his assassination. The second-youngest president to be elected, Kennedy is remembered as a strong civil rights activist who inspired Americans to be more active in their citizenship. “Ask not what your country can do for you,” he famously said. “Ask what you can do for your country.” One of the last acts of his presidency was to establish the landmark Civil Rights Act.

Notable: Ronald Reagan, our 40th president, is known as the Hollywood actor turned president. He is noted for his economic policy — nicknamed Reaganomics — which brought about a decrease in unemployment and inflation while initiating one of the largest peacetime economic booms in U.S. history. Reagan also played a key role in bringing a peaceful end to the Cold War.

Notable: The 41st president, George Herbert Walker Bush, also served as vice-president under Reagan, and is the father of 43rd president, George W. Bush. He is best known for skillfully handling foreign affairs, including the U.S. military removal of dictator Panamanian Manuel Noriega, from power and then driving Iraqi president Saddam Hussein out of Kuwait. Bush organized a 37-nation coalition to oppose Hussein.

Notable: William J. Clinton, better known as Bill Clinton, served as the 42nd president of the United States. During his administration, the country experienced more peace and economic well-being than any other time in history. The U.S. had significant economic growth, and record job creation and deficit reduction. Clinton also signed the North American Free Trade Agreement (NAFTA) into law, which created a free trade zone for the U.S., Canada and Mexico.

Notable: Our 43rd president, George W. Bush, aggressively responded to the Sept. 11 terrorist attacks. He assembled an international military coalition to go after Osama bin Laden and he initiated the Iraq War. The coalition successfully toppled the Taliban government and routed al-Qaeda fighters. There were no successful terrorist attacks on the U.S. for the rest of his terms as president.

Notable: Barack Obama, the 44th U.S. president, is the first African American elected to the presidency. He is best known for signing into law the historic healthcare legislation Patient Protection and Affordable Care Act, also known as Obamacare. During his time in office, U.S. special forces killed Osama bin Laden, the mastermind behind the Sept. 11 attacks.

Notable: Our current president, Donald Trump, is on a mission to “Make America Great Again.” He has had an impact on unemployment rates and tax rates.