Why do we eat ham, black-eyed peas and spinach on New Year’s Day? 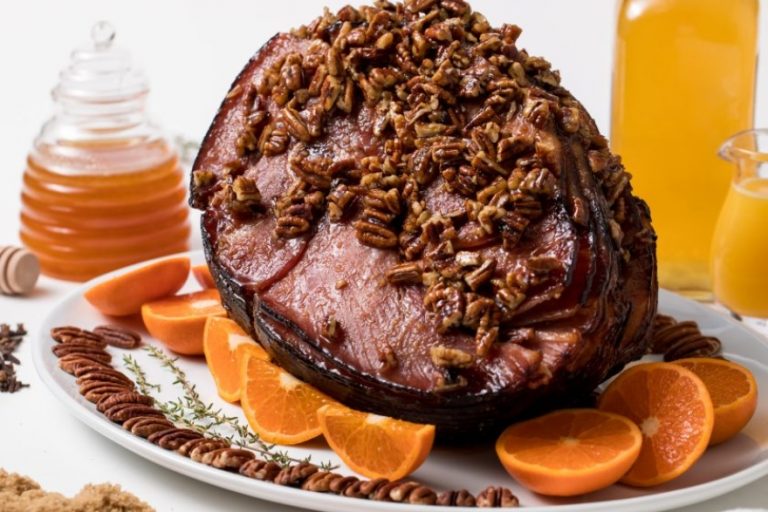 After a New Year’s Eve night of partying, indulging and ringing in the New Year, there’s nothing better than knowing the next day includes a spread of mouthwatering foods for the New Year’s Day celebration. Many of the foods you see when celebrating the new year aren’t there just because they’re scrumptious. Many have meaning and tradition behind them. Let’s take a look at the history behind serving ham, black-eyed peas, and spinach on New Year’s Day.

As if you need a reason to indulge in a big slab of juicy ham on New Year’s Day. But, just in case, here you go: The tradition of eating pigs for good luck has a long history in German and Eastern European countries. However, in many other cultures around the world, pork is also considered a sign of prosperity and progress. Because pigs tend to be chunky, eating pork is supposed to pass on the trait of “chunkiness” to the person eating it — not chunky as in gaining weight, but chunky as in gaining cash. Also, because pigs “root” forward as they eat (as opposed to the backward scratching of chickens, for example), this forward momentum is said to be a sign of progress for the coming year. Did you know that pigs cannot turn their heads to see behind them? So, again, the analogy of looking forward, not backward equals progress, which equals good luck in the new year. Skip the guilt and feel good about indulging — at least for this one day anyway.

The idea of eating black-eyed peas for luck dates back as far as 1,500 years, to about 500 A.D., when they were an integral part of the Jewish holiday Rosh Hashanah. It is believed that the tradition came to America with Jewish people in the 1730s. The tradition of eating black-eyed peas has varying stories in the South. One states that, during the Civil War, the Union Army pillaged the Confederate soldiers’ food supply. Believing the peas and pork were for the animals, and not the humans, they left those behind. The Confederate soldiers were grateful to have these remaining food supplies to get them through winter. Another belief is that, when slaves were freed on New Year’s Day after the Civil War, black-eyed peas became a symbol of emancipation.

There are also theories behind the symbolic elements of black-eyed peas. One is that eating them represents humility. Another is that the dried beans slightly resemble coins. Finally, some believe they symbolize expanding wealth because they expand in volume so much when cooked.

According to tradition, black-eyed peas served with cornbread symbolize gold; when served with stewed tomatoes, they represent wealth and good health.

Spinach and other greens — collard greens, kale, etc. — are eaten on New Year’s Day reportedly because their deep green color symbolizes money and prosperity. Before cooked, they resemble folded paper or dollar bills. Luckily for those who partake, they are also extremely healthy. So, if financial wealth doesn’t befall you, eating spinach and other greens is still benefiting your health — even if only for one day.