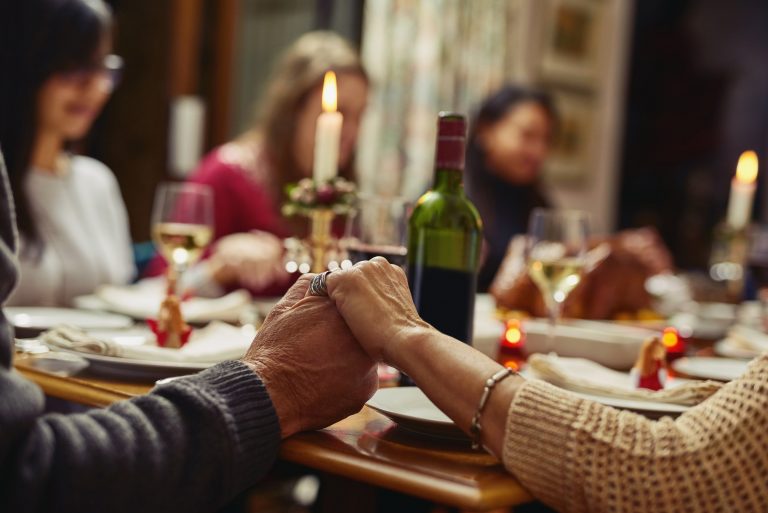 Christmas is a holiday full of meaning, wonder, and love. It is also a holiday overflowing with traditions begun centuries ago and passed down through the generations. Religious Christmas traditions have been celebrated for thousands of years.

Whether it’s singing Christmas carols, lighting the Advent calendar, or giving and receiving gifts, there is meaning behind these traditions that sometimes can get lost in the hustle and bustle of the season. It can be easy to be swept up in all that needs to get done and forget the real meaning behind the holiday. Let’s take a look at the significance of some special religious Christmas traditions you may already share with your family.

The word Advent comes from the Latin language and means “the coming” or “coming forward.” Advent is the time set aside to prepare for Christmas — the celebration of the birth of Jesus — and begins on the Sunday nearest to November 30. Long ago, many Christians felt the importance of celebrating this incredible gift from God needed more than only one day. There should be a period of preparation beforehand to extend the reflection and reverence. This allowed them to focus on the deep meaning of the event and teach their children the enormous significance of Christmas. Families will display Advent wreaths and calendars as well as light a candle each Sunday during this time.

The first advent calendars came into being in the latter part of the 19th century, with the goal of offering a way to mark off each day before Christmas. Sometimes Bible verses were printed on each date. Later, as with so many traditions, it turned into a more secular celebration with calendars depicting Santa, reindeer, and pieces of candy. However, there are still Advent calendars to be had that teach the story a bit each day.

The displaying of a nativity scene, or Christmas creche, is a tradition that represents the story of Christmas. The crib is especially meaningful in that it symbolizes the birth of Jesus, who represents the infinite gift of love given to the world by God at Christmas time. There are numerous displays of all shapes and sizes, but all hold the same special meaning when displayed.

The trees we put up and decorate in our homes are the symbol of eternal life. First introduced by Martin Luther to the Reformation Church, they were brought into homes and decorated with candles as a symbol of an endless life with Christ. The widely accepted story is that Martin Luther was walking through the forest one night and looked up to see the stars shining through the tree branches. The beauty of the scene reminded him of Jesus who left heaven and came to Earth at Christmas. Over time, the decorations evolved from candles to lights, crystal ornaments, and more. The top of the tree has traditionally been decorated with an angel, which is symbolic of the angel who told the shepherds about Jesus, or a star to represent the star the three wise men saw.

MORE: What is the history of Christmas that has been shared for centuries through generations of Christians?

Many religions encompass the lighting of candles during special holidays and celebrations. Candles are used during Hanukkah, the Jewish festival of light, as well as in the winter celebration of Kwanzaa. Many people believe the varied use of candles is a symbol of the light from heaven that signifies the sun’s light and warmth in the middle of dark winters. Christians believe candles are symbolic of the light of Christ and represent love, prayer, passion, and hope. They symbolize Jesus, considered the light of the world who guides believers from the darkness. Candlelight also represents the path of life and stands for spirituality, devotion, and faith.

Gift-giving has been a tradition from almost the beginning of time. Gifting during Christmas is directly tied to the gifts the three wise men gave to Jesus upon his birth. Some families honor this by only giving three gifts to each recipient. However, gift-giving is also symbolic of the ultimate gift God gave the world — the gift of his son. Over time, giving gifts seems to have lost its original meaning and many believers battle to balance gifting with remembering the reason behind this tradition.

MORE: What are your favorite non-religious Christmas traditions?

The tradition of sending cards to family and friends at Christmas dates back to the 19th century in England. It was common for students to send letters home to their parents bragging about their school accomplishments in hopes of receiving gifts and rewards in return. Over time, this turned into a tradition of sending cards and letters in praise of all that was accomplished the past year as well as evidence for hoped-for rewards. It wasn’t until cards were created and marketed as “Christmas cards” that they began to be used as such. Billions of people still send Christmas cards every year.