What is Hanukkah, and why is it celebrated? 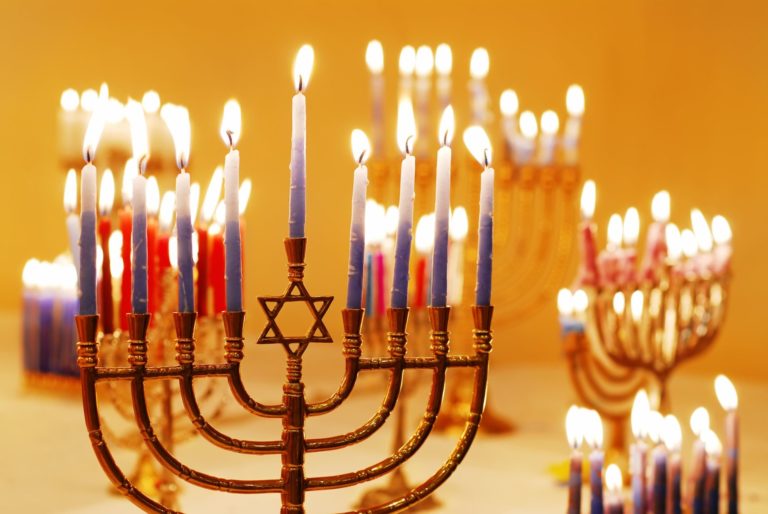 Hanukkah is a Jewish holiday lasting eight days and honoring the rededication of the holy Temple of Jerusalem after the Jewish victory over the Syrian-Greeks more than 2,000 years ago. Hanukkah (occasionally spelled Chanukkah) is Hebrew for “dedication.”

Why do people celebrate Hanukkah?

Back in the year year 165 BCE, Antiochus, a Syrian king, tried to force the Jewish in Israel to worship the Greek gods. Many Jews resisted this, including Jewish priest Judah Maccabeus, who led the three-year Maccabean Revolt against the Syrians — he was successful, and eventually drove them out. The Jews could once again worship their god in the Temple of Jerusalem.

After the victory, the Jews eliminated all Greek symbols from the Temple of Jerusalem, completing the task on the 25th day of Kislev. In commemoration, they wanted to burn an eternal flame, but didn’t have enough sacred oil. Despite that—and to everyone’s astonishment—the flame they lit burned for eight days, which was just enough time to prepare a new supply of kosher oil.

So today, Jews celebrate Hanukkah to remember their defeat over Antiochus, the restoration of the Temple of Jerusalem, and the miracle of the oil.

Each year, Hanukkah starts on the 25th day of the Jewish month of Kislev. The date of Hanukkah changes every year because the Jewish calendar is lunar-based, though it usually lands somewhere between late November and the end of December.

What are Hanukkah traditions? 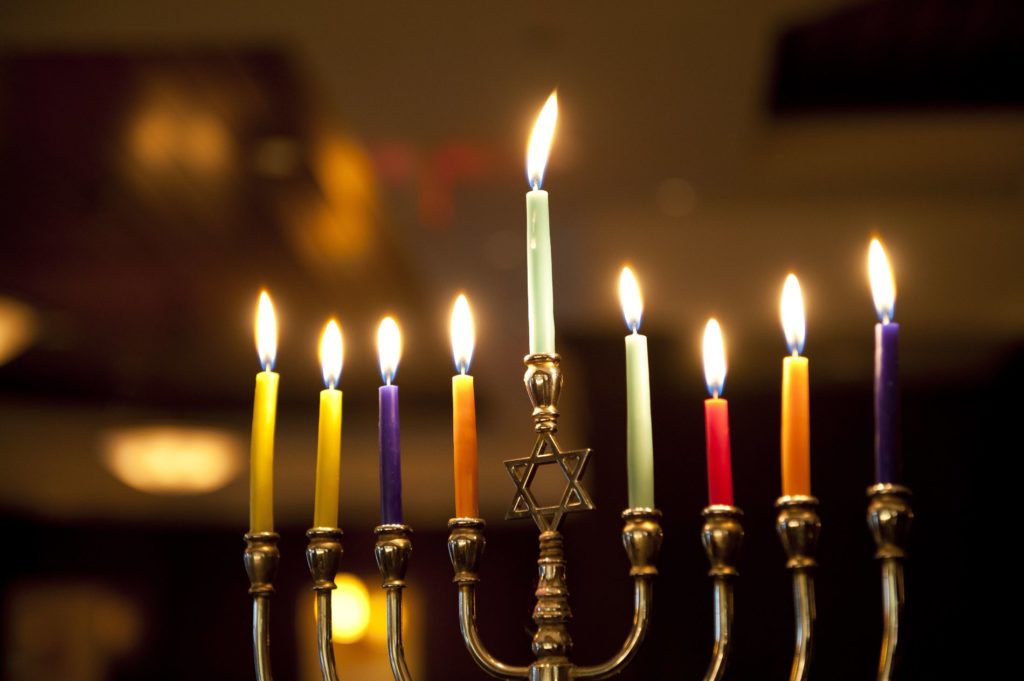 A menorah, or chanukkiyah, is a nine-branched candelabrum that is lit on each night of the eight-day celebration of Hanukkah. The ninth candleholder, called the shamash, is used to hold the candle that lights up the other eight candles. 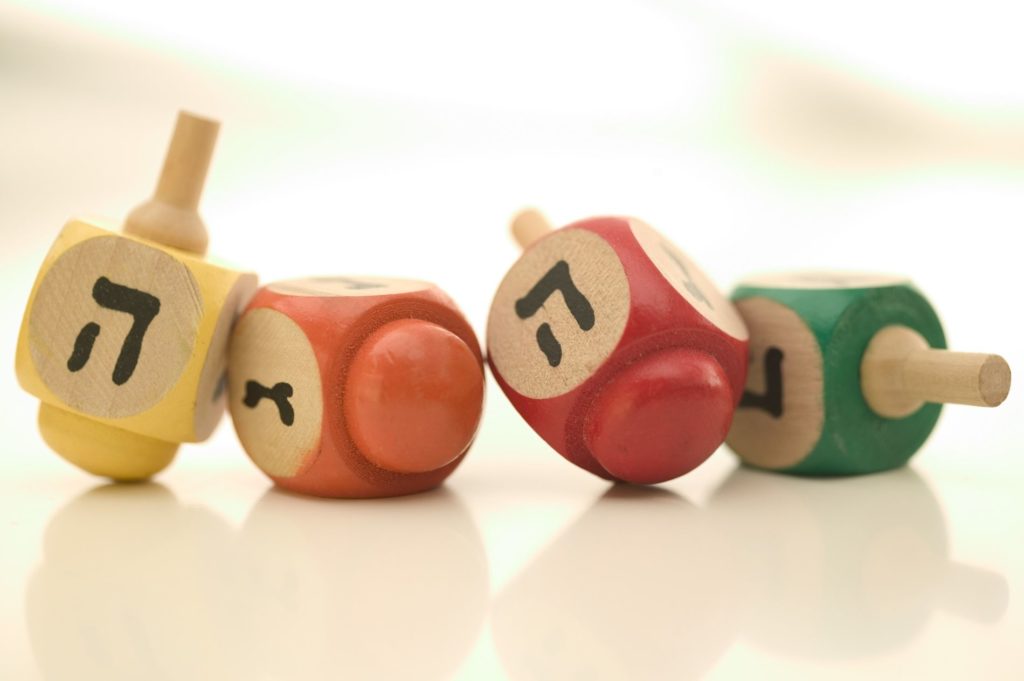 A dreidel is a four-sided spinning top used as a game—each side of the top displays a letter of the Hebrew alphabet representing an acronym that stands for: “A great miracle happened there.” During Antiochus’ rule, Judaism was prohibited, so Jews would secretly gather in groups to study the Torah and if soldiers were coming, they would hide the Torah and take out a top similar to the dreidel to act as if they were playing a gambling game.

Find out how to play and the rules of Spin the Dreidel here.

Parents often give children chocolate gelt (chocolate coins covered in foil) during Hanukkah, and sometimes relatives give gelt (actual coin money) to each other as Hunukkah gifts. According to legend, this tradition stems from the national coins that the Jews minted to celebrate their freedom after their victory. 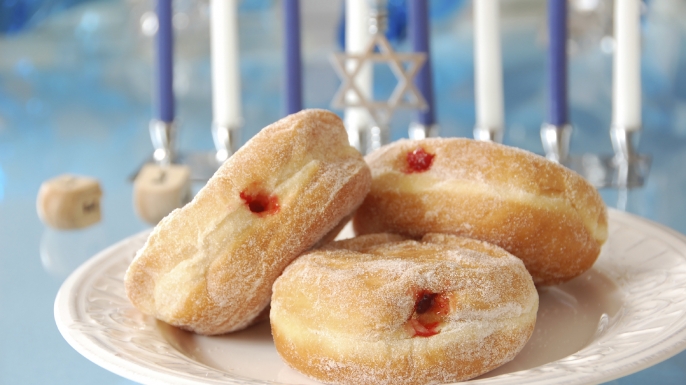 Fried foods like latkes (potato pancakes) and sufganiyot (jelly-filled doughnuts) are eaten to remember the flame that burned for eight days even though there was not an ample amount of oil. 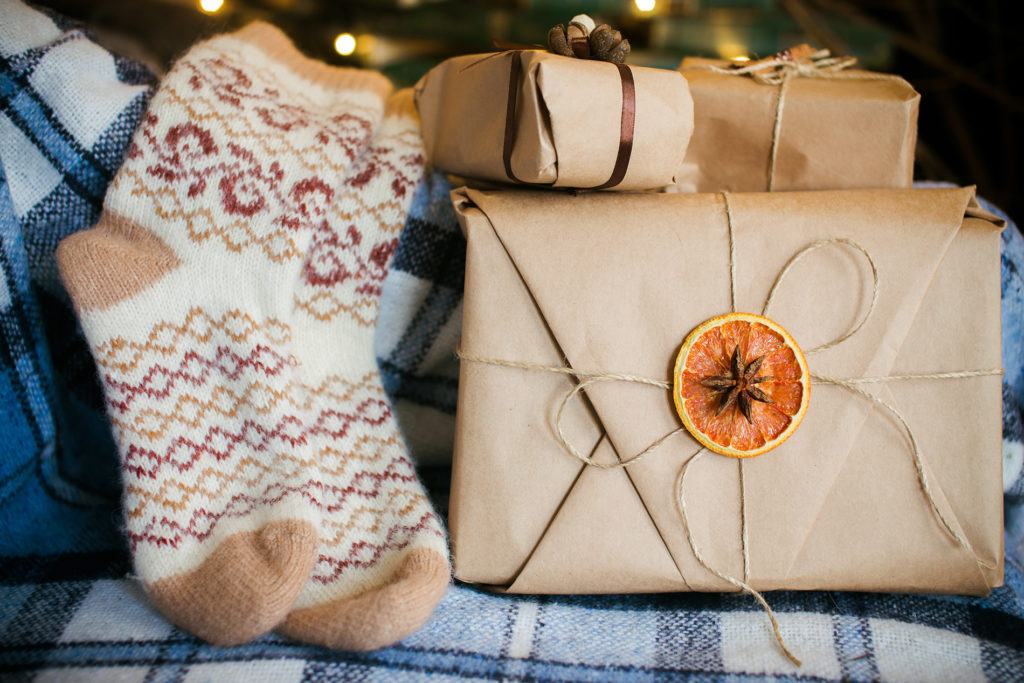 Influenced by Christmas, in modern times, some Jewish children receive gifts every night during the eight days of Hanukkah.