What is Samhain – and how is it different from Halloween? Samhain’s spooky origins and history 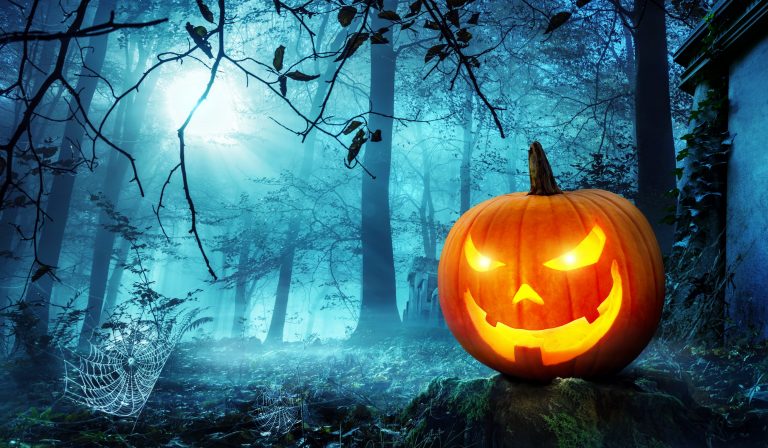 Have you ever wondered why we dress up in costumes at Halloween? Why we go trick-or-treating and carve jack-o-lanterns? These traditions all originate from the ancient Celtic festival of Samhain, pronounced “SOW-in.”

Let’s take a look back at the origins and history of Samhain to get a better sense of our present day Halloween traditions.

What is Samhain – and how is it different from Halloween?

Halloween has not always been about vampires and candy corn. Two thousand years ago, what we now call Halloween was known as Samhain and marked the beginning of a Celtic New Year. The Celts celebrated their new year beginning on October 31 and ending November 1.

Samhain’s literal meaning is, “summer’s end,” and the Samhain festival marked the end of long, daylight hours and the beginning of short, cold days. This is when harvesting ended, and winter began its chilly approach.

This transitional time period was often associated with death. The Celts believed that this time of year was when the barrier between the living and the dead overlapped and the ghosts of the dead could return to earth to mingle with the living.

Based on their beliefs, the dead could either bring gifts to bestow on the living — or they could be coming to seek revenge. It was believed the spirits could cause trouble and damage crops as part of that revenge. For a people so dependent on the natural world, this festival was a source of knowledge and comfort.

A look at Samhain’s spooky origins and history

The goal of the Celts at the Samhain festival was to appease the wandering spirits. They would place food and treats by the door and they lit bonfires and burned crops and animals as sacrifices.

To avoid wandering spirits, the Celts would disguise themselves with masks and costumes consisting of animal heads and skins, which often represented various deities. The Celts would also keep the bonfires burning all night to guide the souls of the deceased to their “resting place.” Over time, the roles reversed, and the Celt citizens that dressed in disguise began imitating the spirits and going door-to-door demanding treats or threatening tricks.

Another source of “protection” from the wandering spirits were the fires built on hilltops and in front of homes. The fires were symbols of the sun and believed to ward off the darkness of winter. The participants, in their desire to carry this protection with them, used the bones of slaughtered cattle, lit them on fire, and placed them into a hollowed out turnip, potato, or beet.

These “lanterns” were often carved with scary faces to frighten away the spirits and carried around by the Celts. From this tradition came the modern jack-o-lanterns — now seen on porches everywhere at Halloween.

Pumpkins — a type of squash — were substituted for potatoes and turnips with the Irish Potato Famine of 1846. As Irish families fled to North America, so did the jack-o-lantern in the shape of a pumpkin. These Halloween festivities were embraced by the North Americans and continue to this day.

Due to the popularity of pumpkin carving, farmers began to breed pumpkins especially made for Halloween. The thin or thickness of the flesh of a pumpkin became a factor in the breeding, growing and marketing of pumpkins.

The Halloween we know today is a result of the intersection of the Samhain festival with the Roman Catholic church. All Saints Day is celebrated by the church as a day to honor all Christian saints. All Saints Day was moved to November 1, which is the same as the day to celebrate Samhain. All Saints Day also is known as “All Hallows,” meaning holy.

“All Hallows Eve” — the night before All Hallows — became the popular night to celebrate and it eventually the name morphed into into the word that makes kids’ eyes light up every year now: Halloween.