Predicting pop culture costumes that will be popular in 2019 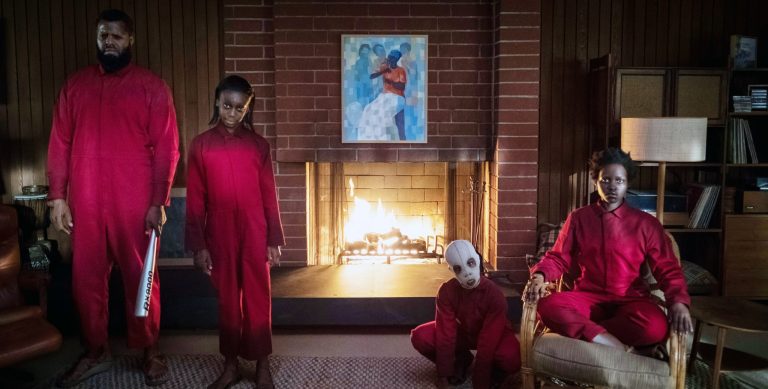 If you’re a fan of pop culture trends and like to incorporate your faves into your annual Halloween costume, then Darth Vadar and the Teenage Mutant Ninja Turtles are probably nowhere on your radar. Instead, check our list of pop culture costumes destined to be hot this Halloween — and guaranteed to nab the “Coolest Costume” award at the party.

I’ve never played Fortnite, watched anyone else play Fortnite, or have an inkling what the game is about, but it counts 250 million registered accounts. It’s been around for more than two years and just gets more popular. It’s no surprise, then, that you can choose from several very cool Fortnite costumes.

Bright Bomber and Cuddle Team Leader are two of the over-the-top-cute costumes. Skull Trooper and Crackshot are guaranteed to keep people away from your candy stash.

This movie isn’t even in the same universe as Avengers: Endgame and John Wick 3 in ticket sales, but it has strong reviews and has gained an underground but emerging fanbase. It has the potential to become a hit through word of mouth and end up as one of those classic movies that never get old, a la Sixteen Candles and The Breakfast Club.

The best part: All you need is a blue jumpsuit and tan fanny pack!

Before seeing a clip of this performance at the BET Music Awards on June 23, I would have laughed if someone had told me this unlikely duo had recorded a hit single. I still knew Billy Ray Cyrus only as the “Achy Breaky Heart” singer and Miley Cyrus’s dad. I gotta admit, though: Their song, “Old Town Road,” is a catchy number that tends to play on repeat in your head all day long.

So, team up with a buddy to be this music star duo (and work on those fancy cowboy dance moves)!

Those creepy killer doppelgangers from “Us”

I refuse to watch scary movies, but I am on board with an easy costume that needs only a red jumpsuit, a pair of scissors, and “want to kill you” expression. Consider making it a family affair and dress each member as an Us doppleganger for full effect.

MORE: The most Googled Halloween costumes of 2018

Doesn’t everyone harbor a secret wish to just let it all go? Stop showering, eat and drink anything/everything, and just not give a damn? Here’s your chance to live out that fantasy — sort of. For this one night, go ahead and be the slouch you’ve only dreamed about.

Need a beer belly? Here’s one that even looks hairy.

I refuse to speculate as to whether these two superstars are more than just friends — we’ll all know in time. But there’s no guessing about the overwhelming success of their hit song, “Shallow,” from the movie A Star Is Born.

Find a willing partner, warm up those pipes, and spend Halloween as the dynamic singing duo of 2019.

From Woody to Buzz to Mr. Potato Head, characters from the Toy Story franchise have been and will remain beloved. Forky the spork won’t be any different, just a little more neurotic.

Gather some friends and create a gang of Forkys — a friendly, slightly sad gang. And then try to explain why your name is Forky and not Sporky.

If you set your alarm to join the 1.9 billion people who watched the marriage of Prince Harry and Meghan Markle, then this might be the costume for you.

Men, gussy up your fanciest duds with a couple of shiny medals and a wide, white belt. Ladies, gather some friends and recreate Meghan’s wedding dress using toilet paper and origami skills. Or buy this cheap white maternity dress. Don’t forget the tiara!

My husband has been told lately that he looks just like John Wick — mostly because he hasn’t cut his dark hair or shaved in months. It’s not my favorite look. However, it totally works when he quotes Keanu Reeves’ most memorable movie lines. “I am an FBI agent!”

Never gets old. I digress…

All you need for this costume are black pants, white shirt, black jacket and some fake cuts and bruises on your face. Best thing about being Keanu/John Wick: No one will expect you to talk much!