Halloween traditions from all around the world: The sweet, the scary, and everything in between 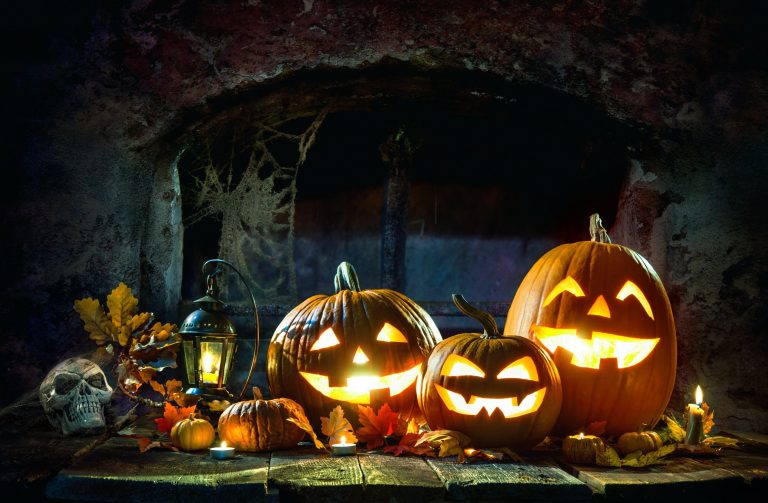 Does approaching Halloween bring out the little kid in you? Are you excited to haul out the skeleton and giant spider decorations for your house as you try to have the scariest house on the block? Maybe you are already stocking up on an absurd amount of candy you to distribute to trick-or-treaters. Or maybe — just maybe — you look forward to late-night foraging through your kids bags of treats so you can snag all the peanut butter cups.

Halloween is one of our oldest holidays, dating back over two thousand years, and is celebrated in some form almost all around the world. How it is celebrated, however, varies greatly. Let’s take a look at traditions not only in North America, but across the whole globe.

Halloween traditions in the USA and Canada

You don’t have to be a kid to dress up for Halloween! Fun-loving, young at heart “kids” of all ages dress up in all variety of costume for parties and work events across the United States and Canada.

People decorate their homes with pumpkins, spider webs, skeletons and fake headstones — some just for fun, some for bragging rights. And candy of every variety imaginable begins showing up on store shelves weeks in advance, just tempting you to not buy it before trick-or-treating begins.

Speaking of trick-or-treating, Americans will spend Halloween night answering doorbell after doorbell to kids of all ages grasping plastic pumpkins, pillowcases or any kind of candy holder with (mostly empty) promises of tricks if you don’t produce a treat.

Another uniquely American Halloween tradition is an abundance of everyone’s love-it-or-hate-it candy: candy corn. Countless debates will take place as to the actual edibility of this Halloween candy.

Stores will also begin to carry “pumpkin” or “pumpkin-spice” everything. Cereal, crackers, coffee, beer, there is seemingly nothing that cannot be ‘pumkinfied’ for this time of year.

Considered the birthplace of Halloween, celebrations in Ireland have origins dating back to ancient Pagan rituals thousand of years ago. Irish Halloween is celebrated with many activities similar to America’s including wearing costumes, eating too much candy, and having parties with family and friends, which often include bonfires.

A traditional food of Halloween in Ireland is barmbrack, a type of fruitcake containing inedible items such as rings, coins, and straw, each prize said to foretell the future. For example, finding a piece of straw in the cake means you will have a prosperous year.

From October 30 to November 8, Catholics in Austria celebrate All Souls’ Week, with All Souls’ Day falling on November 2. Celebrations include visiting and decorating graves of loved ones and attending special masses. Some people, believing it will bring dead souls back to earth for this night, leave out a lighted lamp, bread and water.

If your favorite aspect of Halloween is the “scariness” of it, then you might want to join the thousands of others who make the trek to Romania each year to celebrate Halloween at the home of Vlad the Impaler.

Also known as Vlad Drăculea, Vlad the Impaler is famous for his legendary cruelty and murdering ways, for being the inspiration for Bram Stoker’s Dracula — and  as a popular symbol associated with Halloween in Romania. There are guided tours and parties for visitors to the Bran Castle, where he was purported to have lived. Just don’t go alone!

Halloween traditions in Mexico and Spain

These Spanish speaking countries celebrate Dia de los Muertos, or Day of the Dead. Don’t let the name fool you! This is not a celebration of all things spooky. This is considered a happy occasion, as families remember their loved ones and friends that have died while also celebrating the continuity of life.

The celebration begins on October 31 and ends on November 2. Celebrants believe souls return to Earth to participate in the festivities, and in preparation for their visit, families build altars bearing special food, drinks, flowers, toys and candles.

As with other countries, the Japanese celebration, known as the Obon Festival, honors their dead ancestors. Included in this celebration are special foods, altars, lanterns, candles and other lighting used to show the ancestors the way to their families.

The people of Hong Kong celebrate “Yue Lan,” or the Hungry Ghost Festival. Here, they believe that for 24 hours, spirits get restless and begin to roam to land. In order to please them and bring them comfort, food and gifts are placed out and fires are set to light their way.