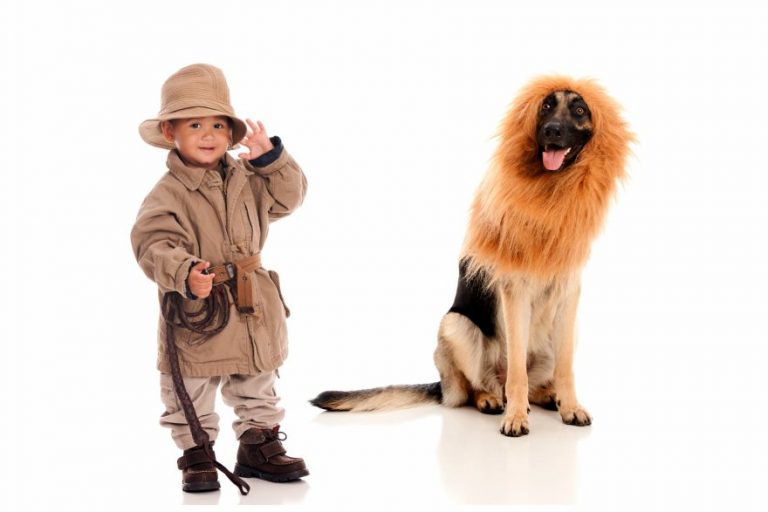 Halloween wouldn’t be nearly as much fun without your furry best friend by your side — especially if they’ll be helping you greet eager trick-or-treaters at the door. Of course, they’ll need to dress the part.

That means narrowing down the best pet costume ideas for Halloween 2018 so your dog or cat can get in the spirit, too.

Unfortunately, most of us spend a bit too much time obsessed over our own festive outfits to put thought into what our pets wear. Hey, it happens to the best of us. It doesn’t make you a poor pet parent — after all, you’re here now, right?

We’ve got your back. Peruse the best pet costume ideas below to find the purr-fect cat disguise or pawsome alias for your pup.

Not only is this costume super-cute, but it’s also tongue-in-cheek hilarious. We all know that delivery people and pets have a storied history, and this get-up playfully pokes fun at that rocky relationship. (Amazon, ranges between $11.99-$37.05)

Thanks to Chris Pratt and Bryce Dallas Howard, the second coming of the Jurassic Park franchise is still going strong. Since you’ll already be seeing tons of your people-y friends bouncing around in those wildly trendy inflatable T. Rex costumes, it will be especially funny to dress your pet like the feared dinosaur, too. (Amazon, $14.01)

Prepare to be dethroned! For at least one night, your pet will officially be king. Although this undoubtedly works best on dogs and cats with shaggy blond fur, we bet it would look adorable on just about any furry friend. (Amazon, $11.97)

MORE: Baby Halloween costumes that will make you LOL

The force is strong with this costume. You can’t get much more iconic than Star Wars right now (or, you know, ever!), so this Darth Vader costume is a keeper. (Amazon, $12.92)

Lasso up one heck of a good Halloween when your four-legged friend hauls around his own little cowboy all night long. No one will be able to resist the supreme cuteness of a dog or cat doubling as a bucking bronco.  (Amazon, $14.97)

Harley Quinn turned out to be a wicked popular Halloween costume for humans last year, so we think it’s time our BFFs — best furry friends, naturally — tried this she-villain on for size. (Amazon, $12-$28.44)