Baby Halloween costumes that will make you LOL 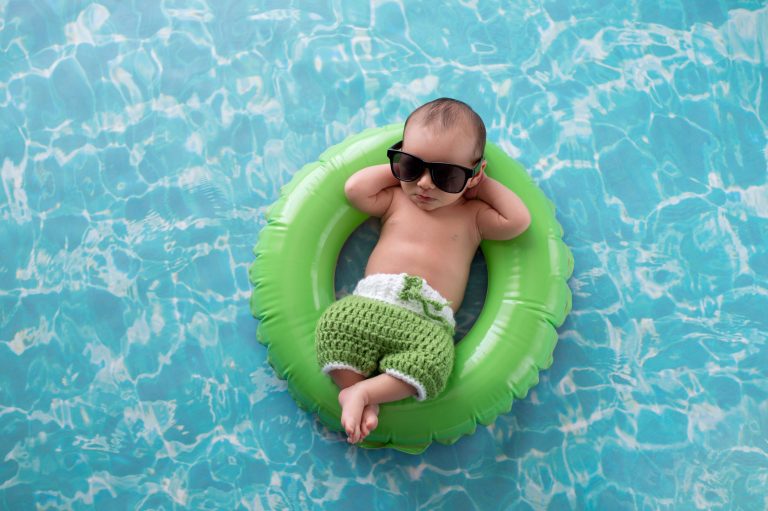 One of the most redeeming qualities of babies is that you can make them into your own personal joke factory, and there is literally no better time to do that than Halloween. They are too young to voice an opinion on their costume yet, so you can skip the endless parade of Elsa and Spider-Man outfits and go straight to generation-specific pop culture references. Hey, gotta take advantage of their physical limitations while you still can, right? Besides, you deserve some comedic relief for not bogarting the candy bucket.

In that spirit (pun intended), we rounded up some of our favorite funny baby Halloween costumes: some just for baby, some for baby and a baby-friend or sibling, and some parent-and-baby combos. Boo!

Old lady (or old man) with a walker

Lose yourself in the philosophical wonder of how we begin and end our lives in nearly identical conditions by making your baby fit for the retirement home. This costume works great for tots who are just starting to learn to walk but still need some assistance. For an old lady, have baby wear a gray wig, a floral house dress or bathrobe, slippers, a small black purse draped on an elbow, and glasses. Your little old man needs some bushy eyebrows made of stretched-out cotton balls, along with glasses, brown pants, a plain white tank top, suspenders and slippers.

The ultimate laugh-inducer of this costume (other than the eyebrows, obvs) is the walker! You can buy pre-made ones on Etsy, but building your own isn’t too tough. Here’s one tutorial we found.

You can easily make this costume into the old man from the movie “Up!” by adding a bow tie and a blazer and tying a bunch of colorful helium balloons to the walker.

Party on with this double costume from one of the most iconic “SNL” skits of all time. For Wayne, deck your baby out in Converse, jeans, a black tee, a dark brown wig (hair tucked behind the ears!), a black “Wayne’s World” trucker hat and a hockey stick. Garth will need Converse, jeans, an Aerosmith tee with a flannel wrapped around his waist, a long blond wig, black-rimmed glasses and drumsticks. You are definitely not worthy of these rad kiddos.

Just look how these two babies rocked it from KBC and Crew.

Make your crawler extra creepy with this spider costume. Dress the baby in a long-sleeved black onesie, black leggings and black socks. Stuff two pairs of black tights with socks, rags or whatever else you have around to fill them out. Cut a third pair in half (one leg per half) and do the same. Fold up the waistbands and attach a pair plus one leg to each side of the onesie with safety pins. (This should total eight legs if you include the baby’s real legs.) Use a hot glue gun to attach six googly eyes to a black headband and put it around the baby’s head. Watch fellow partygoers squirm in discomfort as the giant arachnid slowly crawls towards them. Extra points if you draw a red hourglass on the back of the onesie — it’s a hallmark of the dreaded black widow spider.

Up the fear factor by making your sweet little precious into a demonically possessed doll. Blue overalls, a red, white and blue striped long-sleeve tee and red Converse make the simple base of this costume. Use red fabric paint to write “Good Guys” across the front of the overalls. Spray their hair orange. Use makeup to draw slash marks on their face. Baby should carry a bloody rubber knife to look extra menacing. Mom can dress as the “Bride of Chucky” in a white tutu dress, black leather jacket, black fishnets and combat boots.

Welcome to the nursery! We got fun and games — like Candy Land, Go Fish, and Shoots and Ladders. Make your babies rock out with their Nuk out with these rockin’ Guns N’ Roses costumes. Axl will need ripped cut-off shorts (if it’s cold, pair with black leggings that have holes cut in the knees), a white sleeveless Guns N’ Roses tee, a straight red wig, a red bandana worn as a headband, black boots, temporary tattoos on their arms, and aviators. Slash wears his favorite outfit of black skinny jeans, a black Guns N’ Roses tank, a denim vest, a black curly wig, a black top hat and aviators. Give Axl a mic and Slash a toy guitar. If they try to beat each other with their props, that only makes it more realistic.

Love ‘90s comedies? Alrighty then, we have the perfect costume for your unsuspecting baby: Ace Ventura, pet detective! This is a super-easy costume to pull together at the last minute because you probably already have all this stuff or can easily pick it up that day. Plaid shirts, a pink tutu, a patterned short-sleeved, button-down shirt, boots and crazy, spiky hair are all it takes to turn your baby into a cultural icon.

You can actually pull off a Coppertone baby costume without your kid being naked. She will need flesh-tone tights and a leotard, white underpants with a little butt crack drawn on the back in black marker, and blue underpants over the top with a toy dog attached to the back with a hot glue gun or staples like it’s biting her. The blue underpants should hang down a little to show the drawn-on butt crack. Put her hair in two pigtails with blue bows.

brilliant halloween costume for a kid. it's the coppertone baby! pic.twitter.com/Rqndww1

Of all the Tim Burton-directed characters you could make your baby, Pee-wee Herman will definitely get the most laughs. A gray suit, white dress shirt, red bow tie, black loafers and a red push tricycle — that’s all it takes. But don’t expect him to accompany you to the Halloween party. He’s a loner, Mommy. A rebel. You wouldn’t understand.

This Toddler Pee-Wee Herman costume is EVERYTHING. https://t.co/idgqybod2S #StreamTeam pic.twitter.com/PdahfykBLr

Dad and baby can start their own wolf pack with this double costume. Dad needs a beard (real or fake, we’re not picky), a gray tee — preferably with a big orange sun design — khakis and blue blocker aviators. Baby will be wearing a light blue onesie, a white beanie and aviators while chillin’ with dad in a front-facing baby carrier. Bonus points if you give him a stuffed tiger to hold.

One of my favorite costumes I saw at #DragonCon, from the Hangover. pic.twitter.com/uxlbjNGs

Sweatin’ to the Oldies

Another hilarious cultural reference that only the adults will understand, but who cares? Your kid can’t talk yet. Put him in a curly brown wig, sweatband, American flag tank top, blue bike shorts (if they have white stars on them, even better), red socks, white running shoes and red wristbands. As for Mom or Dad, you can party off the pounds in your “Free Richard Simmons” tee.