Why are eggs a part of Easter? We tried to figure it out 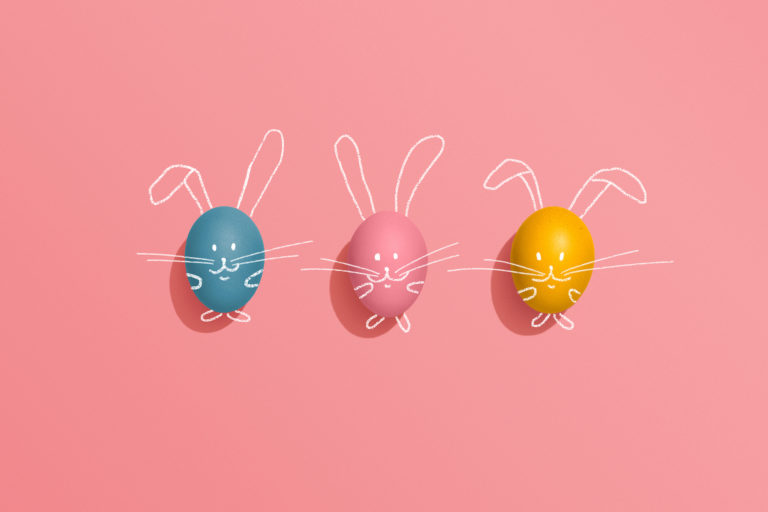 If asked to rattle off things that make you think of Easter, eggs would likely land near the top of your list. For those who celebrate this holiday, egg hunts have become a time-honored tradition. But have you ever stopped to think how in the world eggs became such an integral part of Easter?

At first glance, nothing about Easter’s history seems to reveal any direct connection to eggs. It is a Christian holiday created to commemorate the resurrection of Jesus Christ. According to the Bible’s teachings, Christ died on the cross on a day known as Good Friday. The Bible describes how, on Sunday of that same week, he rose from his tomb and came back to life.

Easter marks this significant day in Christian history, which observers celebrate with communion and fellowship among the church family.

So, uh, what does any of that have to do with eggs? As it turns out, there are a few interesting theories behind the egg-centric Easter activities we all enjoy today.

BBC points out one possible explanation, and it’s one grounded in practicality. Since eating eggs was originally not allowed by church leaders during the week leading up to Easter — also known as “Holy Week” — people had to set aside any eggs laid by community chickens that week. Instead of simply setting them aside, though, the people opted to decorate them and give them to local children as gifts.

Easter eggs could also be a tradition born out of pagan rituals. Eggs represent new life and are used in the pagan celebration that heralds spring equinox, called Ostara.

Outside of Easter egg hunts, you might also partake of another egg-based activity on or around this holiday: egg rolling. While it’s unclear when the first egg roll ever occurred, its beginning is often pegged to an annual event at the White House that kicked off in 1878. The tradition continues to this day.

During the inaugural White House Easter Egg Roll, President Rutherford B. Hayes invited young children to visit the White House and scoot decorated hard-boiled eggs across the White House lawn. According to the History Channel, there isn’t a known Christian association with this activity. But it merits mentioning that the egg rolling could represent the boulder being rolled away from Christ’s tomb.

So this year, as you dip eggs into cups filled with vibrant dyes or draw whimsical designs on them with a wax crayon, take a minute to consider how those humble eggs came to have such enduring symbolism on Easter.