What is the Day of the Dead? The history of this Mexican holiday 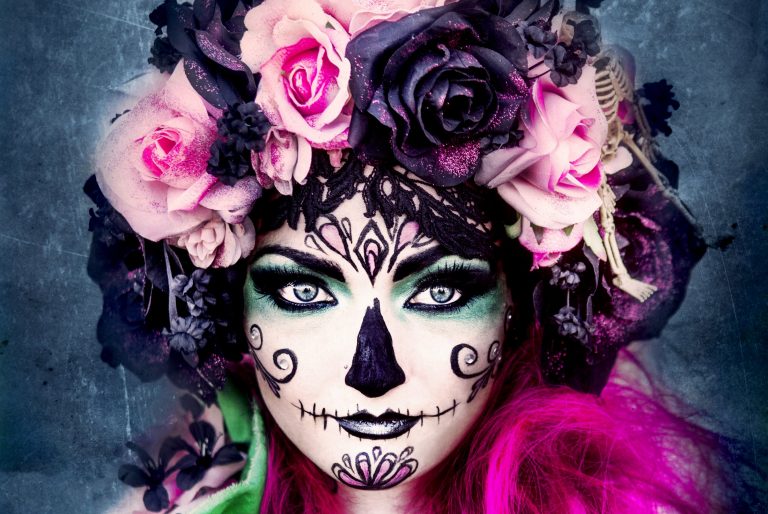 The Day of the Dead, also known as Día de los Muertos, is a colorful Mexican holiday that celebrates life — and also death. It is decidedly not Halloween, though. The holiday originated thousands of years ago in pre-Columbian Mexico, and remains an important part of Latin American culture today.

Let’s take a look at when the Day of the Dead started, what it is, and when it’s celebrated today!

What is the Day of the Dead?

The Day of the Dead has a long and vibrant history that is becoming more well-known with each passing year. The holiday got its start with pre-Hispanic cultures, and dates back as far as 3,000 years. Families would gather together to celebrate the lives of departed loved ones, starting around the beginning of August, and the festivities went on for an entire month.

MORE: What is the Day of the Dead? Find out some traditional ways to celebrate Día de los Muertos

Families felt that death was a natural conclusion of life, and that their deceased ancestors would feel disrespected by mourning, fear or sadness. These cultures developed a festival that celebrated the lives of those who have passed away instead of remembering them in solemn grief.

These civilizations, including the Aztec and Toltec people, also believed that their deceased family members were still an important part of their community, and they worked to keep their spirits strong and present year-round. During the celebration, however, it became more of a concentrated effort to welcome back their long-lost family members, as these departed ancestors would temporarily return to the land of the living and rejoin their families.

Over time (and likely due to the Spanish conquest of the Aztecs in the 16th century) this festival took on Christian elements and its duration was whittled down from its original month to just a few days. Much of the original parts of the traditions remained, however, and it’s become a delightful blend of older rites with Christian feasts.

When is the Day of the Dead?

Today, the Day of the Dead is a two-day celebration that starts at midnight on October 31, with the holiday matching up with two minor Catholic holidays — All Saints’ Day on November 1, and All Souls’ Day on November 2.

The festivities begin at midnight on October 31, when families await the return of angelitos, or departed children, who are welcomed back for the entirety of November 1. The next day, families welcome back their adult ancestors, and the celebration continues for yet another day.

The Day of the Dead is a vivid holiday that features loads of colors, lots of food and plenty of family time — for both those who are living and those who have departed. Even though the Day of the Dead started thousands of years ago and has changed over time, it’s still a vital part of Mexican culture and is celebrated in many parts of the world.

When did the sugar skull tradition come in?

One traditional aspect of the Day of the Dead that we’re all familiar with is the sugar skull tradition. Sugar art was introduced to the area in the 17th century by Italian missionaries, and the locals quickly realized they could use their abundant sugar resources, along with clay molds, and construct their own. They became commonplace in the 18th century and are very well-known today.

Known as calaveras, sugar skulls are colorfully decorated and placed at ofrendas, which are altars that help welcome spirits back to the world of the living.