How Cinco de Mayo is celebrated in Mexico vs. in the U.S. 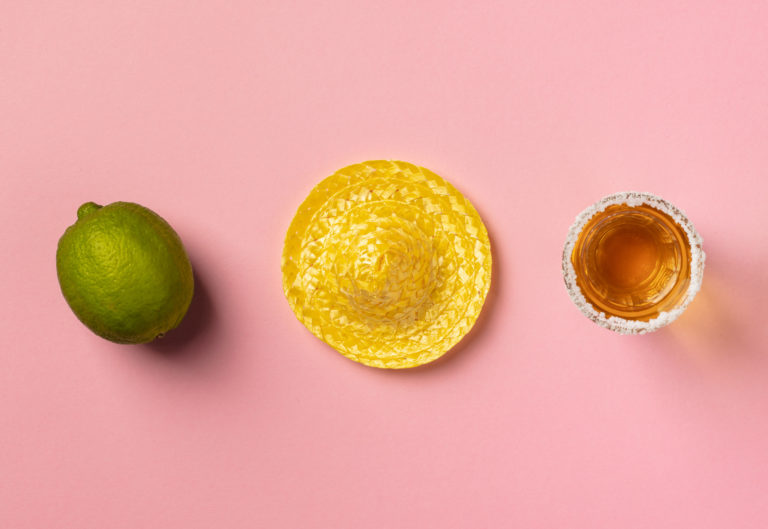 It’s always a solid idea to know the history — and, therefore, culture — behind any holiday you celebrate out of deference to the people who founded it. And while it’s easy to assume Cinco de Mayo is treated the same way in Mexico as it is in the U.S., that’s actually not the case. Cinco de Mayo history may surprise you more than that unexpectedly spicy shredded chicken dip your best friend always brings to the party.

By the time May 5 rolls around, most of us are more than ready to celebrate Cinco de Mayo — especially during years when winter seemed to last forever. We crave vibrant colors. We want the camaraderie among our amigos. And we need tacos. In preparation, we’ve stocked the kitchen with Mexican food (and maybe some tequila, too), the piñata is hanging in the backyard, and we’re eager to get this fiesta started.

But you can make this Cinco de Mayo your best yet by becoming empowered in knowledge about how the holiday is observed in its home country. Here are a few interesting comparison points to get you started.

In the U.S., it’s one of the biggest drinking holidays

Americans don’t just casually drink on Cinco de Mayo; they often center celebrations around libations. So much so that a poll performed by Alcohol.org found Cinco de Mayo to be the fifth booziest holiday in the U.S., ranked according to the average number of drinks consumed. Popular alcoholic beverages imbibed on Cinco de Mayo in the U.S. include margaritas, Micheladas, Tecate and tequila (obvs).

In Mexico, it’s a day of military remembrance

Fun fact: Cinco de Mayo is not, in fact, Mexico’s Independence Day — contrary to popular belief. Rather, Cinco de Mayo was created to remember the Mexican victory over France at the Battle of Puebla in 1862. A small Mexican army commanded by Ignacio Zaragoza surprised everyone by defeating a much larger French contingency, giving a much-needed win (and hope) to the people of Mexico.

MORE: How did Cinco de Mayo get so popular in the United States?

In the U.S., it’s commercialized

Up until around the 1960s, Cinco de Mayo was largely unknown in the U.S. However, it was around that time that Mexican-American activists began raising awareness for the holiday to celebrate pride in the Mexican-American community.

Over time, the American marketing machine took hold and became highly commercialized. Today, it is marked by corporate sponsors and advertising campaigns. More authentic celebrations can still be found in Mexican-American communities throughout the country, though.

Because Cinco de Mayo started as a tribute to the Battle of Puebla, Mexican celebrations tend to center on that historical event. Popular traditions for the holiday include military parades and re-creations of the battle.

In the U.S., it’s widespread

Perhaps the most traditional observance of Cinco de Mayo in the U.S. takes place in Goliad, Texas — about 60 miles north of Corpus Christi. That’s because the Southwestern town was the birthplace of Zaragoza, who led the Mexican army to victory at the Battle of Puebla.

It might come as a shock to you, but Cinco de Mayo isn’t observed everywhere in Mexico. It’s quite the opposite — the holiday is basically regional, primarily being celebrated in Puebla de Los Angeles (where the historic Battle of Puebla took place). Other parts of the country host smaller celebrations, but, for the most part, May 5 is just another day.

In the U.S., it’s basically business as usual

Cinco de Mayo is not a federal holiday in the U.S., so it’s like any other day of the week. Kids go to school. Adults go to work. Business offices and government entities remain open.

In Mexico, students get the day off

Another surprising revelation? Cinco de Mayo isn’t a federal holiday in Mexico, either! Offices, banks and stores stay open per the norm. There is a single caveat, though: Children get the day off from school in Mexico for Cinco de Mayo.

In the U.S., Mexican-American or Tex-Mex food is served

In America, people pile their plates high with tacos, burritos, and chips and salsa on Cinco de Mayo. However, the question of how authentic that food is seems to always be up for debate. (Granted, many people order a bunch of party packs from Taco Bell, so the authenticity doubt is fair enough.)

MORE: How to throw a family-friendly Cinco de Mayo fiesta

In Mexico, the fare’s as authentic as Mexican food gets

When you want the purest form of something, you go straight to the source. And, in this case, you can’t get any purer than real Mexican food being served in traditional ways in the tiny Mexican towns that celebrate Cinco de Mayo. Think enchiladas, tamales, poblanos, chile rellenos, chilaquiles, pozole and elote.

Not to mention, the International Mole Festival is held every year in Puebla as part of the Cinco de Mayo festivities. The annual event tips its hat (or sombrero, if you will) to mole poblano, the version of the sauce that originated in Puebla. Should you make the pilgrimage to participate, expect culinary discussions, exhibits and — score! — tastings of mole and other dishes by leading chefs from around the world.

How do you celebrate Cinco de Mayo? Let us know in the comments below!