The best hot sauce isn’t what you’d expect, according to this taste-test bracket 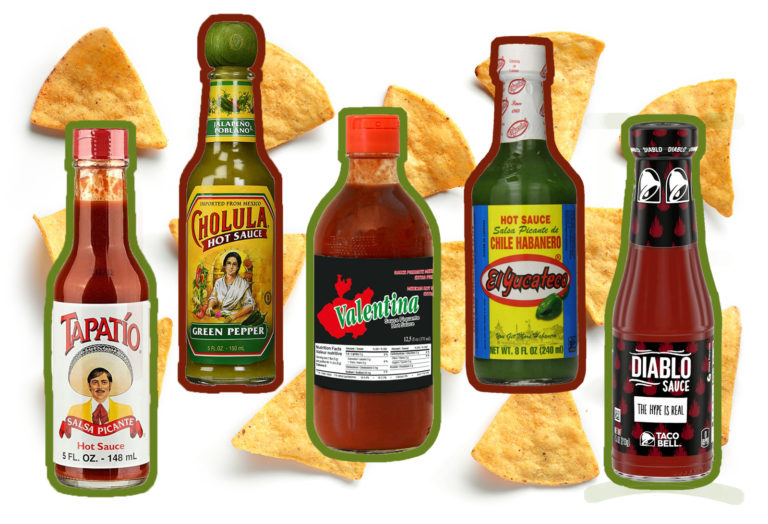 To the right taste buds, hot sauce is practically the elixir of the gods. It’s about more than just spice or heat, but is the kind of thing that takes burritos from meh to majestic, makes hot wings take flight, and even helped tacos earn their own day of the week.

But just like with salsa, different brands and blends are not all created equal — not by a long shot.

Whether the hot sauce is red or green, the ingredient lists are usually very similar — chili peppers, vinegar, spices. It’s the specific proportions of each and the kind of peppers used that make all the difference.

So what’s the best hot sauce? The spiciest? That’s where things get tricky. One person’s hot sauce is another person’s catsup… and could make someone else feel like a fire-breathing dragon.

In honor of Cinco de Mayo, we decided to do a taste test of our own. Rather than just sampling three or four popular sauces and picking our favorites, we decided to take it a step further.

Inspired by food challenges like USA TODAY’s Halloween candy bracket, we picked sixteen bottled pepper sauces, got a group together and sampled them two by two. We randomly selected the brands that would go head-to-head using Challonge.com’s handy dandy bracket generator tool, and counted the votes after each round. (See the matchups below.)

Here are the sauces we taste-tested, in alphabetical order.

PS: These are affiliate links, so if you buy through one of these links, we may make a small commission at no additional cost to you. We will count our cash while you burn your mouth — it’s a win/win!

Note: Because we couldn’t test every hot sauce on the planet, there are two famous brands not on this list: Sriracha and Frank’s Red Hot. (We’ll put at least one of them in next year. Promise.)

Hot sauce bracket winners & losers for each round 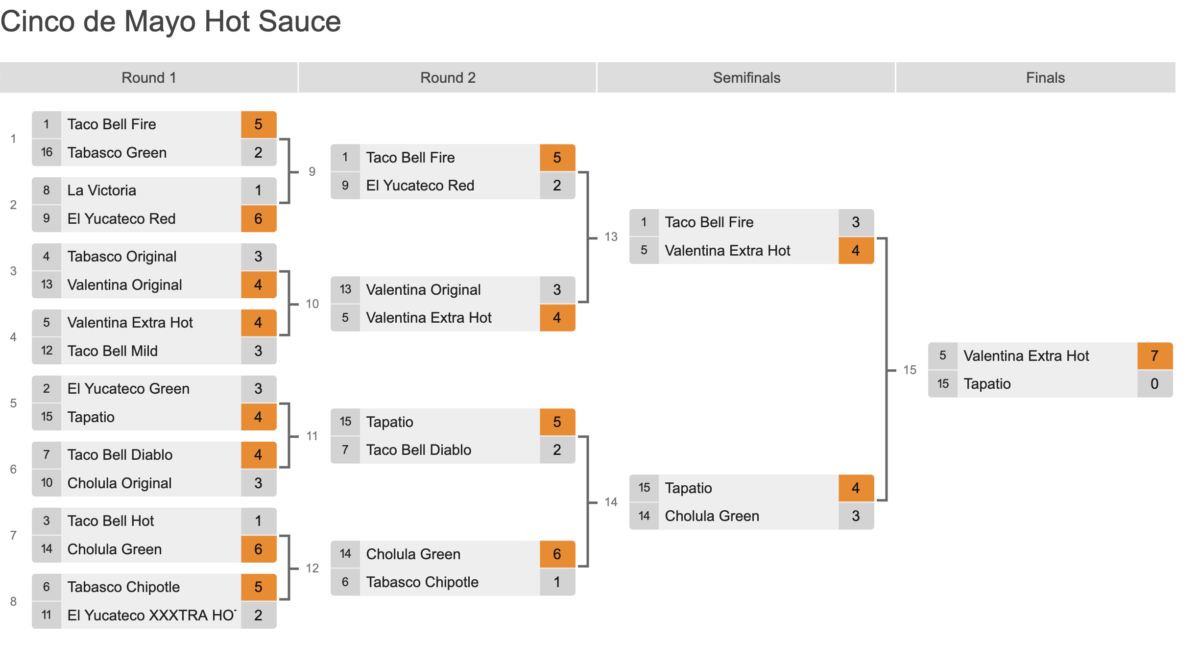 MORE: Finally, a keto margarita that lets you drink without regret

The winner was Valentina Extra Hot, which was a pretty big upset considering none of us had even heard of the brand, and it had to beat out office favorite’s Tapatio and Cholula for the win.

We gave Cholula Green the fan favorite award because, while it didn’t win the taste test when stacked up against Tapatio, it’s still definitely a hot sauce we’d drown our burritos in.

El Ycatecco XXXtra Hot was, without doubt, the spiciest hot sauce in the competition. It made one of our coworkers cry. Literally cry. And sweat. She said it was the most painful hot sauce experience she’s ever had, so try it at your own risk.

And Taco Bell Diablo was — surprisingly — enjoyed by many of the taste-testers. We gave it an honorable mention, so the next time you’re chowing down on a cheesy gordita, you can taste test it yourself. #NotAnAd

Honorable mention was based on many tasters saying it was “very good,” even though the sauce still didn’t take home any awards.