What is the history of Christmas that has been shared for centuries through generations of Christians? 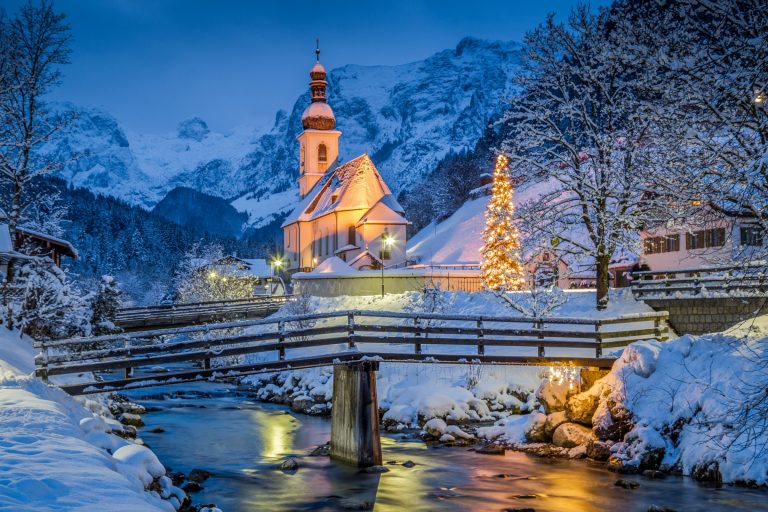 It sometimes feels as if the true meaning behind Christmas can become lost in the pile of presents, stress of family gatherings, and decorating madness that accompanies the season. However, this celebration of the birth of Jesus is over 2,000 years old and has deeply religious and spiritual meaning behind it. Let’s take a look at the interesting and complex history of Christmas.

The Birth of Jesus

Based on a literal reading of the Old Testament, it is believed Jesus was born just as the year 4 BC began. The date of December 25 was chosen as the day of celebration by the Roman Catholic Church for a number of reasons, including the winter solstice and other Roman festivals.

Just before Jesus’ birth, Joseph and Mary leave Nazareth to travel to Bethlehem. Following the birth and announcement, the shepherds visited to honor him.

Easter was the main holiday in the early years of Christianity and the birth of Jesus was not yet celebrated. At this time, December 25 was a day of celebration for Romans in honor of Mithra, the god of the unconquerable sun. This was also the period when Saturnalia, a festival honoring Saturn, the god of agriculture, was celebrated. It is believed that the church chose this time of year, and the date of December 25, to change the traditions of the pagan festival.

The first connection between Saturnalia and Jesus occurred during the fourth century when Christian leaders converted pagans to Christianity by allowing them to continue to celebrate this festival. This was a tenuous connection, at best, but successful nonetheless. It was at this point that religious leaders tacked the birth of Jesus onto the last day of the celebration.

The celebration was first called the Feast of the Nativity and, becoming known as Christmas, spread all the way to Scandinavia by the end of the sixth century. In the Greek and Roman Orthodox churches, the birth of Jesus is celebrated 13 days after December 25, which is when it is believed the three wise men first found Jesus.

With the coming of Oliver Cromwell, a member of England’s parliament and an outspoken Puritan, religious reform took over Europe. In his goal of ridding the land of decadence, he canceled Christmas celebrations. Charles II was soon after restored and brought back the celebration of Christmas.

MORE: What is the history of Christmas from a non-religious perspective?

Christmas was not declared a federal holiday until June 26, 1870

St. Nicholas, or Santa Claus, began to be associated with Christmas around the world during this time and became the familiar figure we know today in the United States in the 19th century. He was modeled after the real St. Nicholas, or Nicholas of Bari, a minor saint in the fourth century. His reputation for generosity and kindness became the religious impetus for this figure so closely associated with Christmas.

Americans began to embrace Christmas in the early 19th century. Over time, as this holiday began to be embraced by Americans as the perfect family holiday, celebrants began to look to old religious customs of the Catholic and Episcopalian churches to see how the day should be appropriately celebrated.