The history behind our Christmas traditions 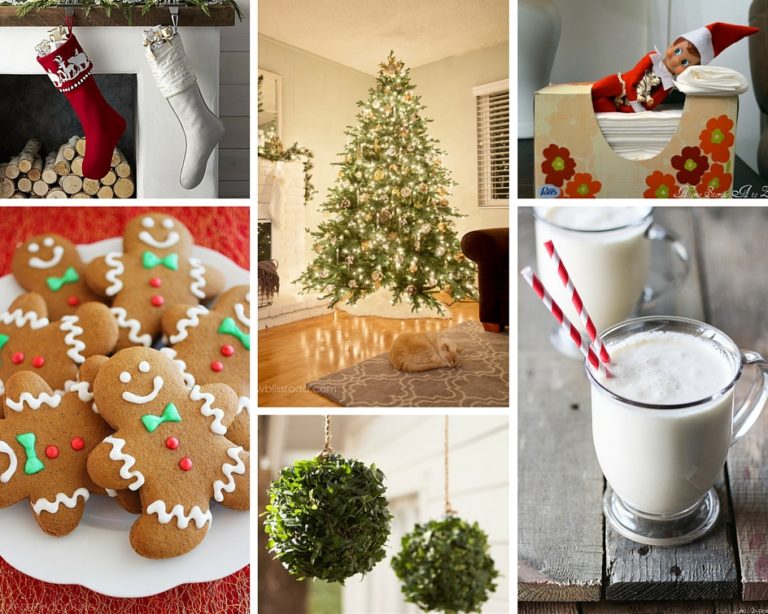 Do you ever wonder why we celebrate certain Christmas traditions? For example, why do we stuff stockings with fruit and treats and why do we enjoy a boozy beverage made of eggs?

All of these fun and festive holiday traditions had to start somewhere! Below, read up on where your favorite Christmas traditions originated.

Why do we decorate fir trees?

The fir tree became a symbol of Christianity in Germany almost a millennium ago when St. Boniface, who is known to have converted Germans to Christianity, noticed pagas worshipping an oak tree. He promptly cut the tree down in anger, and to his wonder a fir tree sprouted from the oak tree’s roots. St. Boniface took this to be a sign of Christianity. However, it wasn’t until the 16th century that fir trees were decorated and used to celebrate Christmas. It’s rumored that Martin Luther began this beloved tradition one chilly Christmas Eve when he was awestruck by the beauty of small snow-covered evergreens sparking in the moonlight. When he reached his house, he brought a little fir tree indoors and adorned it with candlelight so his kids could also enjoy its beauty. Get tips on why to decorate your tree at Yellow Bliss Road. 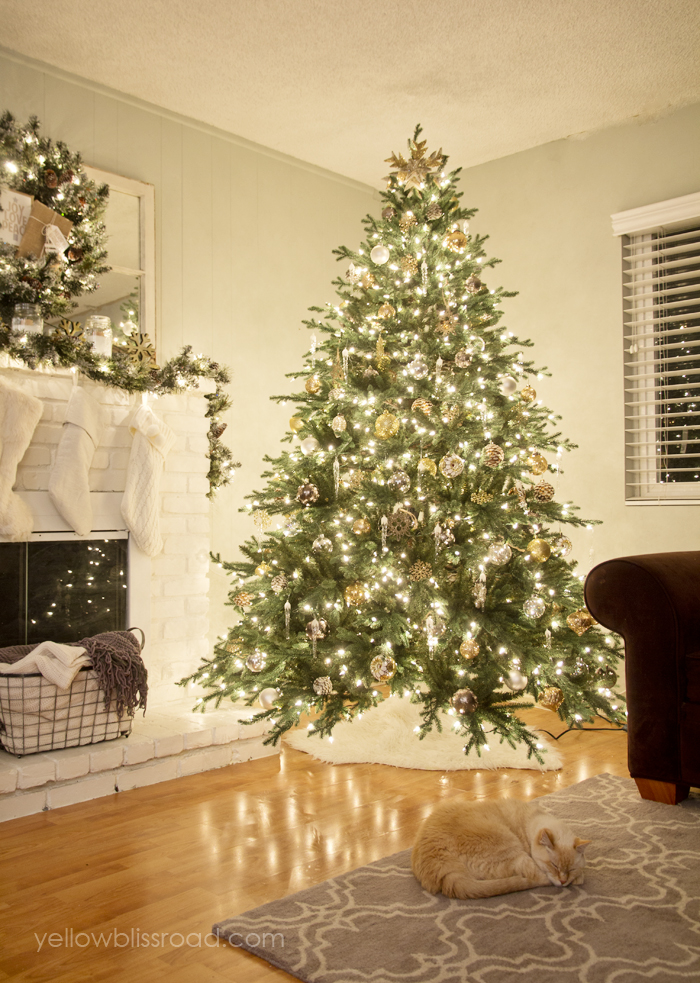 Modern Christmas cookies can trace their history back to Medieval European biscuits that were flavored with spices such as cinnamon and ginger and other goodies like almonds and dried fruits. Gingerbread is a special Christmas cookie that Americans really only enjoy during Christmastime and it originated during the Crusades when sugars and spices were brought back to Europe. Thought it wasn’t until Queen Victoria and Prince Albert added gingerbread cookies to their Christmas traditions that they became symbolic of the holiday season. Get the recipe for these adorable spiced gingerbread men at The Comfort of Cooking. 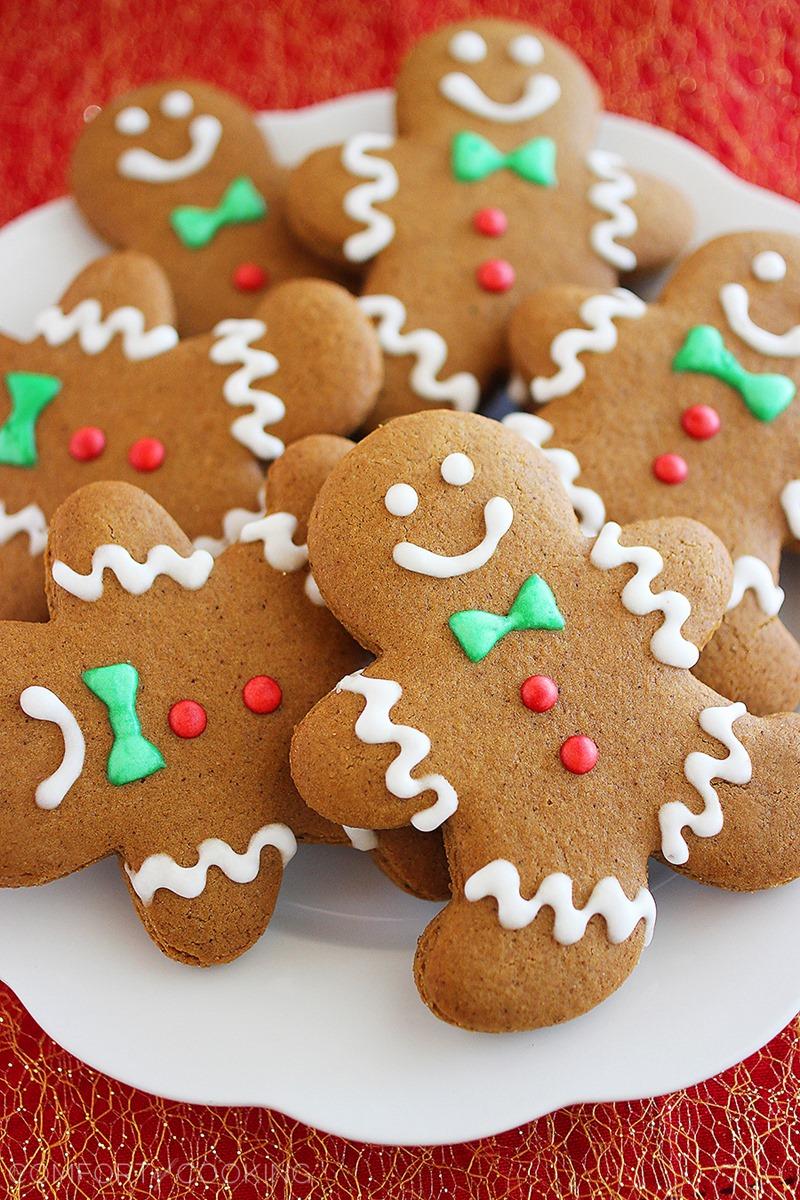 Why do we toast with a glass of eggnog?

While it’s not certain, most historians agree that eggnog was derived from the early medieval British hot, milky, ale called a “posset.” By the 13th century, a posset was popular among monks who would enjoy it with eggs and figs. Because foods like milk, eggs, and sherry were considered for only the wealthy, eggnog was often used to toast to “prosperity and good health.” Eggnog became associated with the holidays when it came to America in the 1700s—where chickens, cows, and cheap rum were abundant. It’s presumed that “nog” comes from “noggin,” meaning a wooden cup, or “grog,” a strong beer. Get festive with a homemade mug of eggnog—recipe at No. 2 Pencil. 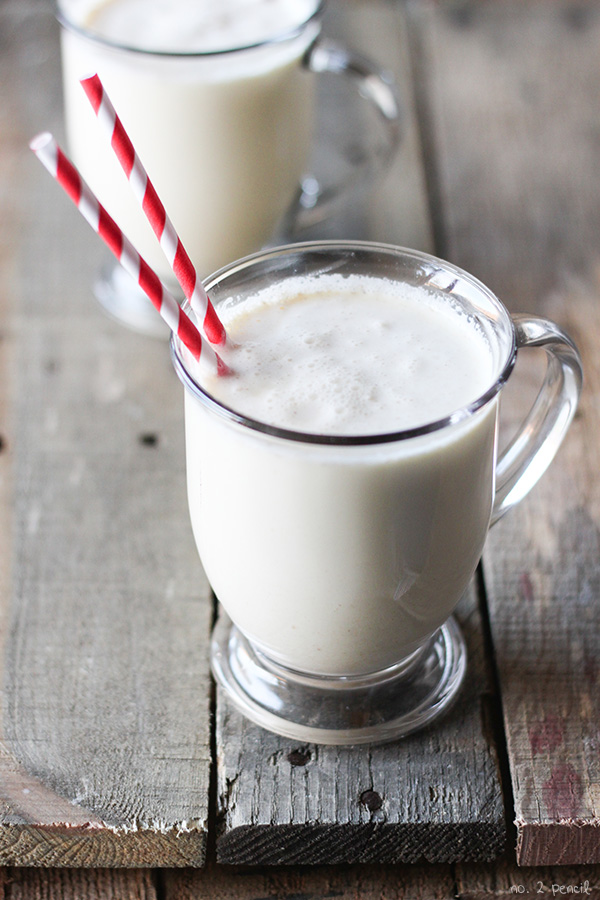 Where does the legend of Santa Claus come from?

There once was a monk named St. Nicholas born sometime around 280 A.D. in present-day Turkey who was admired for his compassion and generosity. Legend has it that he graciously gave away all of his inherited wealth and traveled far and wide to help the poor and sick. This story kept evolving until we got to the red-suited, fat, white-bearded, jolly man we know as Santa today.

Why do we gift fruitcake?

During the Roman times, fruitcake was made with pomegranates, pine nuts, and raisins. During the Middle Ages honey, spices, and preserved fruits were added to the rich and heavy loaf. It’s reported that crusaders and hunters packed fruitcake with them on their voyages. In 1700s Europe, a fruitcake was baked in celebration at the end of the nut harvest and saved and eaten the next year to celebrate the start of the harvest, with the hope that it would bring another successful year. During the Victorian Era, Queen Victoria is said to have only allowed herself to enjoy fruitcake once a year on her birthday to show restraint. This may be why we only eat the dense cake at Christmastime today. So if you’re going to eat fruitcake, make the world’s best fruitcake recipe from Blogging Over Thyme. 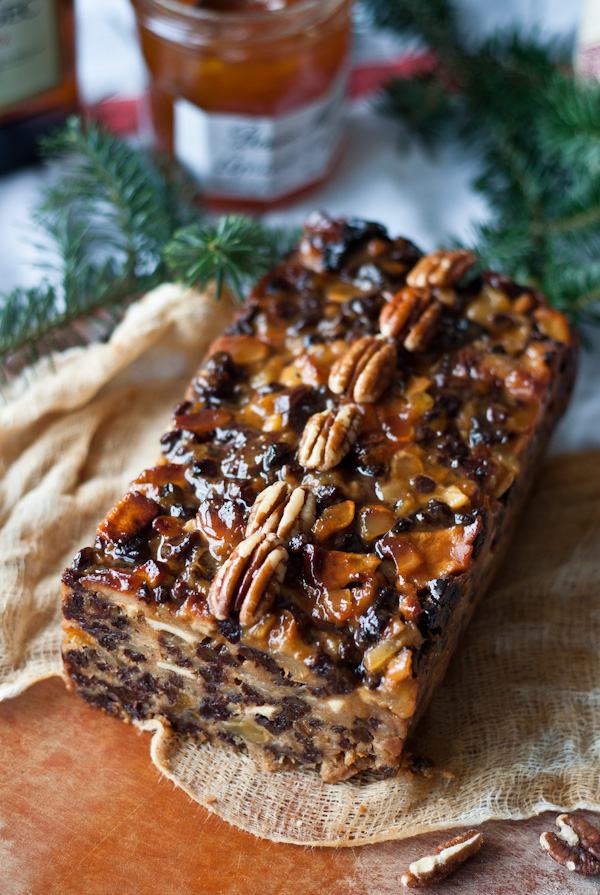 Why do we stuff stockings with candy and goodies?

One legend of the Christmas stocking goes back to the story of Saint Nicholas overhearing an old man lament over the fact that he had no money to get his three daughters married, and he was worried about what would happen to them when he died. Saint Nicholas wanted to help, but knew that the old man wouldn’t accept charity so he waited until sundown when all the villagers were asleep. After dark, he tossed three gold balls through an open window into stockings that were hung by the fireplace to dry. When the old man and his three girls awoke the next morning and discovered the gold, they couldn’t believe their eyes. The man’s daughters got married and lived happily ever after.

This story led to the custom of children hanging up socks overnight and anxiously awaiting gifts from Saint Nicholas. Eventually, special Christmas stockings were created for to be stuffed with goodies in lieu of socks. Stock up on beautiful stockings at Crate & Barrel. 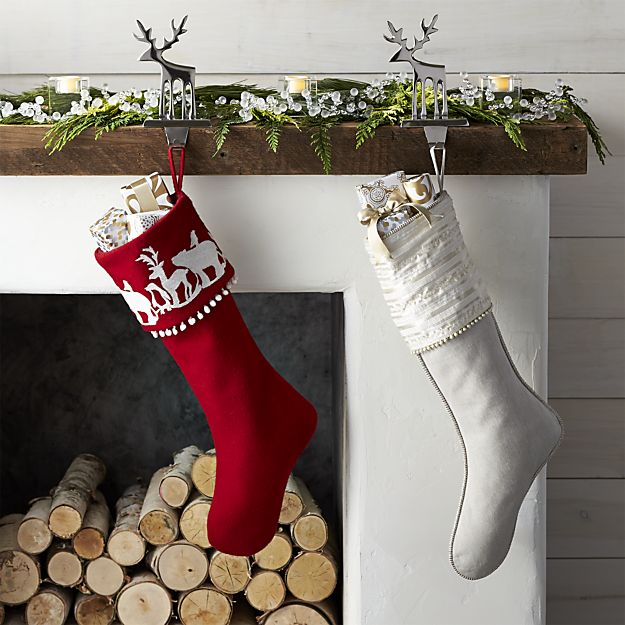 Why are we so obsessed with holiday movies?

Viewing lots of holiday films and special television programming tends to be a typical American pastime thought to get people into the holiday spirit, and provide a cozy activity in the colder months. The first Christmas movie ever made is titled “Santa Claus”by George Albert Smith and contains the first depiction of Santa on film.

Favorite holiday movies in the U.S. include classics such as A Charlie Brown Christmas,  It’s a Wonderful Life, Miracle on 34th Street, A Christmas Story, Home Alone, Rudolf the Red-Nosed Reindeer, How the Grinch Stole Christmas, Elf, and The Holiday. And every year Hollywood releases a blockbuster film or two during Christmastime, hoping to add a new favorite to the list of classics.

Why do we kiss under the mistletoe?

There are many different legends that tell the history of the mistletoe. But our favorite is the story of Baldur, grandson of the Norse god Thor, who was paranoid that every plant and animal on the earth wanted to kill him. Every day Baldur cowered in his room, filled with fear, and would take no consolation from his wife or mother. Finally, his mother and wife asked every living thing to spare Baldur. Except for the one thing they forgot to ask: the mistletoe.

When every living thing agreed to leave Baldur in peace, he began to celebrate his freedom from torment when he felt a pain in his chest. He had been stabbed and killed by Loki, the god of mischief, with an arrow made from the wood of a mistletoe plant! Thereafter, a lesson was learned: Never forget about the mistletoe. Since then, we kiss under the mistletoe to remember what Baldur’s wife and mother forgot.

However, it wasn’t until the 18th or 19th centuries that the British started hanging mistletoe as part of Christmas celebrations as a symbol of romance for the love between Baldur and his wife. To get in on the tradition, head over to Pottery Barn for your very own live ivy kissing ball.

Why do we go Christmas caroling?

While it may be common to see carolers singing in shopping centers, the tradition of Christmas caroling door-to-door is dying—though it was a lot more popular when Baby Boomers were kids. Caroling as we know it was born during the Victorian era. The Victorians delighted in this form of musical entertainment, with the first significant collection of carols published by William Sandys in 1833 and including “God Rest You Merry, Gentlemen” and “The First Noel,” which are still sung today. Other popular Christmas caroling songs include “Jingle Bells,” “Silent Night,” and “O Come All Ye Faithful.”

Why do we have an Elf on the Shelf?

A fairly new Christmas tradition in the U.S., Elf on the Shelf began in 2005 as a children’s rhyming book, written by American author Carol Aebersold and her daughter Chanda Bell, and accompanied by an elf doll. The book tells the story of how the elf—which the children have to name—watches the kids each day to take note if the are are naughty or nice and reports back to Santa Claus every night at the North Pole after the children go to sleep. The elf reappears every day leading up to Christmas Eve in a new location to watch the kids once again. For fun ideas for your Elf on the Shelf, visit Home Stories A to Z. 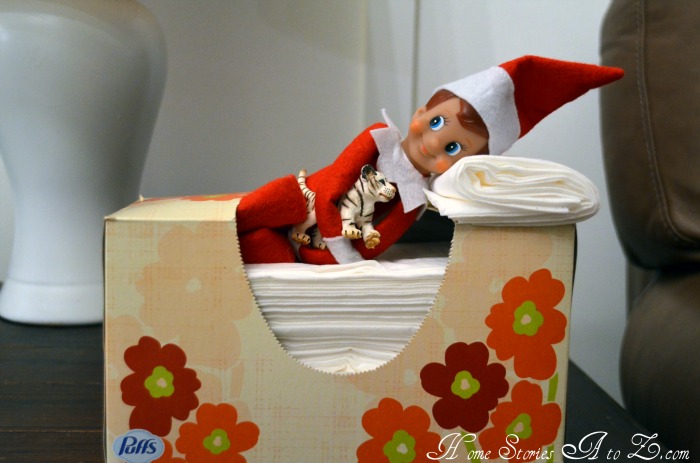