A recipe inspired by Divas Can Cook 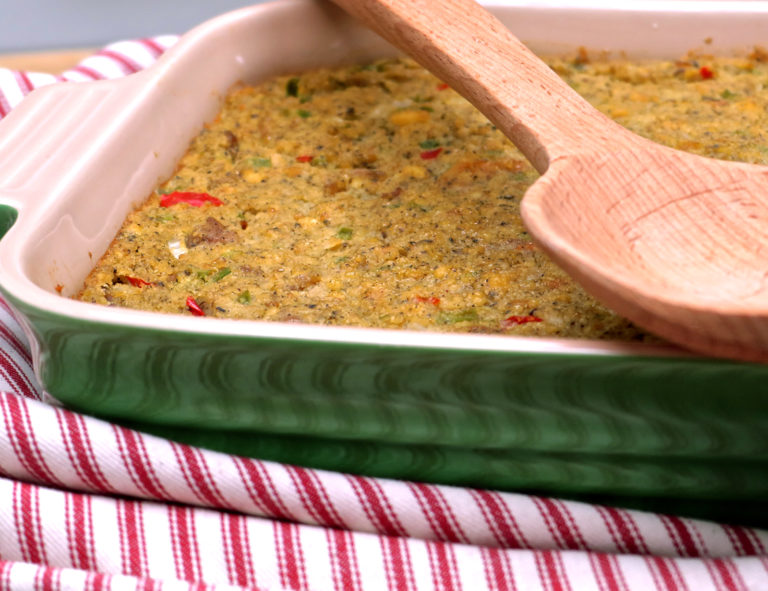 A few dishes are required on every American Thanksgiving table. Turkey, of course, is the star of the show. Next, you must have green bean casserole, sweet potato casserole and cranberry sauce. And no holiday would be complete without cornbread dressing.

Dressing comes in an endless array of varieties and has been around for many years. Americans can’t seem to agree on the ingredients or even the name of this iconic dish, though. If you grew up in the South, you called it dressing, and you probably enjoyed it made from cornbread — or maybe from leftover biscuits.

But of course, it’s not called dressing everywhere. If you’re from the Midwest, like me, you called it stuffing, and it was usually made from cubes of white bread, seasoned and combined with tasty things like onions and celery, and cooked inside the turkey. Many Northerners refer to it as filling and enjoy it with seafood additions, such as oysters and clams. 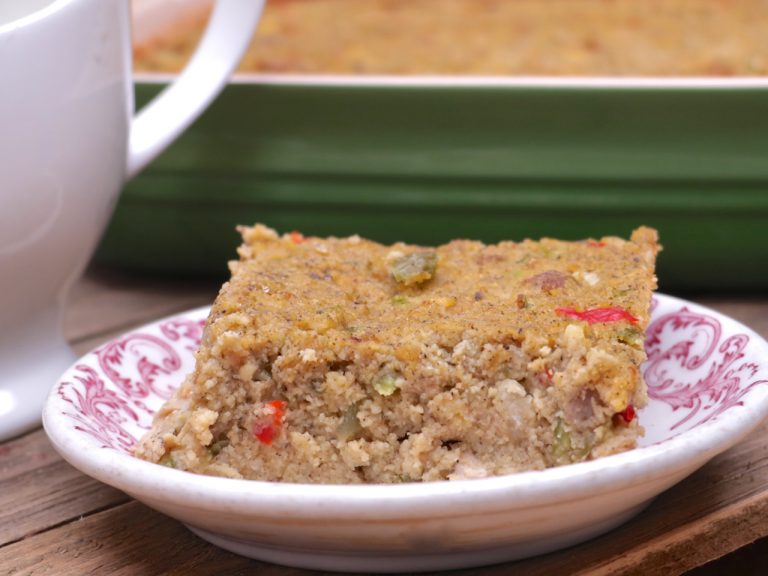 Dressing was probably created as a way for thrifty cooks to use up old bread and other tasty leftover tidbits found around the kitchen. According to the History channel, dressing as we know it was probably not served by the pilgrims at their first feast; instead, their poultry might have been filled with wild rice, which was abundant in the area. Throughout the years, cooks have been creative with their fillings, using anything available to them — from mashed potatoes to chestnuts to apples.

Monique’s stuffing is made in the classic Southern style and brings you a savory flavor that you cannot get from a box.

She starts with made-from-scratch cornbread, baked with real butter and buttermilk to give a tasty, crumbly base. Next, she sautées some onions, along with green and red bell peppers, in more butter, to add a flavor punch and some festive pops of holiday color. Then, she adds chicken thighs and sage to create cornbread stuffing Nirvana.

She bakes it up until it’s crispy and golden-brown on top and moist inside — the perfect side dish, no matter what you call it! 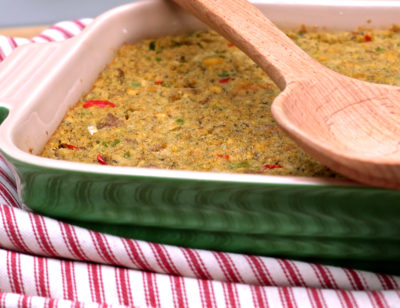 Get the directions from Monique at Divas Can Cook!