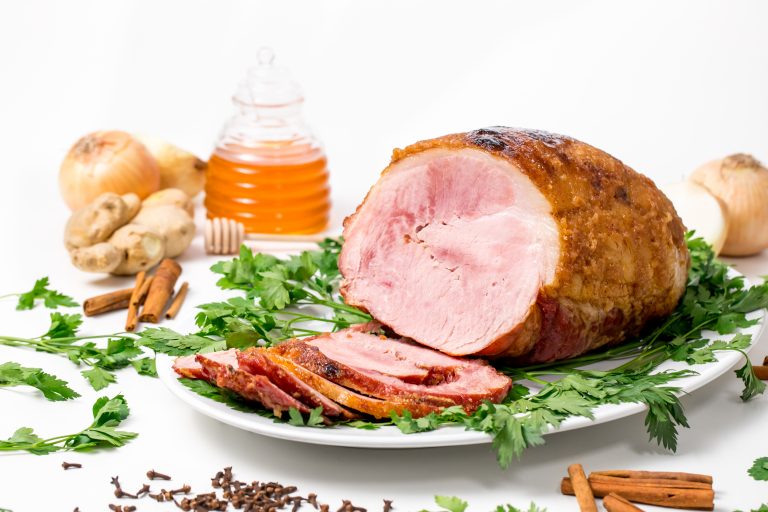 Does the mere thought of juicy slabs of a Honey Baked Ham have your mouth watering for your holiday dinner? Then get your dinner table ready! We have a succulent surprise of a recipe for you from The Chunky Chef.

It’s true that the wildly popular Honey Baked Ham is a fail-proof way to feed your family and friends an impressive holiday meal. But the world-famous hunk of meat will set you back at least $65 for a 7-pound half ham. If you have it shipped to your doorstep, tack on another $15. Why pay big bucks when you can make your very own honey-baked ham that rivals the legendary yet high-priced alternative? Our easy copycat honey-baked ham recipe will have your holiday guests clamoring for extra slices of juicy homemade ham and begging you for the recipe.

ALSO TRY: This extremely easy brown sugar bourbon slow-cooker spiral ham will save you time and delight all your dinner guests

Buying a half ham or whole ham for Christmas or Easter is an investment, regardless of where you buy it. We’re here to help you buy the best ham for this recipe. Forgo bargain hams that are labeled “water-added.” Instead, opt for meat that is labeled just “ham” or “ham with natural juices.” The latter options have a superior texture and flavor compared to cheaper meat. We also recommend choosing a ham half that is shank-cut because the shank is easier to carve. An even easier option, of course, is purchasing a spiral-cut ham, which is pre-carved. Just make sure that the spiral ham that has no prepackaged glaze on it since you’ll be making your own.

Baking a ham is an easy affair: the oven does most of the work for you!

The secret that makes this copycat honey-baked ham recipe so indulgently memorable — and as tasty as the real deal — is the sweet and spicy crackling glaze. It transforms your ordinary baked ham into an amazing holiday meal that makes your family and friends take notice.

Prepare ham for the oven

To prepare your ham for the oven, position the oven rack to the lower third position. Line a roasting pan with an extra large piece of foil that extends beyond the pan and set a roasting rack in the pan. Position your ham flat-side down in the rack and brush all over with a melted butter and honey mixture. Cover ham completely and tightly with foil and bake at 275F for 12 to 15 minutes per pound. You want the ham to be hot inside and out. 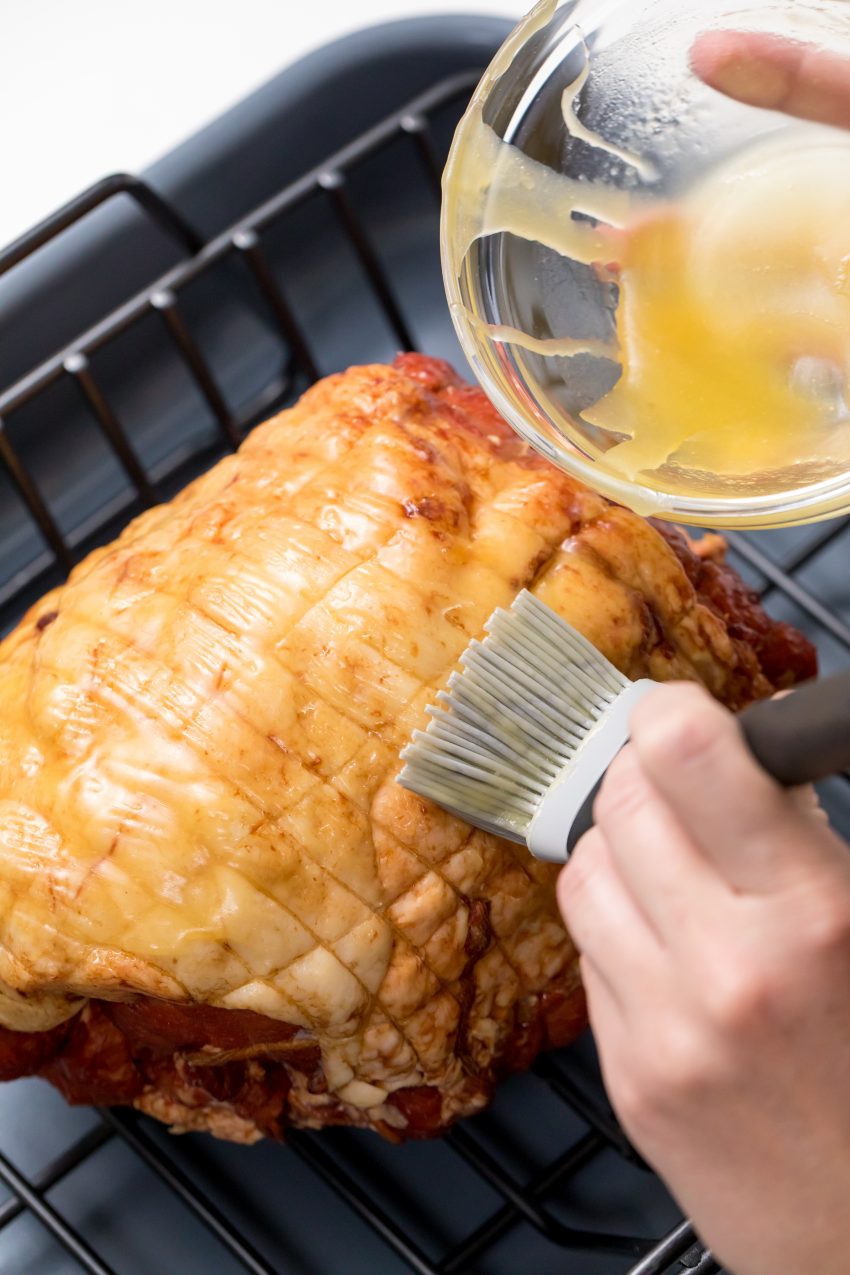 Go for the glaze

In a small saucepan, combine sugar, salt, onion powder, and the warm holiday spices. Stir in three tablespoons of ham juices from the bottom of the roasting pan. Bring the sauce to a boil. Brush this hot glaze all over the ham. Place the ham under the broiler and allow the high heat to caramelize the glaze. Note that the glaze cooks quickly and needs only a minute or two to become magically delicious. 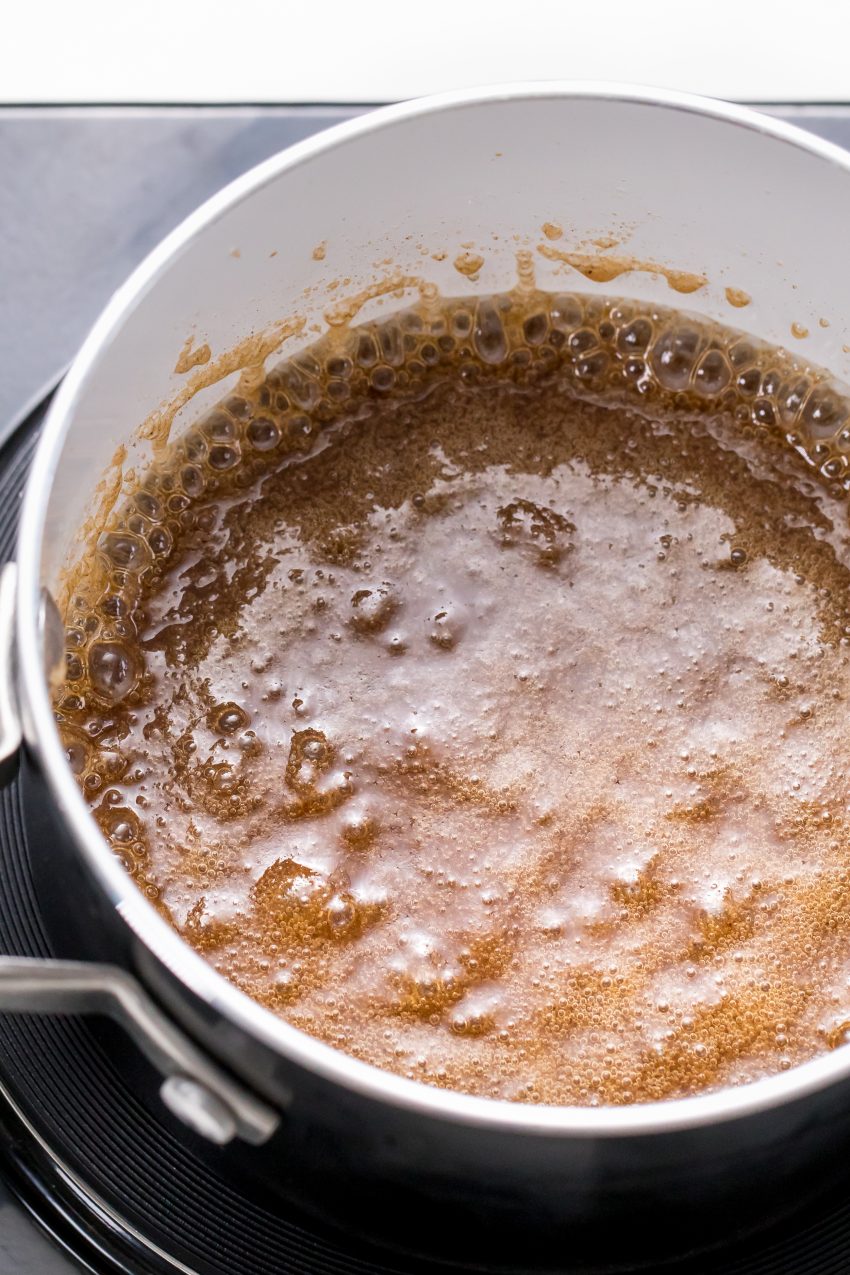 Finish with a glaze

Remove the foil and brush glaze over the top and sides of the ham. Place ham under the broiler for one to three minutes. It will burn quickly so watch closely. 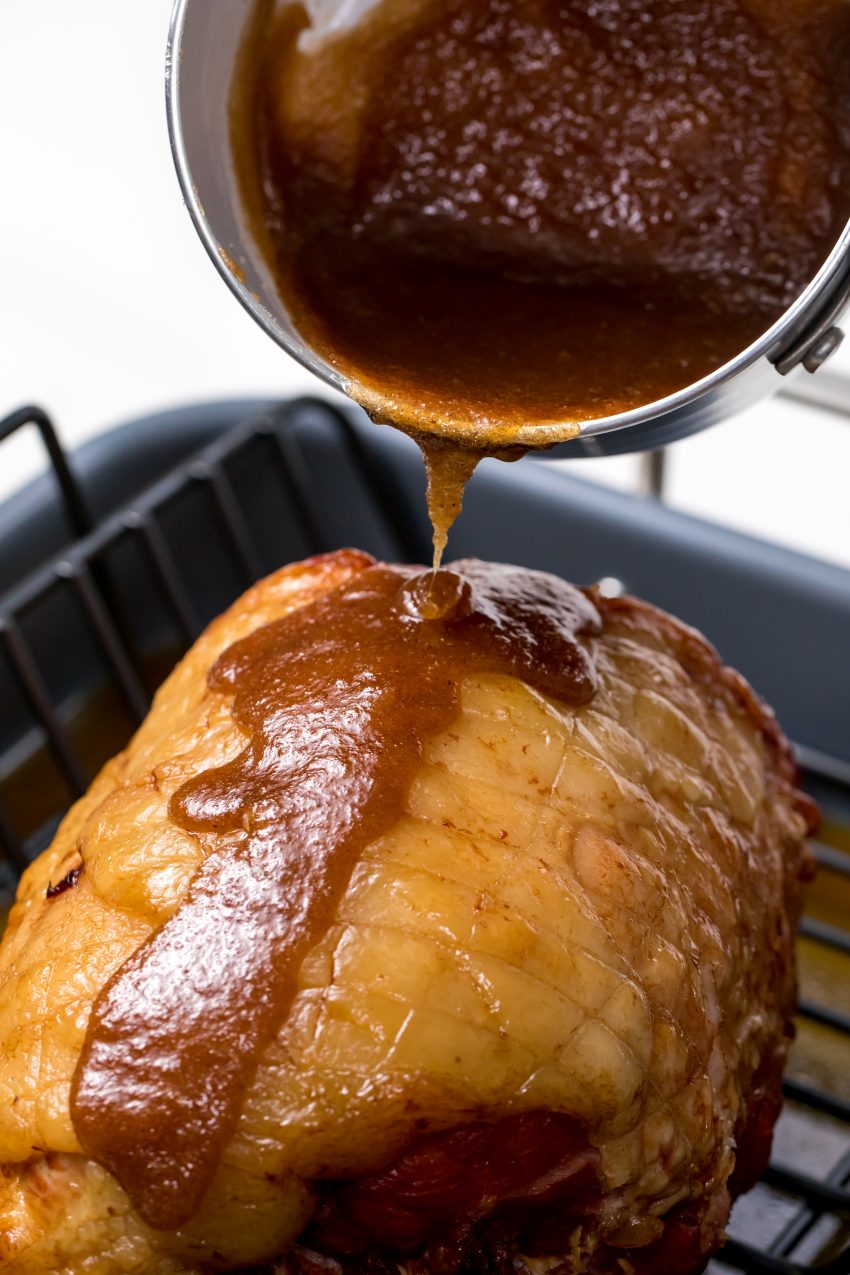 Give it a rest

Your ham needs a short rest to allow the ham juices to redistribute throughout the meat. If you’re going to serve it hot, generously carve the ham into slices and lay it on your guests’ plates, drizzling with any extra sauce. Upon first bite, you’ll see that this copycat Honey Baked Ham recipe is a lip-smacking good holiday crowd pleaser. 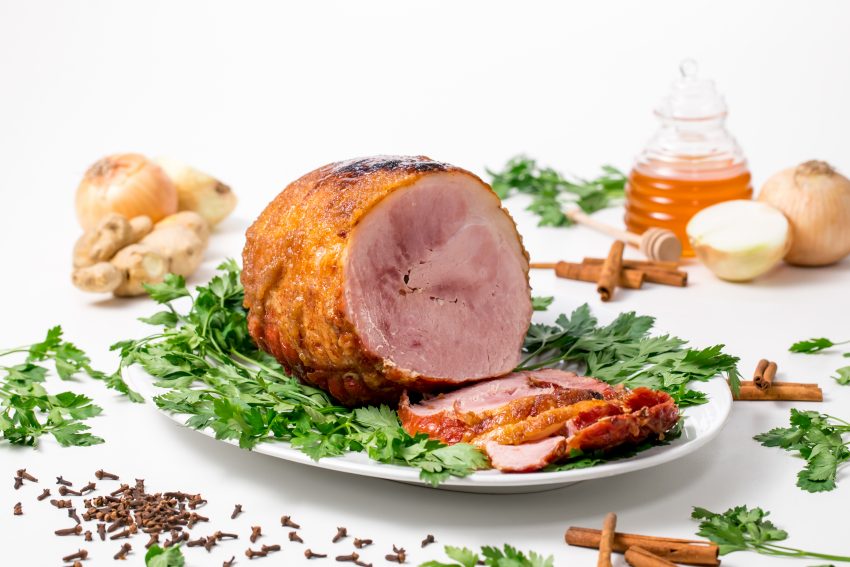 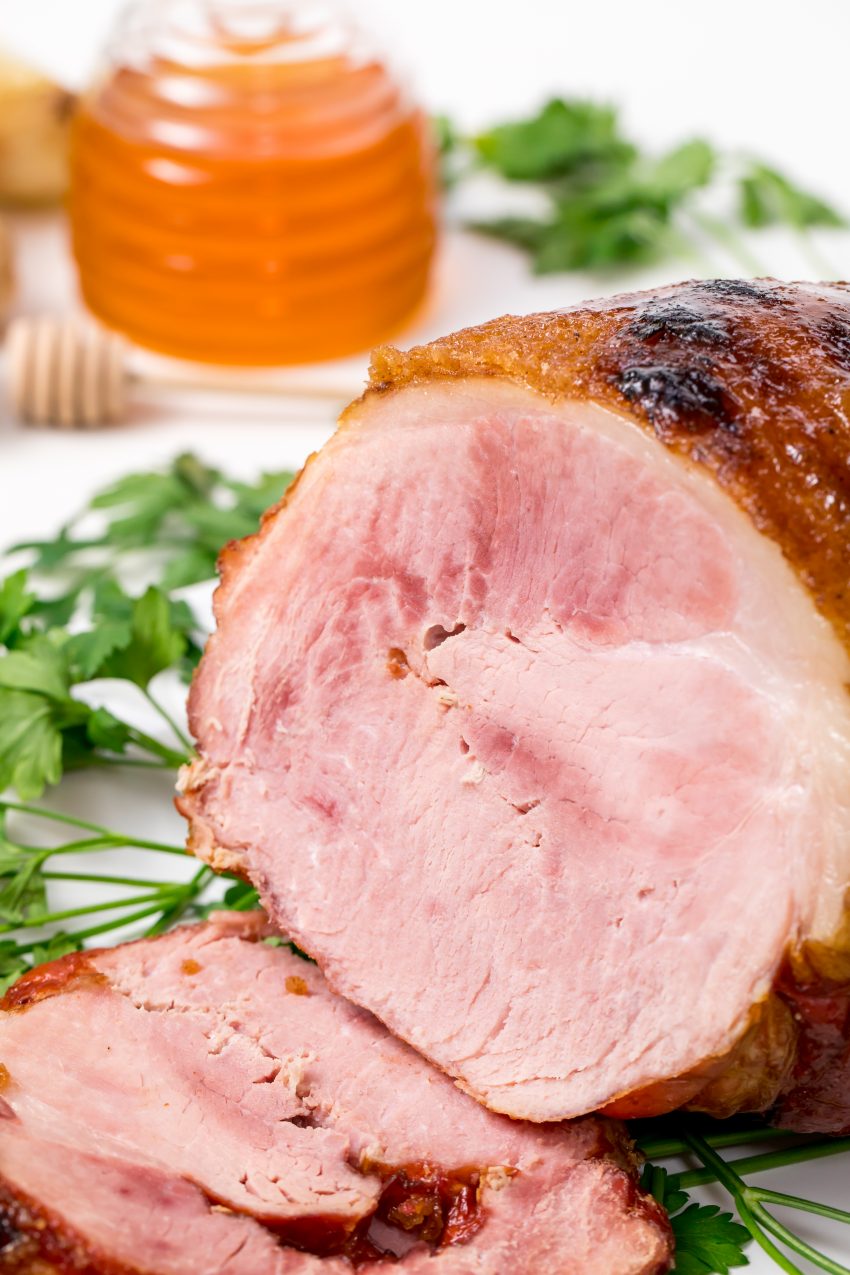 A crackling spiced sugar glaze that will have everyone asking how you did it! 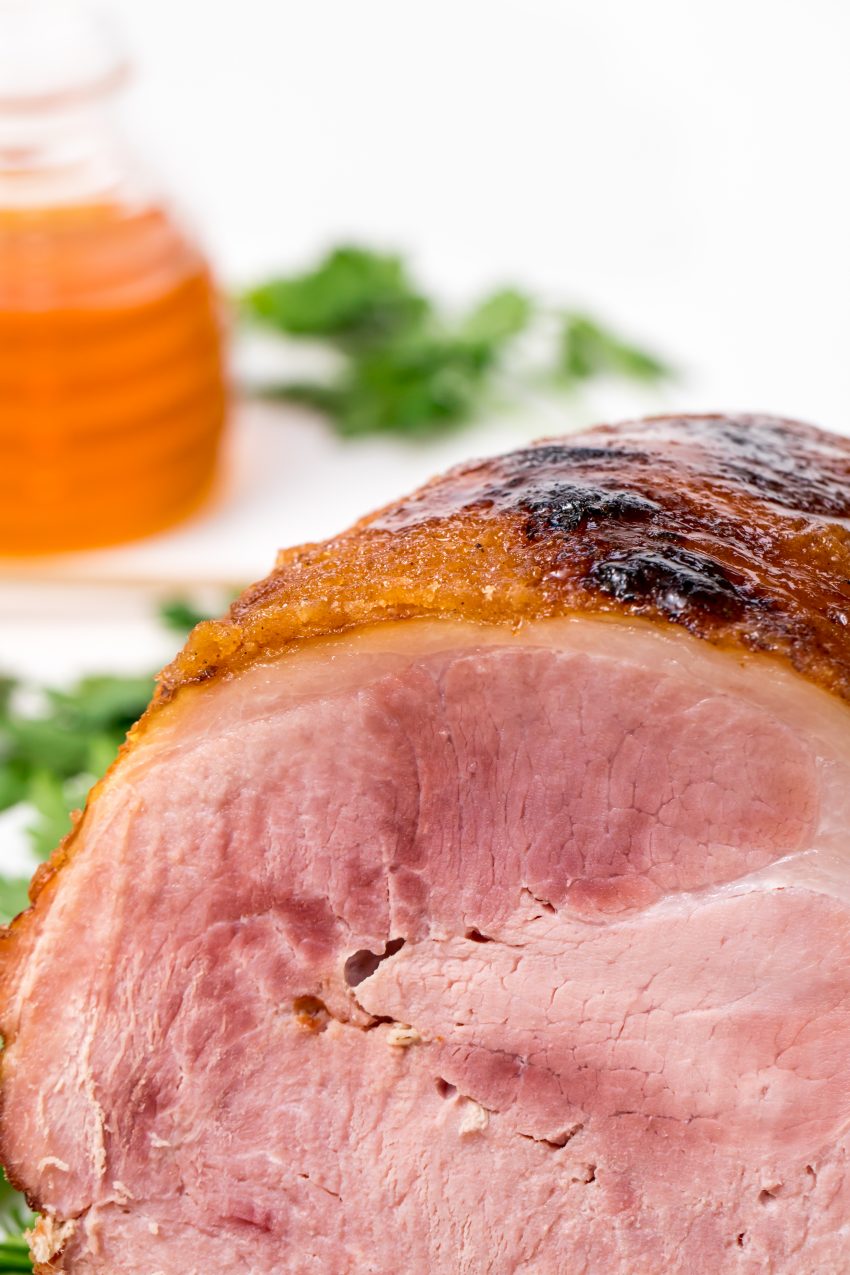 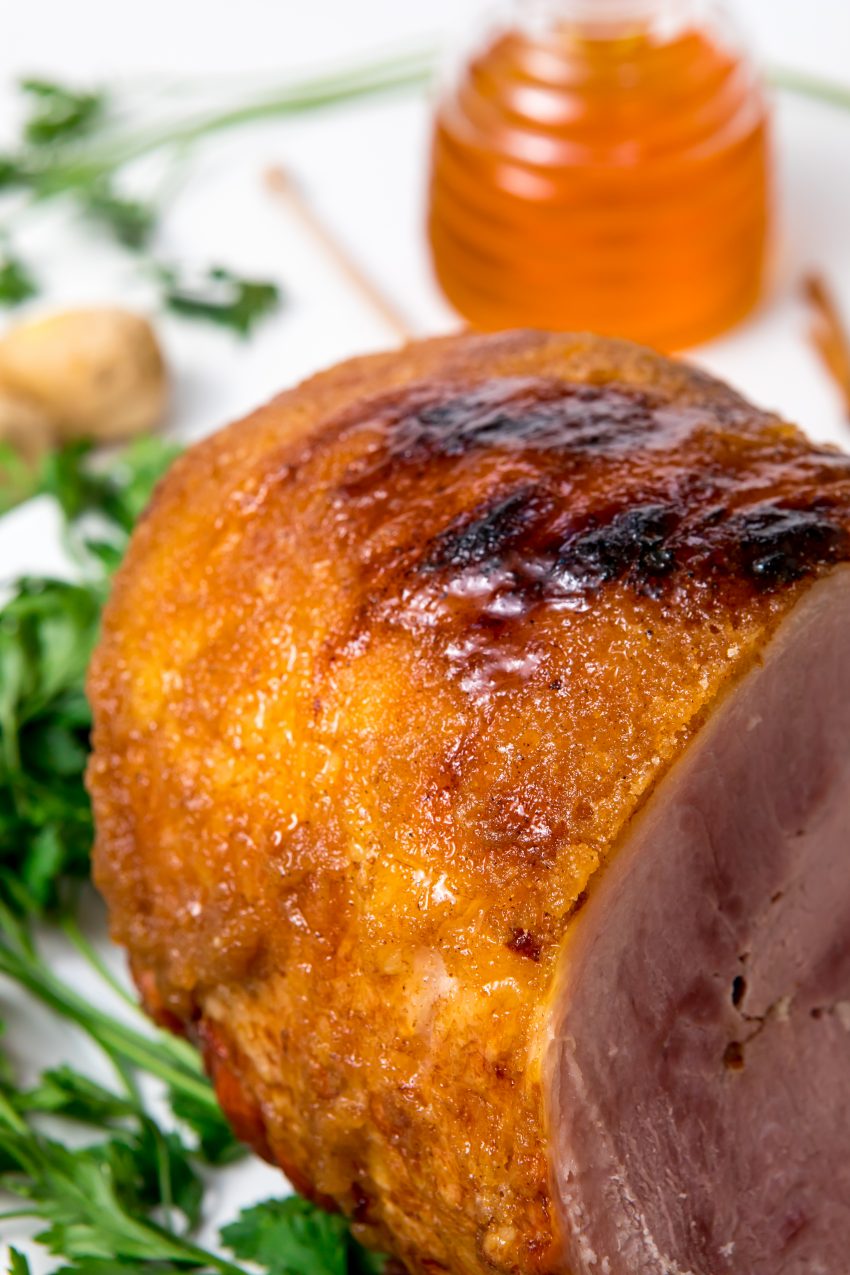 Caramelized sugar and smokey ham are the perfect combo! 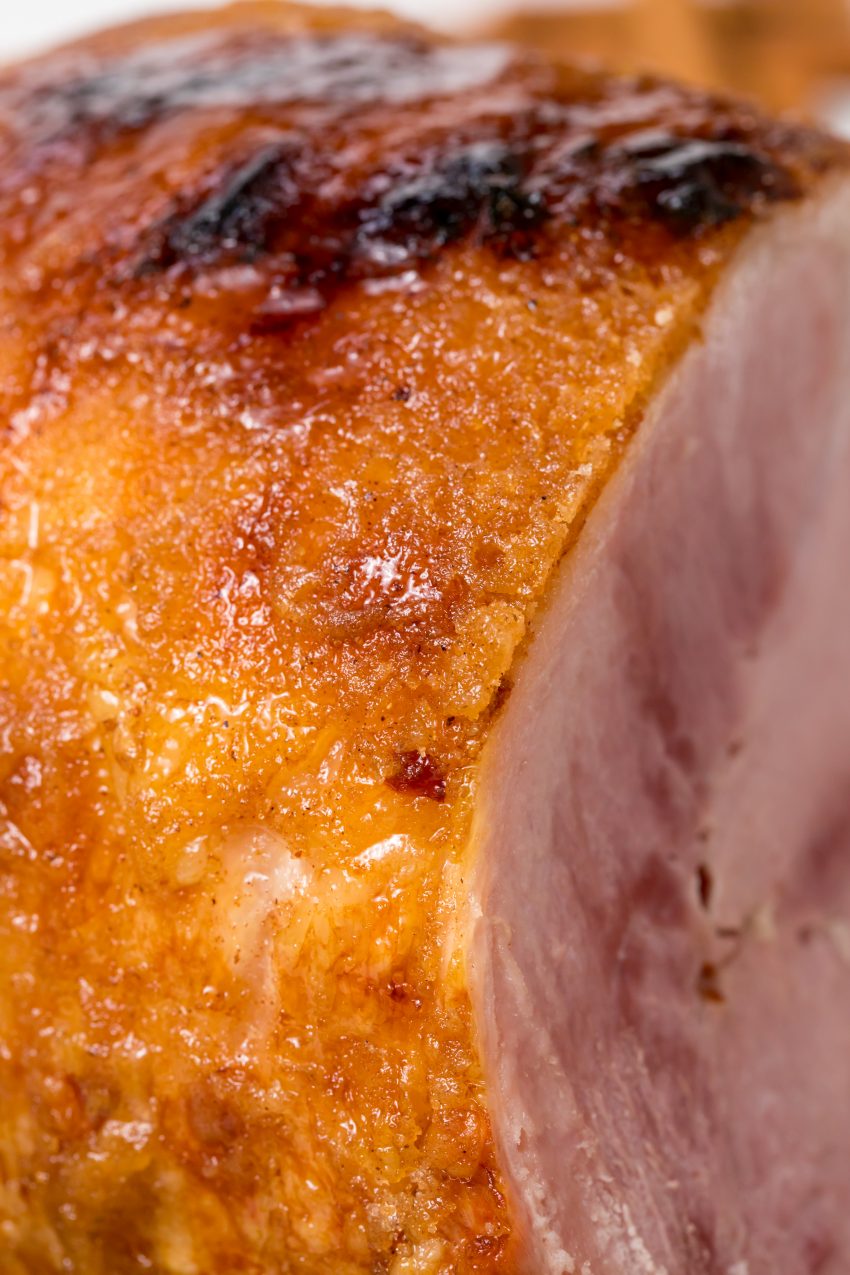 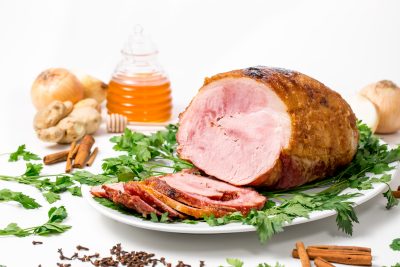 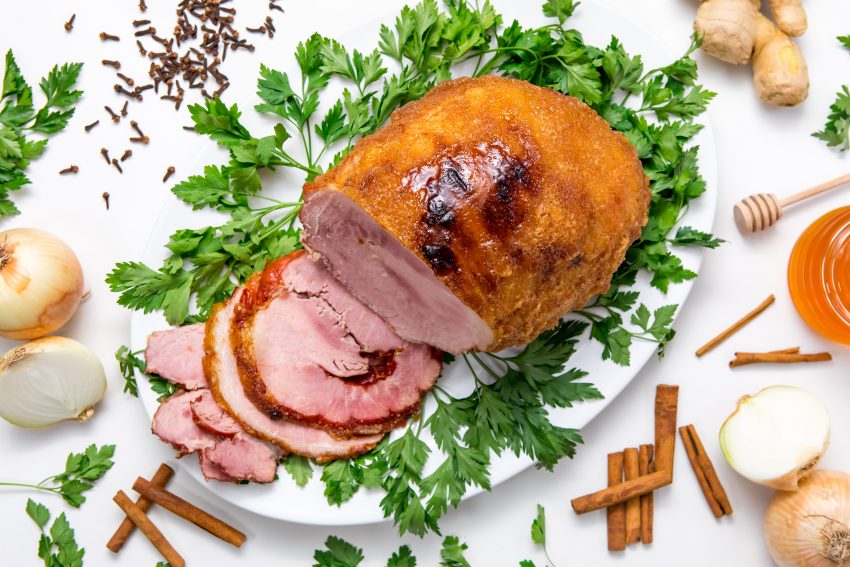