As the saying goes, “Everything old is new again.” That’s certainly the case for the Moscow Mule. This spicy, sparkling cocktail served in iconic copper mugs has seen a resurgence in popularity, and we say it’s about time! Copper mugs seem to be everywhere now, and new flavor variations are popping up left and right.

Most fans of this fizzy drink, however, probably don’t know about the serendipitous meeting that led to its creation.

As the story goes, in 1941, young Sophie Berezinski was going door-to-door in Los Angeles, trying to sell 2,000 copper mugs she’d brought from her father’s factory in Russia. Unfortunately, she had found no buyers. She walked into the Cock ‘n Bull, a bar where two men were sharing their own tales of sales woe.

The first was John Martin, owner of Smirnoff Vodka; the second was bartender Jack Morgan, who brewed his own ginger beer. Neither vodka or ginger beer were popular drinks of the time. The trio spent the afternoon experimenting with different combinations of ingredients to create the perfect new cocktail.

The result was a bubbly, sweet-tart drink with a kick of vodka, served in a copper mug.

Our Moscow mule recipe is a tribute to the three innovators who brought us this thirst quencher. We’ve added sweet, savory basil to the original ginger, citrus and vodka tastes for a freshly different version — but the copper mug is a classic non-negotiable. 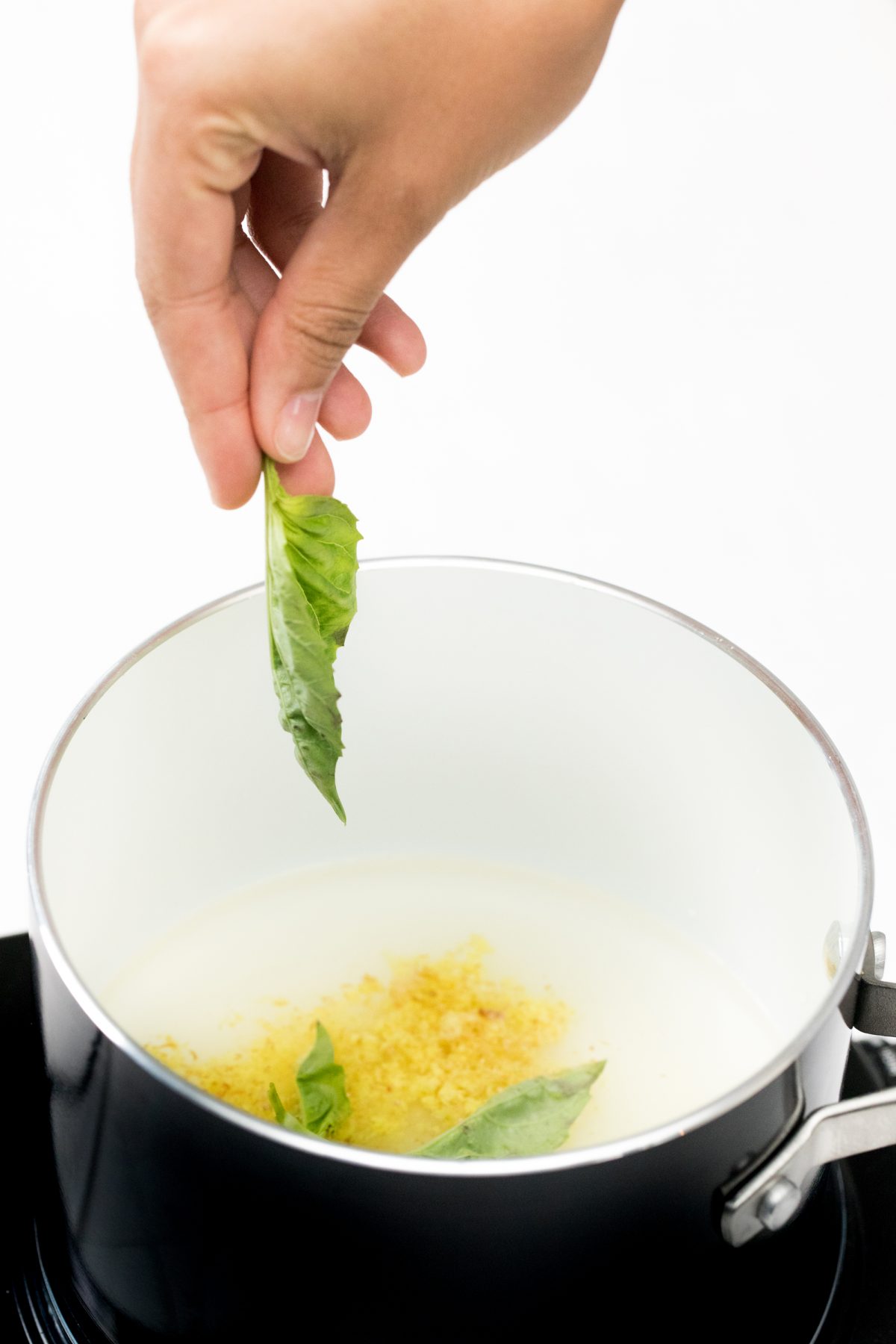 Once it comes to a boil, let it simmer for a bit and then strain out residual basil & sugar. 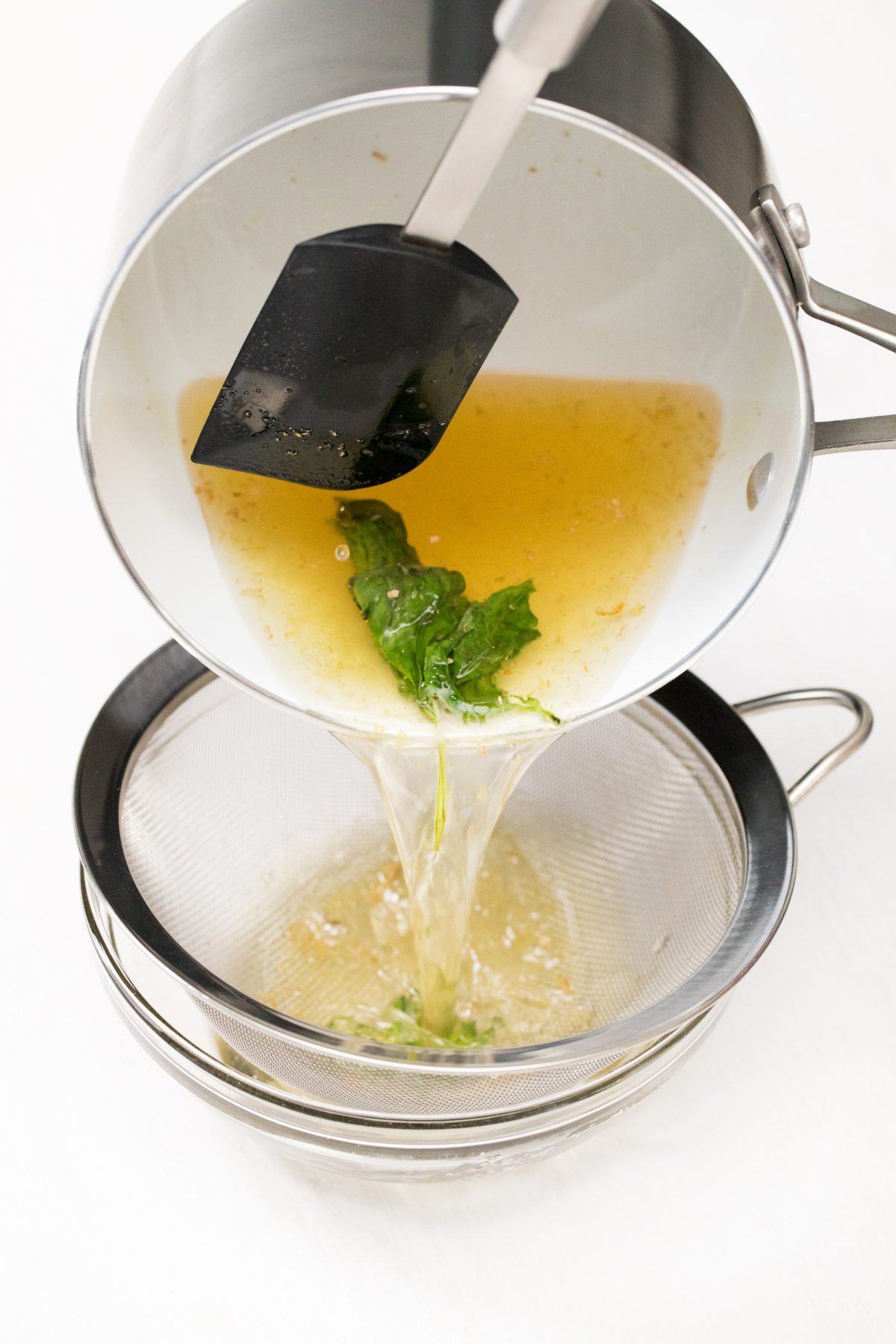 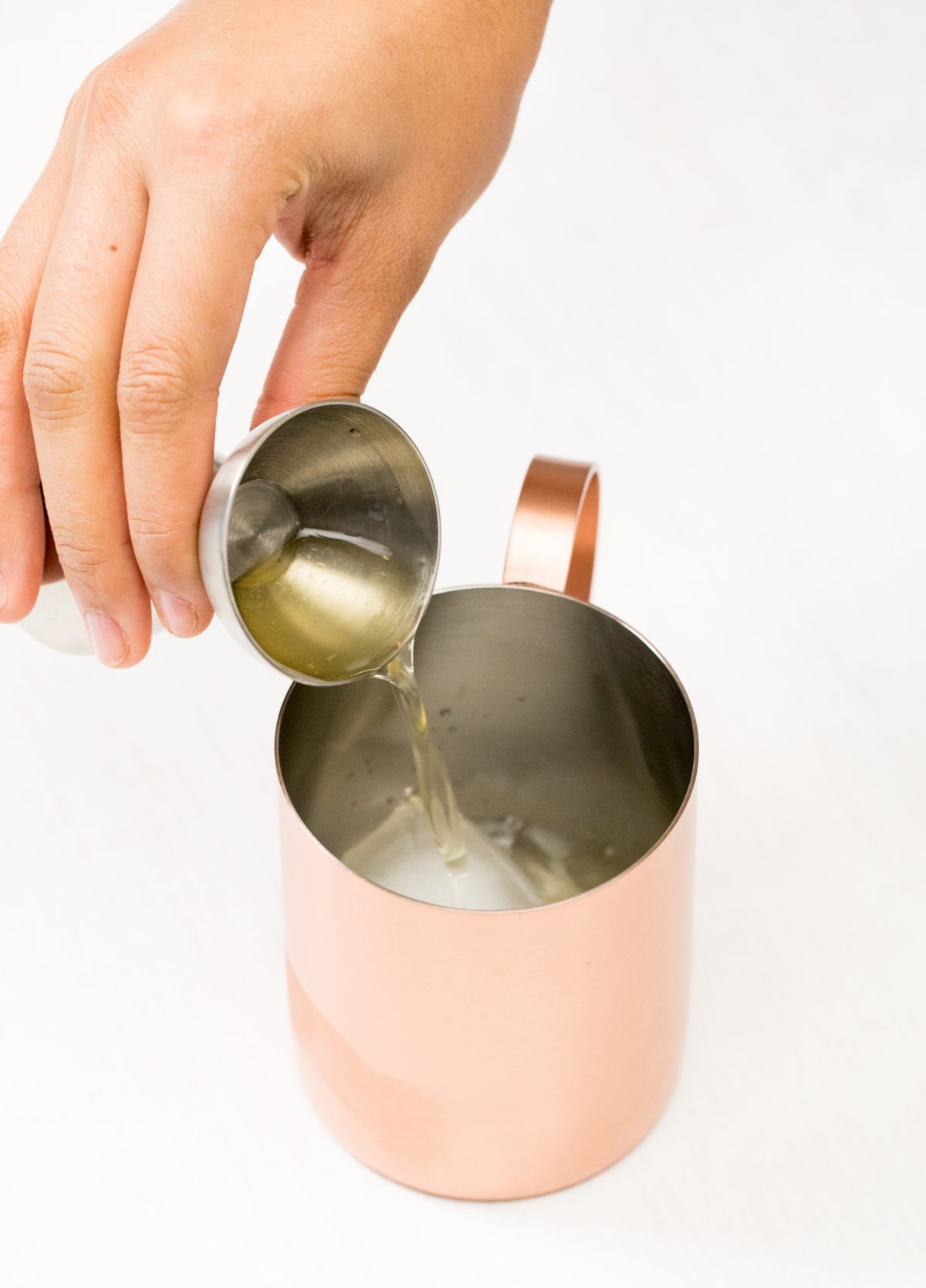 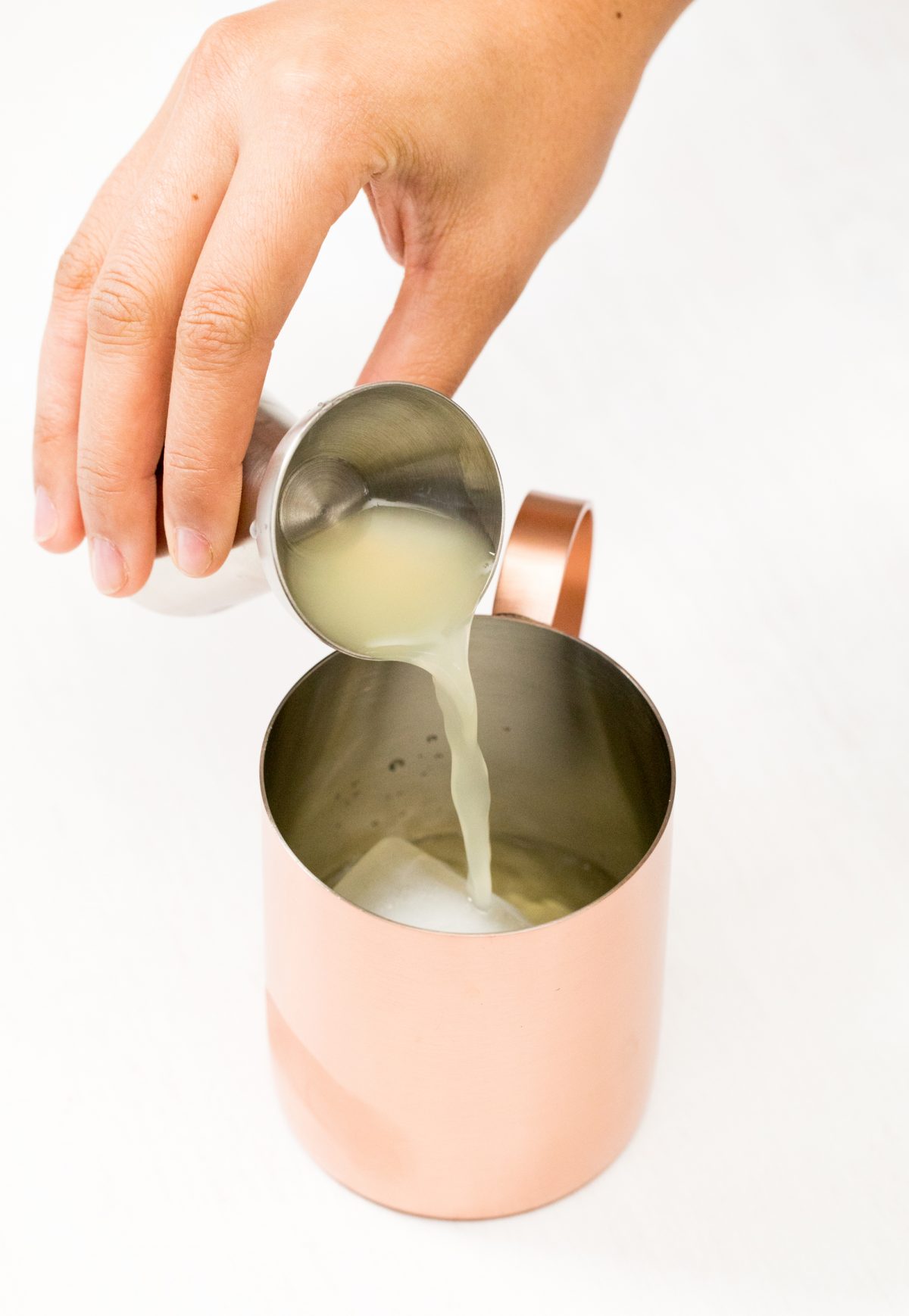 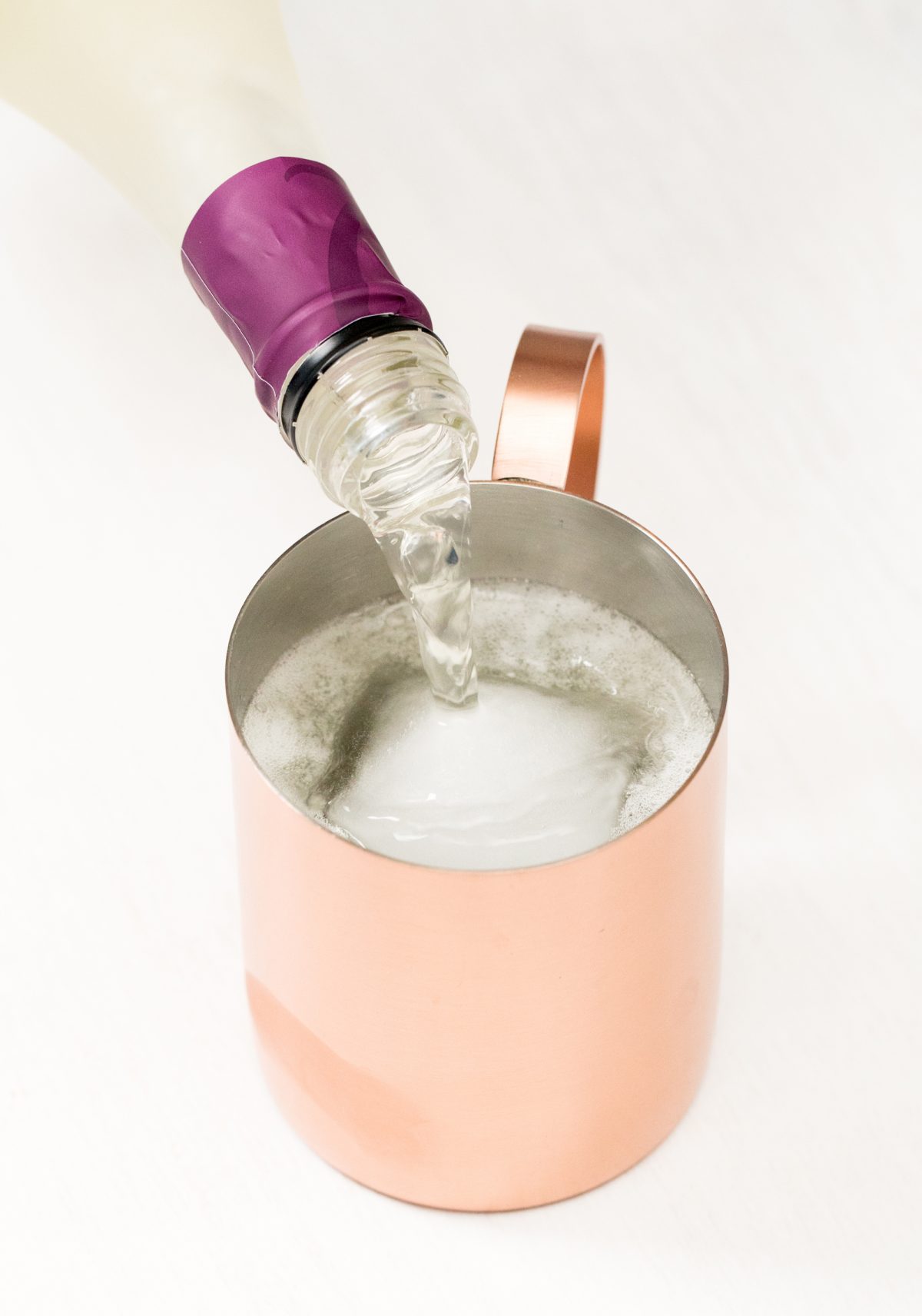 Garnish with basil and enjoy! 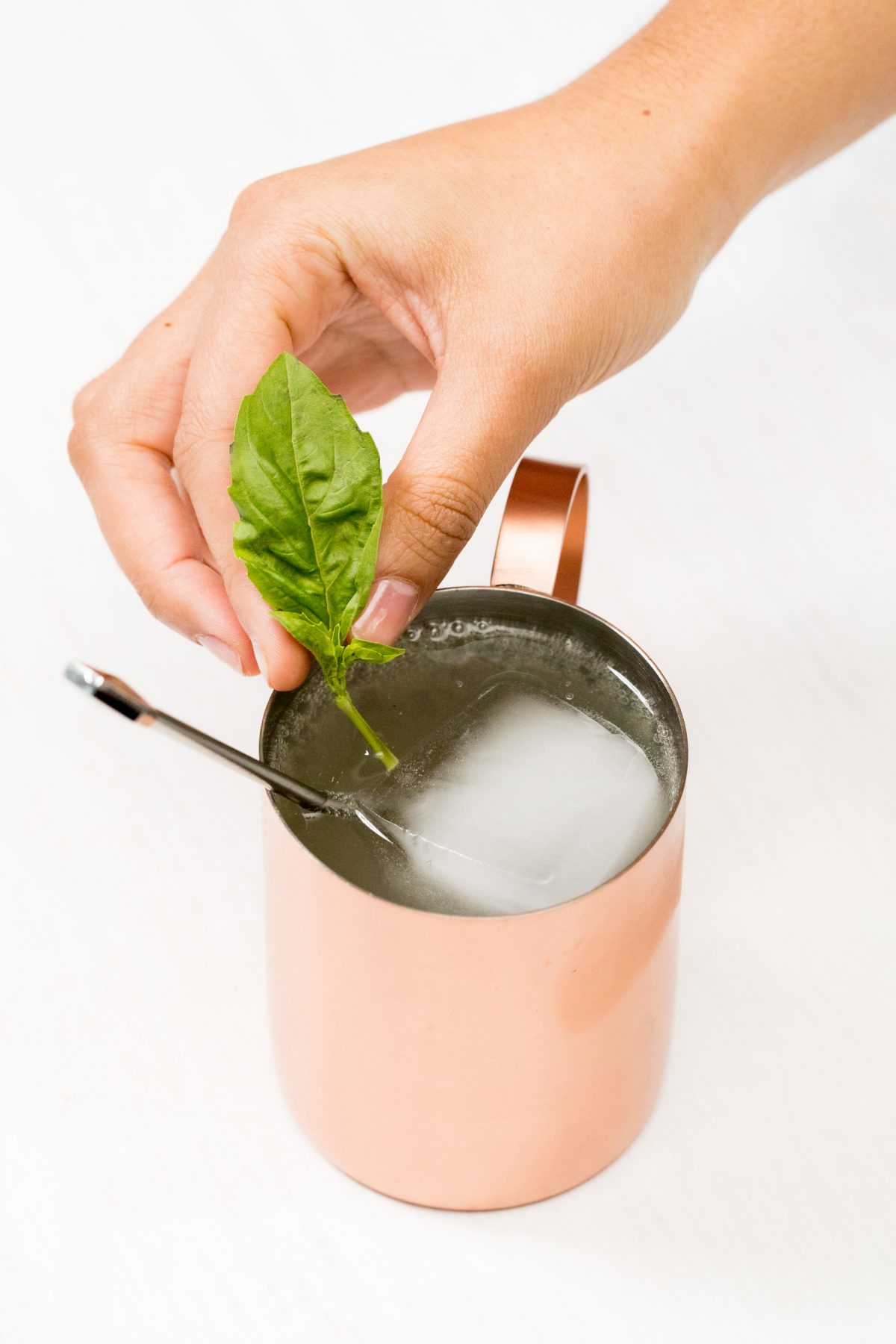 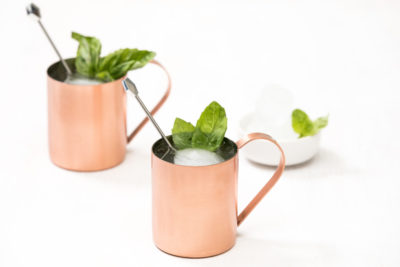