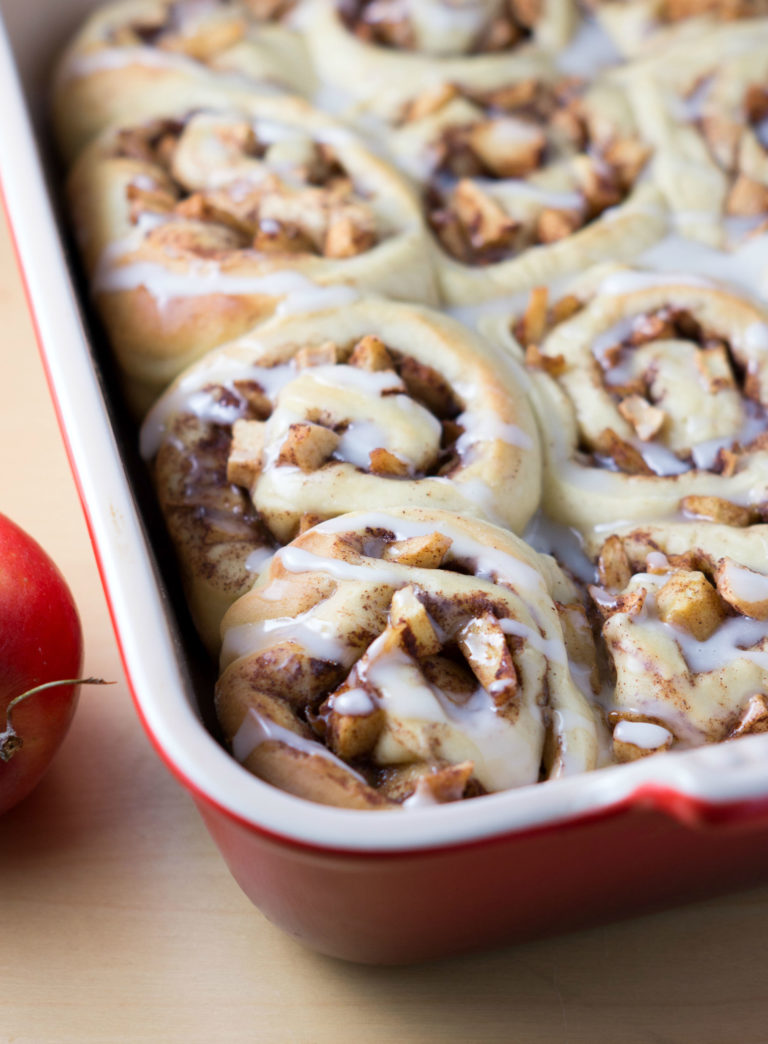 Fill your house with the sweet aroma of homemade baked apple cinnamon rolls for breakfast with this easy recipe.

These soft and chewy cinnamon rolls and filled with sweet chopped apples flavored with cinnamon and nutmeg. For a little extra sweetness, drizzle a glaze over the top with just two ingredients that you probably already have in your pantry: powdered sugar and milk. Not only does the glaze add some sweetness to these cinnamon rolls, it’s pretty too.

These seasonal baked apple cinnamon rolls would make the perfect breakfast on Thanksgiving or Christmas morning. The kids will especially love them, and they will keep everyone satisfied until the big feast. You can make these ahead of time and freeze them for later for a quick and convenient homemade breakfast. 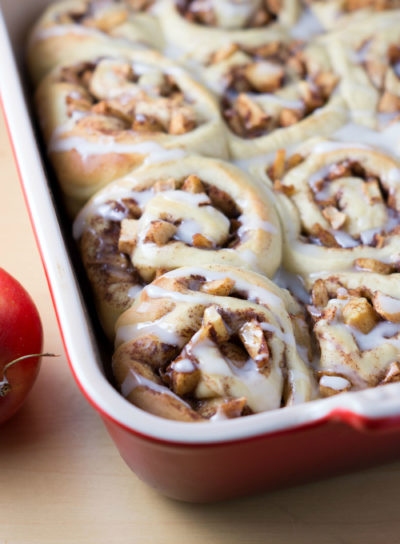 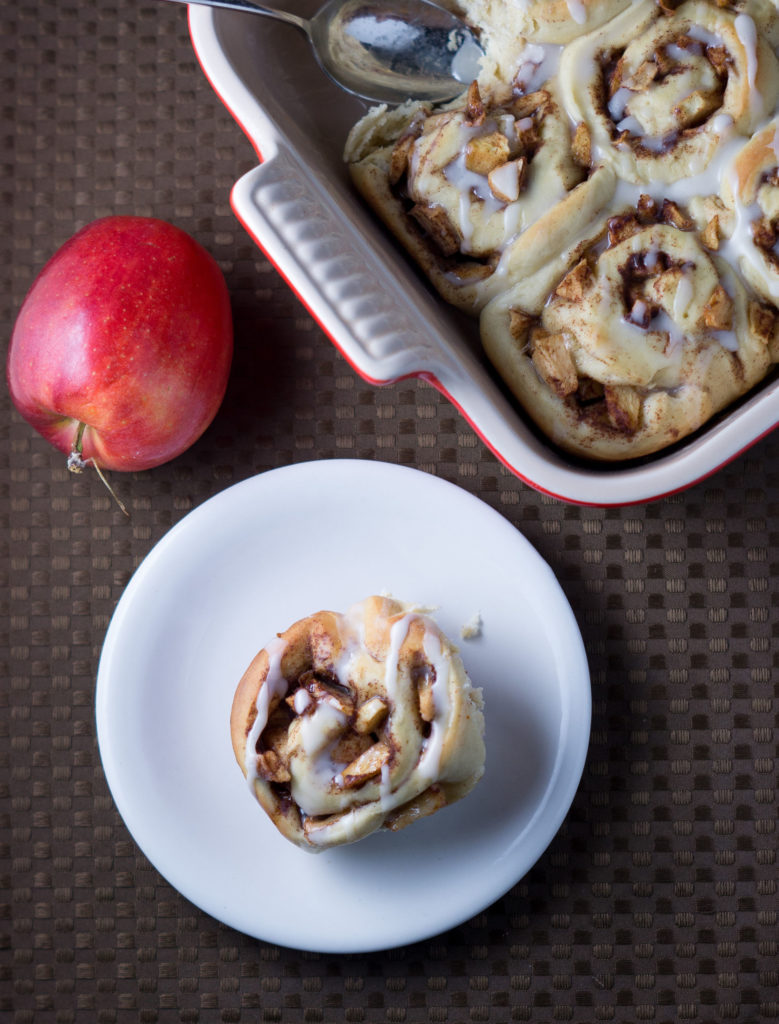