What is Groundhog Day — and how (and why) do we celebrate it? 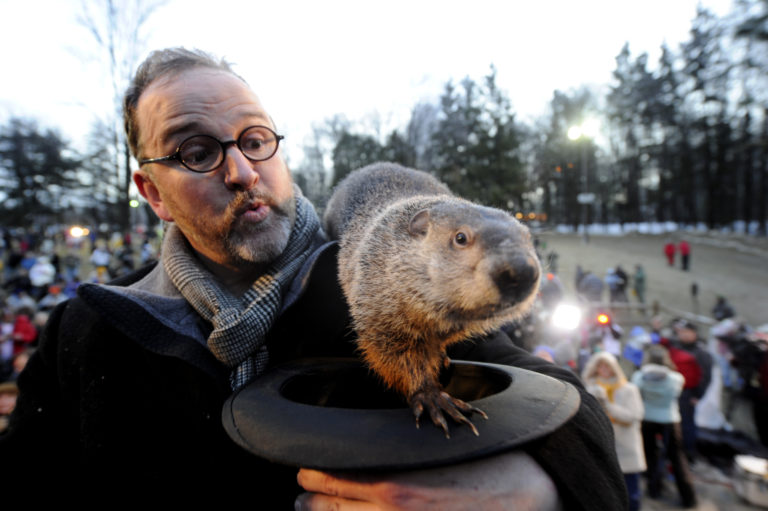 Celebrated on February 2 each year, Groundhog Day is one of America’s long-standing traditions. It is mostly an American and Canadian holiday with German and Dutch roots. On this day, millions of viewers tune in to see Punxsutawney Phil’s weather report each year. But what is this holiday all about and how do we celebrate it?

Feb. 2 marks the midpoint of winter. The day was traditionally used to predict the weather for the year ahead. The day comes from an old German tale that badgers could predict the coming of spring. As German immigrants settled in Pennsylvania, groundhogs were more prevalent than badgers. So the tradition carried on with the groundhog.

It it said that if the groundhog sees its shadow, due to a clear sunny day, winter will go on for six more weeks. If it’s a cloudy day and the groundhog doesn’t see its shadow, spring will come early. This was useful to farmers who were looking to determine when to plant their crops.

The first celebration of Groundhog Day took place in Punxsutawney, Pennsylvania, in 1886. As a result, this is still where the largest Groundhog Day celebration is held today. Punxsutawney’s groundhog is named Punxsutawney Phil. He lives in Gobbler’s Knob near Punxsutawney and is cared for all year long by the Punxsutawney Groundhog Club Inner Circle. Each Feb. 2, the groundhog is helped onto the top of a stump and tells the president of the Inner Circle his verdict. Although over the years there has been shown to be little correlation between the “prediction” and how long winter ends up actually being, the tradition continued, and the fun folklore has been passed down.

This great event is now televised and watched by millions of people to celebrate the holiday. The Punxsutawney Groundhog Club hosts a three-day celebration of entertainment and activities.

Many other cities have developed their own ceremonies with different groundhogs. Groundhogs from Birmingham Bill to Staten Island Chuck to Shubenacadie Sam in Canada all have their own local ceremonies. People will either go to their own city’s ceremony or watch it live on television. After the viewings, folks enjoy a meal and a beverage. Typically the drink is some version of groundhog punch, which is a mixture of vodka, milk, eggs and orange juice.

No matter how you celebrate the day, there is no denying Groundhog Day is a classic American tradition. So why not use the day as an excuse to celebrate with some groundhog punch?